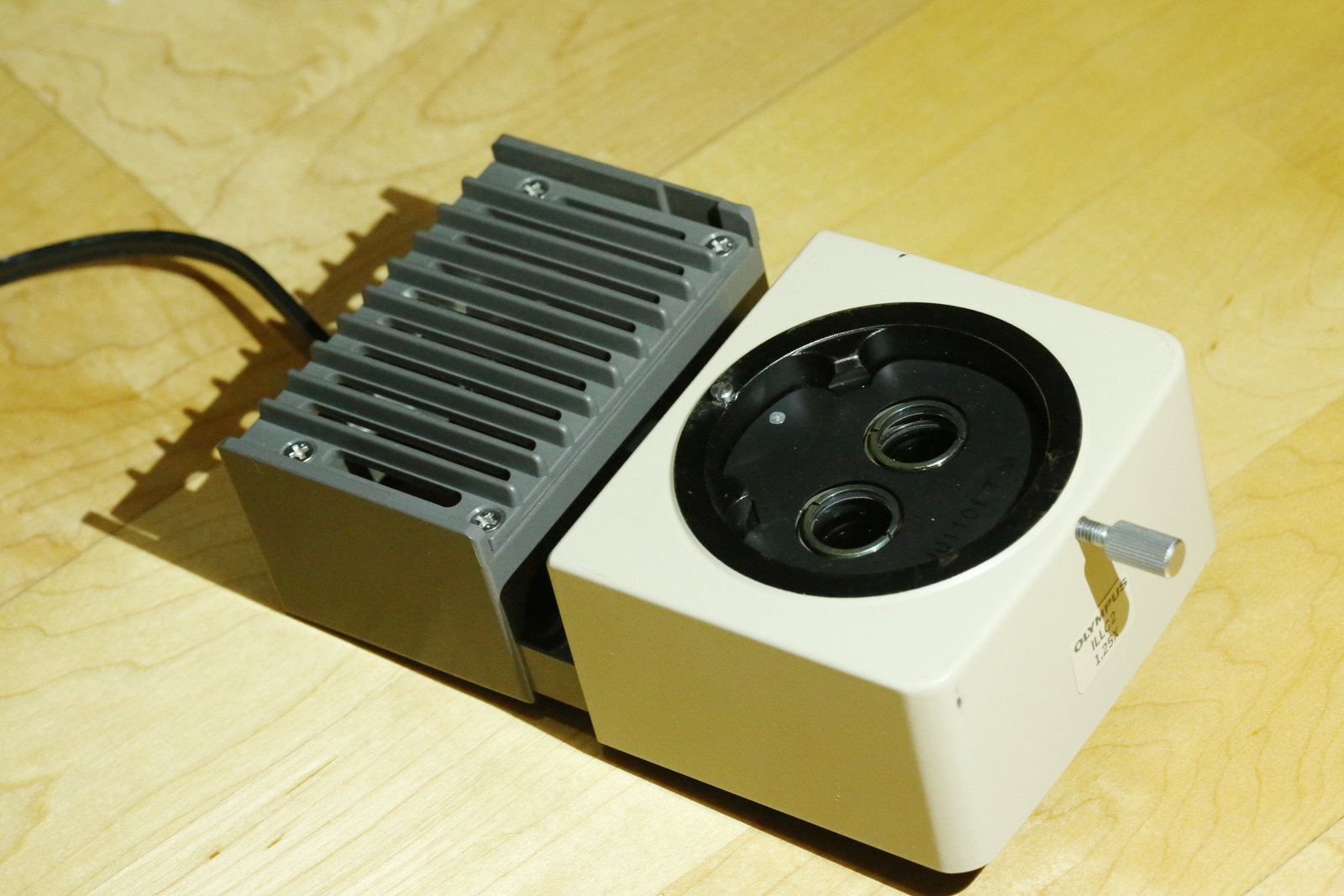 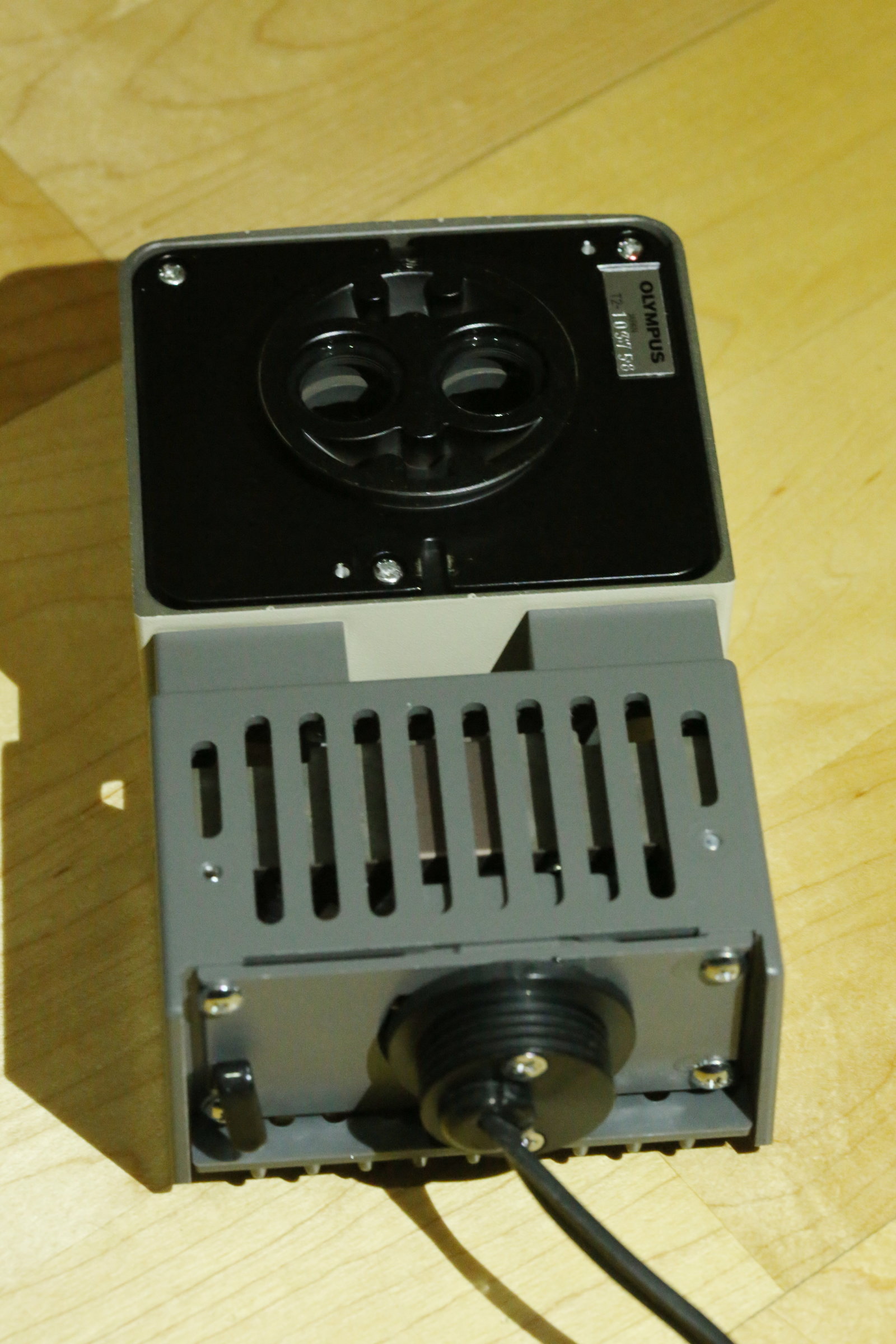 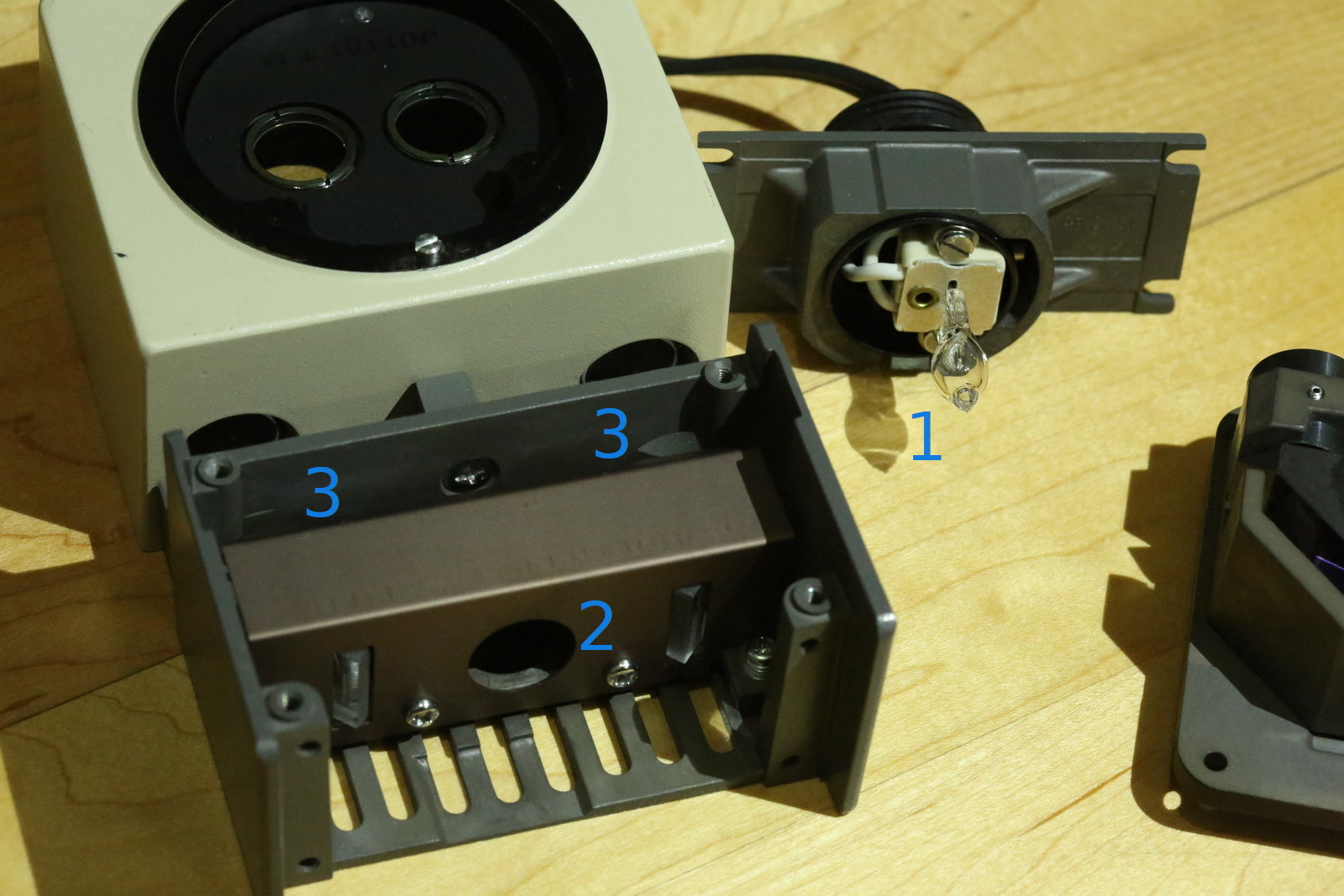 The light from a single 6V20W halogen bulb (1) is projected onto two 45° mirrors (2). The two resulting lightbeams then enter the two holes in the coaxial lighting tube´s housing (3). 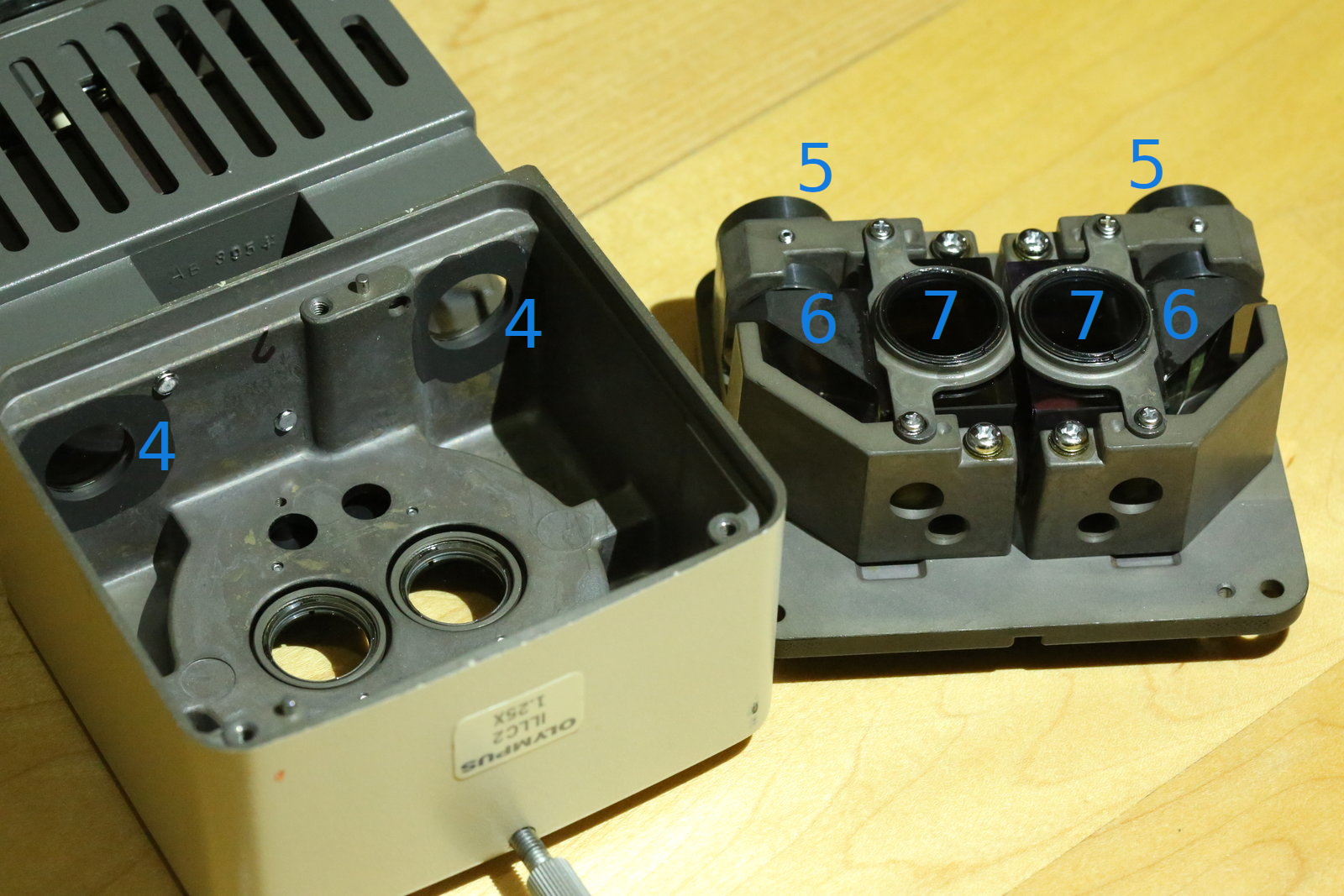 With the coaxial lighting tube opened up, we can see these two holes from inside (4). The light is sent trough two lenses (5), a pair of prisms (6) and two beam splitters (7). Thus the light from the bulb is coupled into the microscope´s two optical axes, leaves through the common main objective and falls vertically onto the observed object(s). The SZH-ILLC2 has a 1.25X magnification factor.

As the halogen lighting generates more heat than light, I have modded the ILLC2 to use two 4500K high power Cree LEDs - the recent XHP70.2 to be more precise. For passive cooling I use a salvaged heatsink: 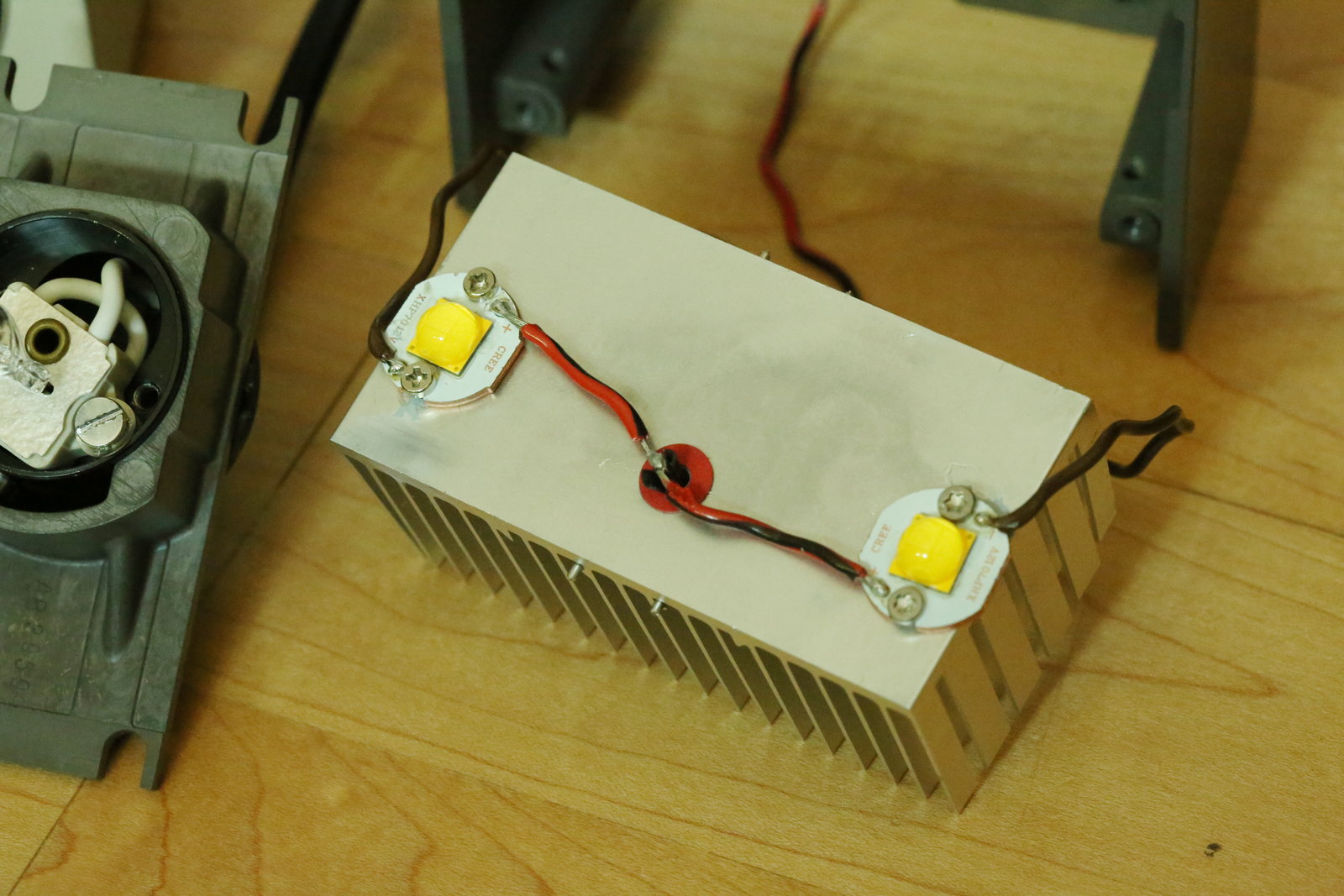 The heatsink has about the right size to fit into the old mirror/lamp house. 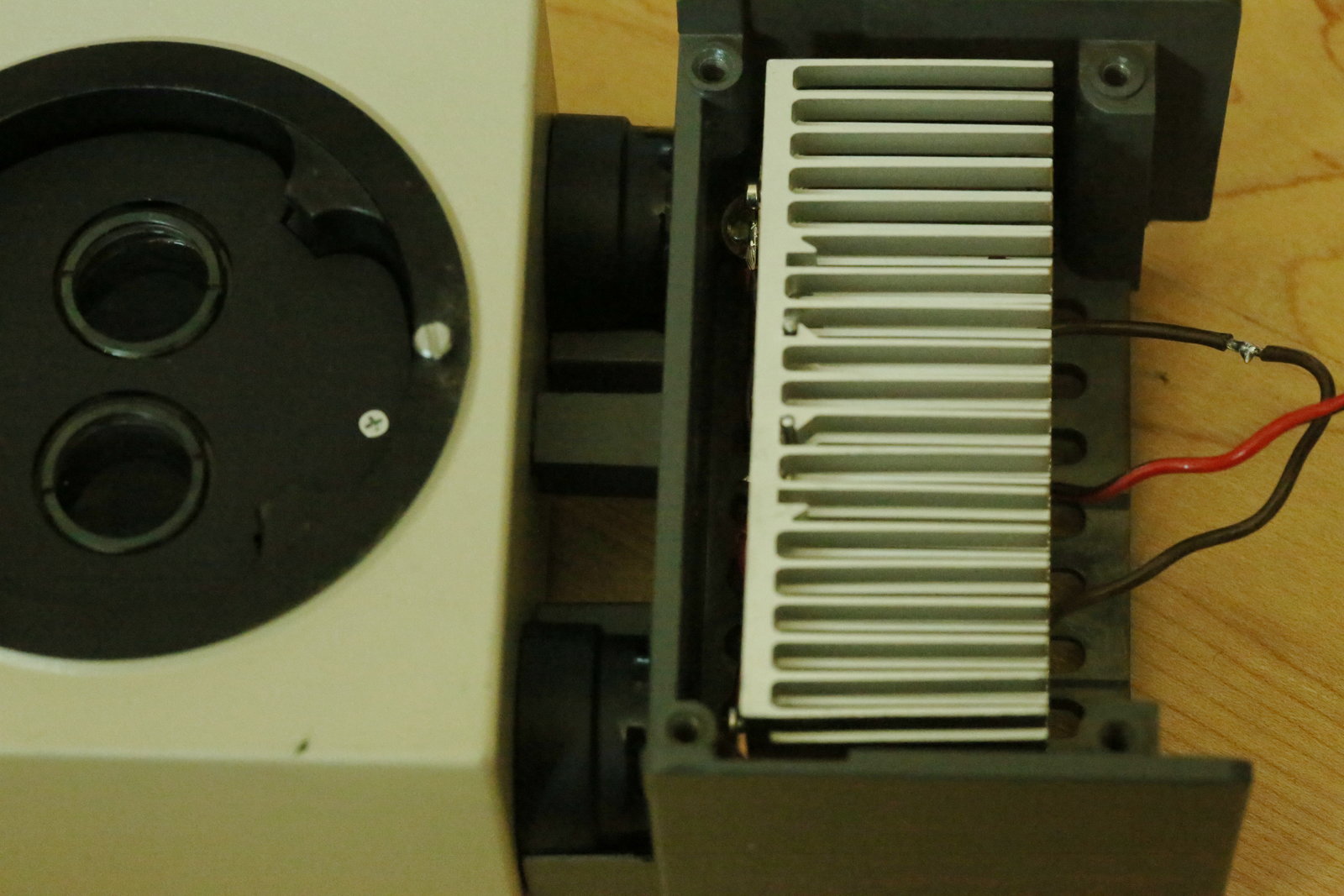 To bridge the gap between mirror/lamp house and coaxial lighting tube, I have used the plastic tube housings of two broken microscope objectives: 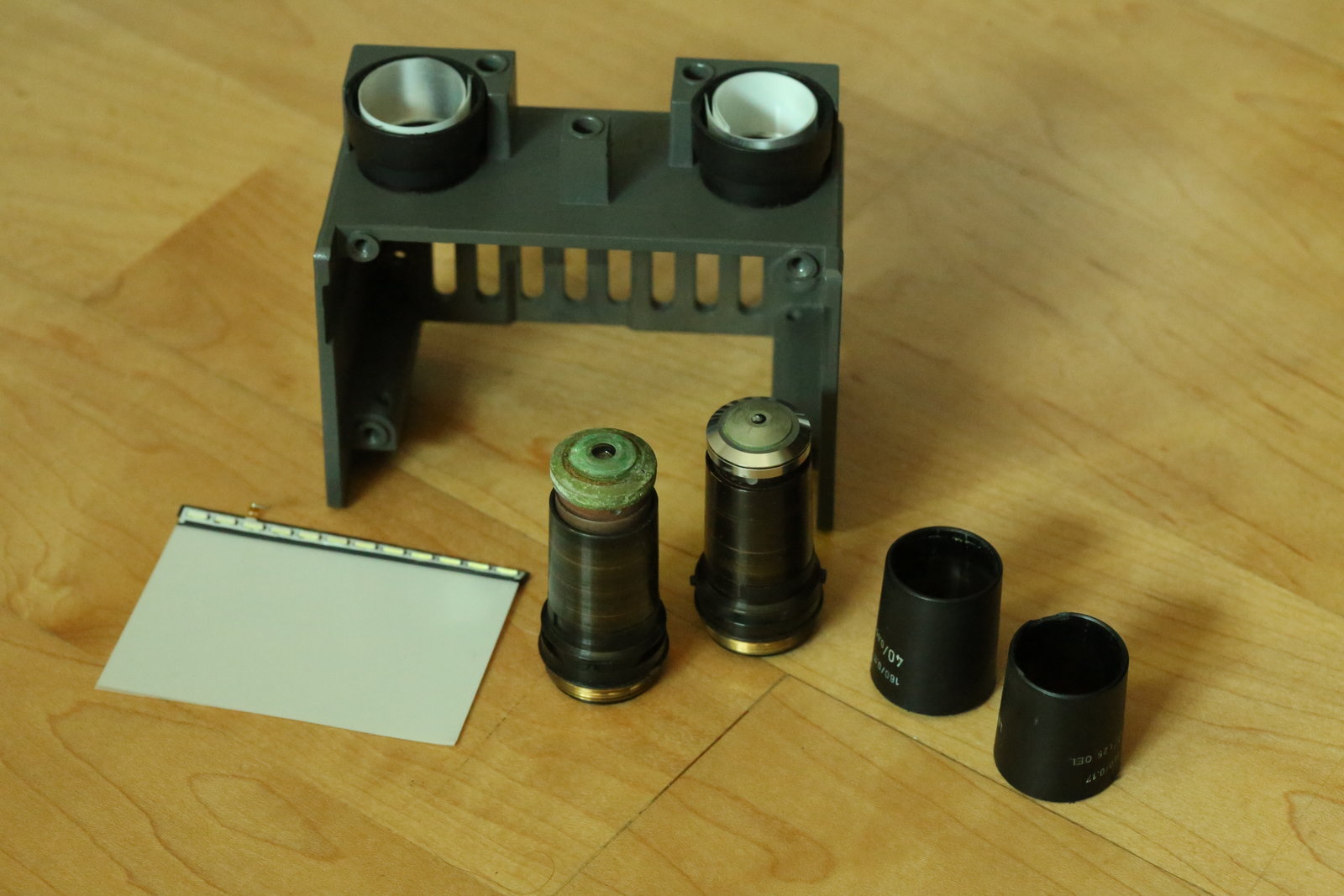 The white foil(s) on the inside of the plastic tubes are cut-down backlight diffuser/prism films from a broken smartphone LCD. 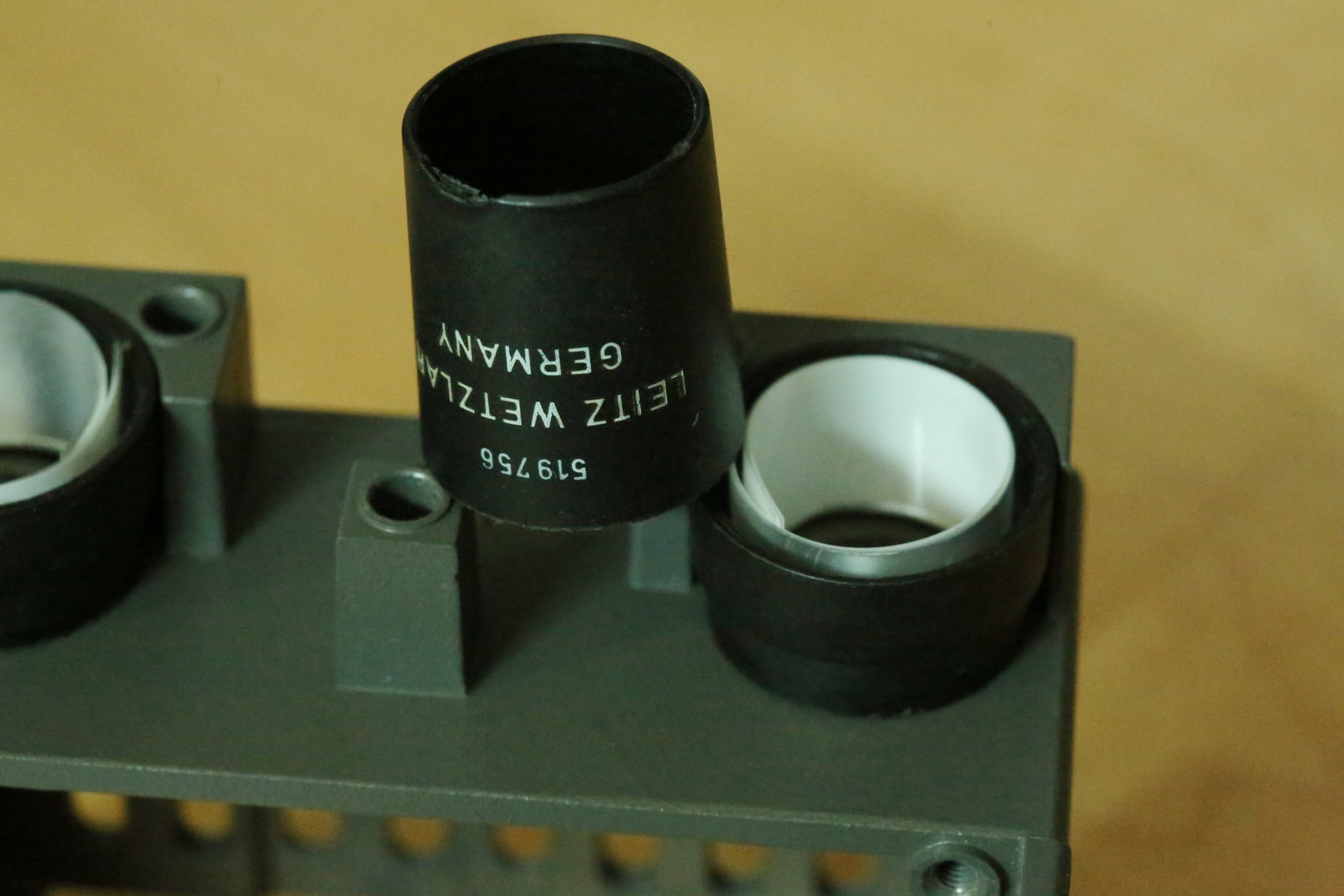 Below, the LED-enabled ILLC2 in action. As the thermocam pictures show, the XHP70.2 core temperature stays well within specifications (pictures taken 30 mins after power-on, at 27°C ambient temperature -> some call it summer...). 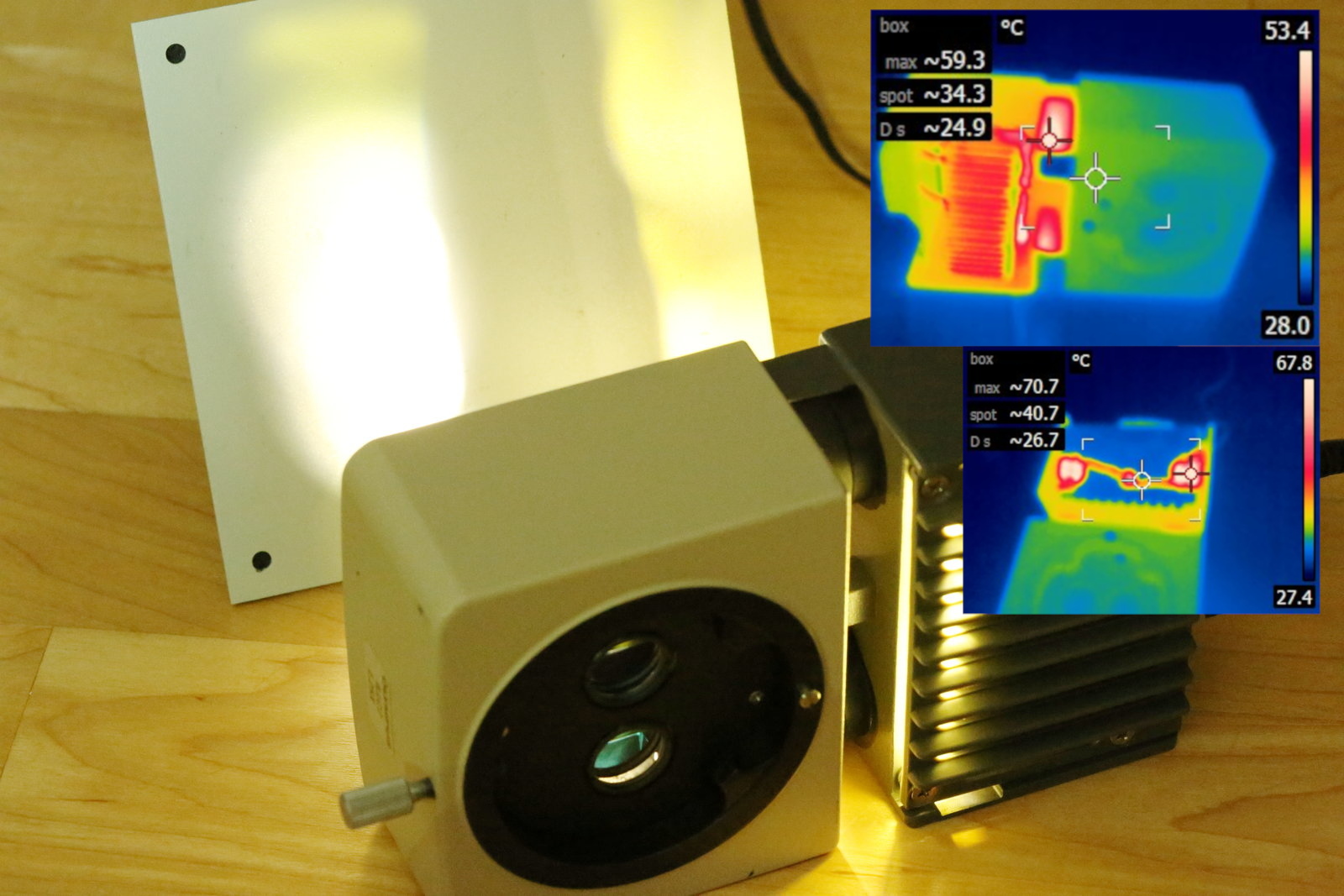