This article covers the revision of an Eterna Eternamatic - not only one of the first mass-produced automatic watches that worked reliably (other designs of the time often had inefficient self-winding mechanisms and the tendency to require some additional hand-winding to run continuously), but also the first one to use a ball bearing for its rotor. 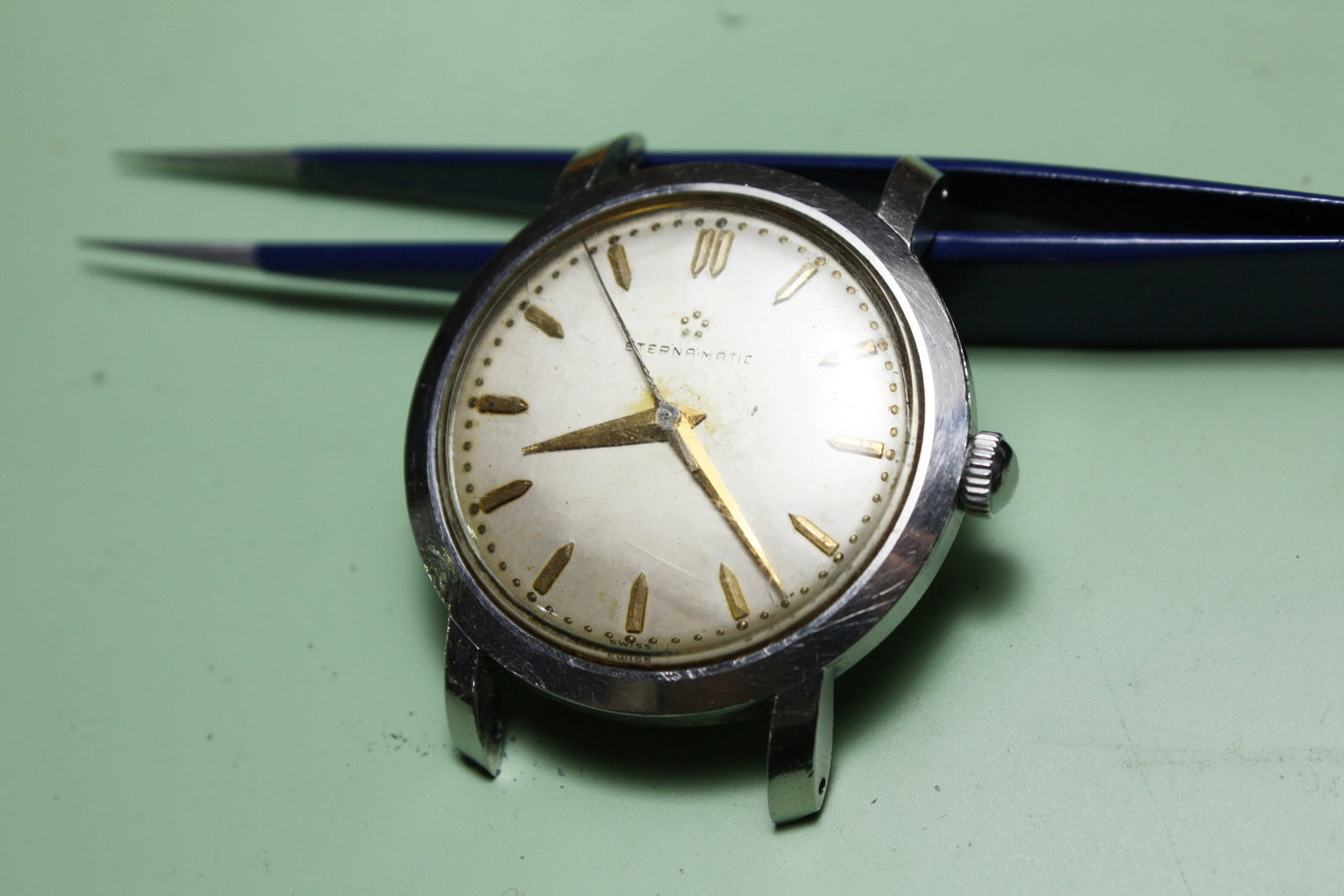 According to the dating function on mikrolisk.de it´s really quite old - produced around 1949. This might also explain the dial´s yellow patina and the dirty and worn caseback: 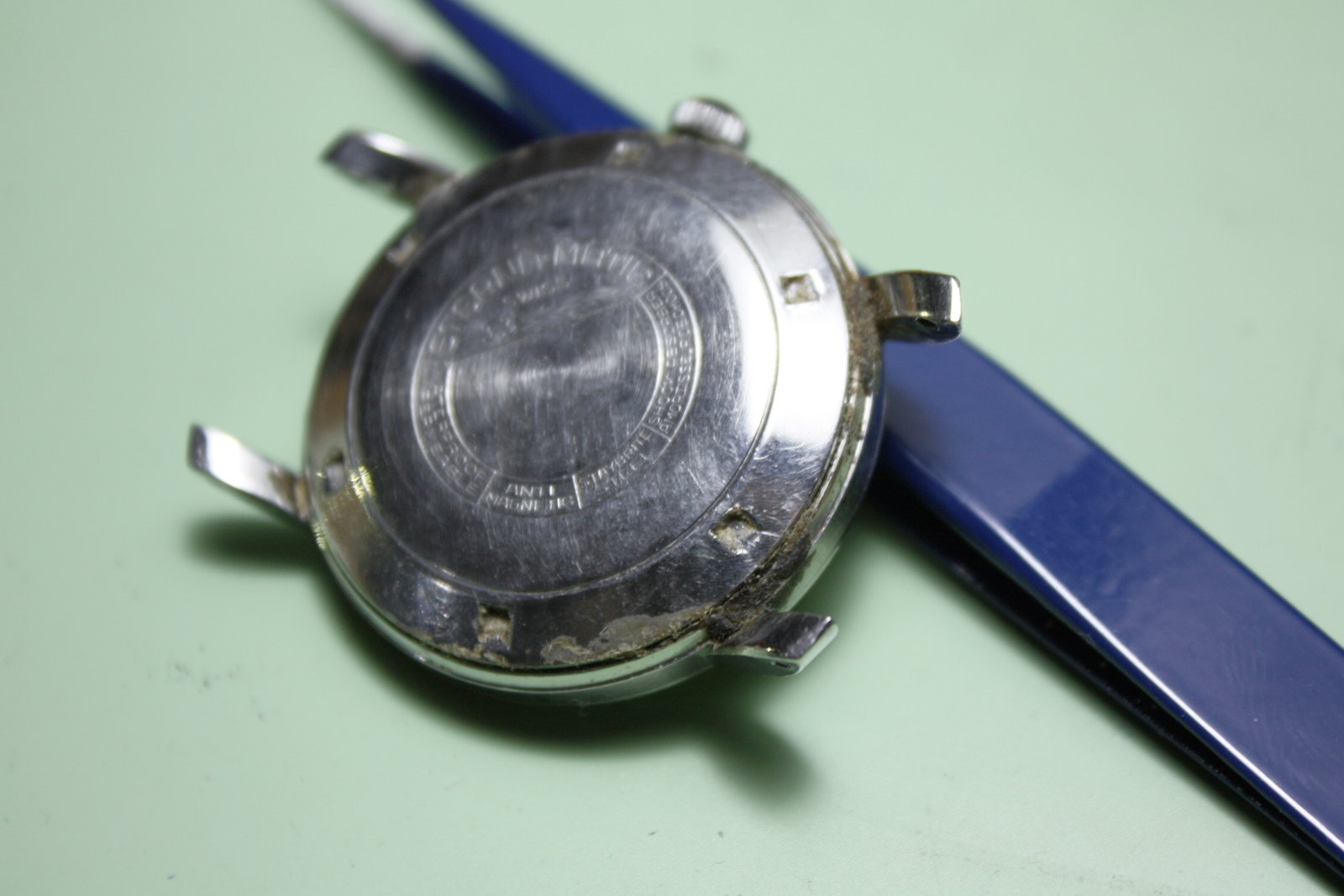 In contrast, the 1249T movement is exceptionally beautiful and even features one of the rare golden rotors as they were only used for the first movements of the line. 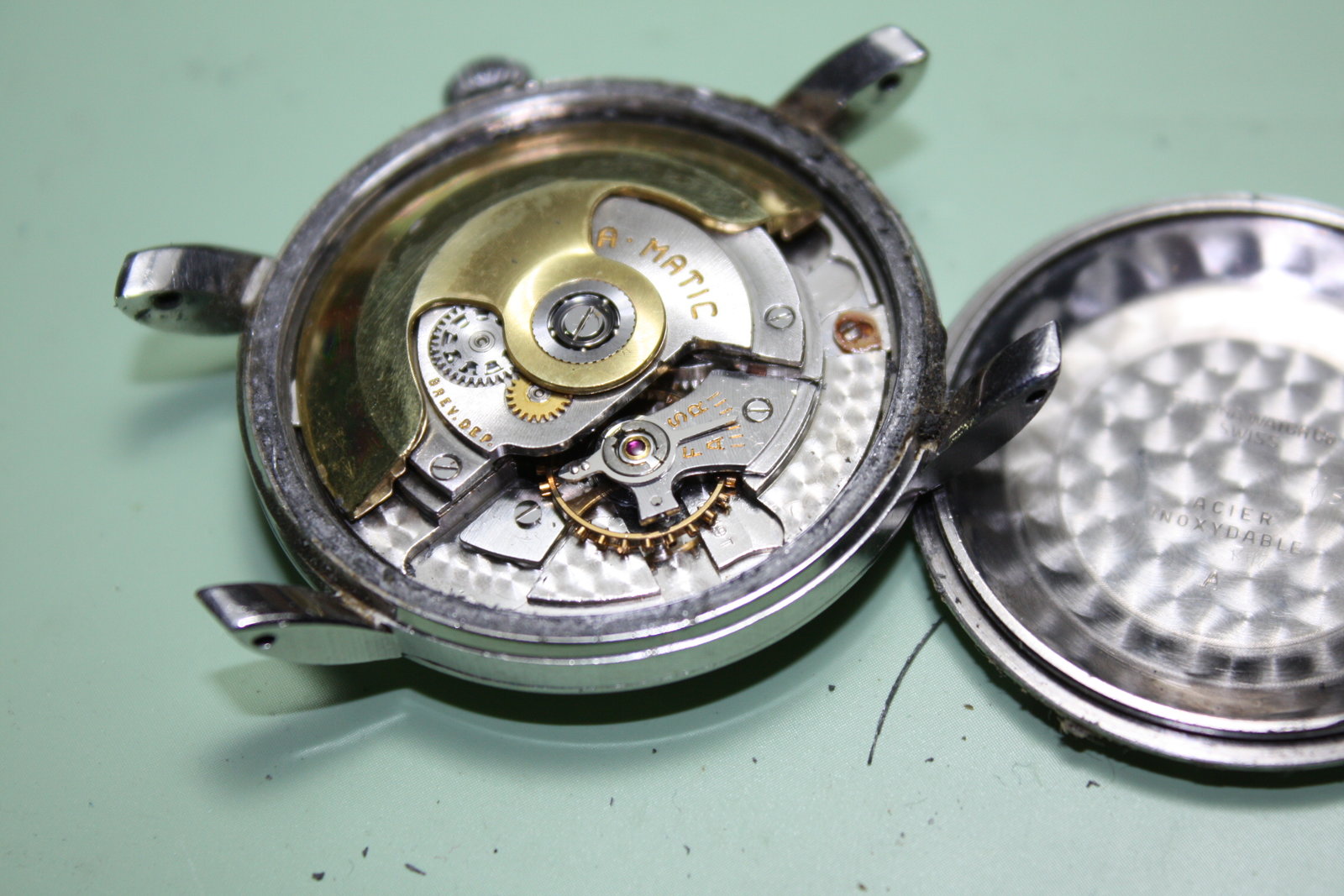 The rotor´s ball bearing has five steel beads which also became Eterna´s official logo (check back for this article´s first photo if you can´t remember !-). 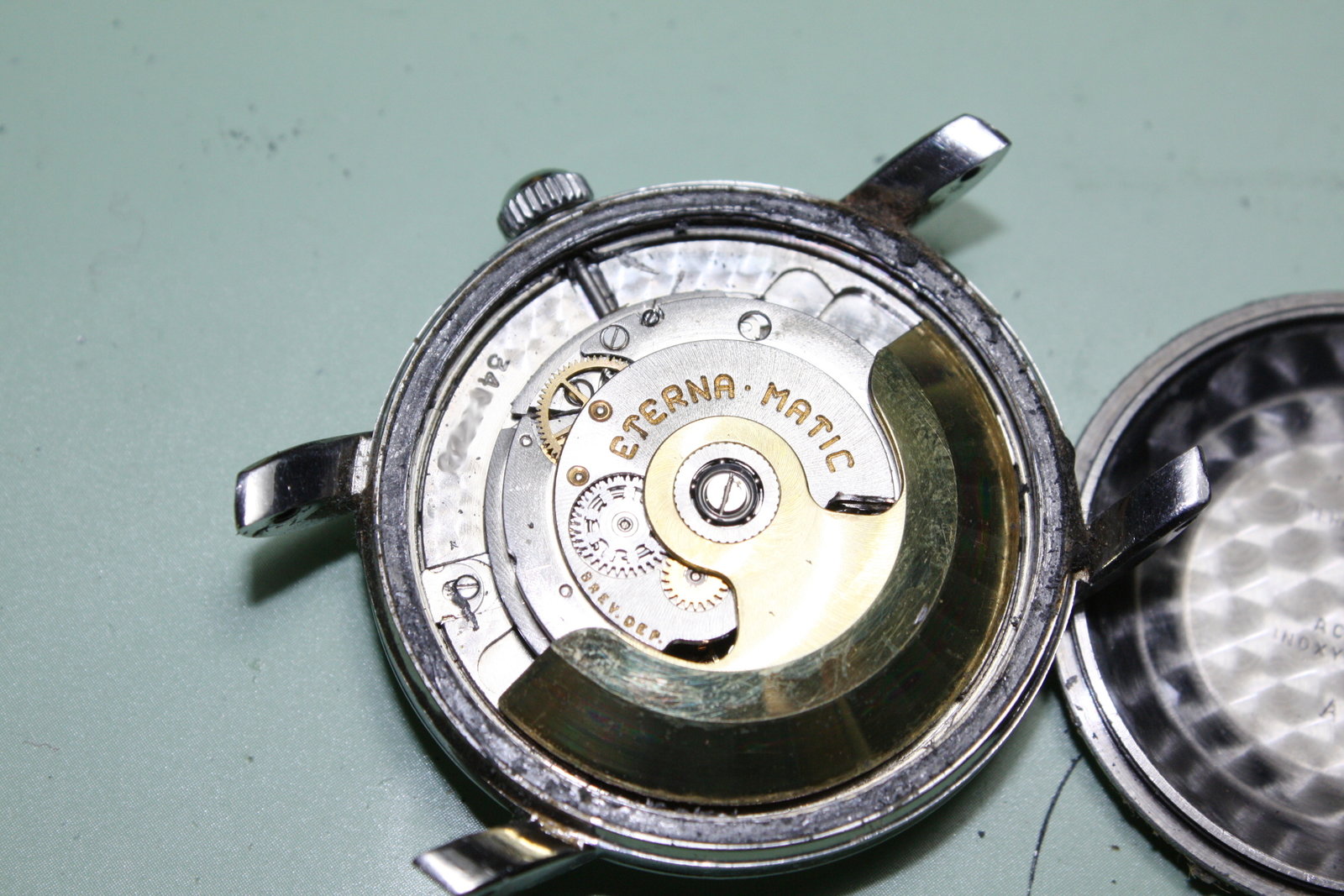 The watch still works, but the timegrapher shows that a service is really necessary. 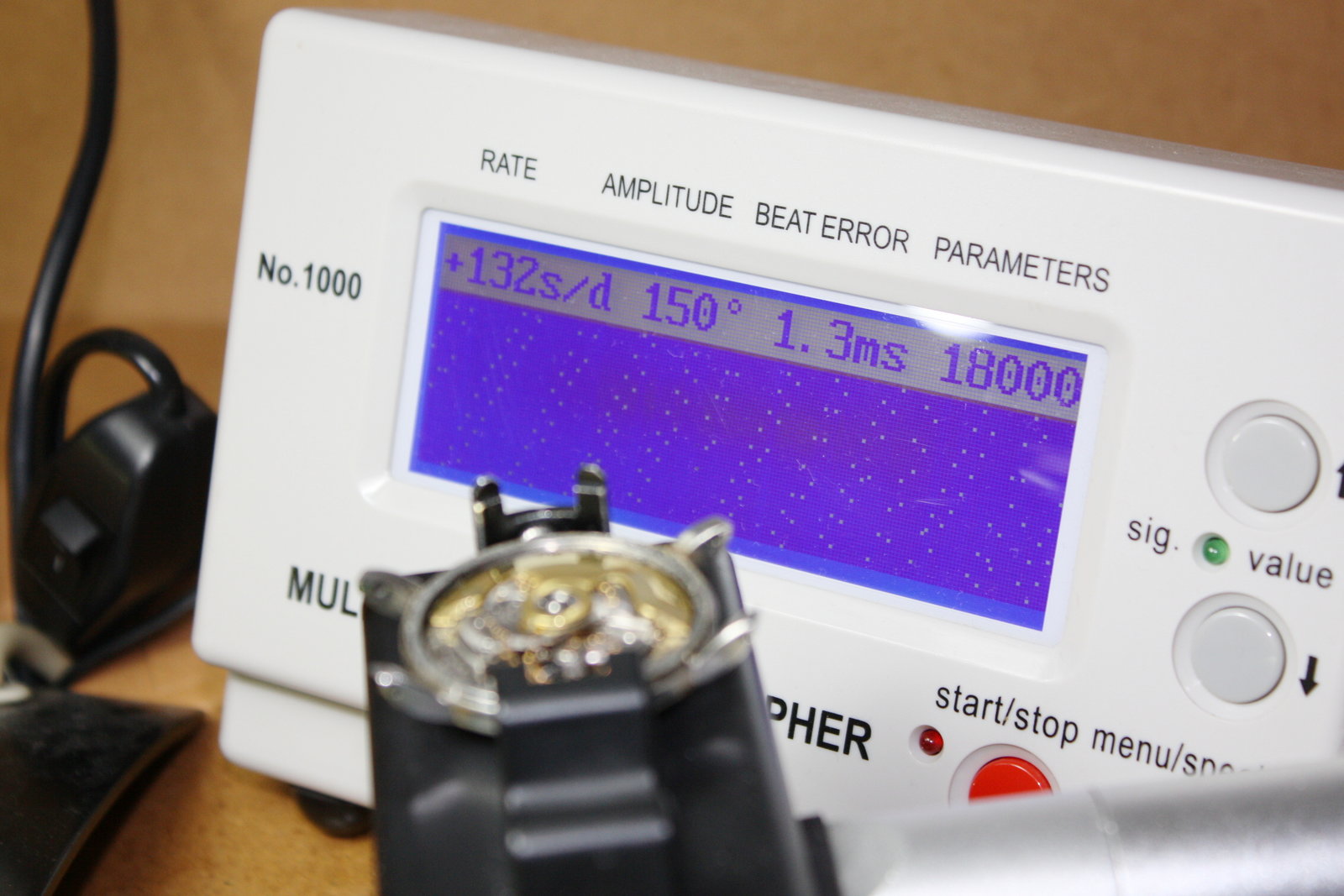 The movement leaves its case - probably for the first time after decades... 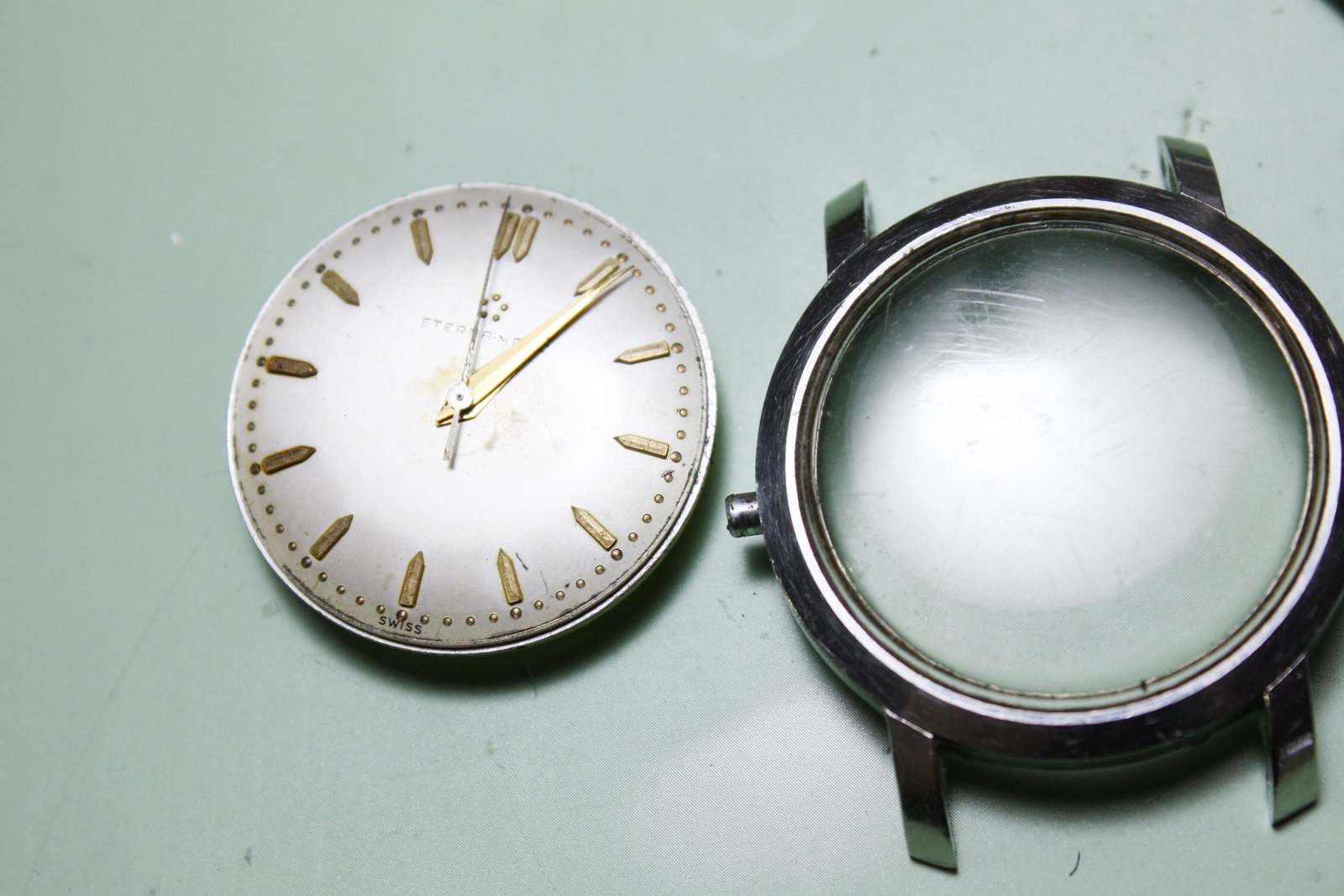 Not much happenig under the dial... 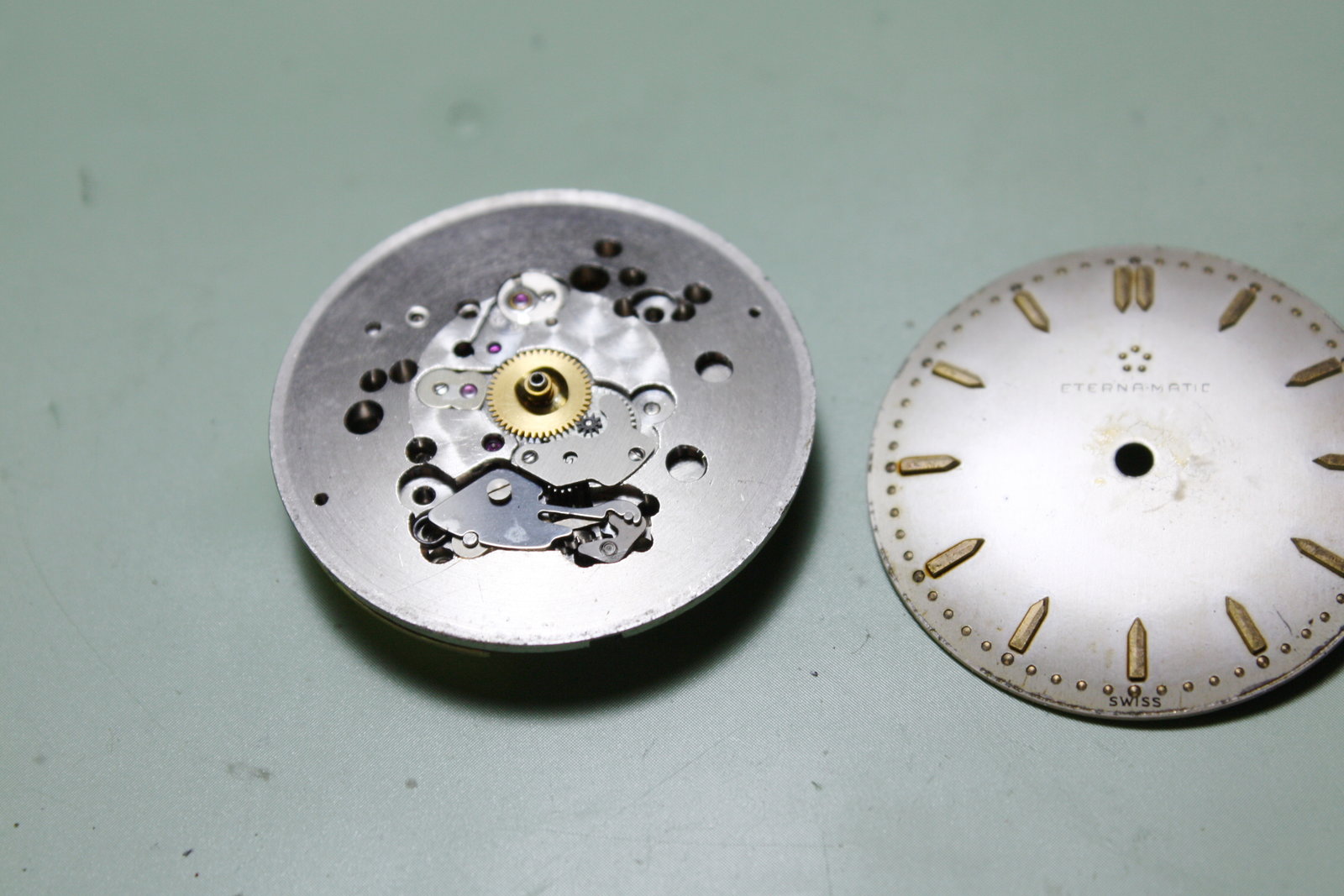 The case and crystal will need some work: 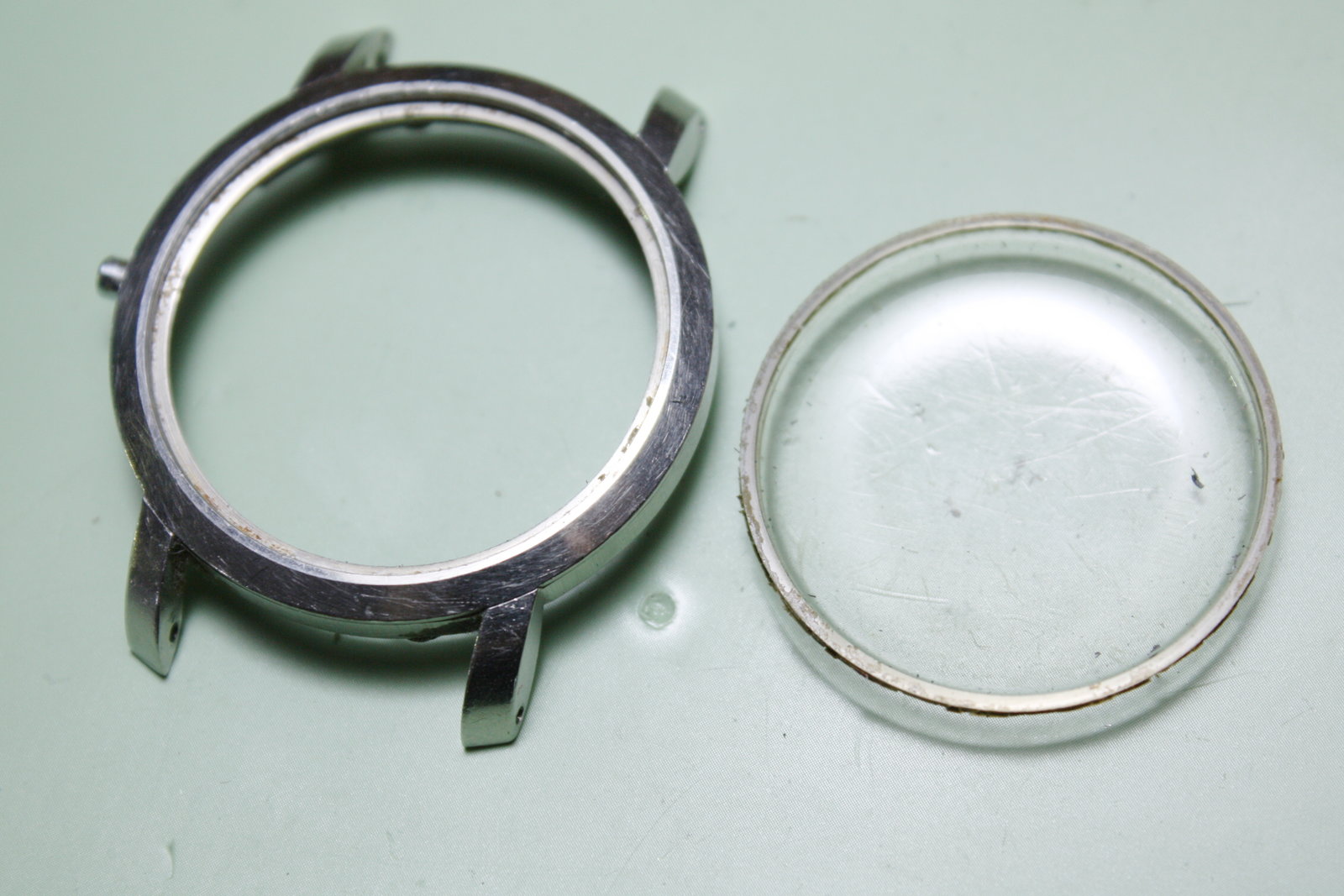 The case sealing was made from soft metal...not unusual back then. 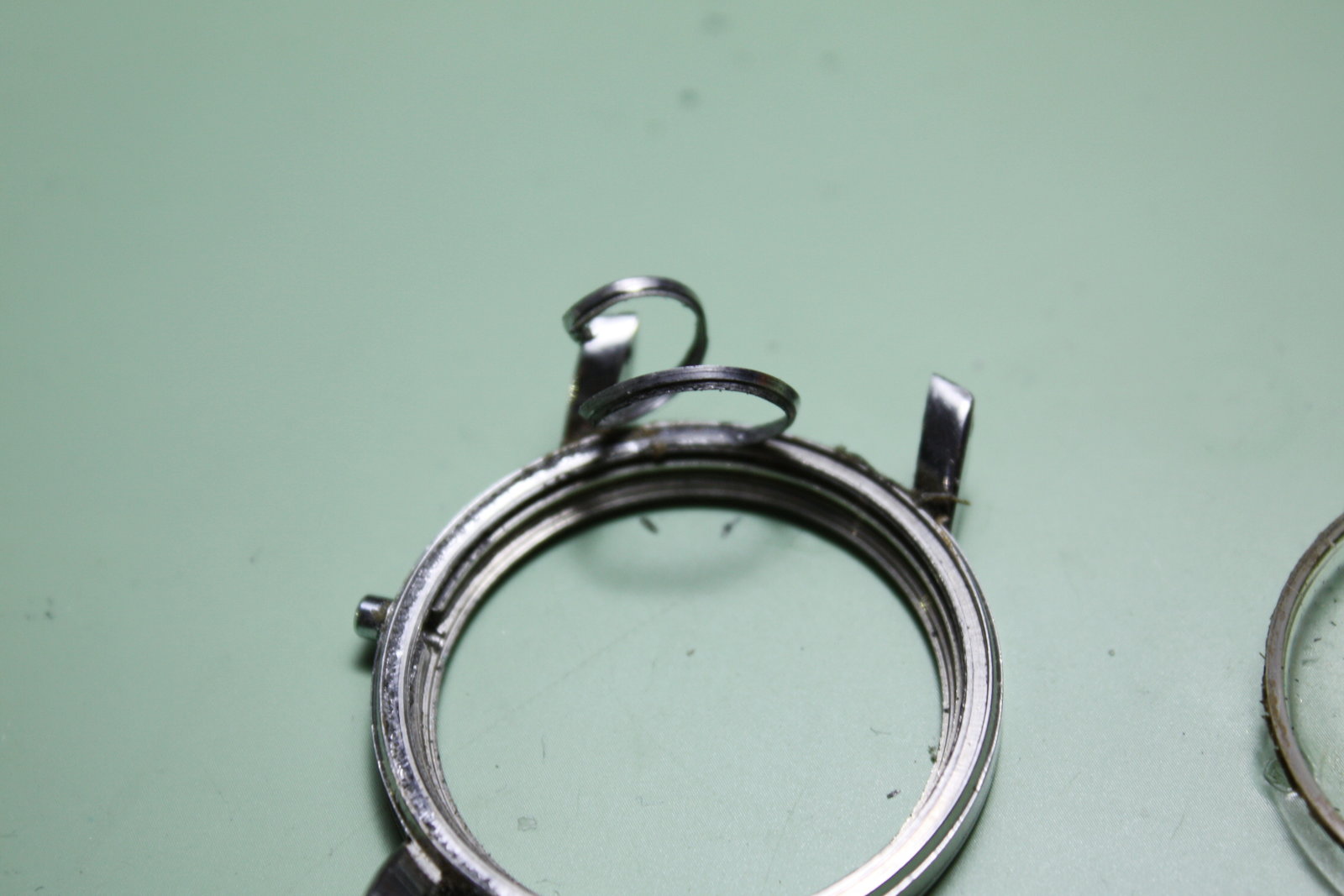 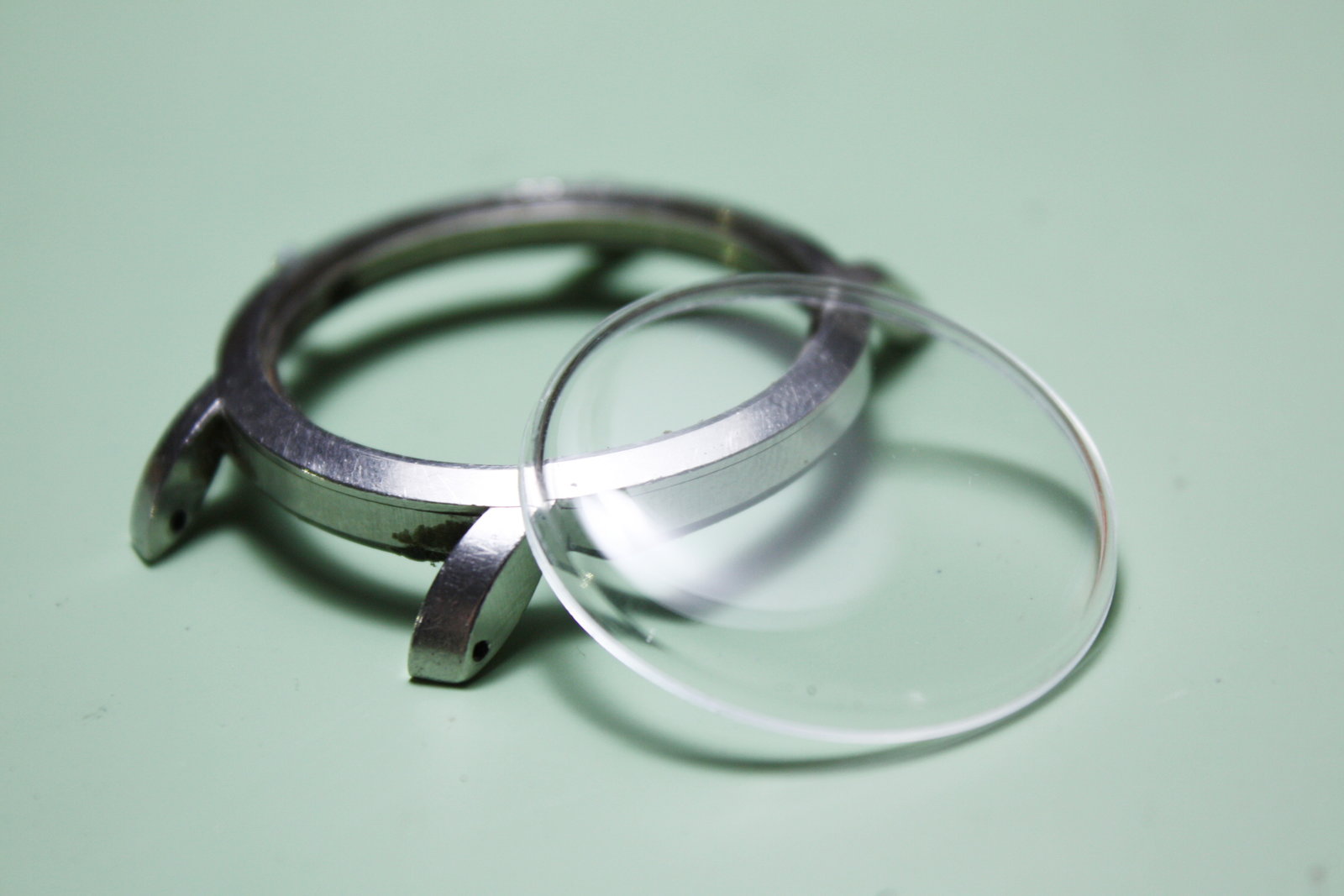 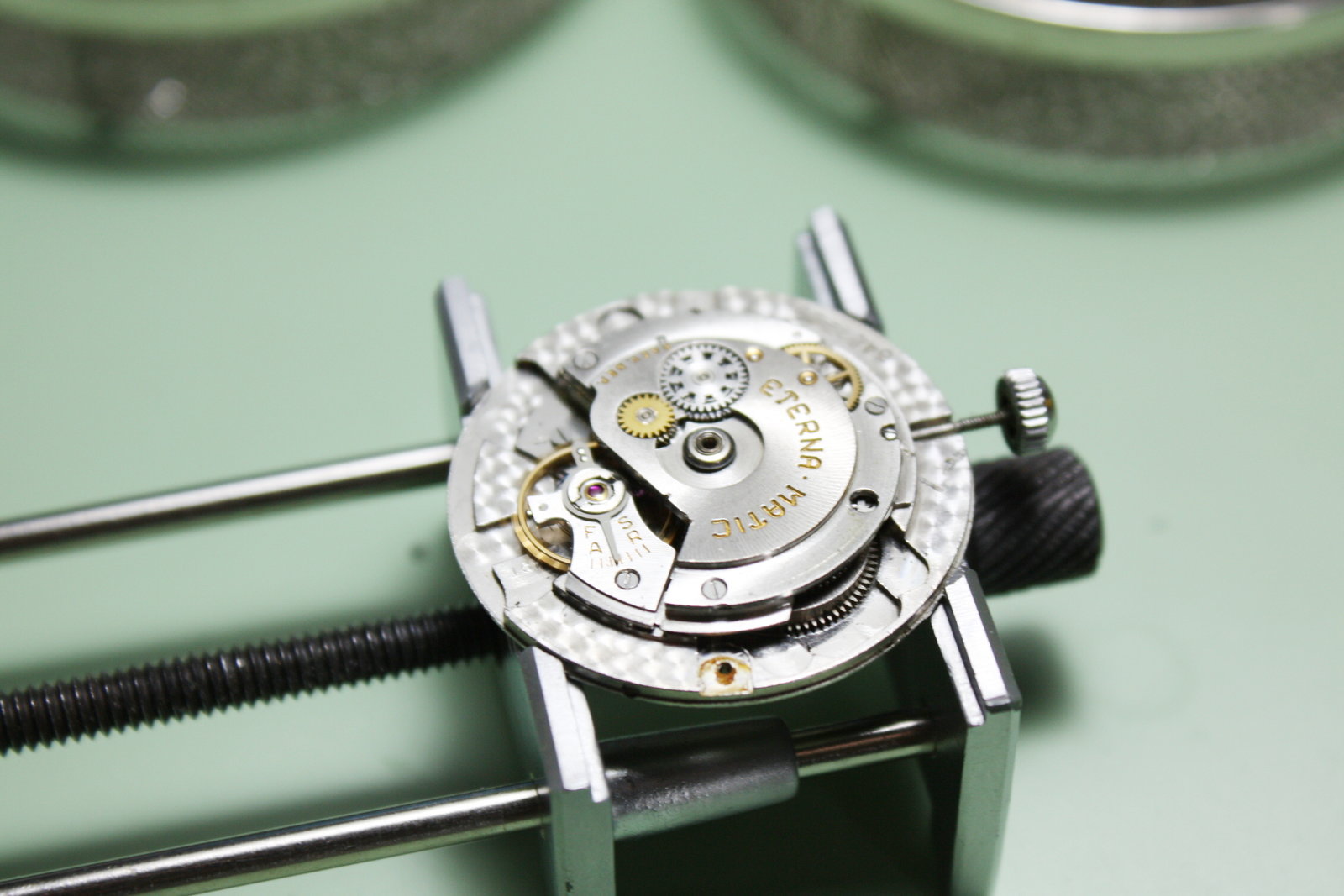 The bidirectional self-winding system already shows some of the DNA of the later ETA movements (and yes, ETA actually derived from Eterna). 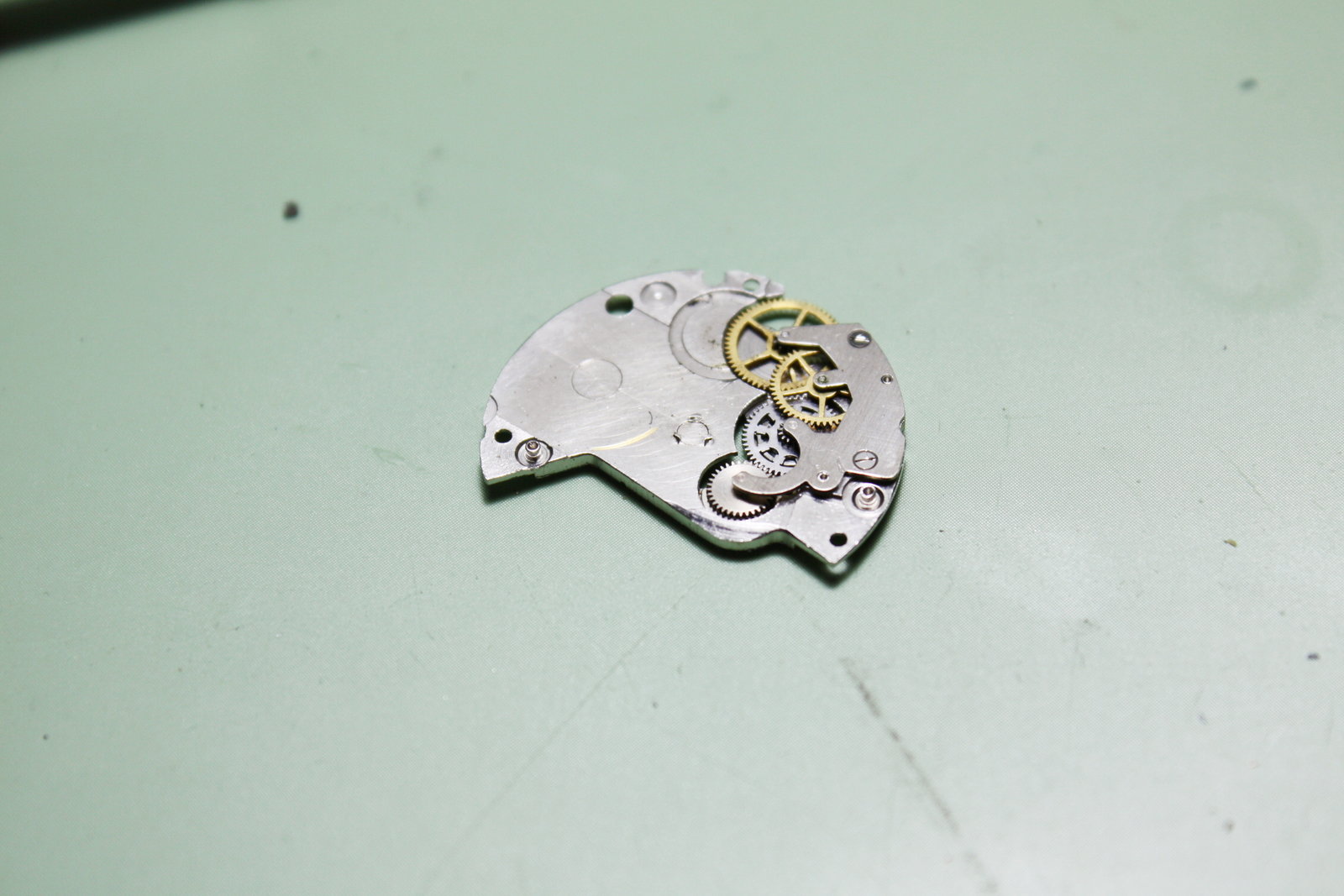 The plating under the automatic wheels has already worn away. 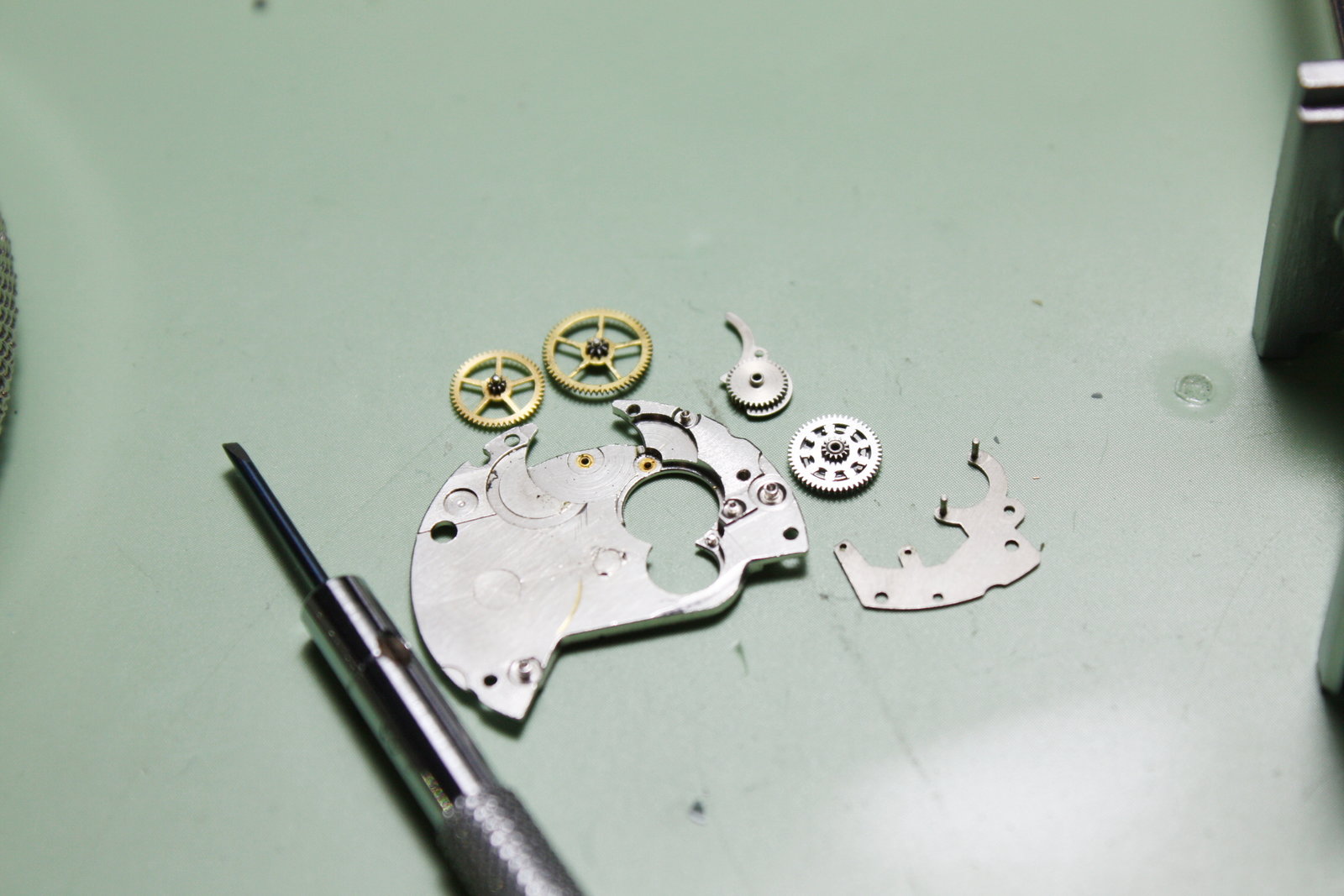 Without the self-winding module the watch still looks and behaves like a hand-wound watch. 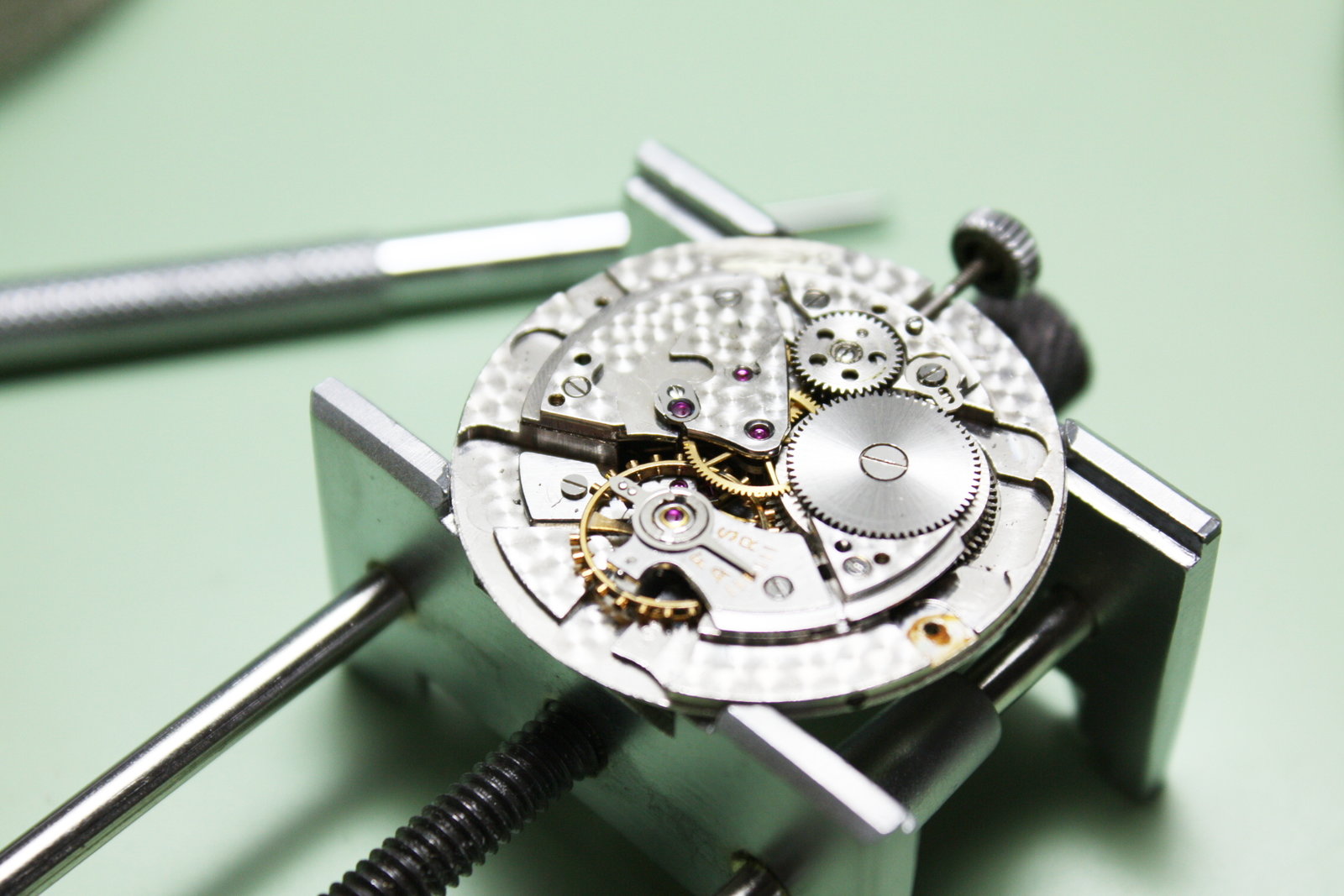 The wheel train bridge prior to being removed... 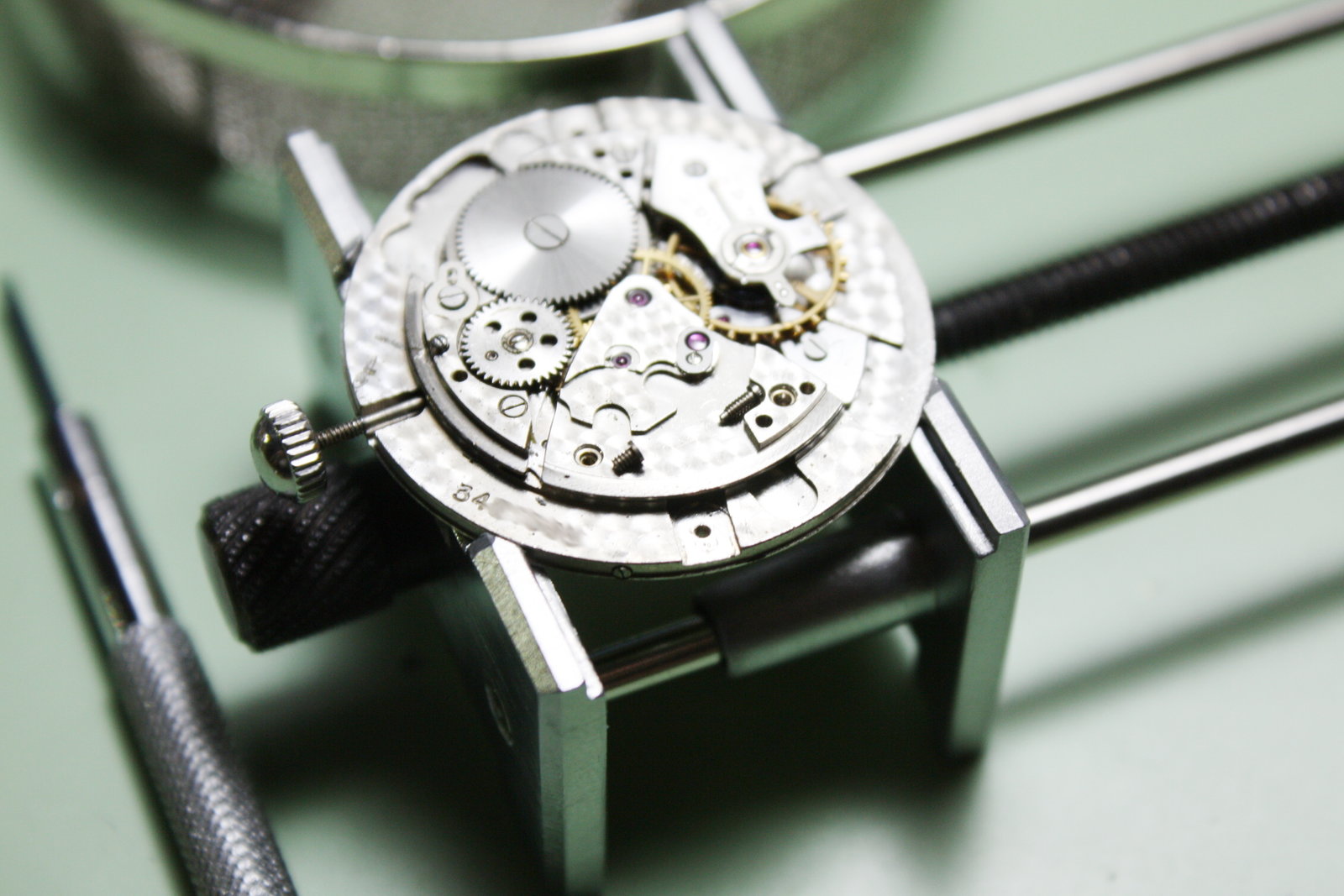 The three-part wheel that couples the automatic module in: 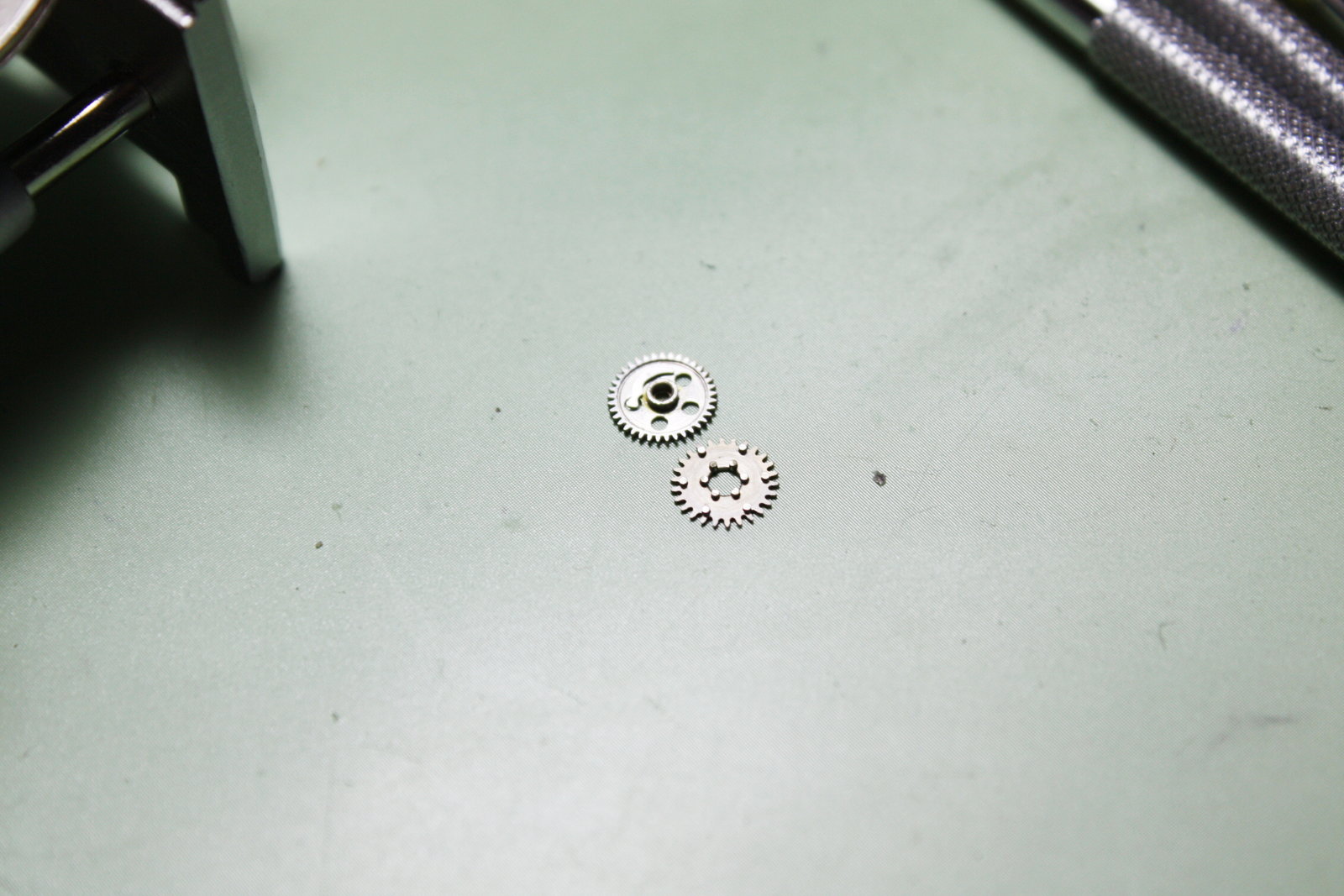 Under the barrel bridge: 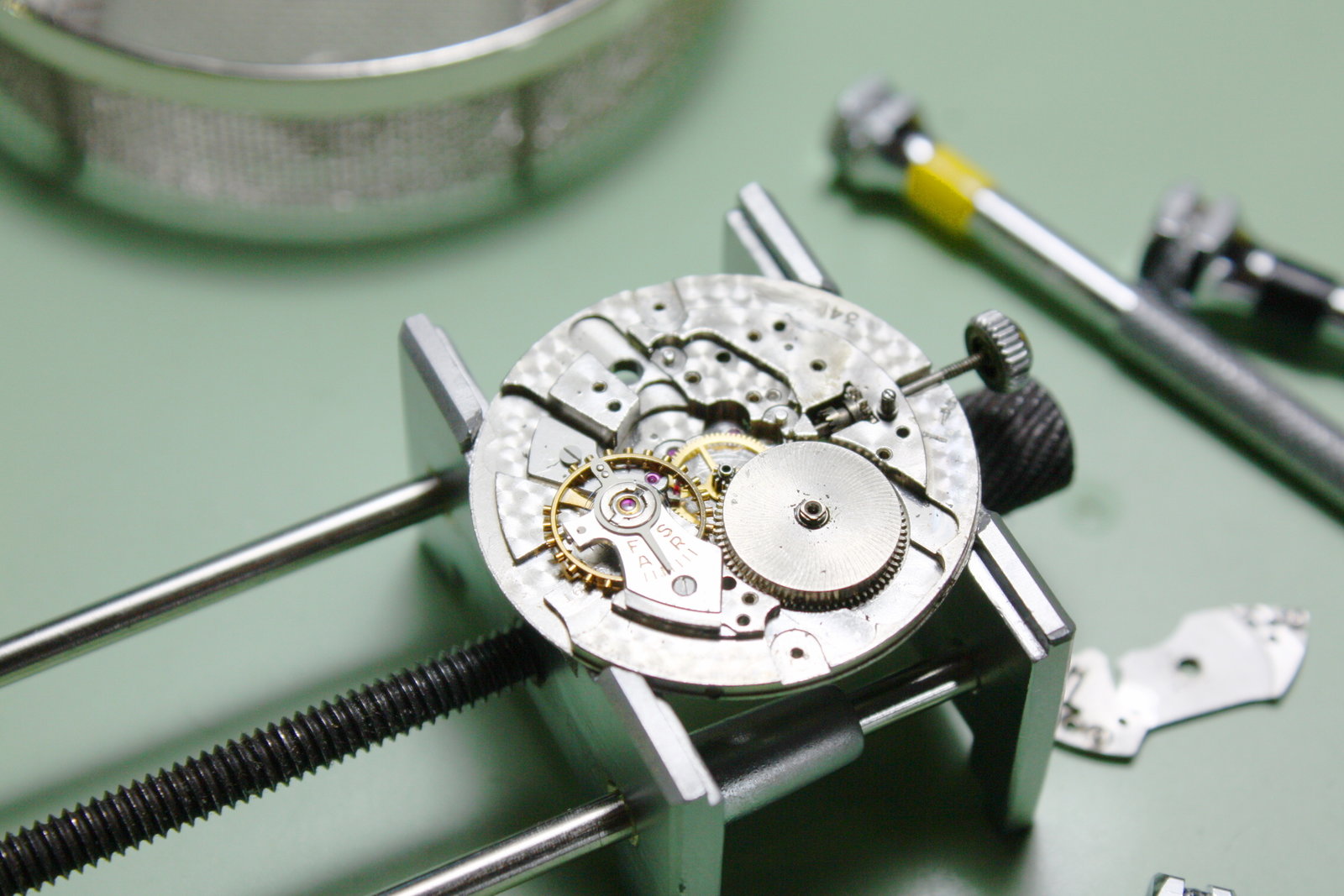 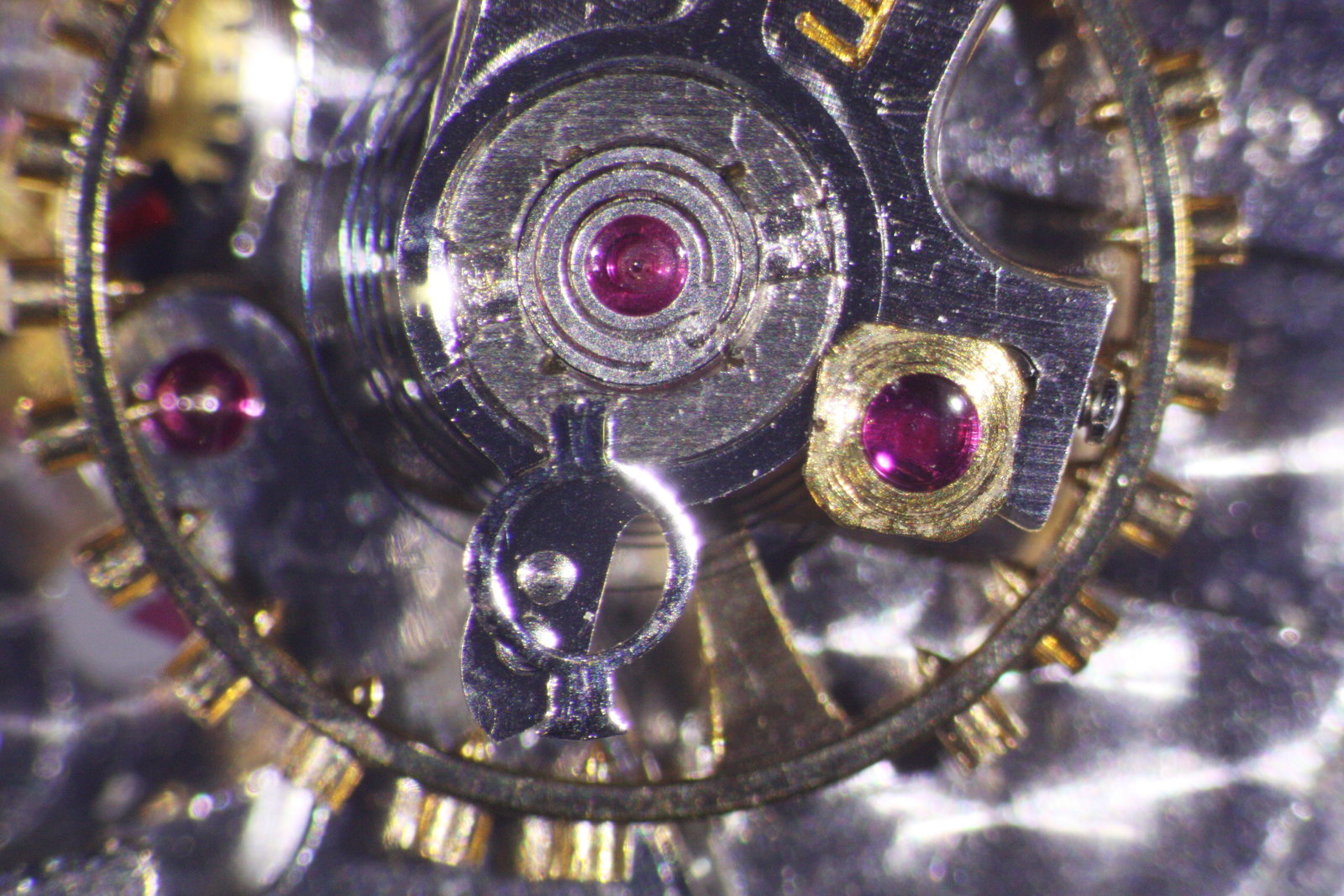 The Euro cent coin shows how small it is: 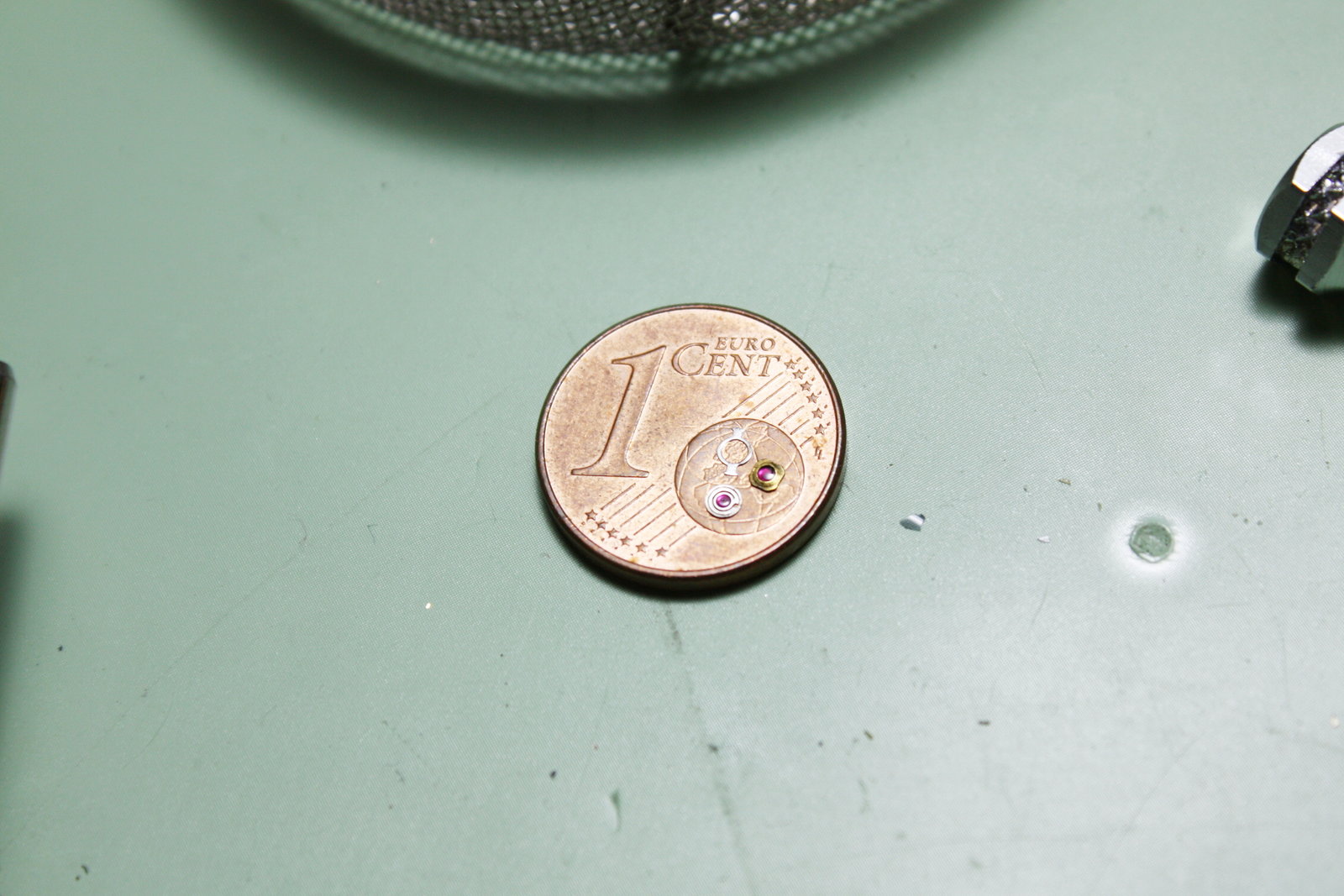 Here, only the center wheel remains: 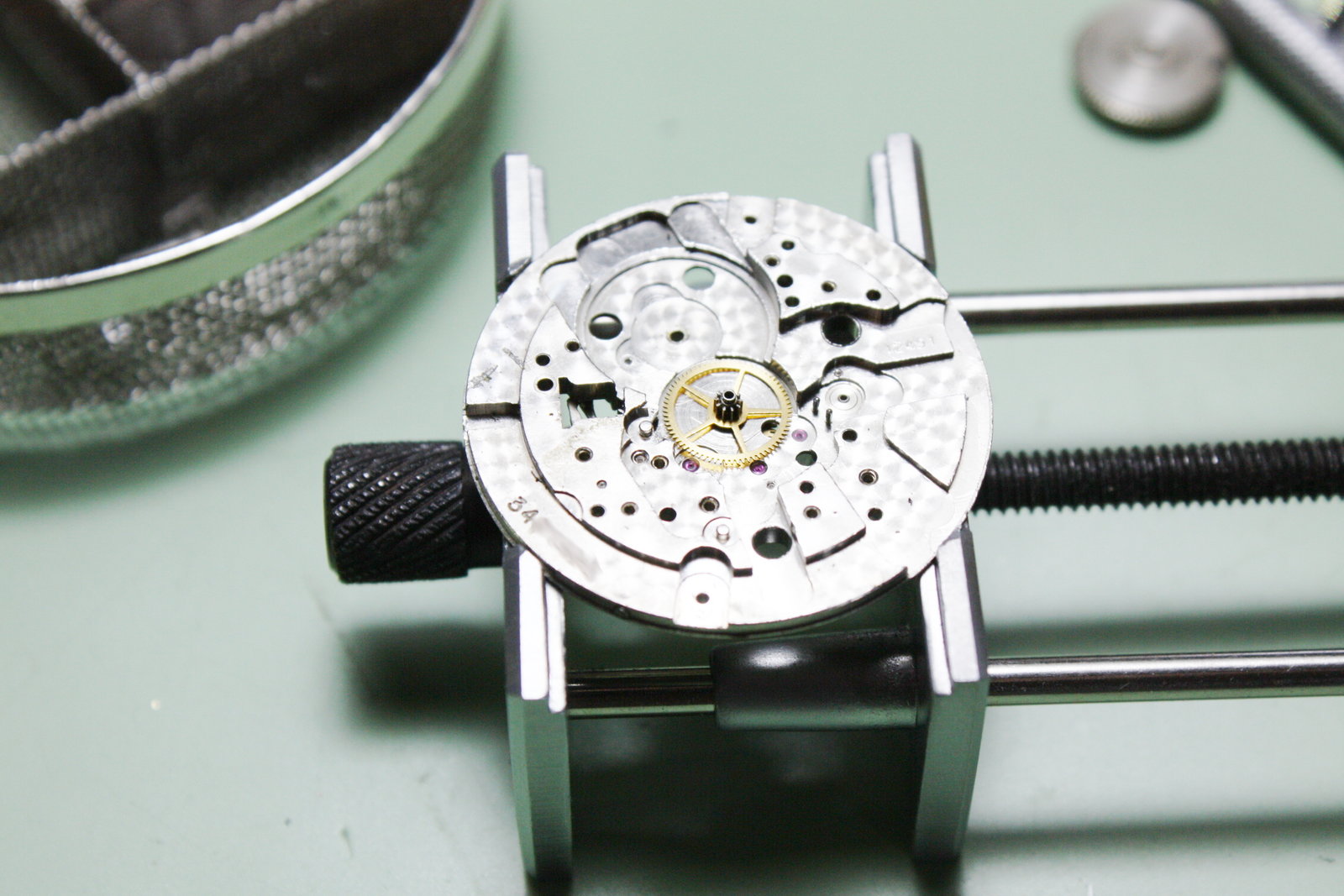 On the dial side: 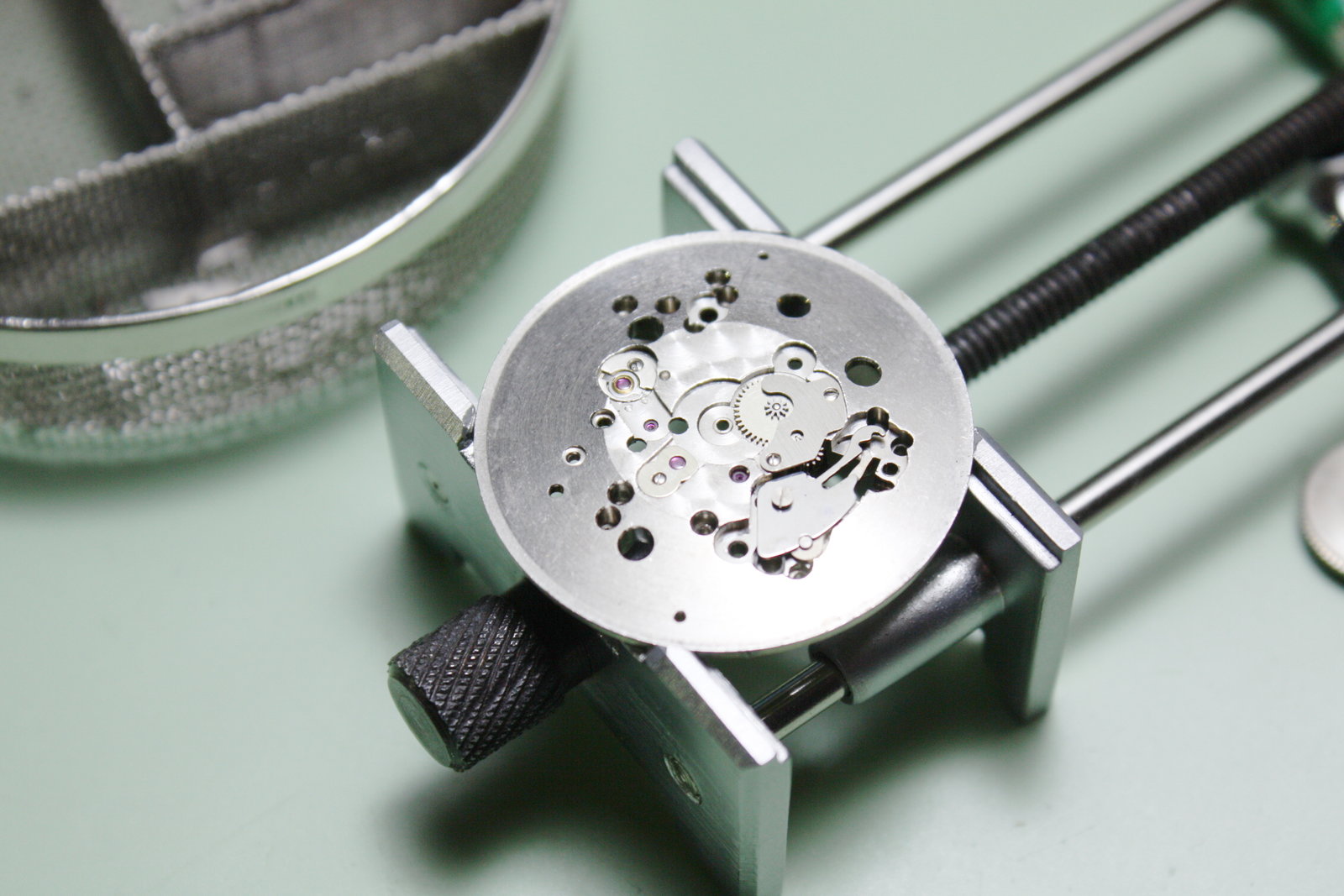 All the parts before cleaning: 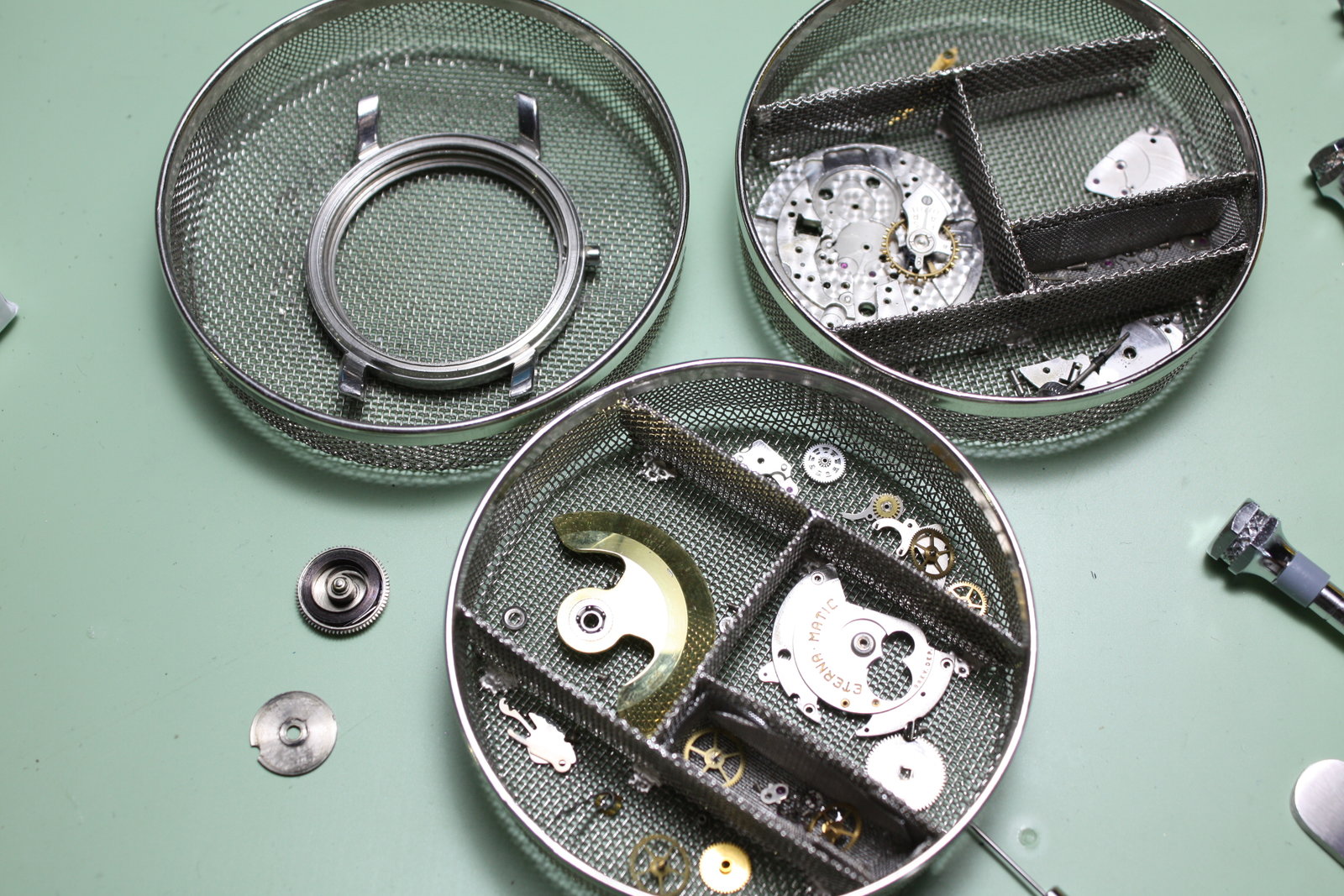 The clean and relubricated movement back in its case... 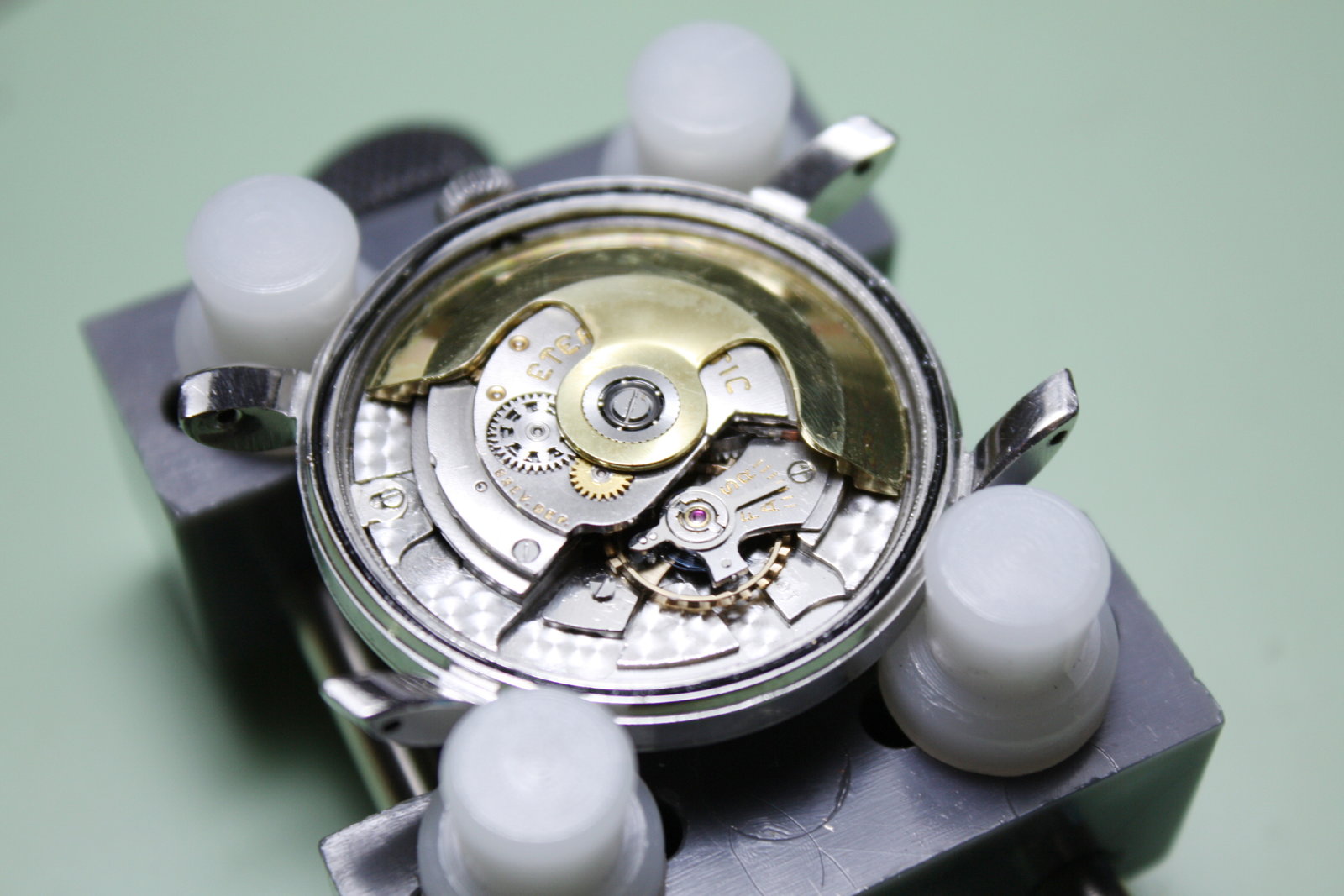 The timegrapher also shows a good result considering the age of the watch (with a new mainspring, the somewhat low amplitude could be even better...): 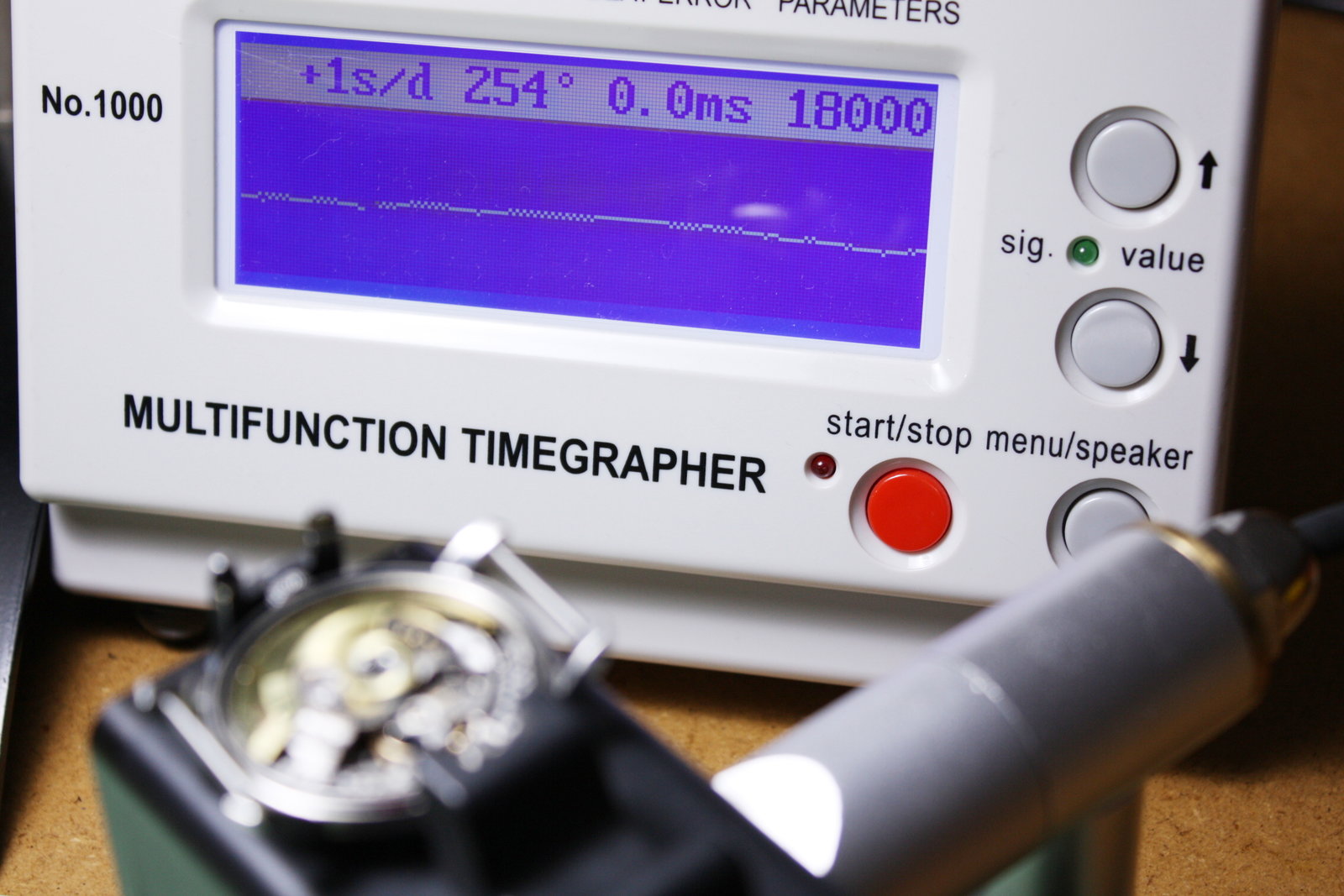 Luckily, I also succeeded in getting the old yellow varnish off from the dial: 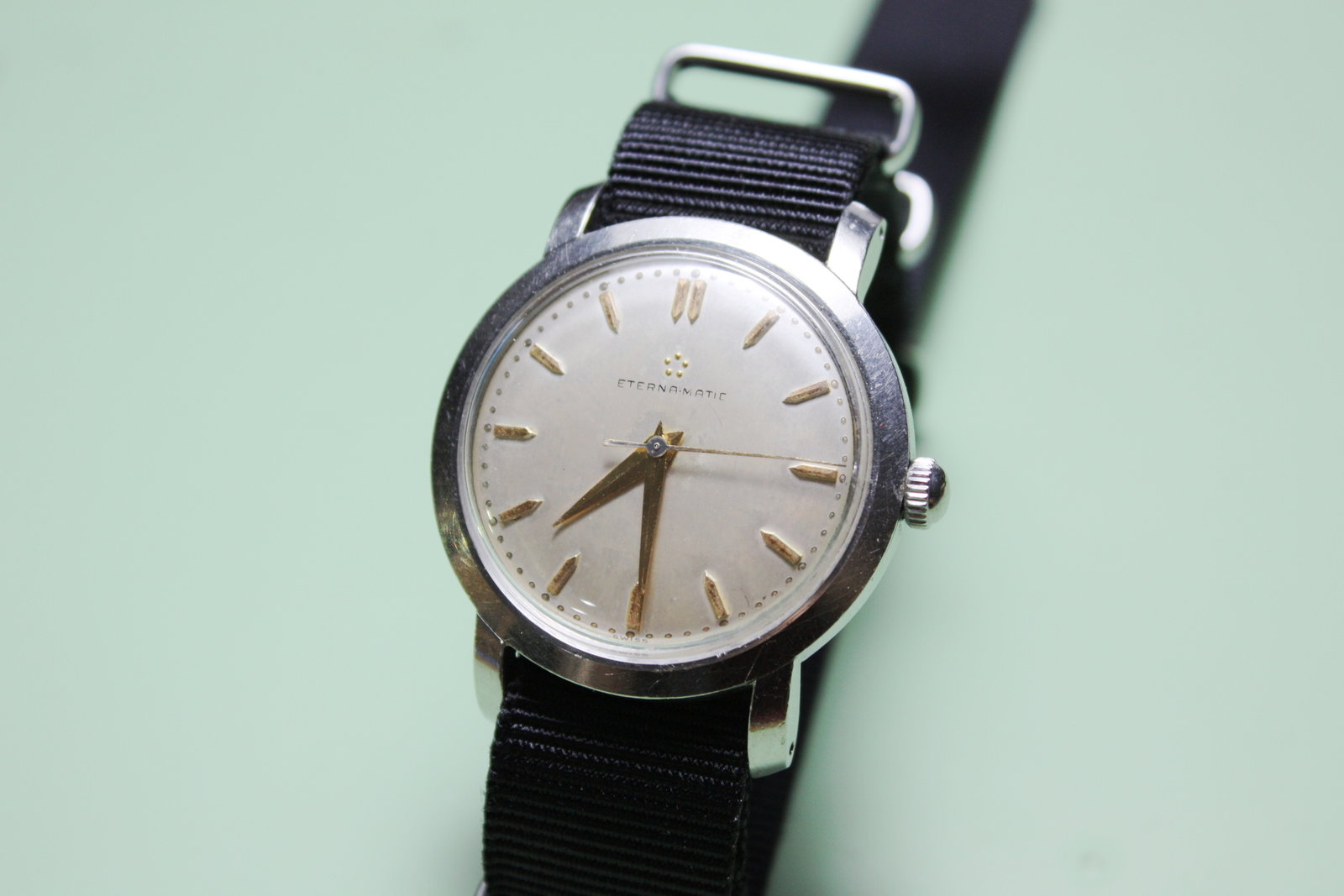 March 2016 - a second springtime for an old automatic watch...