A Wind turbine - shot against the blue sky

Today I had the opportunity to visit a pretty high Enercon E-82 E2 wind turbine which looked just great from below. 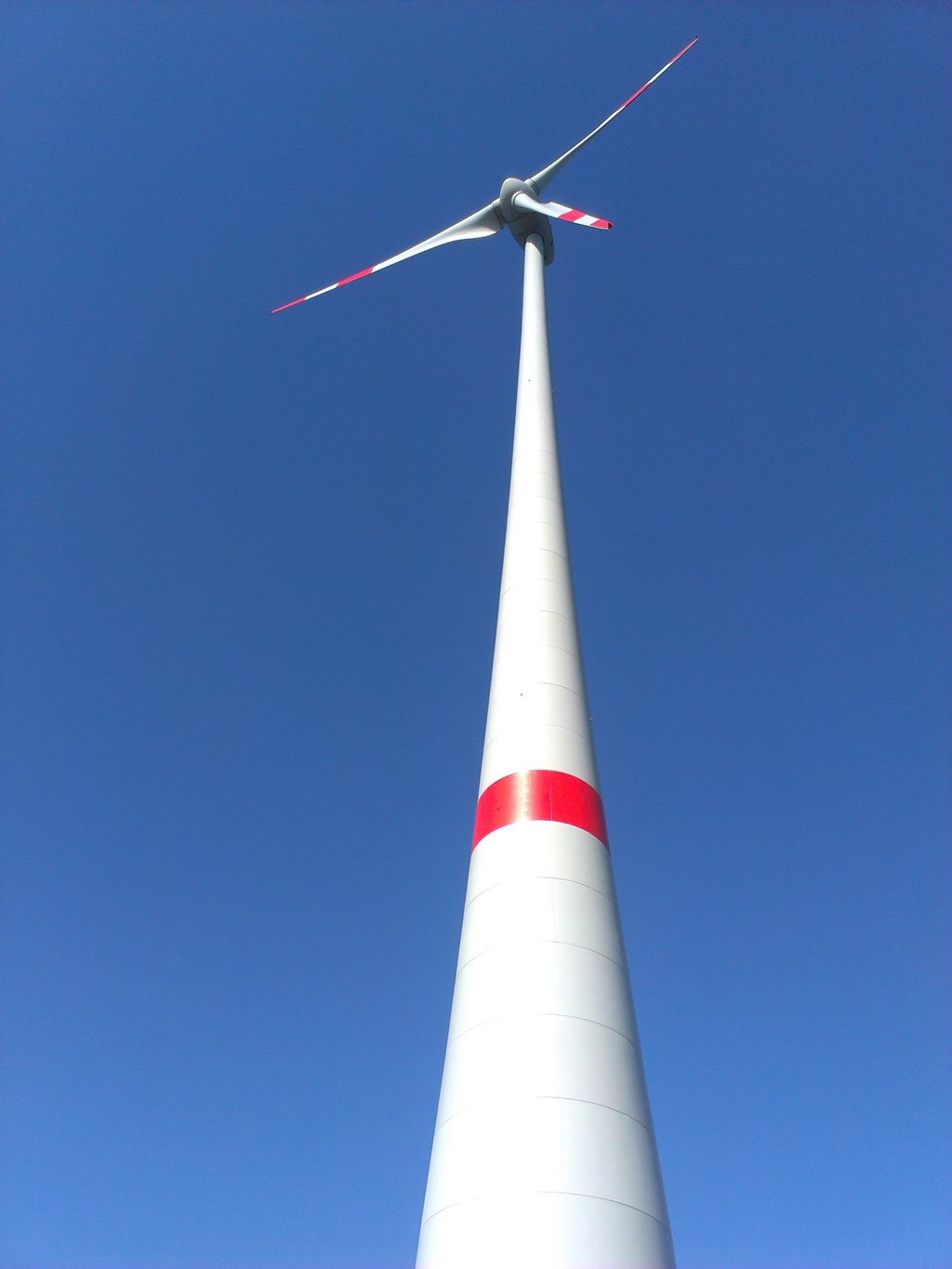 The generator unit delivers 2,300 kW and is approximately 138 m high (hub height). With its rotor diameter of 82 meters the blade tips can reach a maximum height of 179 meters. 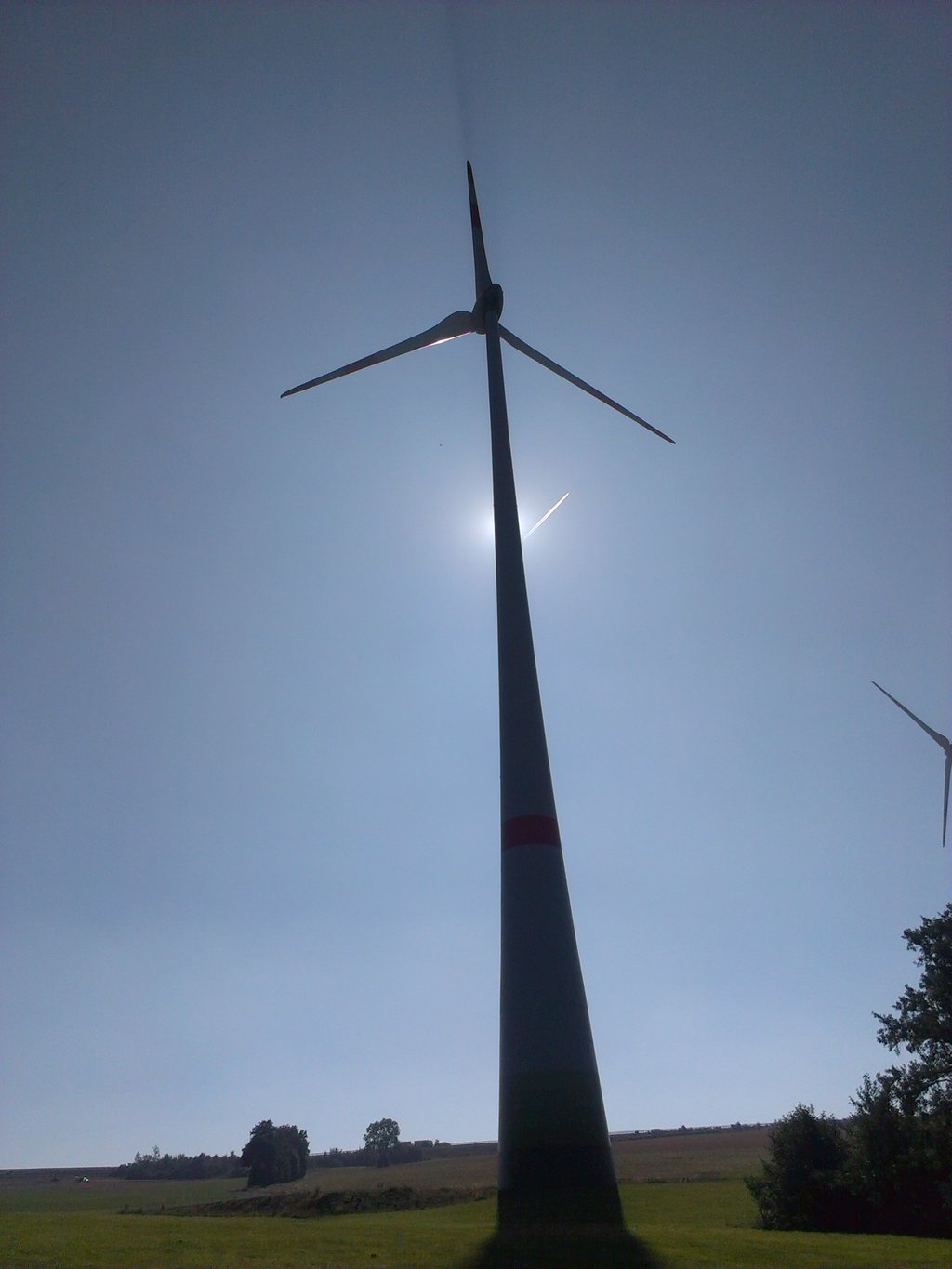 Many of these and other types of wind turbines have been built here in Germany recently in the course of Germany´s energy transition - the so called "Energiewende". 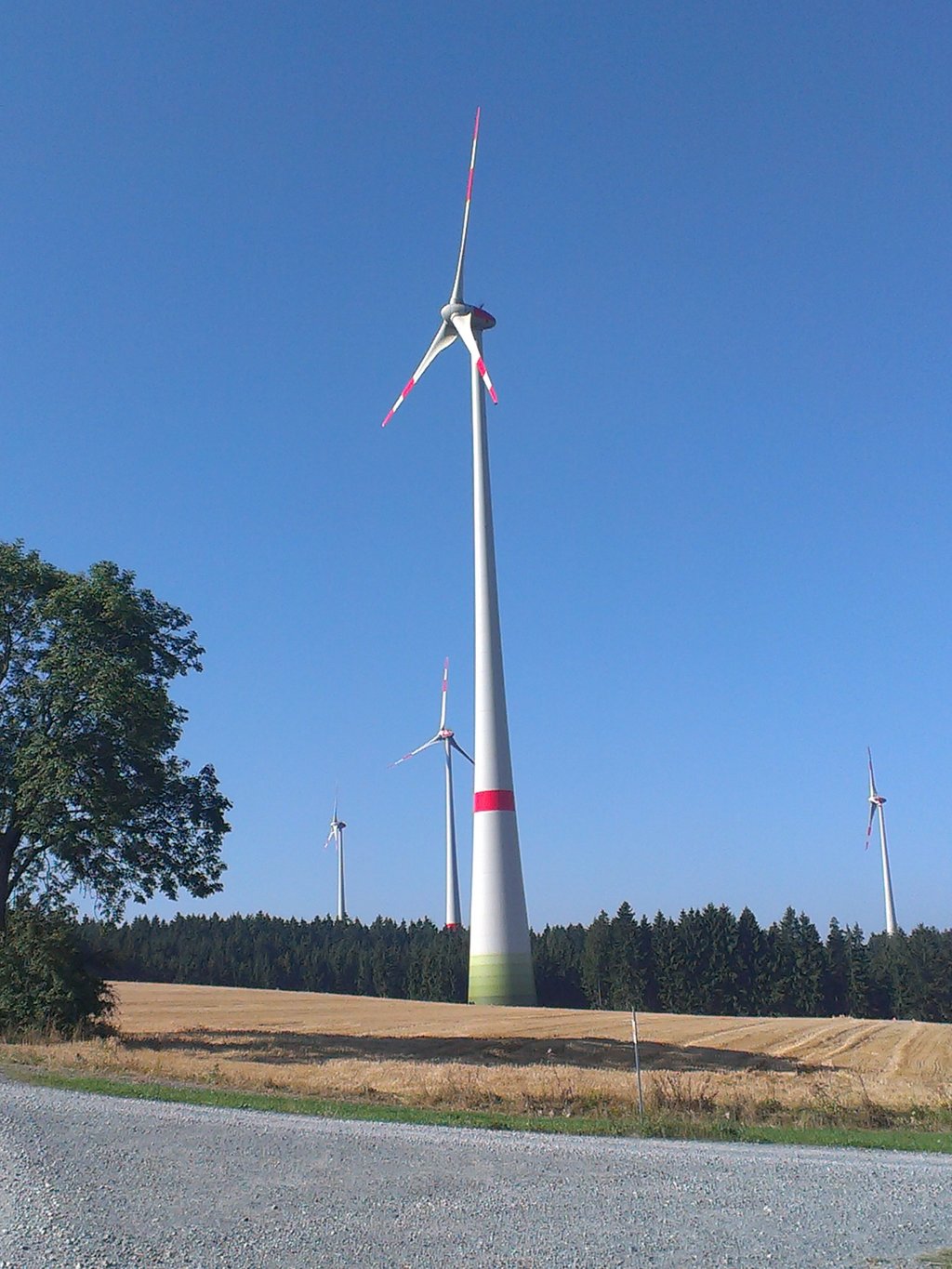 I don´t think they are that ugly as some of my fellow citizens do (there are already public campaign against them actually...) and I think it is much better to use wind farms instead of a nearby nuclear power plant =-)

I mean come on, some hundred years ago there were windmills everywhere in Europe and many people did not like them, too. When they became obsolete during the transition to the industrial age, they disappeared quickly and today they are even something special. Wind farms are a part of a necessary transition to sustainable energy production and may become obsolete, too, one day (if nuclear fusion should ever happen for example). Wind turbines have lots of recyclable resources in it...the people of the future will ENJOY destroying them for pressing some last money out of them, when they are of no use anymore. In comparison, getting rid of nuclear power plants and the radioactive waste they produce is - well think for yourself...