Here a vintage watch from Doxa - a Swiss watch company founded in 1889 which still exists today (btw: "doxa" is Greek for "glory" or "honour"). 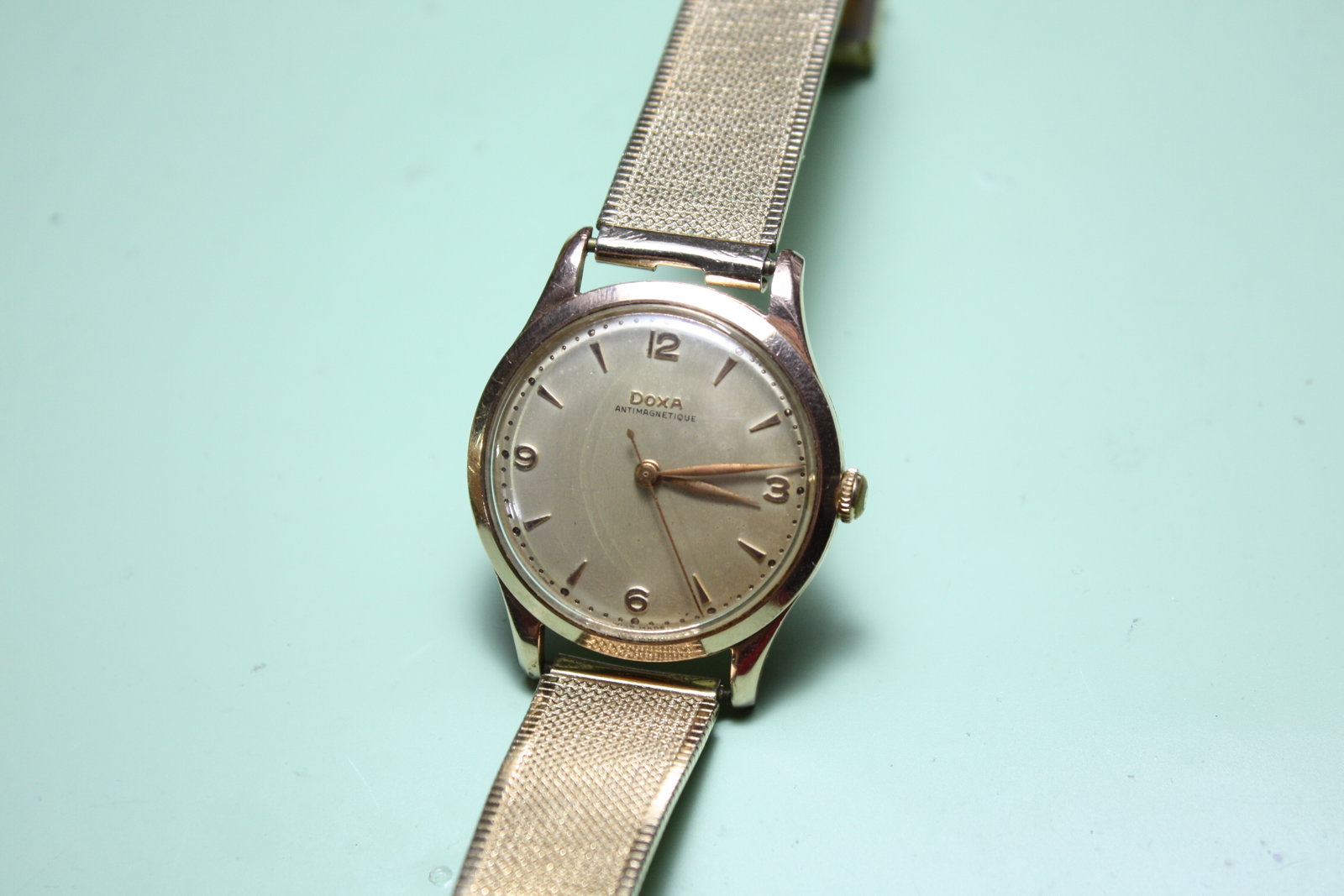 The 14k golden case and dial: 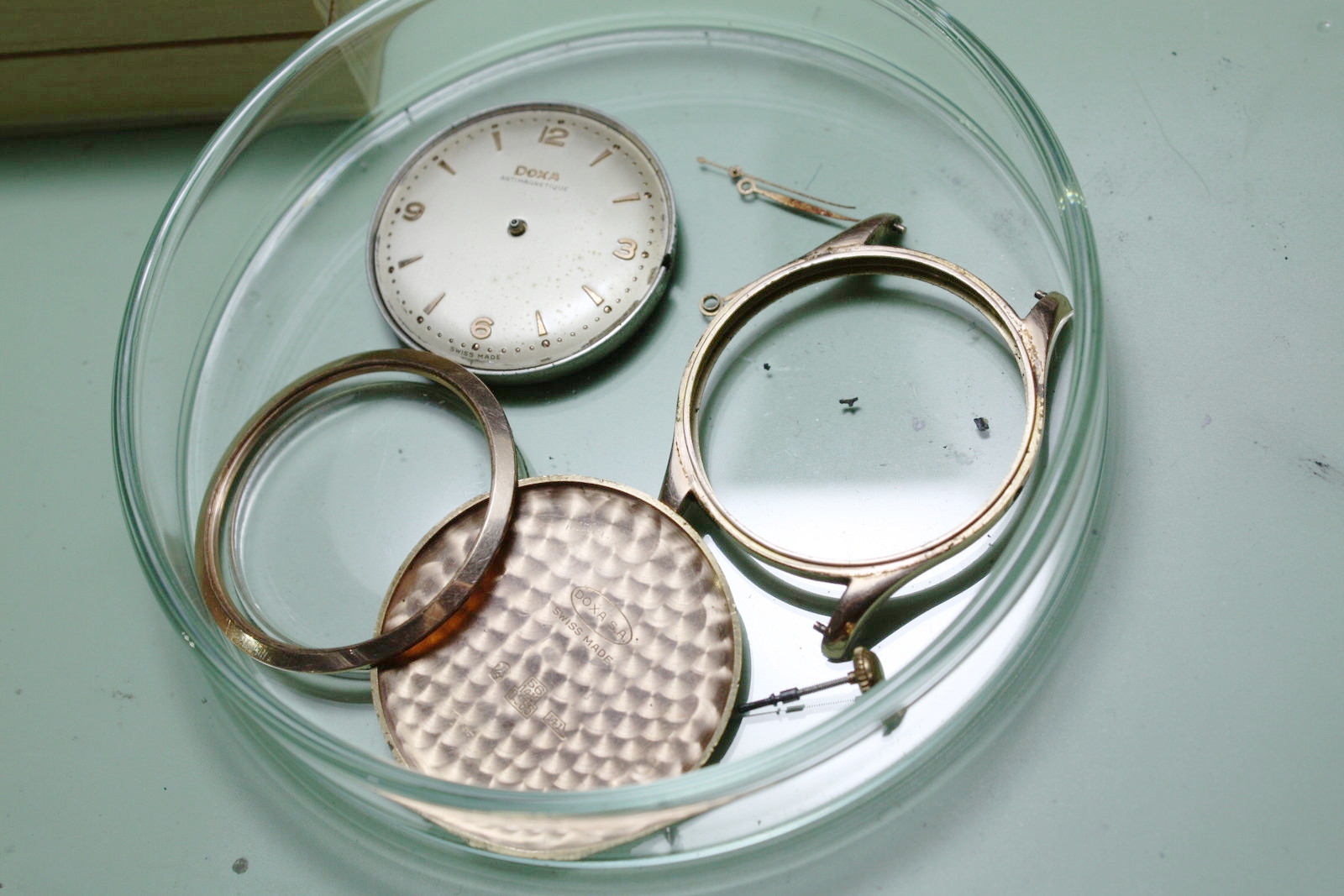 And the movement -> An Eta 1147 which was highly modified by Doxa. 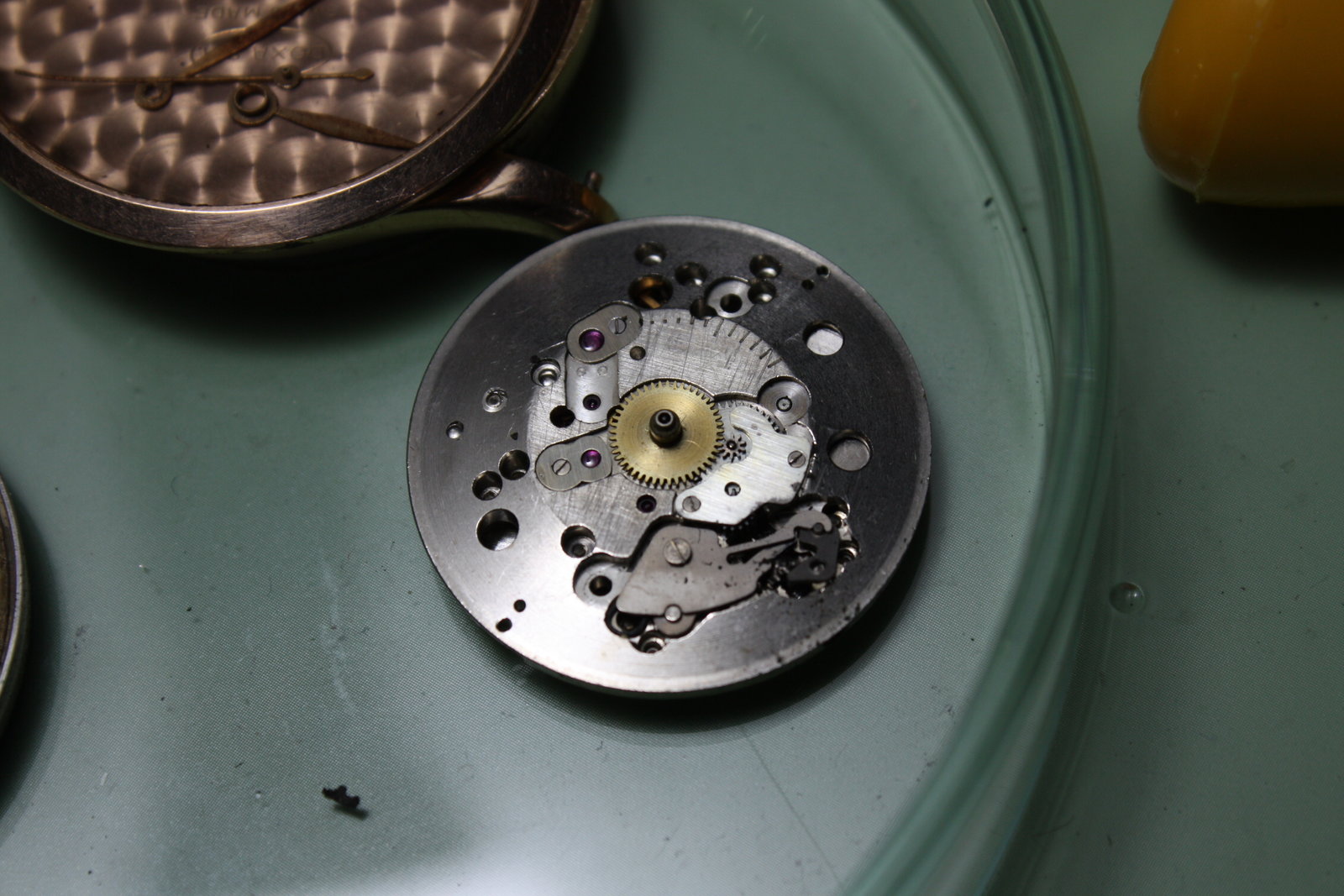 Here the case-side view with the screw balance already removed. 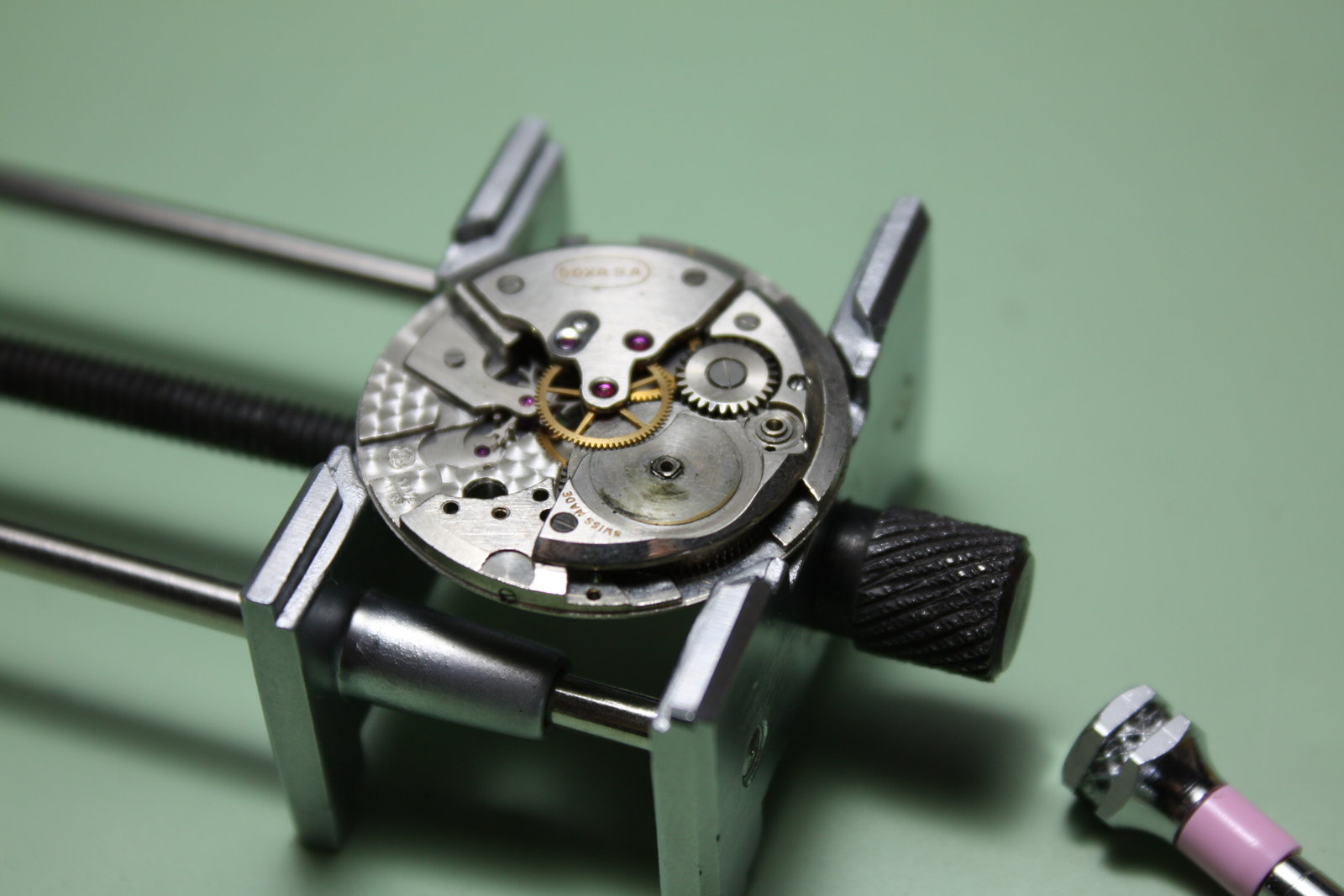 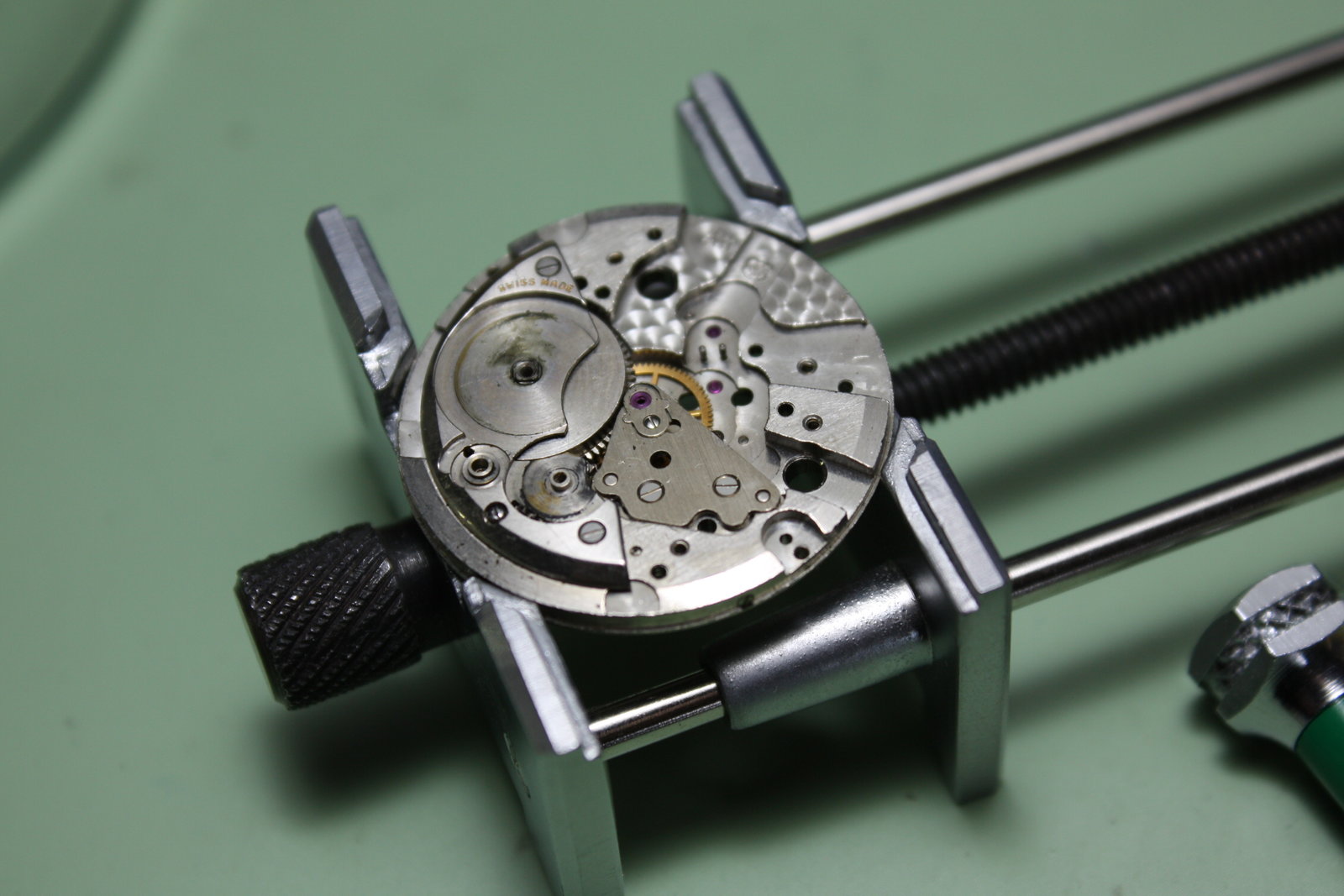 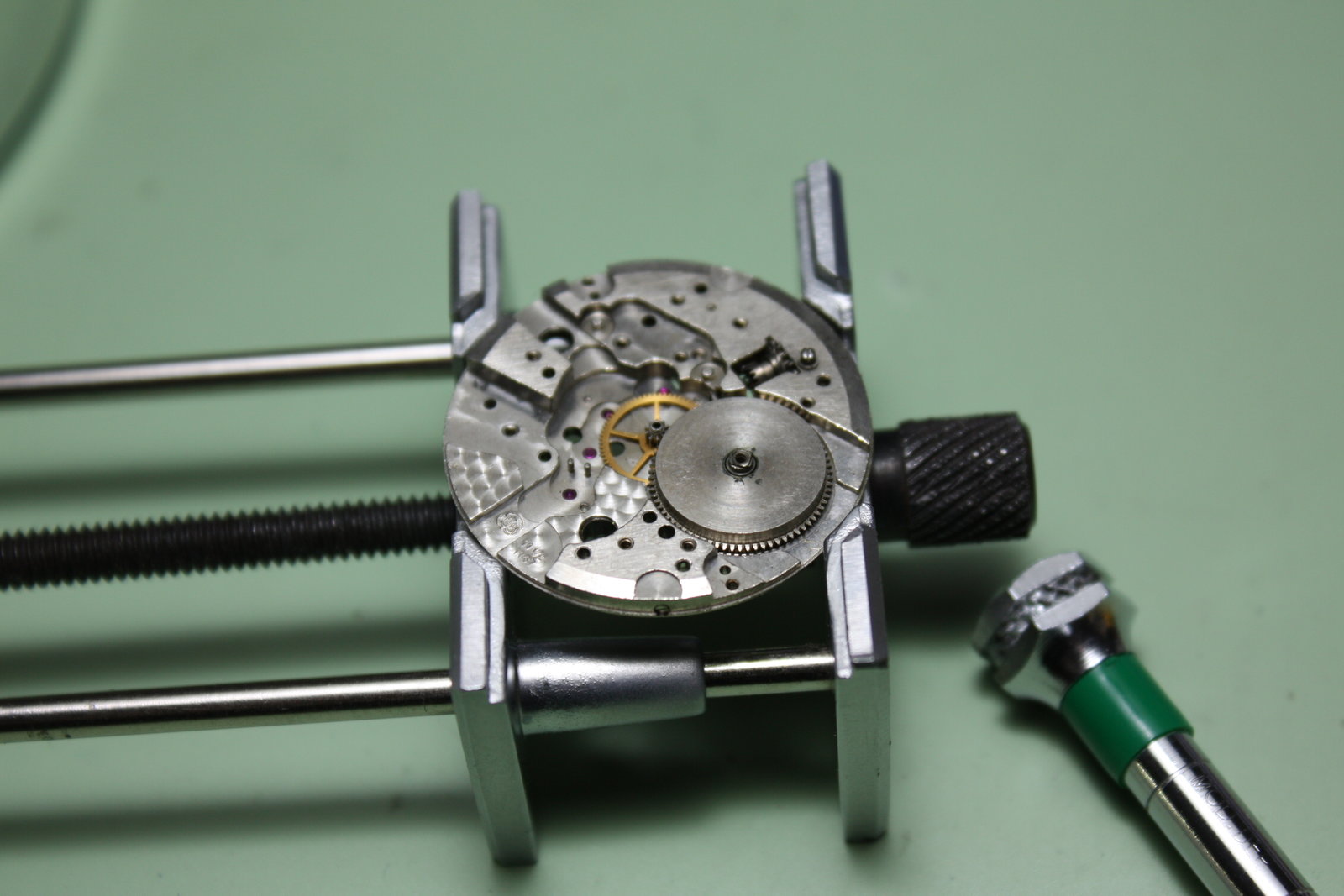 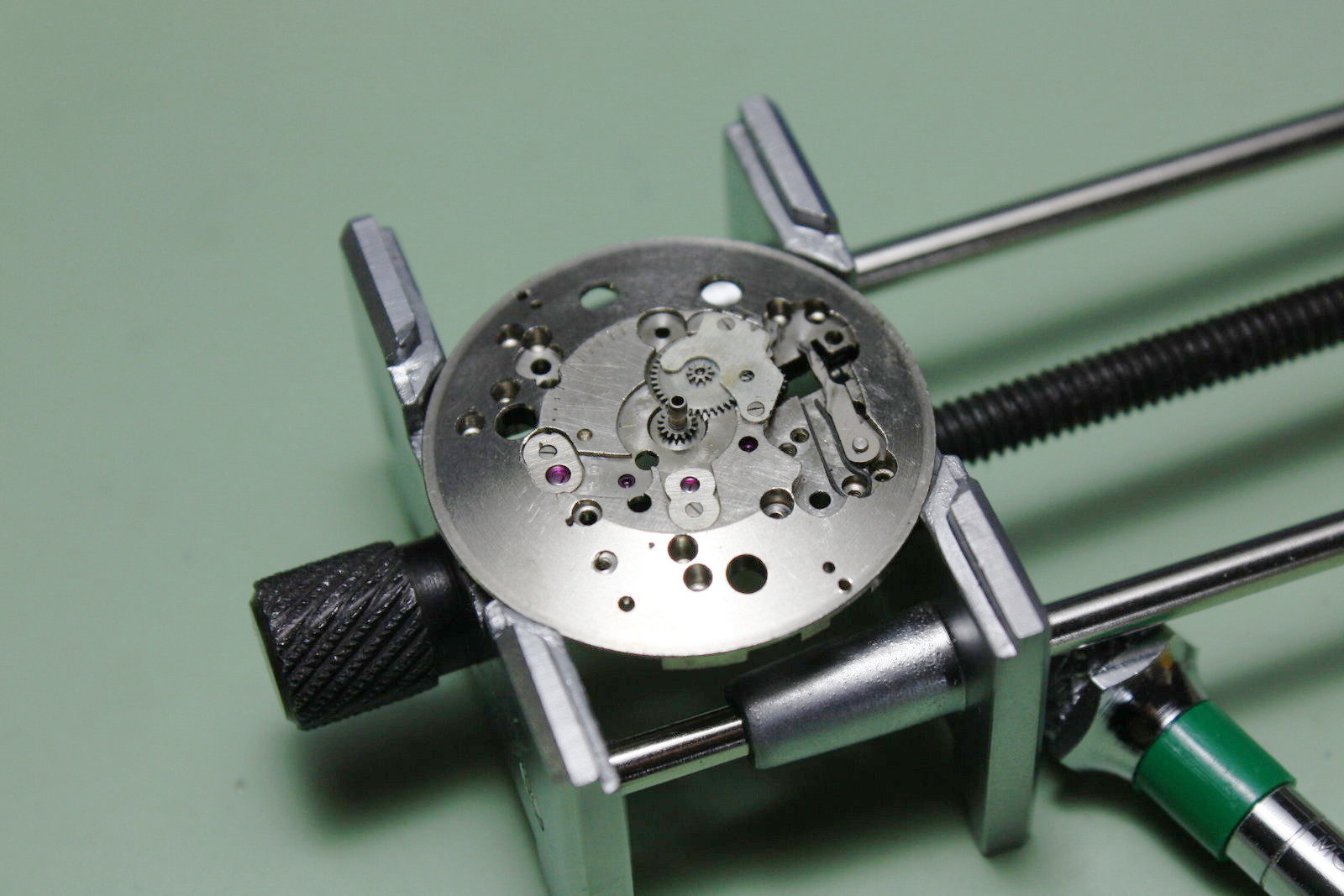 Inside the mainspring barrel: 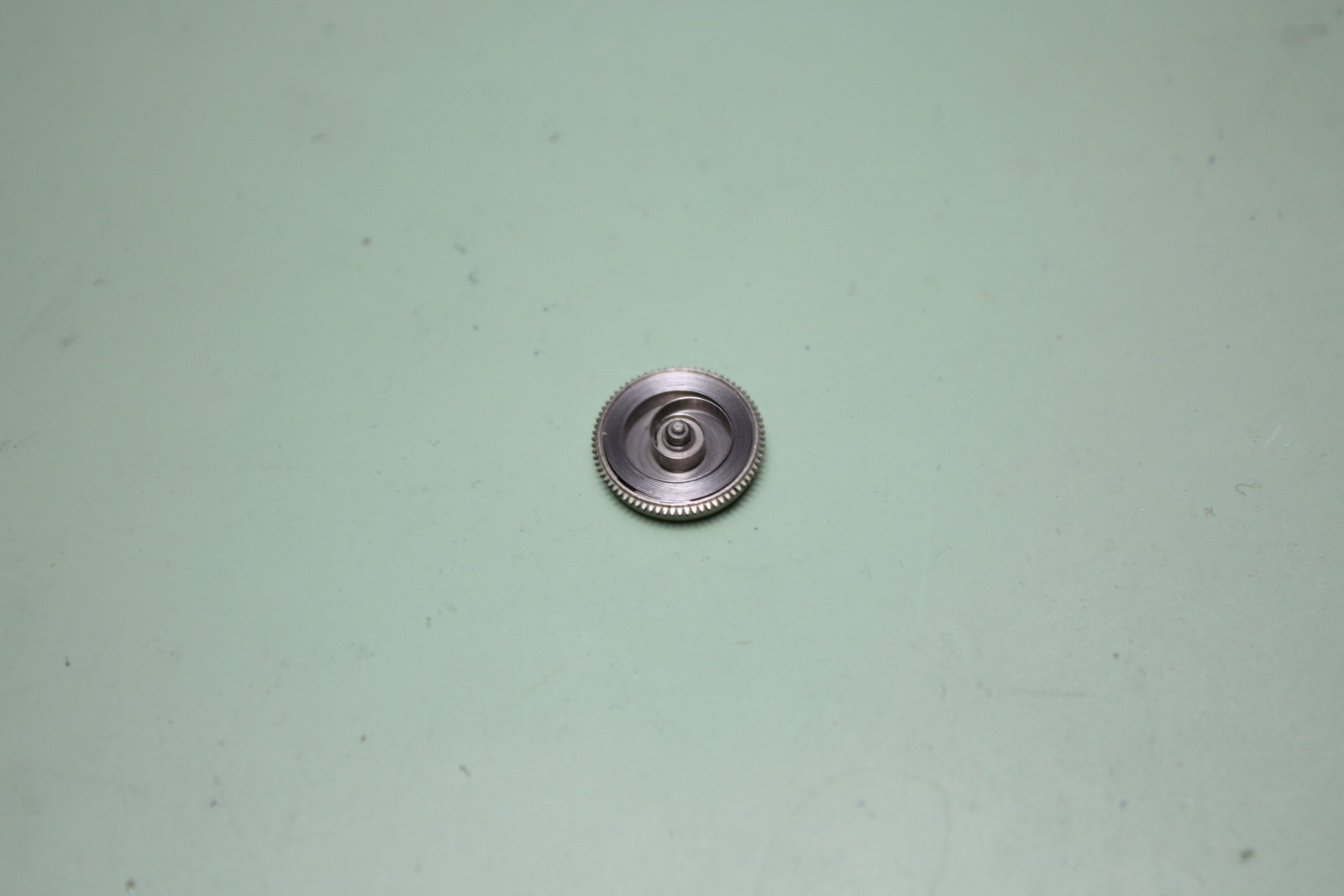 And finally, the watch in parts... 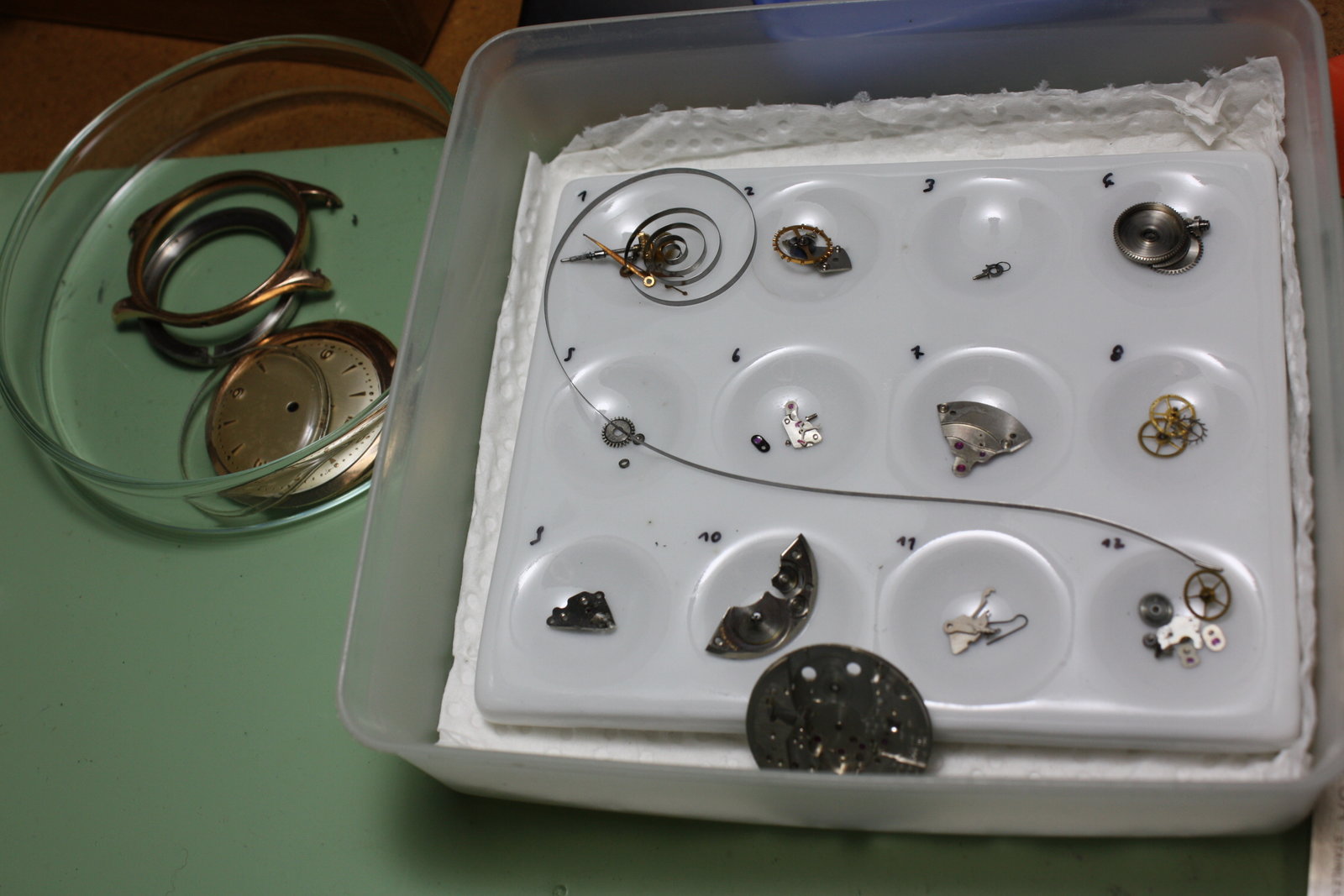 Here, the parts before cleaning... 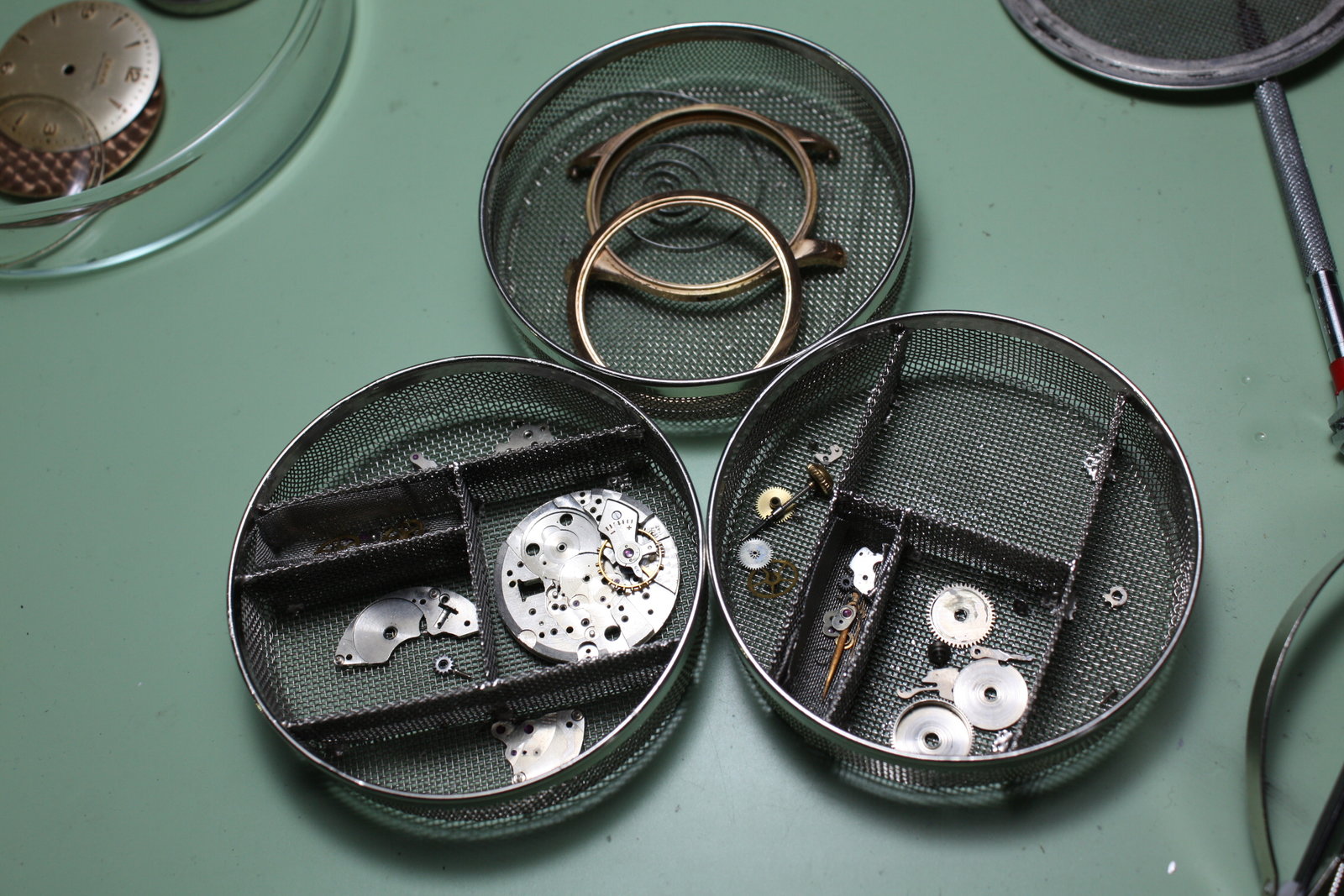 And after cleaning - everything clean and shiny again. 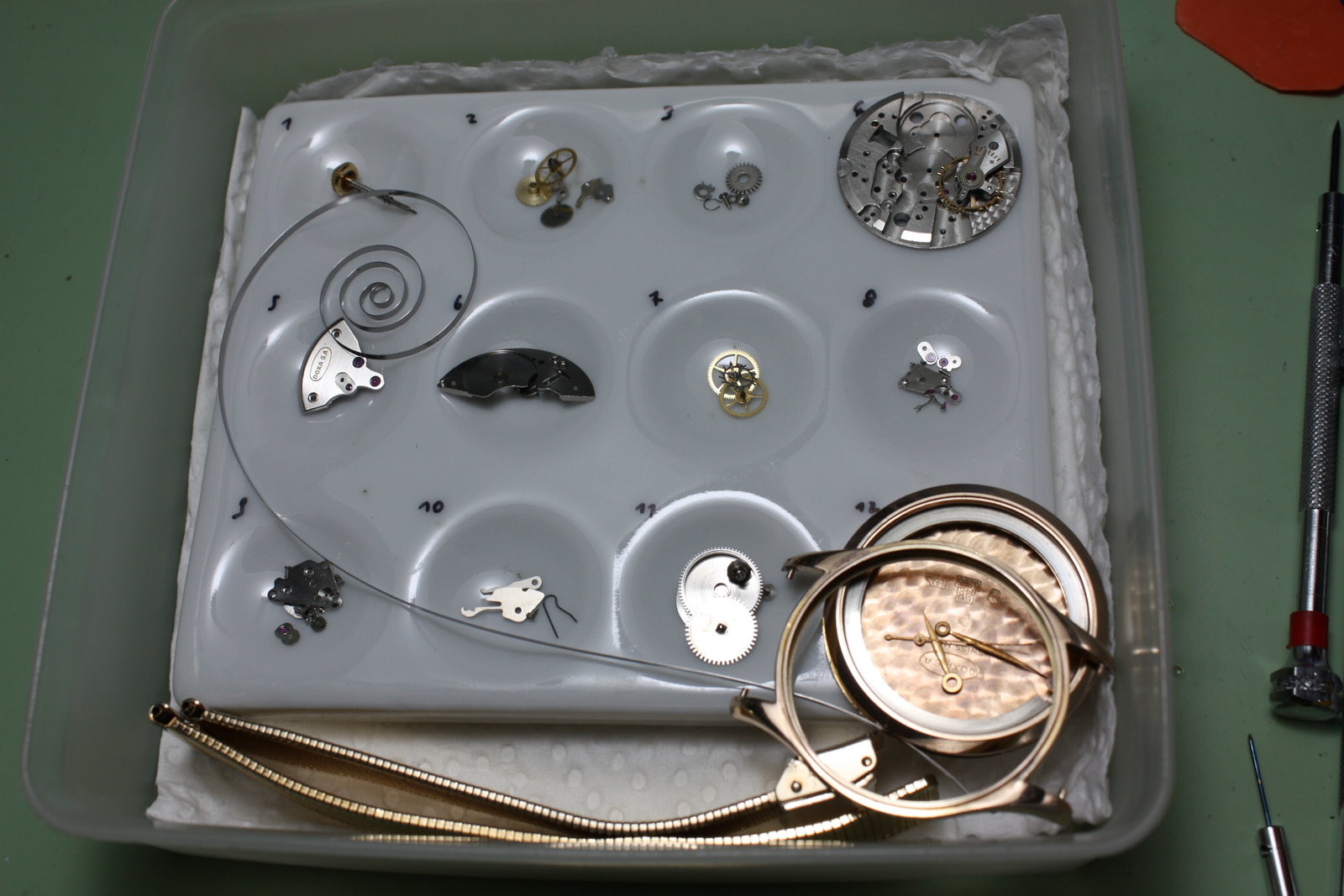 The crystal before getting cleaned and polished: 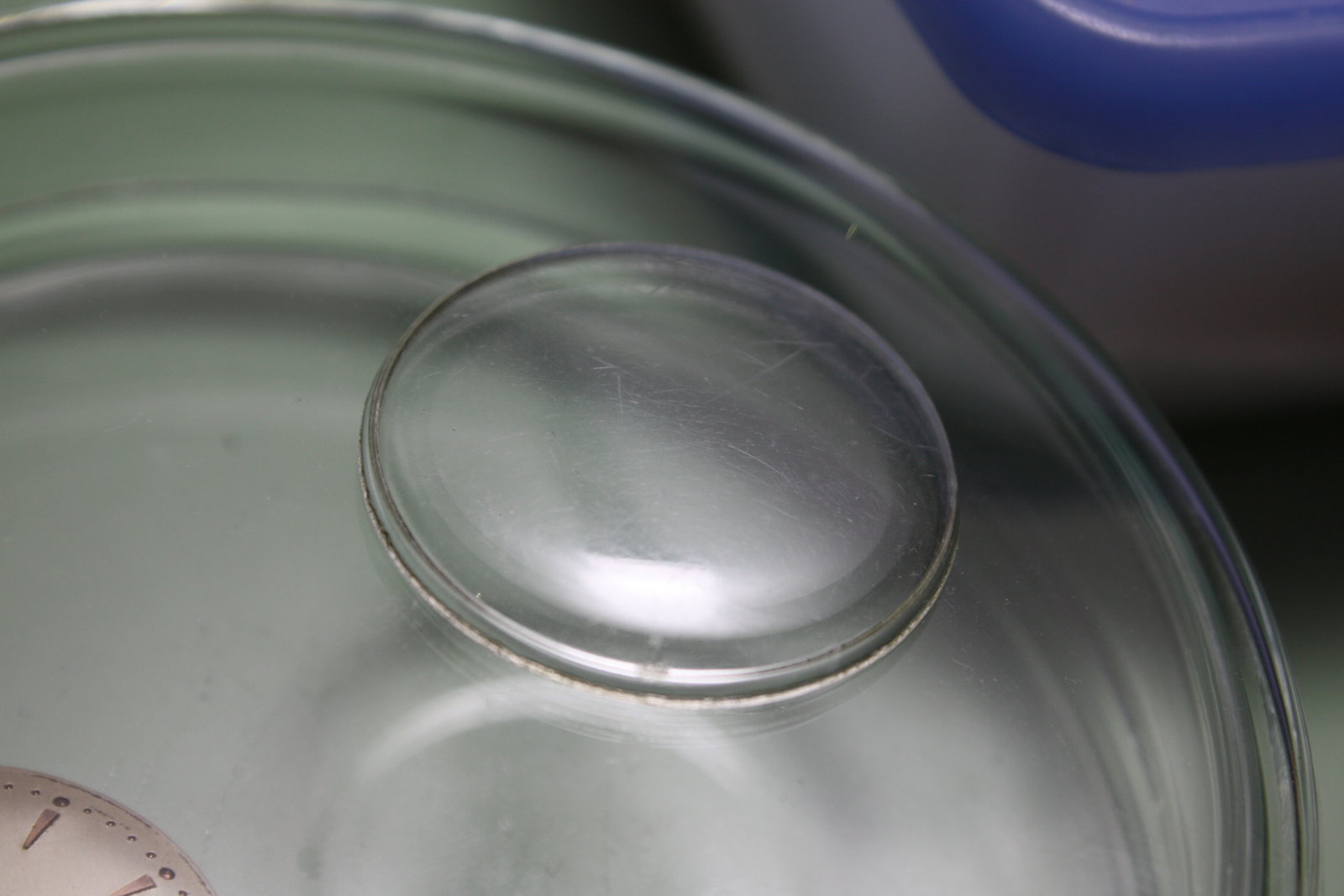 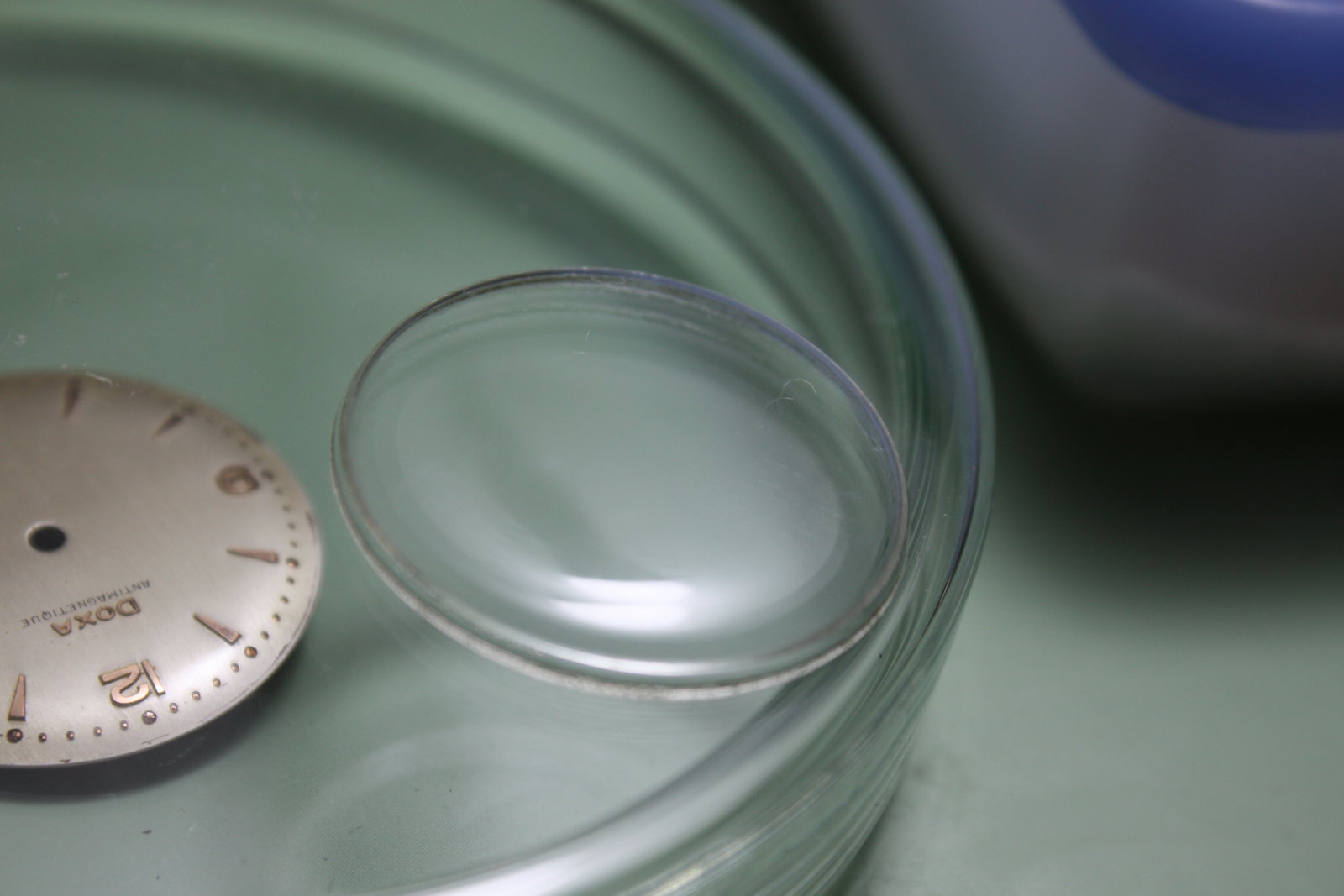 To oil the balance wheel I had had to remove it from the balance cock (no idea why Doxa did not include a shock protection here - I assume the watch must date back to the late 1940s / early 1950s, when this was already possible but not yet added to every movement).

The next photo shows the wheel train during reassembly: 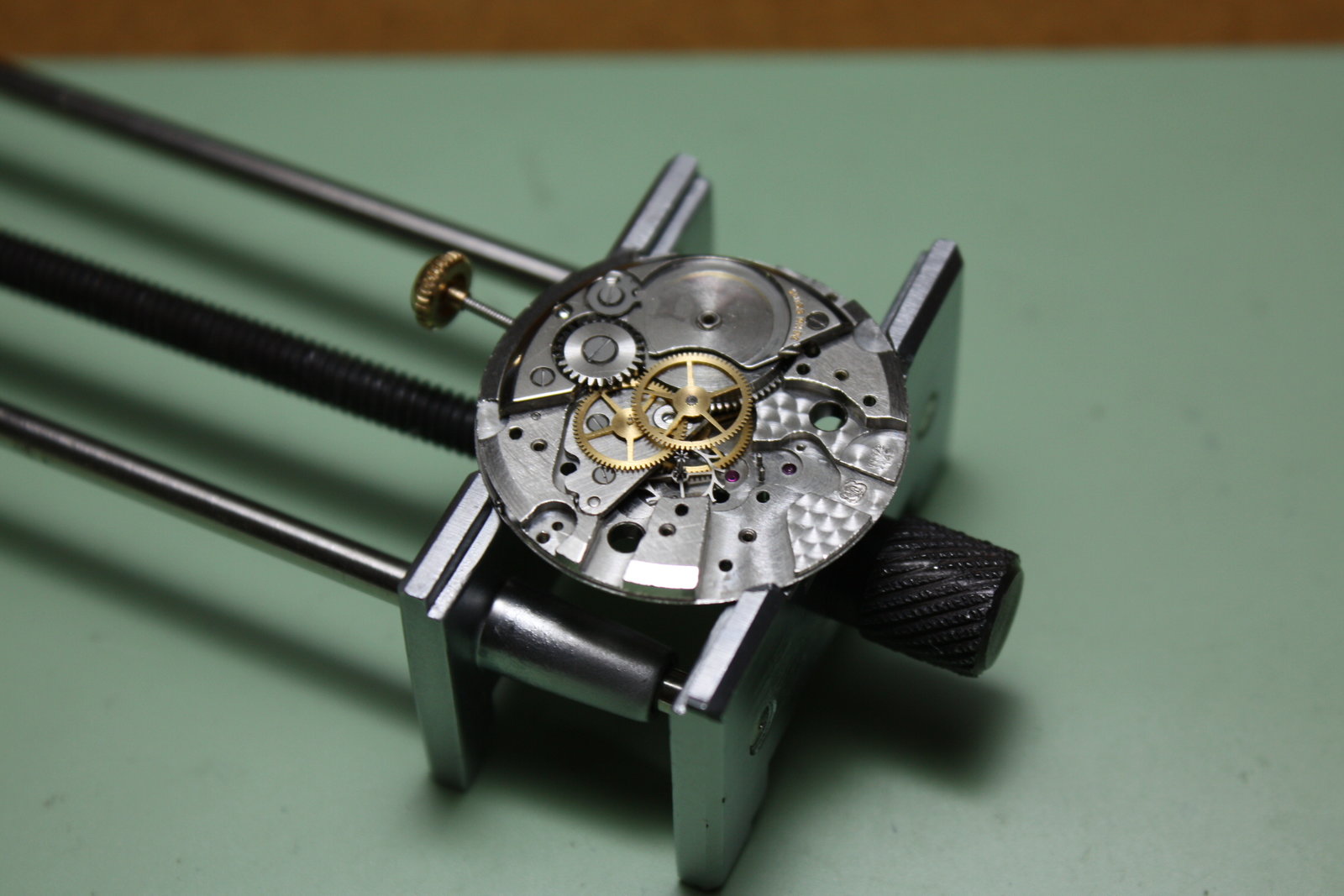 Some time later I could regulate the watch as good as possible. 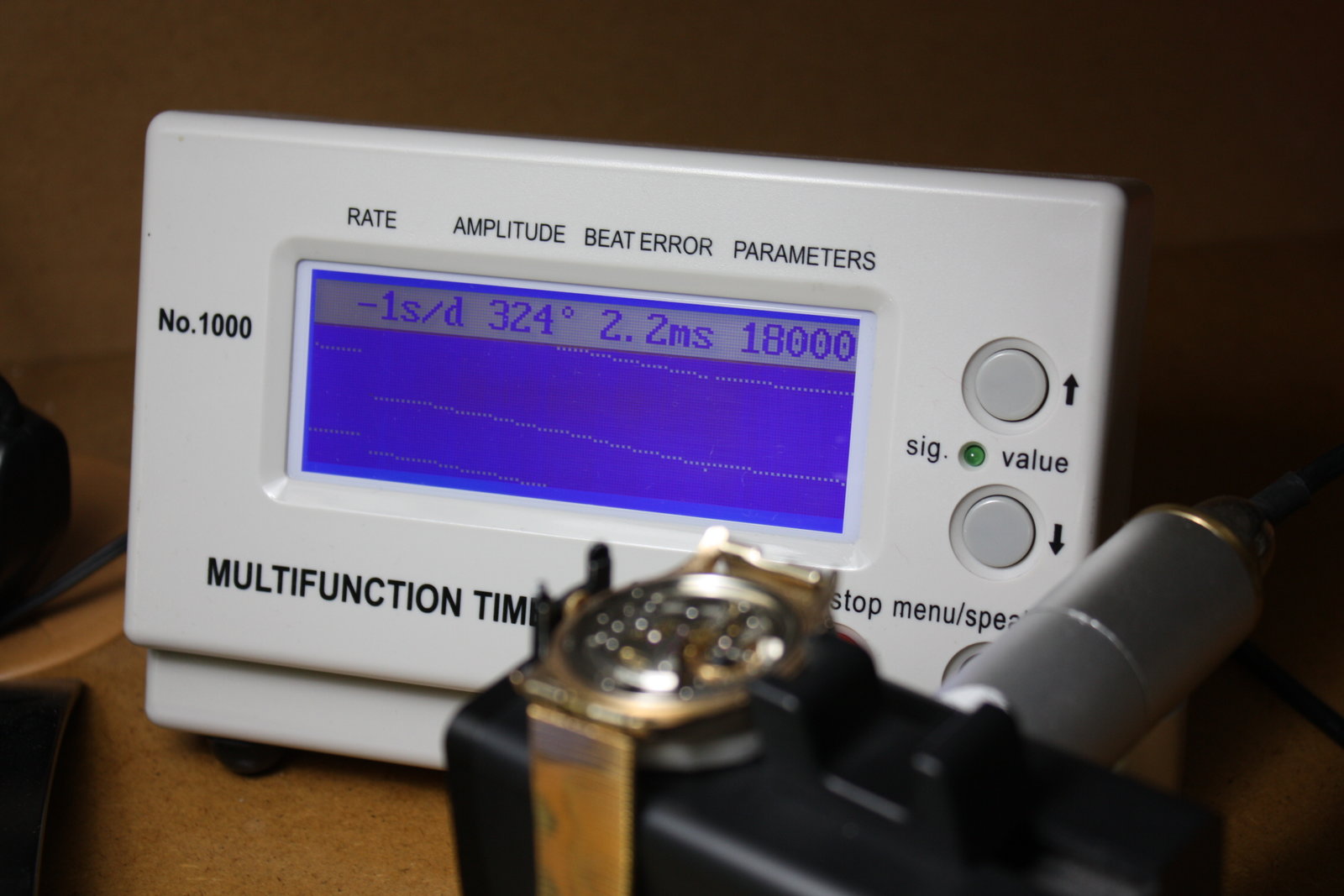 The 324 ° amplitude is good and suggests a clean / well-lubricated movement. Let´s ignore the 2.2 ms beat error =-) The only way to correct for this, would have been to remove the hairspring from the stud (probably several times to get it right...). As I didn´t have any spare parts for this movement, I decided against this risky procedure. The last picture shows the cleaned watch: 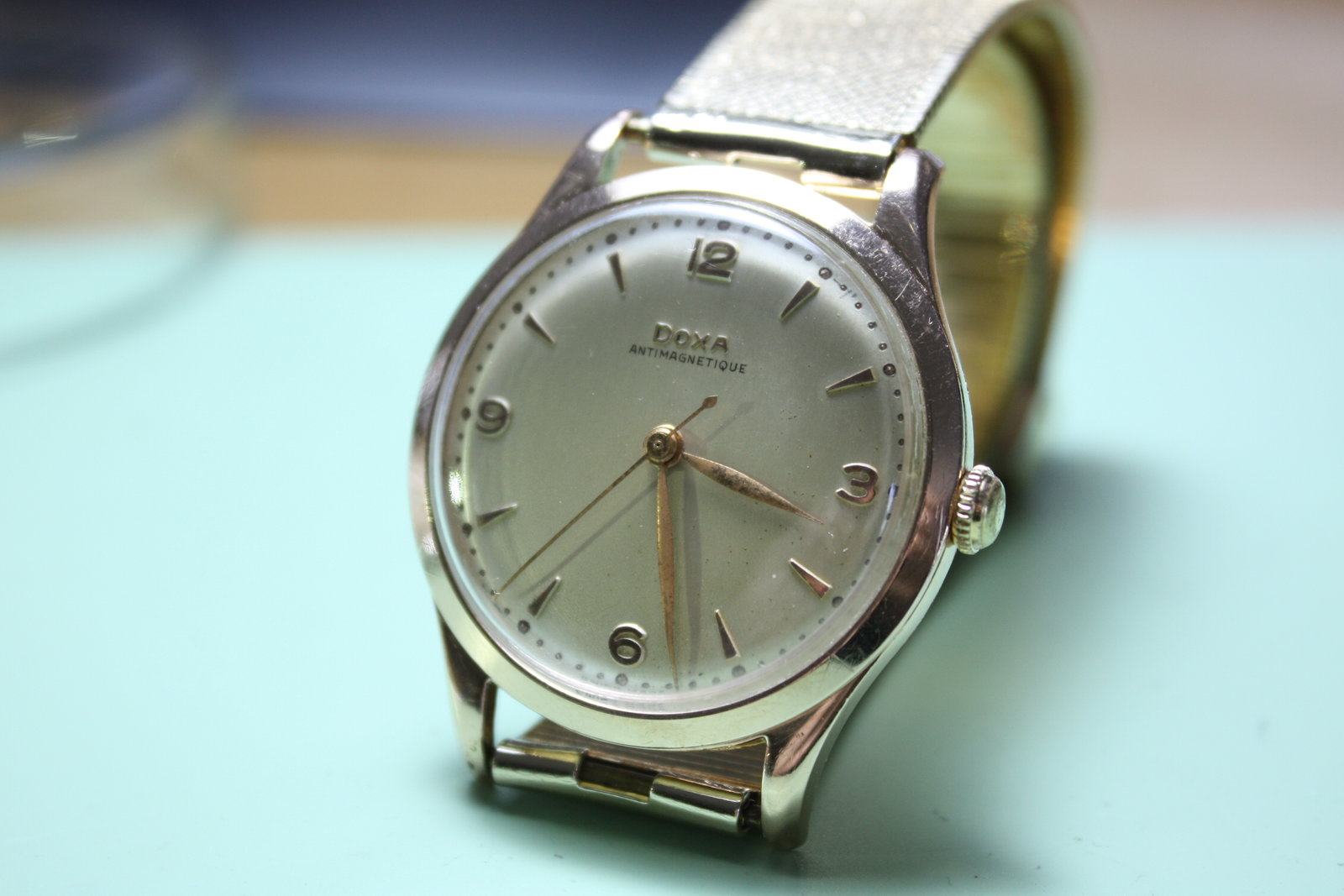