Recent Thinkpad models - especially those of the Tx40/Xx40 lines - featured some terrible design decisions regarding an Apple-like redesign of their cases and significant changes to what used to be the greatest laptop keyboard out there (Louis Rossmann has already explained that in an informative youtube video).

In summer 2015, however, David Hill - Lenovo´s current chief design officer - started a series of surveys on what makes a real Thinkpad and on what the customers themselves wanted to see on their future Thinkpads (actually just on a special model called "Retro ThinkPad", but I assume the immense feedback from the surveys will also affect the other Thinkpad model lines, as good design is not "retro" but timeless).

(For those who have not yet read David´s blog articles, do it now! They are very interesting and the surveys are still ongoing as of february 2016...)

There have not been any official updates on the project since August 2015, just some hints David Hill gave in a recent video interview (according to them, the "retro" model is supposed to come out around the Thinkpad´s 25th anniversary in 2017 - so let´s hope for the best !-)

To shorten the waiting time a bit, I took photographs of Thinkpads I have used extensively over the years (X200, X230, X250) and created a photoshopped best-of version -> the hypothetical Thinkpad X270C ("C" stands for the Classic version of the future X270 - I didn´t name it X270R as I don´t like the term "retro" in this context...): 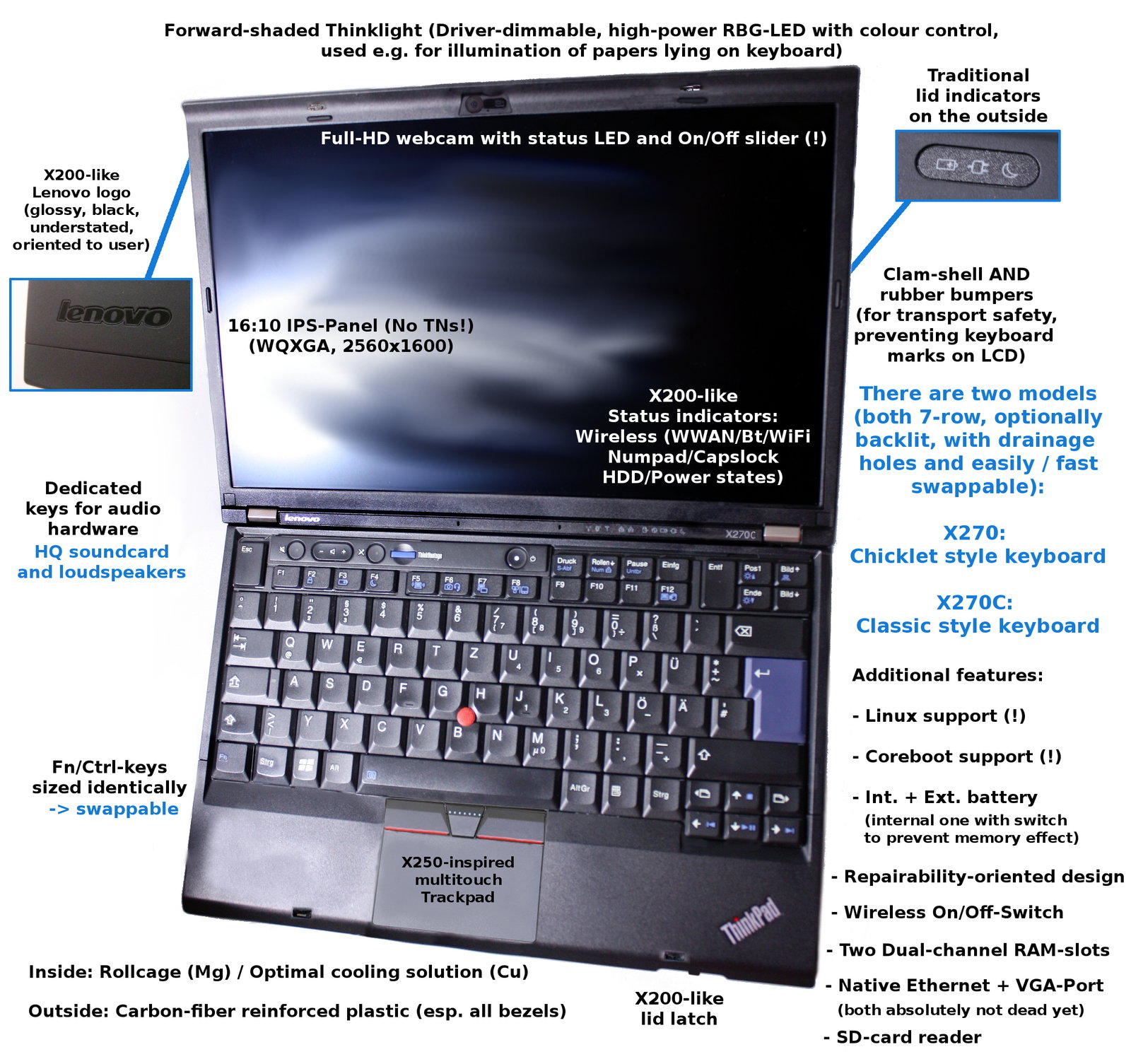