I recently got my hands on a Flir E4 thermal imaging camera which I modified to become an E8 as described in this huge eevblog thread. Looking for some interesting motifs to look at, I found my newly acquired Raspberry Pi 2 to be worth a check.

Remembering the thermal images of the original Raspberry Pi model B from the zipfelmaus.com blog, I decided to take some for the RPi 2 to allow for better comparability between the temperature profiles of the two RPi generations (single vs. quad core ARM CPU). Let´s get started...

To prevent heat from building up under the RPi and thus falsifying the pictures I put it on a rubber spacer. This is what my simple setup looked like: 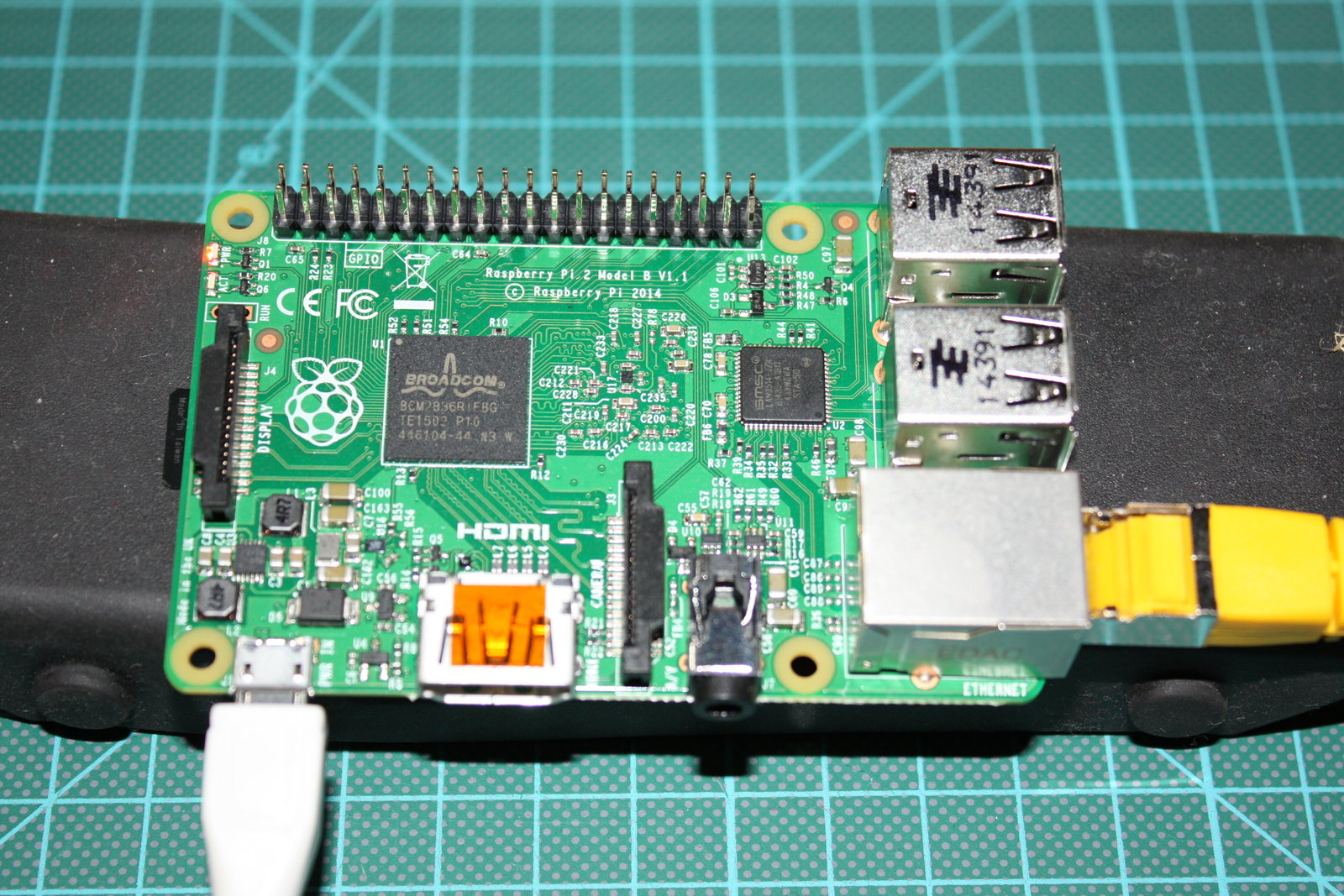 To get somewhat closer to my RPi, I changed the focus of the Flir E4 by adjusting the lens position a bit. Turning the lens counter-clockwise for approximately 1.5 revolutions allowed for a shorter focus distance of roughly 10 centimeters between the cam´s lens and the RPi logic board.

For those interested: Ambient room temperature for all of the following thermal images was 21 °C with a 57 % humidity.

Here the RPi 2 is connected to power (i.e. the red LED glows) but not running (half an hour after issuing the poweroff-command):

The thermal image shows evenly distributed temperatures. The whole board is some 10 °C above room temperature. 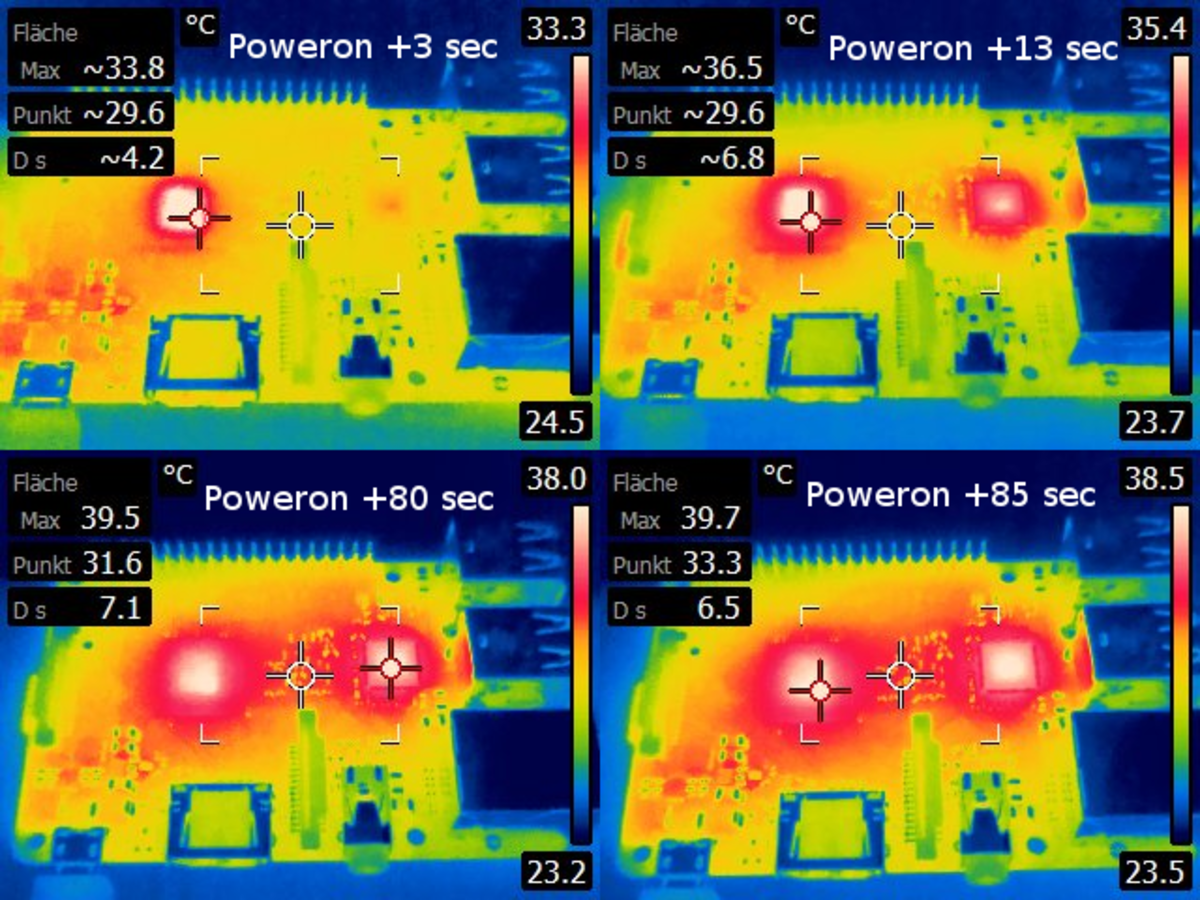 Three seconds after powering the RPi on, the Broadcom BCM2836 CPU heats up, it is followed by the SMSC LAN9514-JZX USB 2.0 Hub and Ethernet controller some seconds later. After about one minute the machine is up and running with the temperature still slowly increasing. After immediately starting a terminal session on it, the command »cat /sys/class/thermal/thermal_zone0/temp« showed a system temperature of roughly 32.6 °C.

The heat from the Broadcom CPU and the SMSC chip has spread throughout the board. Their heat is also well visible from the bottom. The internal temperature sensor of the RPi showed 38.5 °C. The Elpida EDB8132B4PB-8D-F 1 GB RAM chip (right under the center cross of the bottom view) is only 35.2 °C. The underside of the micro SD card gets warm, too.

The maximum temperature of 62.2. °C was - not surprisingly - reached by the Broadcom CPU (system temp. sensor: 50.8 °C). The temperature difference of almost 10 °C between top and bottom temperature can probably be explained by different thermal reflection properties of the CPU / PCB surfaces and some thermic isolation / heat dissipation by the board.

I also tried to "light up" the Elpida RAM chip on the bottom by performing an extensive memory stress test, but the chip remained always cooler than the CPU.

Finally I documented how the RPi cooled down after the stress test:

Photo #1 shows the RPi 2 with the stress test still running (max. temp / red cross lies on the CPU with ~61.5 °C). Then I hit "CTRL+C" to stop the test, ten seconds later I shot #2, another 10 seconds later #3 and so on. As you can see the CPU temperature came down over 10 °C within half a minute. When it had reached the temperature of the heated-up board it decreased slower. Hope the info presented here proved interesting. Please feel free to comment =-)