Here an article about a Poljot-Moscow watch (Poljot the Russian word for "flight" is a renowned Russian watch brand btw).

The dial features a small depiction of a Saint George-like knight slaying a dragon - the same image can be found on the flag of Moscow - hence the name (see Wikipedia). 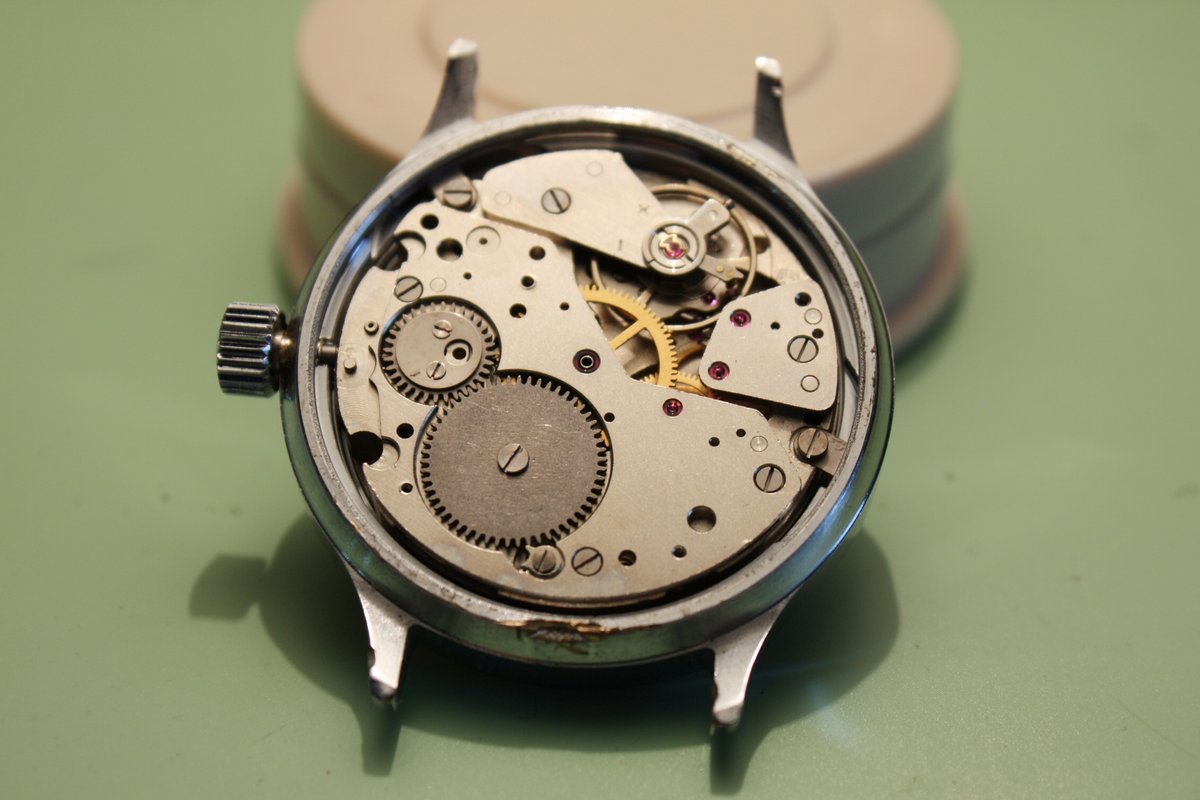 Inside is a hand-wound, rock-solid Poljot 3105 movement with 17 jewels. 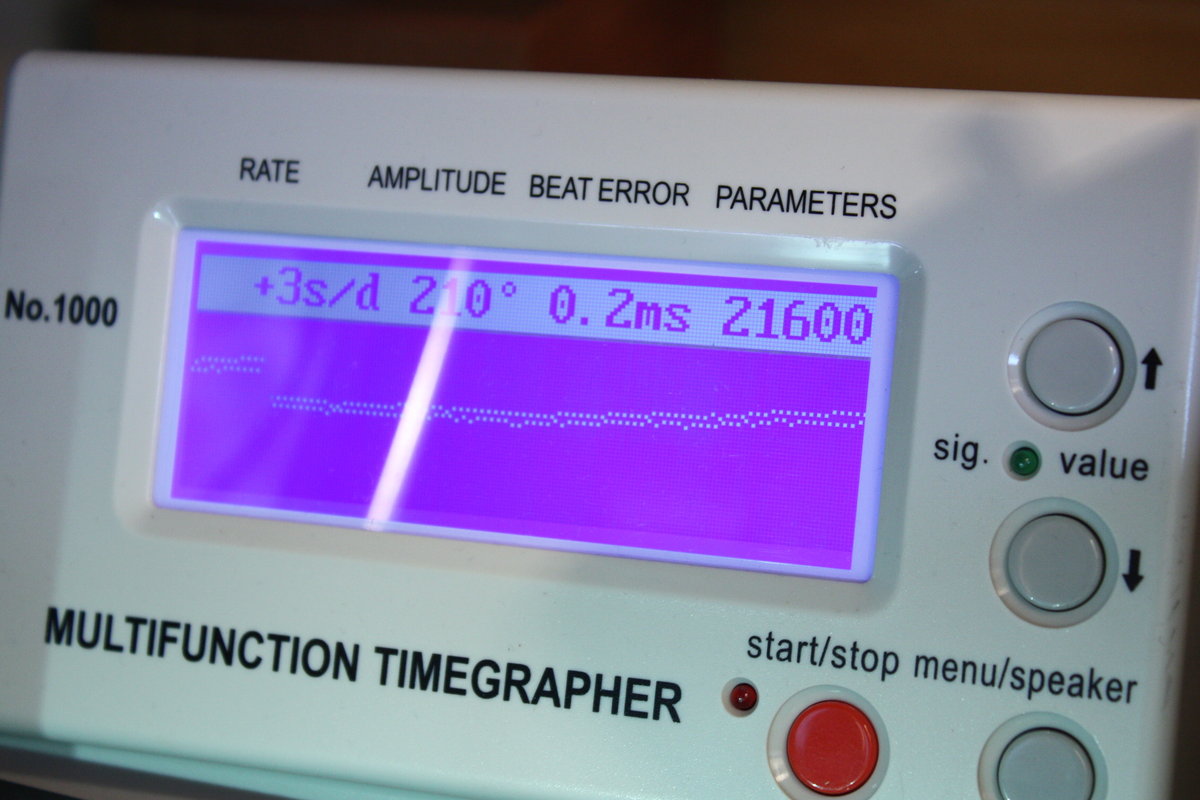 On the timegrapher the movement still shows two almost straight lines - very good for a watch which hasn´t received any service in the last years. Cleaning the movement will correct for the admittedly somewhat low amplitude. 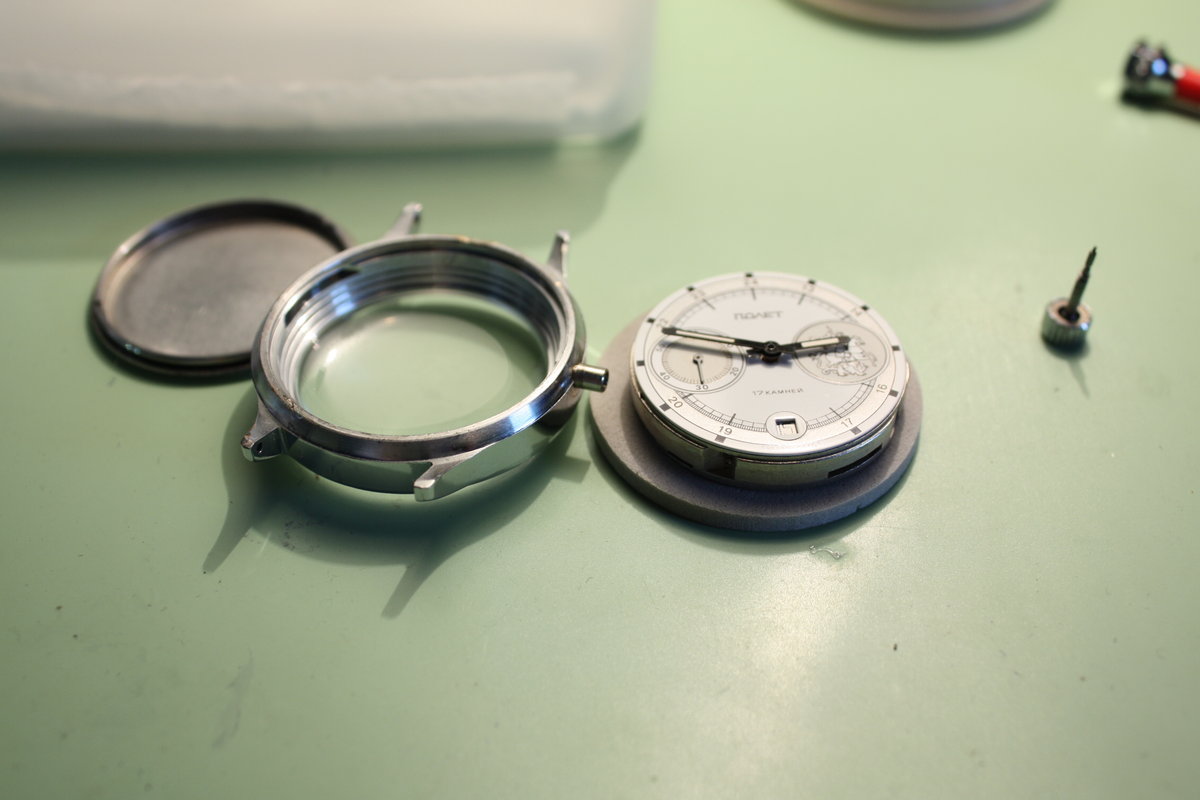 The movement next to its case. 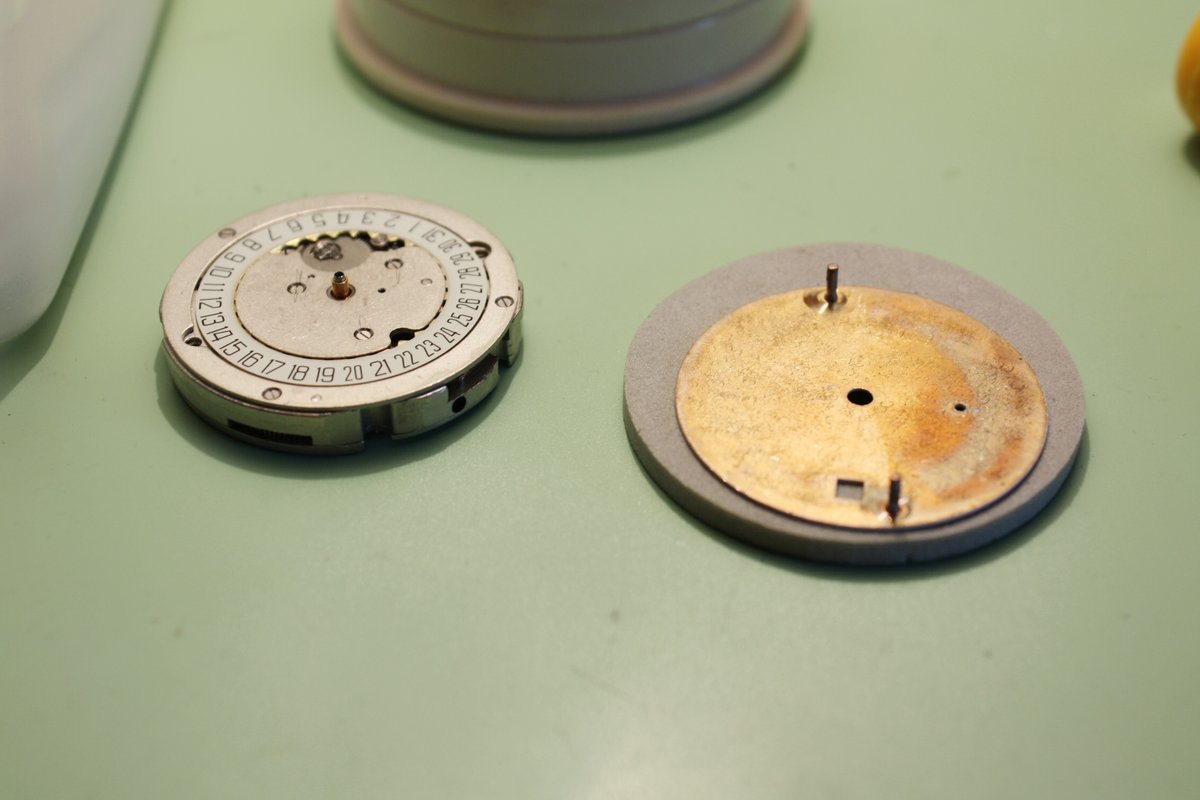 Under the dial the movement shows a very functional but also accurate design. 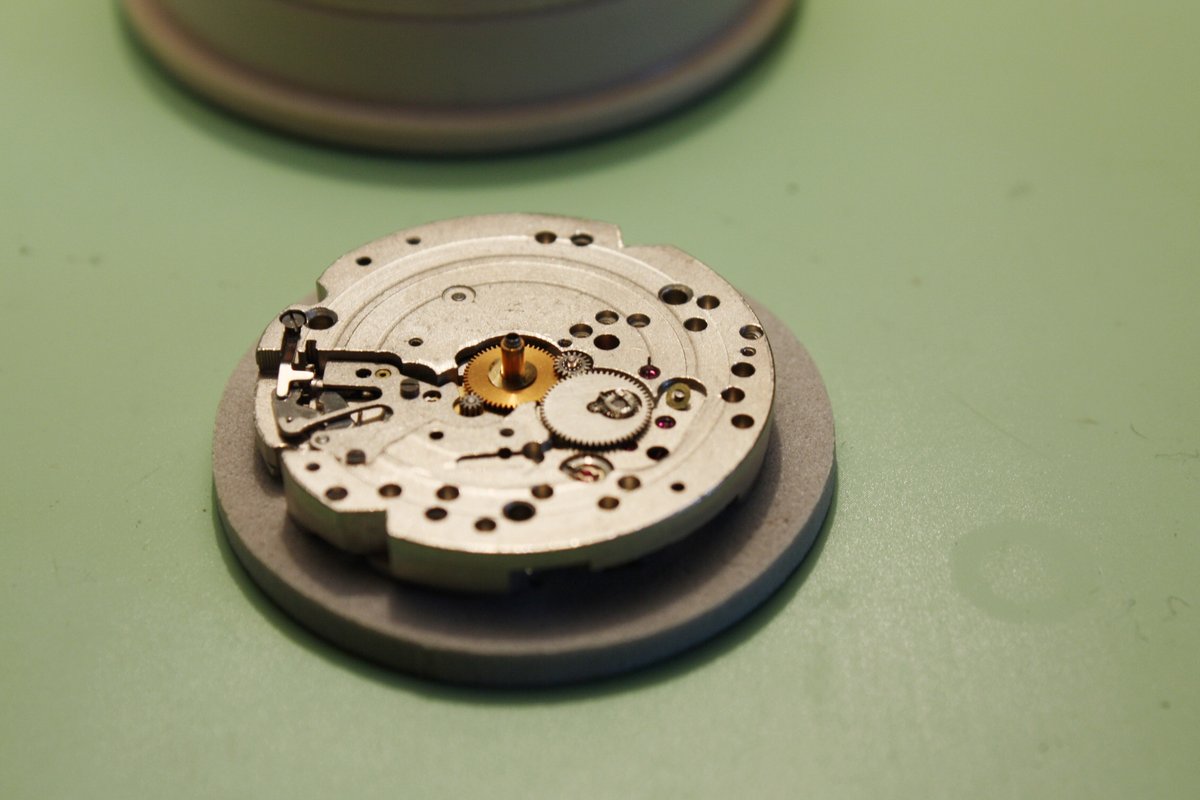 After removal of the date ring and the date retention lever with spring. 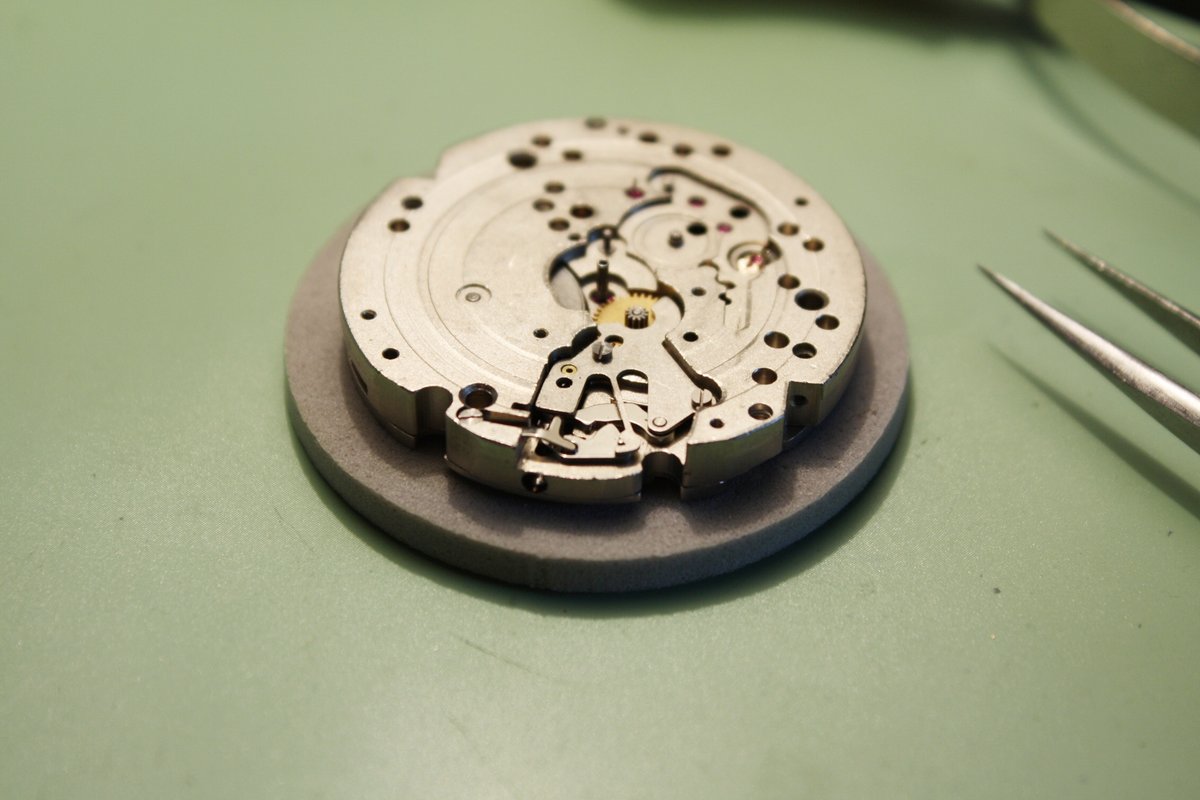 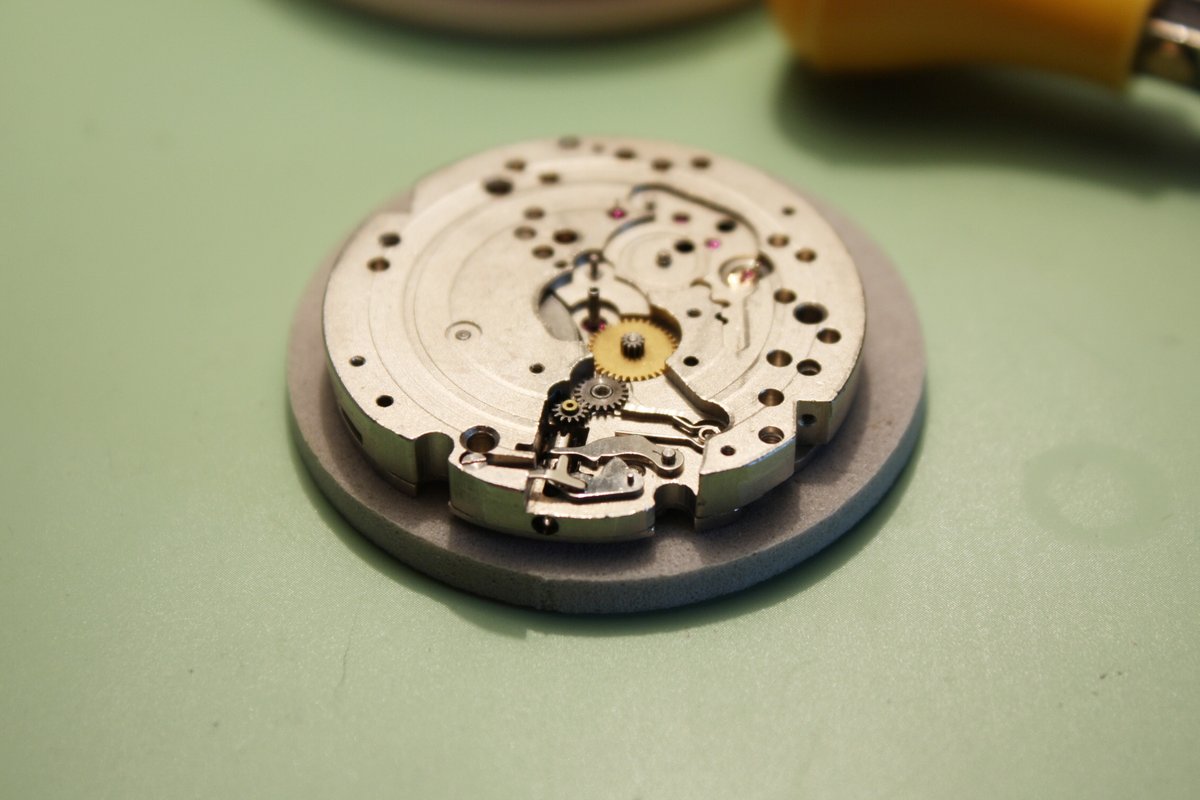 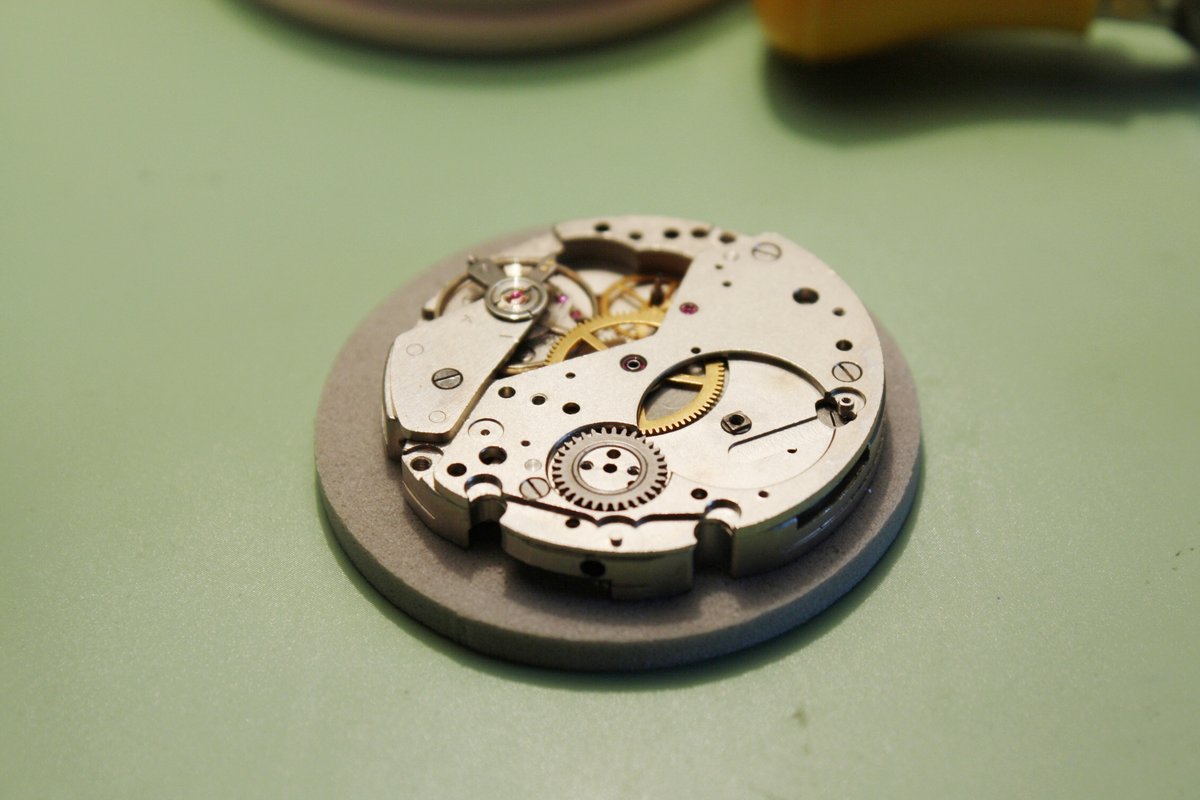 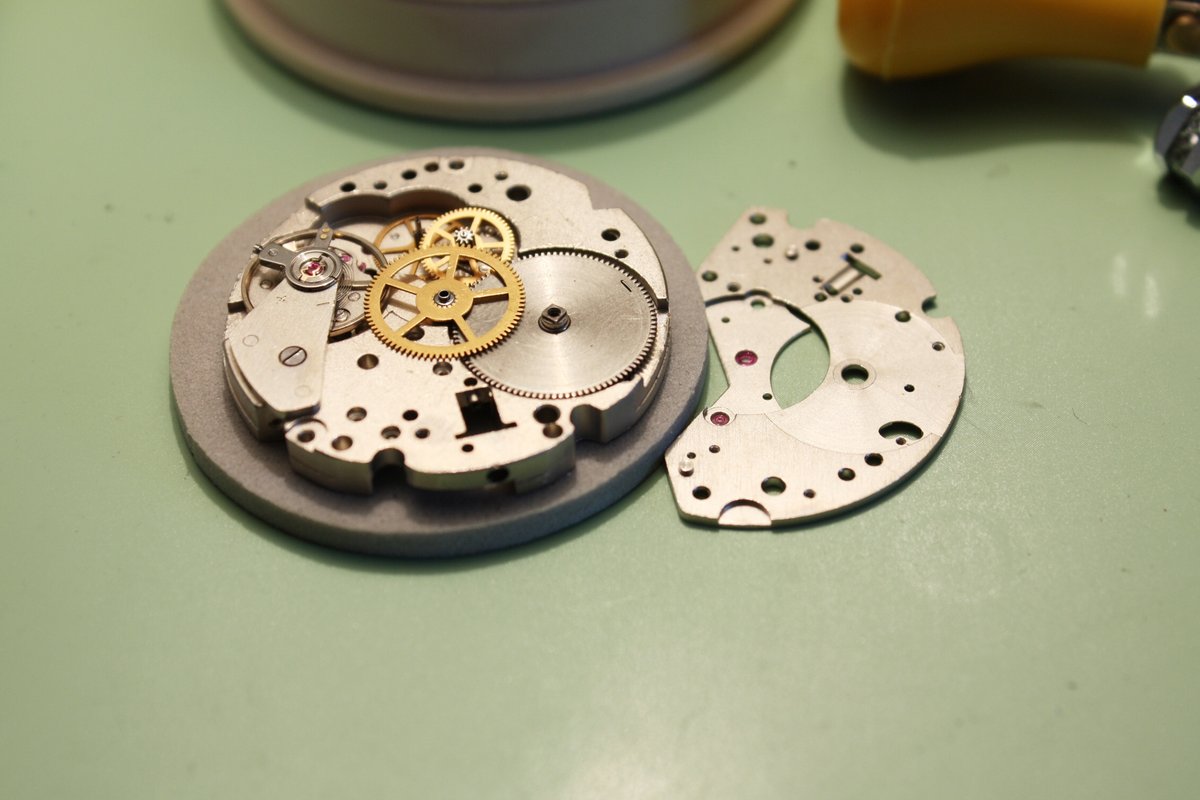 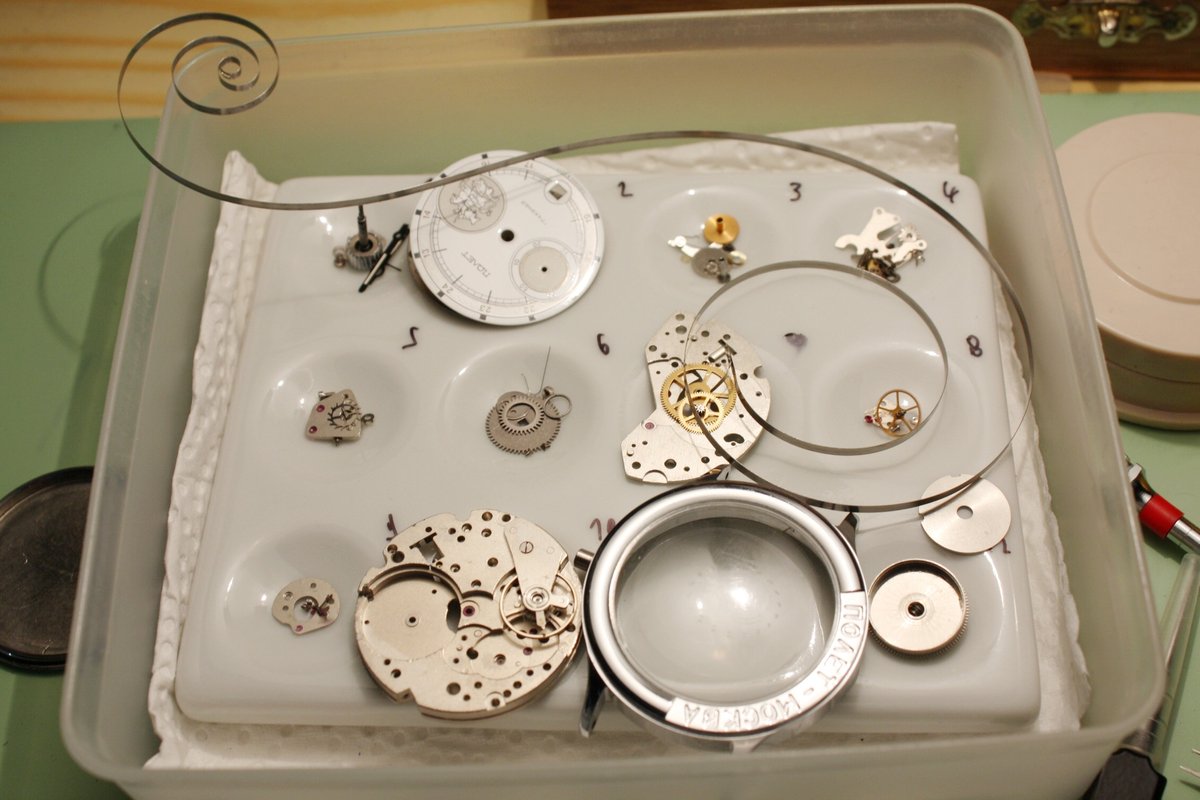 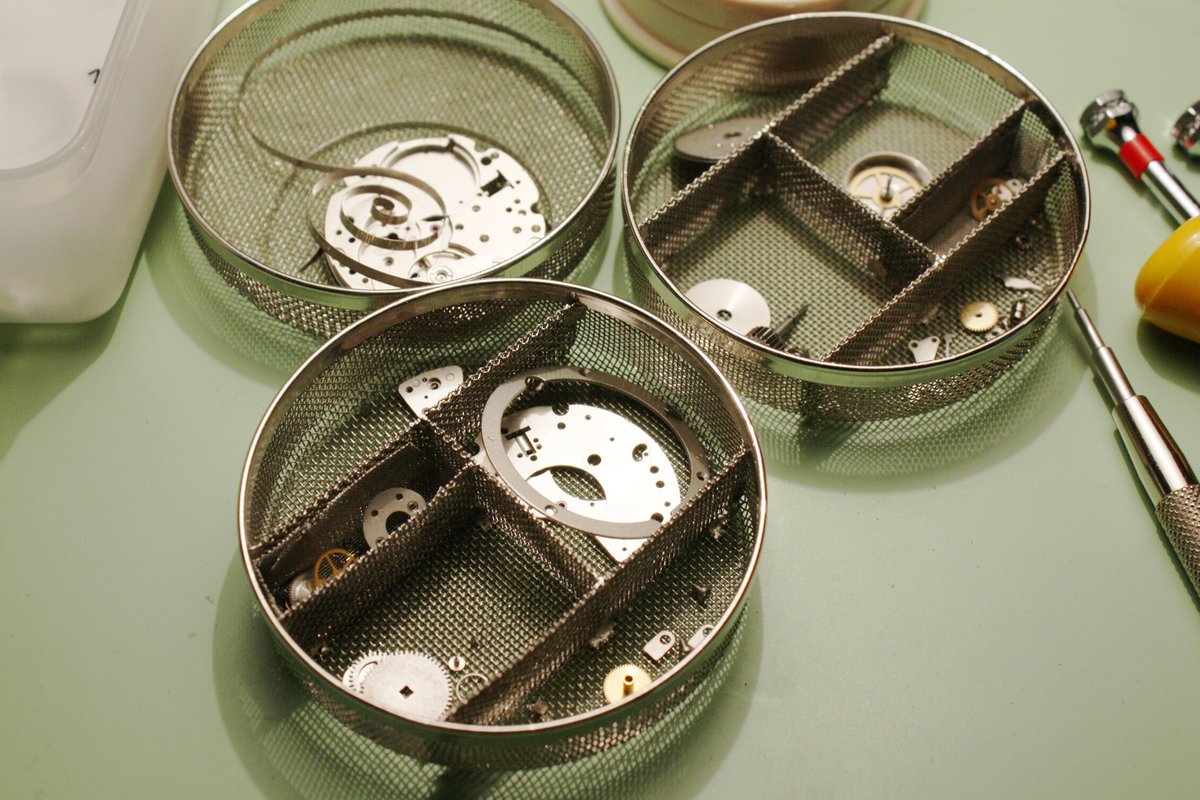 To remove old oil and dirt the movement goes to the cleaning basket. 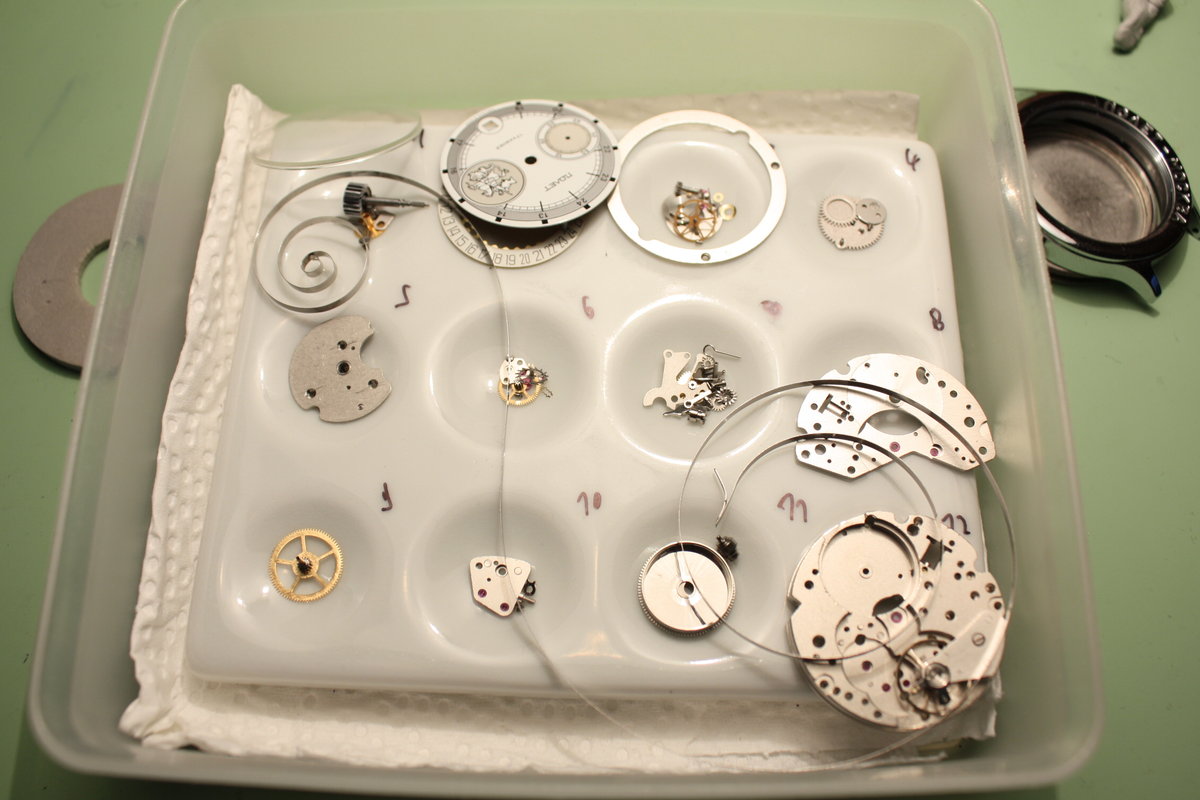 Before I reassemble the watch I check the parts for problems like damaged pivots or broken jewels. 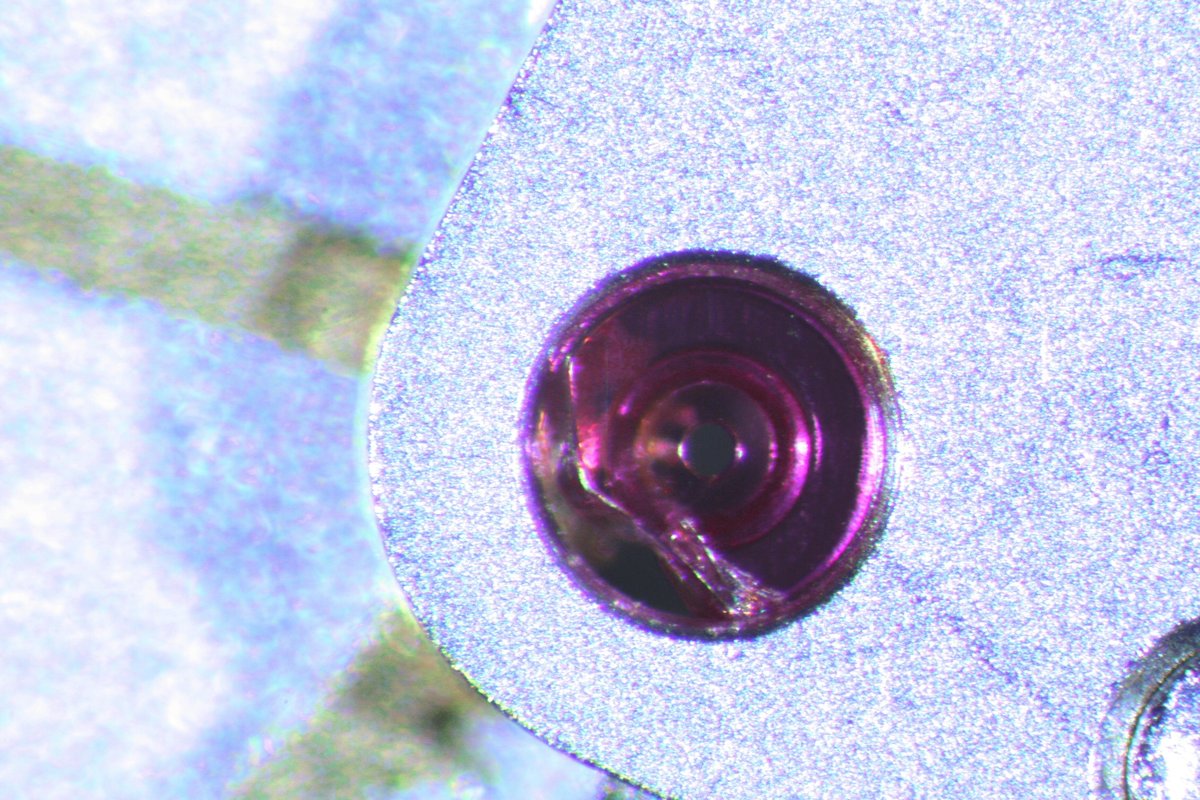 This time I got "lucky" and found a broken jewel... 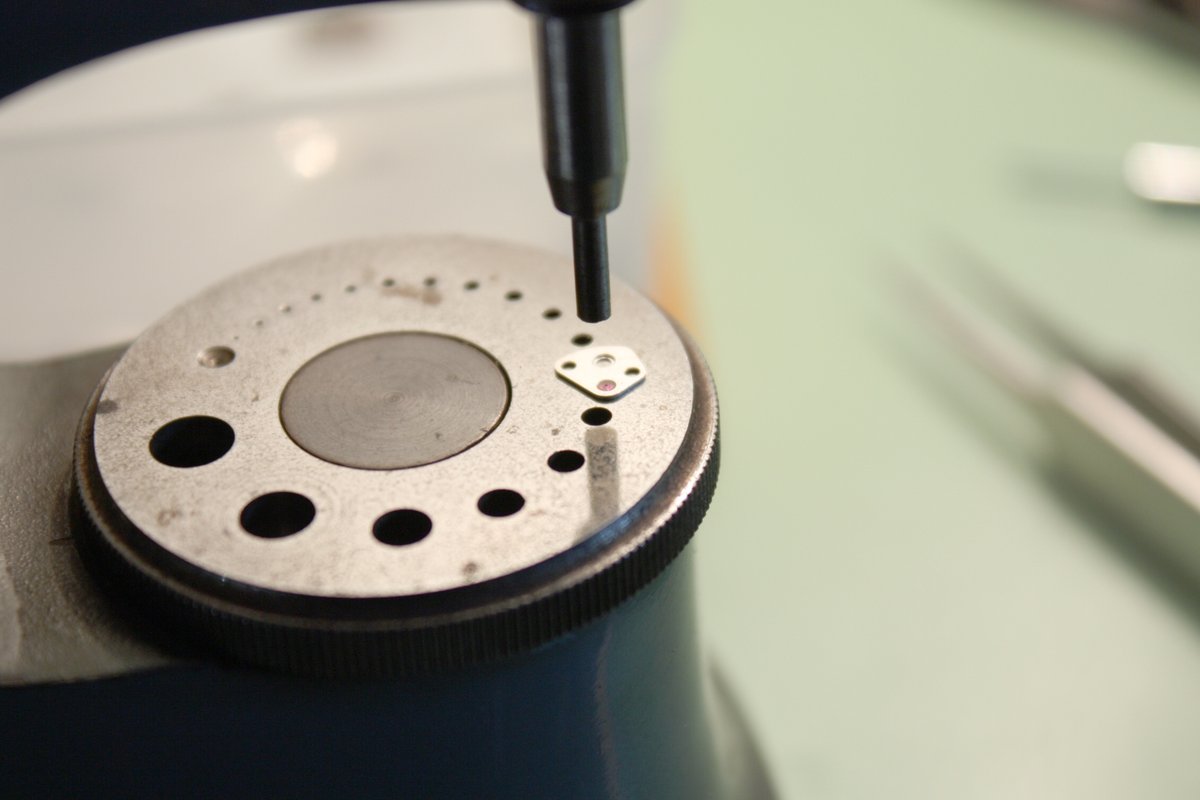 ...which I replaced using my staking tool. 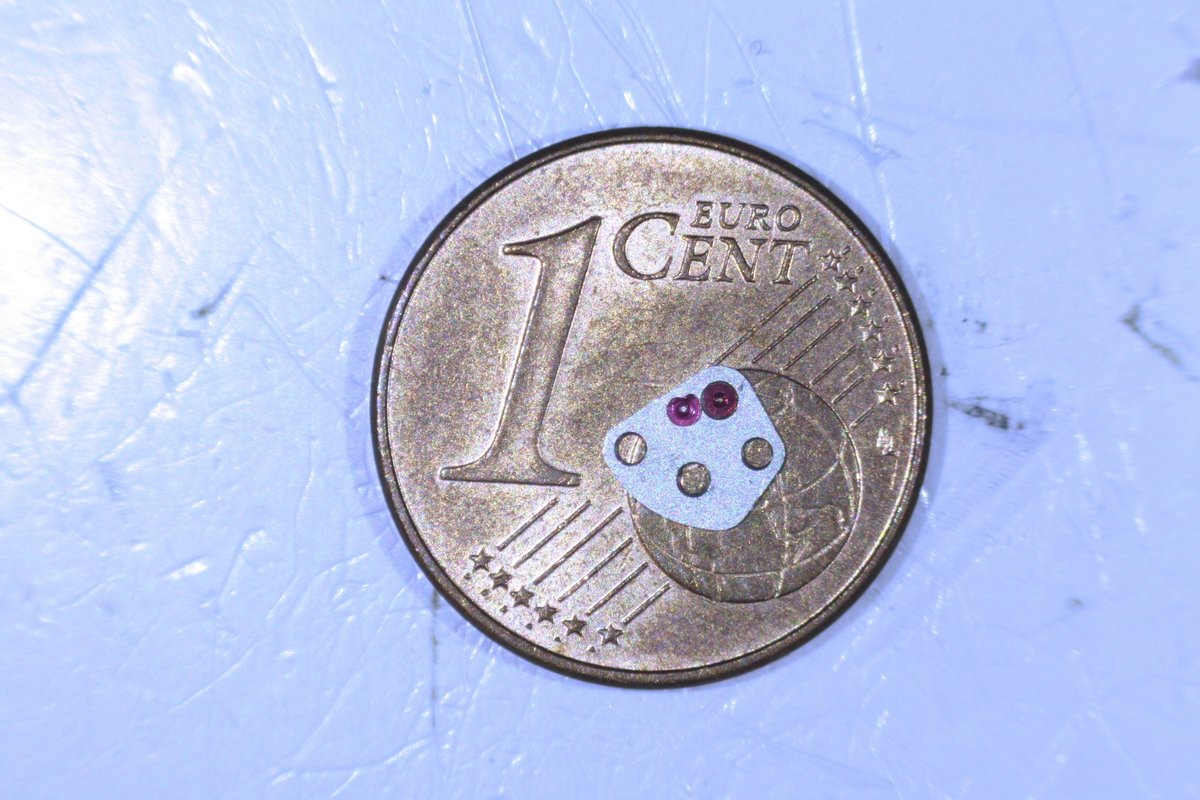 Here the broken and the replaced jewel on a Euro cent coin. 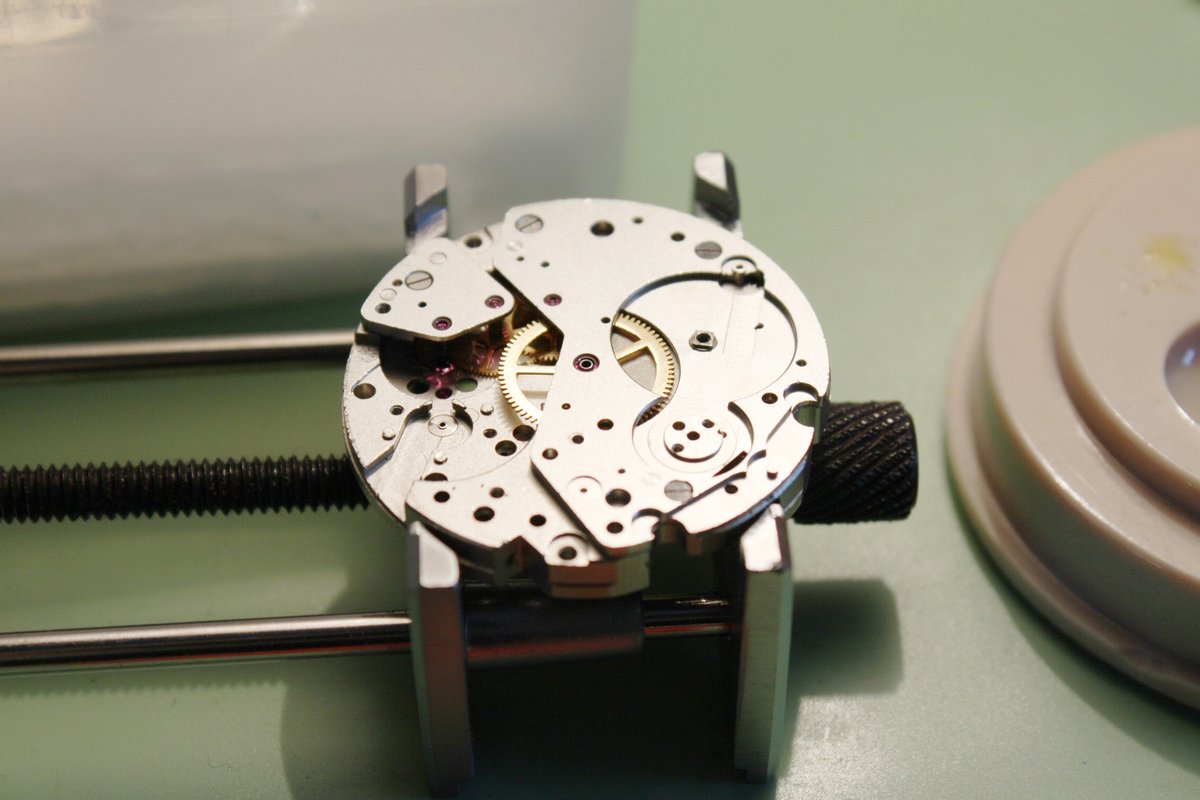 Reassembly on the caseback side... 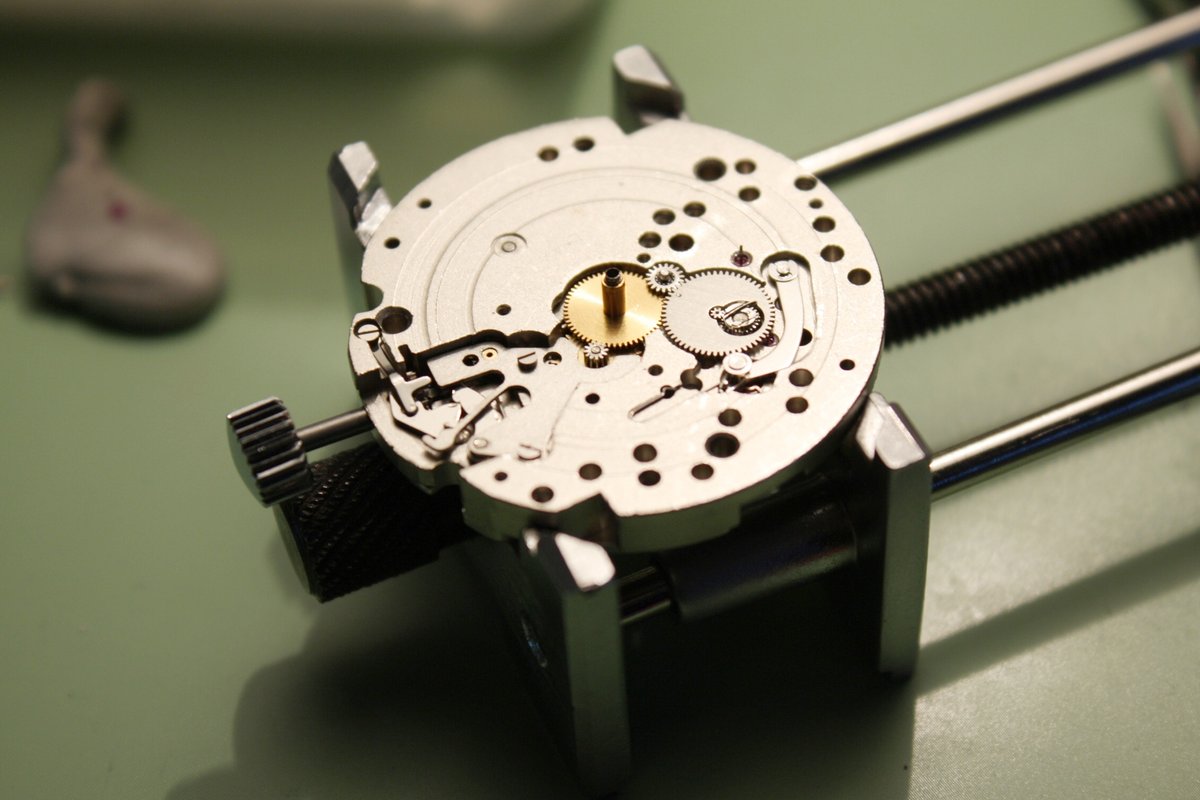 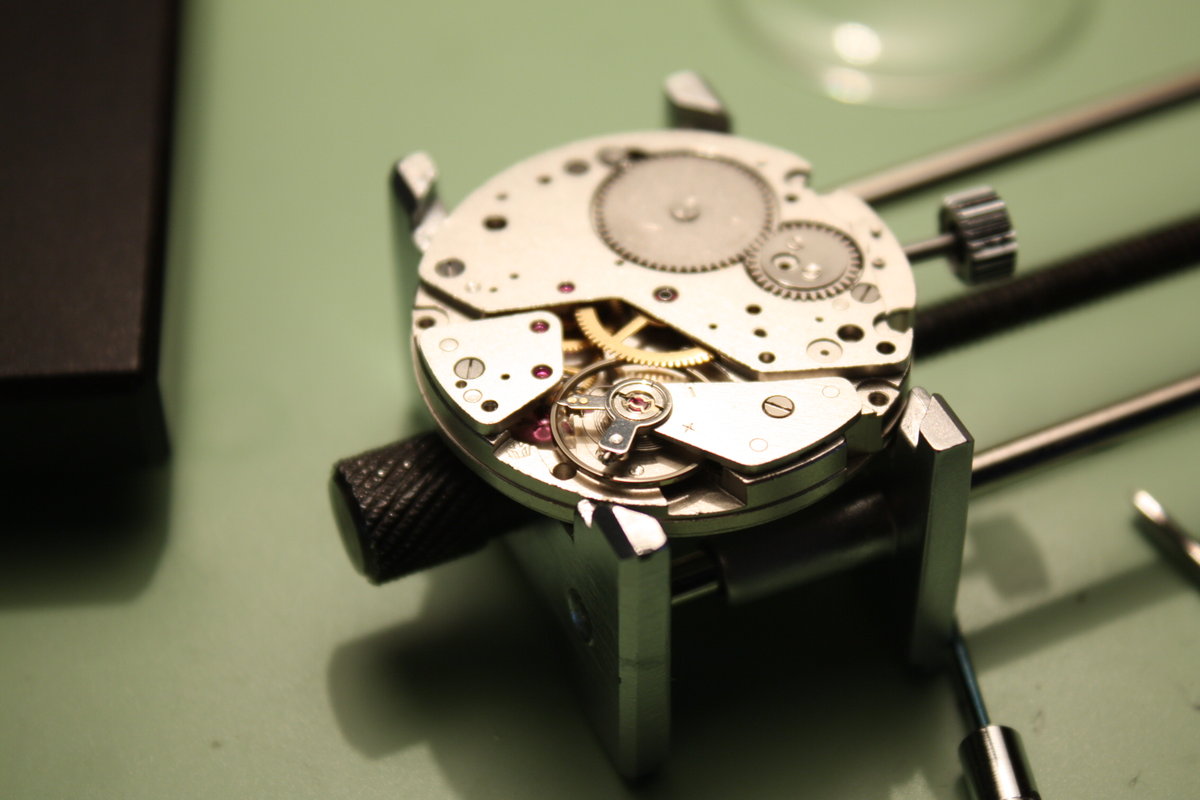 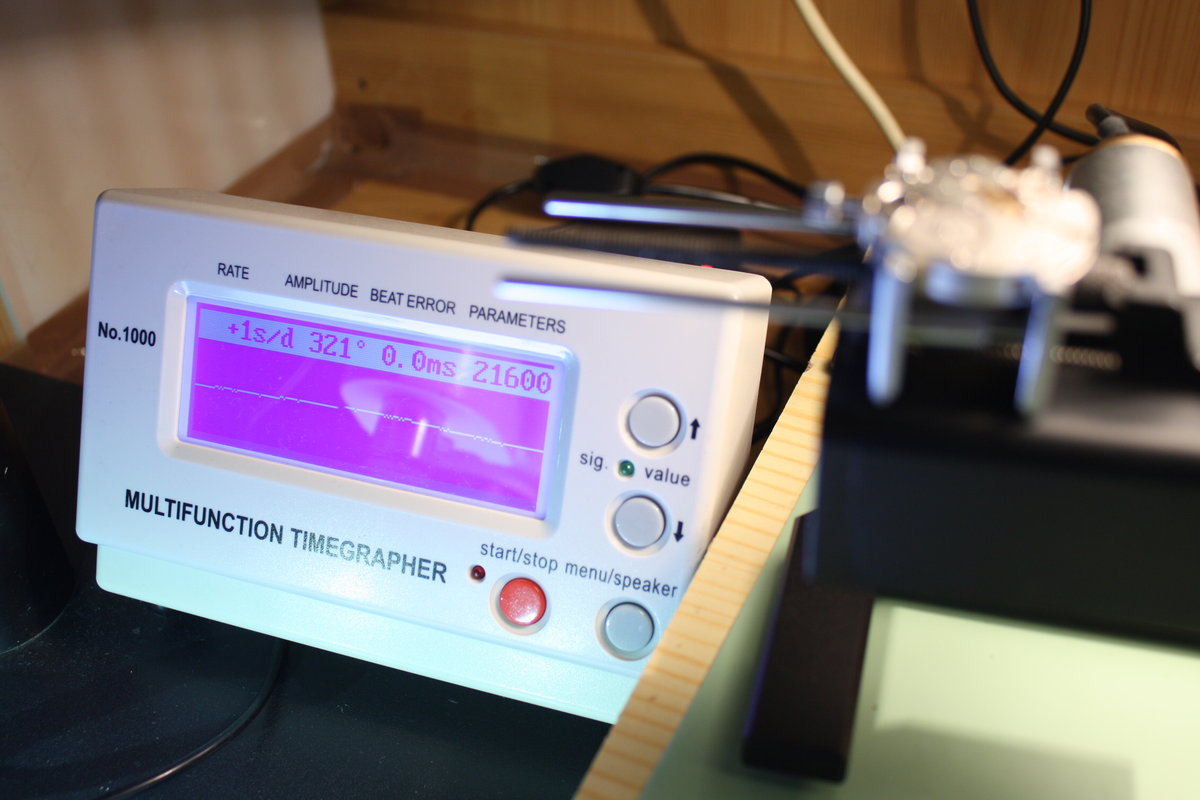 Cleaned and re-lubricated the amplitude went up to 321° with a straight line on the timegrapher - very well. 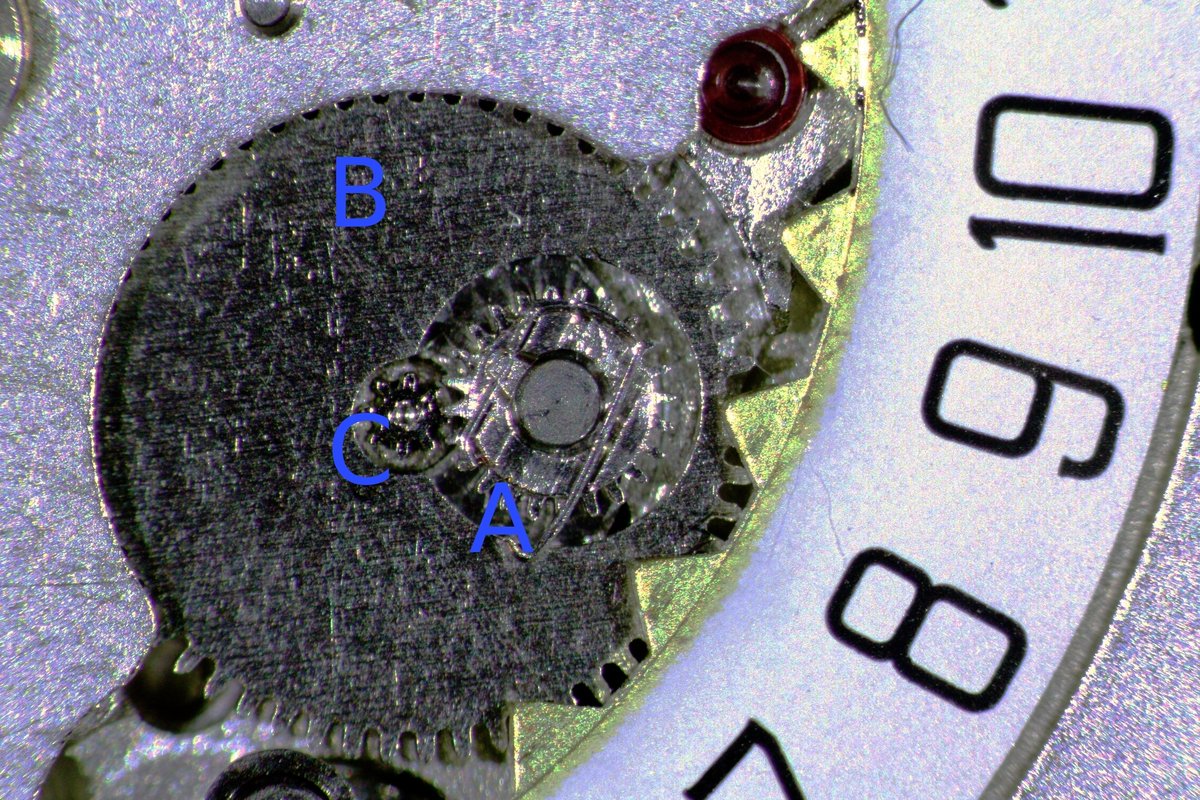 The date change mechanism is very sophisticated with its planetary gear construction. A smaller planetary gear with 24 teeth and a small arm fixed to it (A) rides on a bigger one with 56 teeth (B). While B is turning around, A moves around the fixed 8-teeth center gear (C). 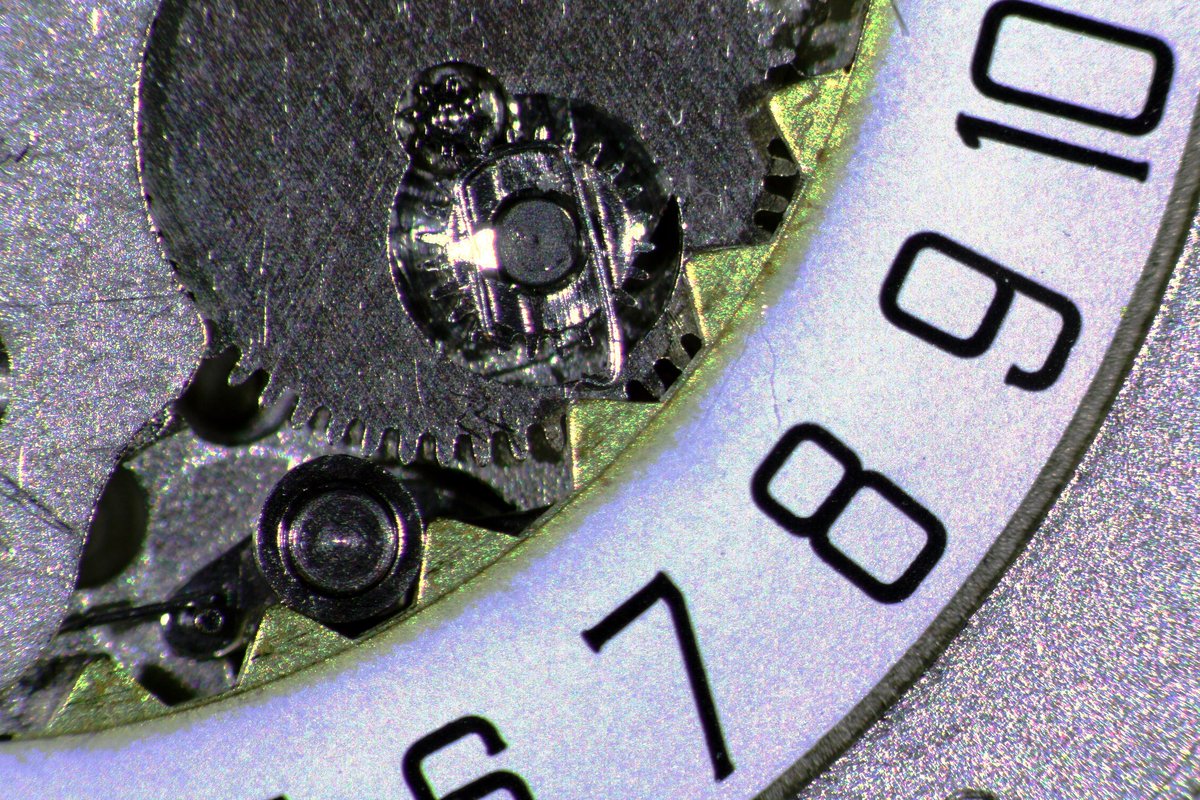 The planetary gear makes one complete revolution every 8 hours and three every 24 hours. As seen in the photo above, the arm on the planetary gear can thus advance the date ring one position further each day (the ring is then held in place by the retention lever with the roller on the lower left...). More info on watchuseek. 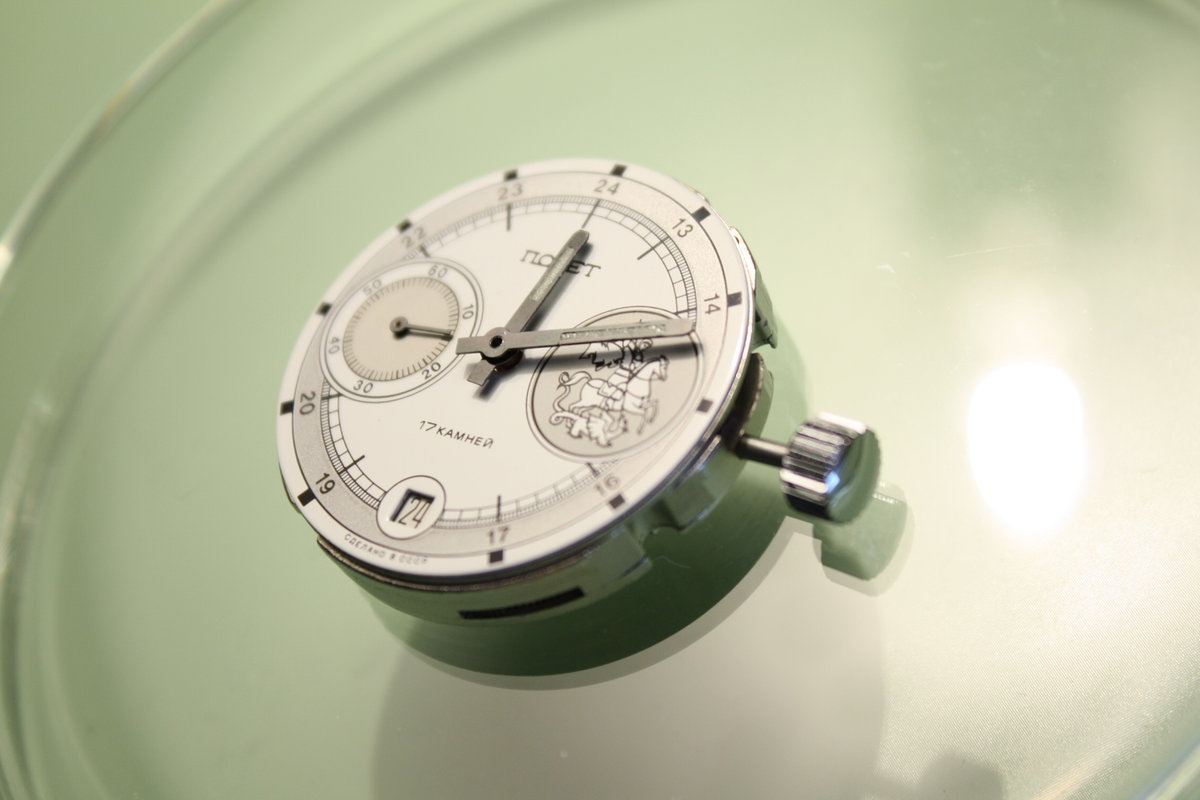 Instead of the original white color I applied some Luminova powder to the minute and hour hands. 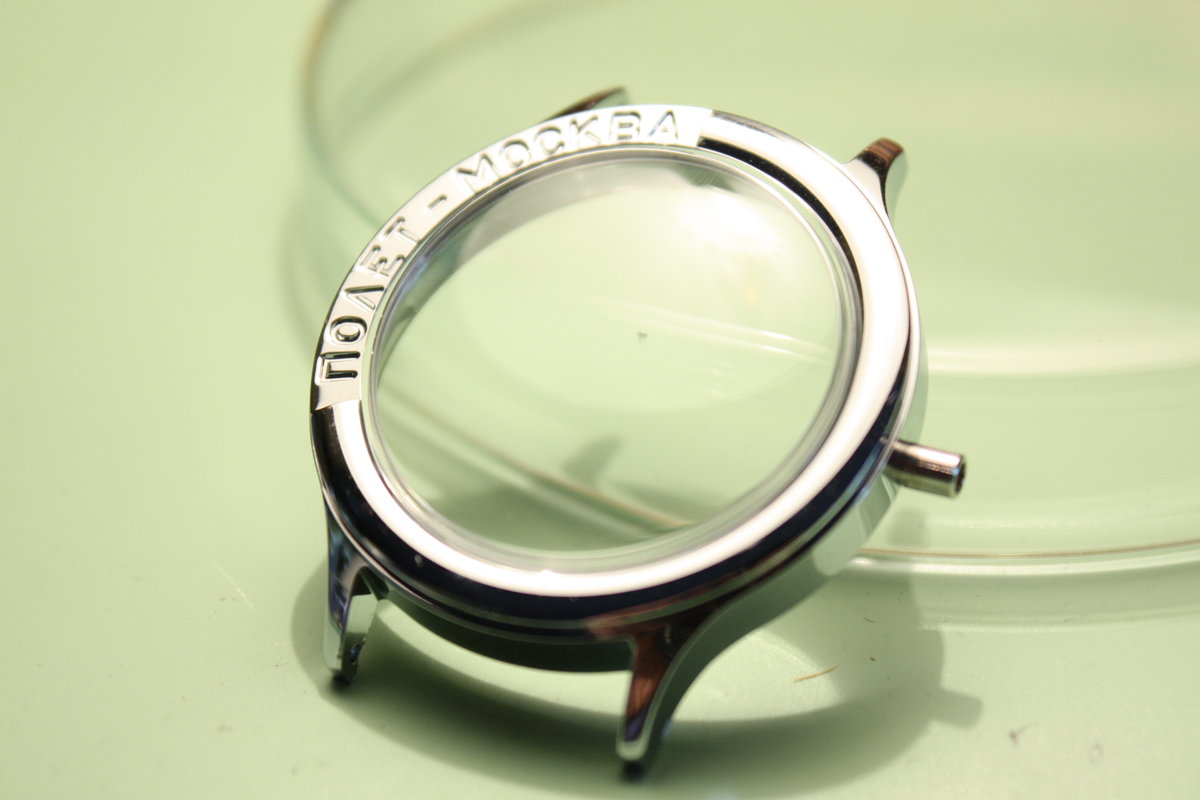 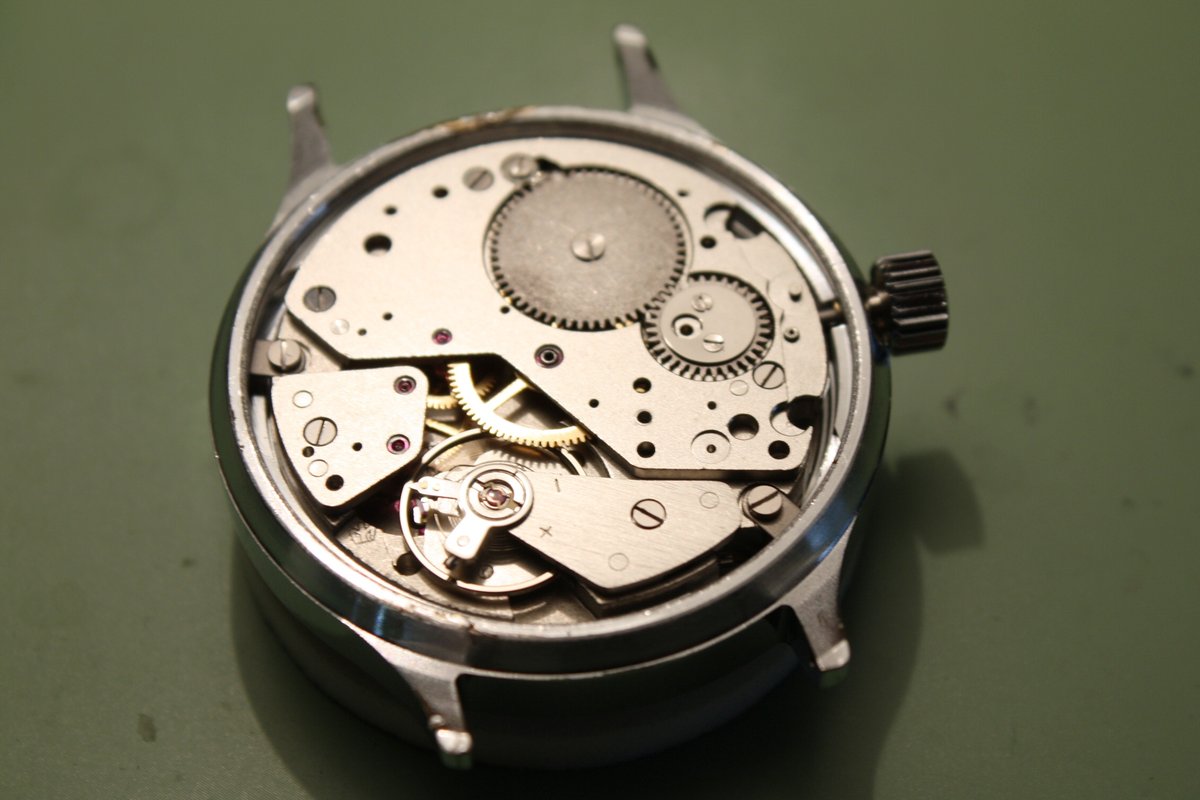 The movement back inside the case. 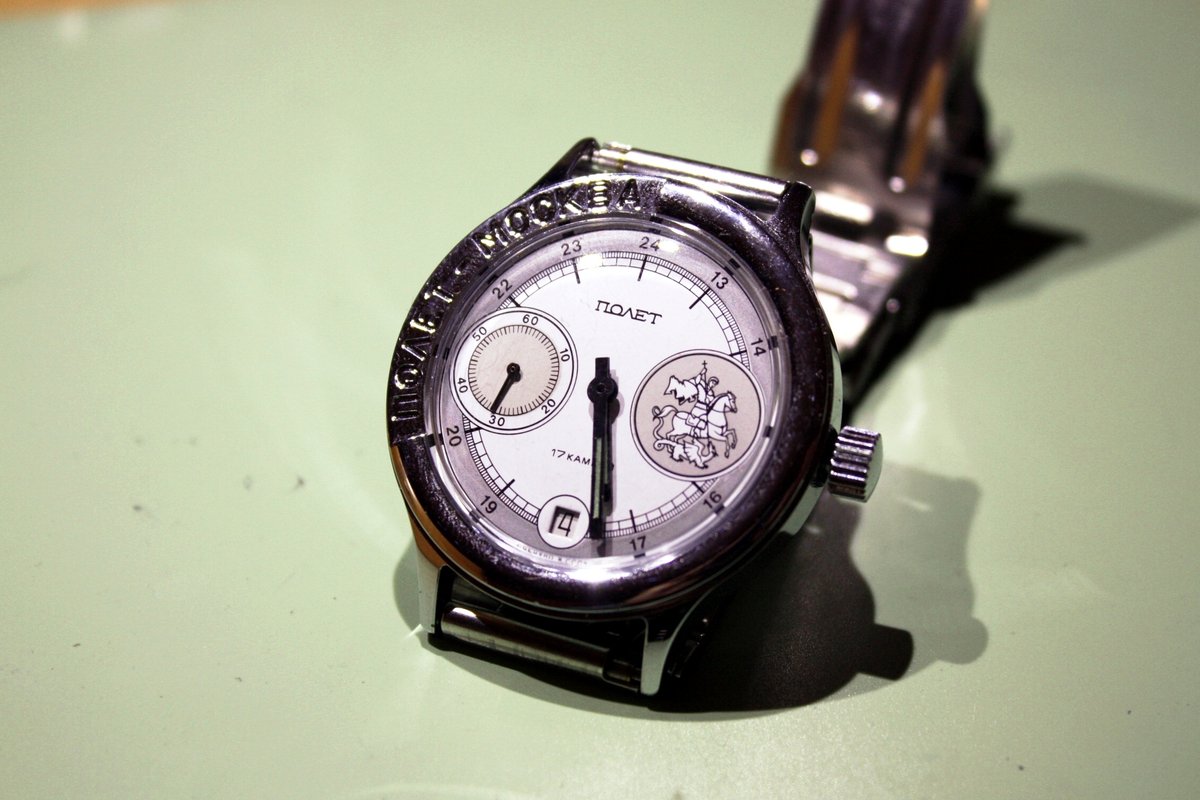 The finished watch with its original stainless steel Poljot bracelet.