A friend of mine gave me this old pocket watch to date and check it. As you can see it has a lightly coloured enamel dial and looks quite nice in its probably original box.

In detail, both the watch and the box are quite worn. 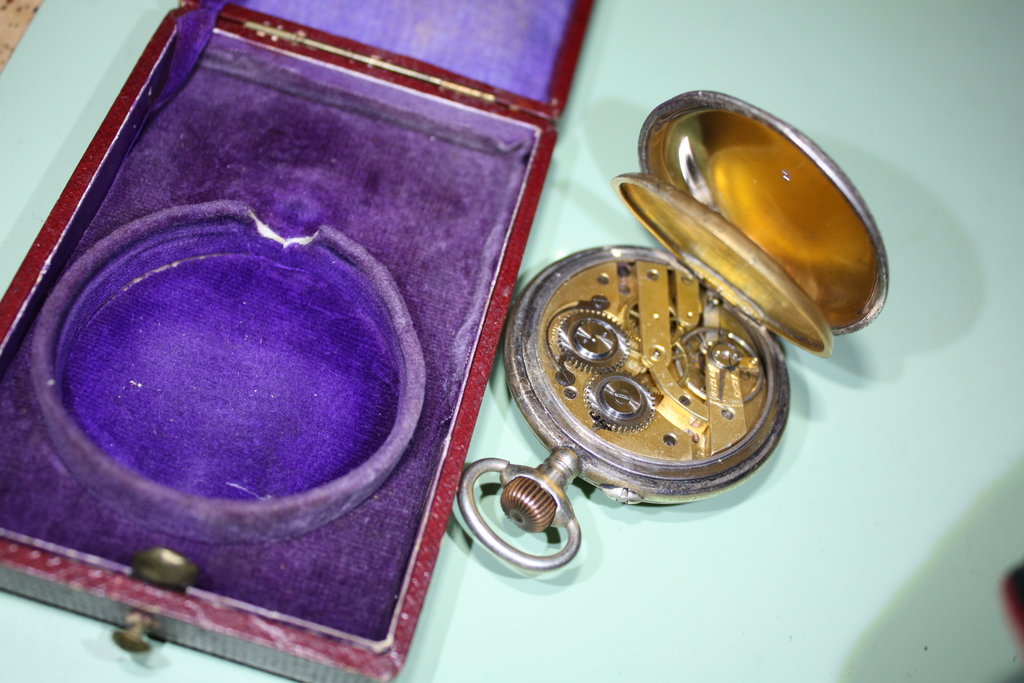 Here a photo of the movement. 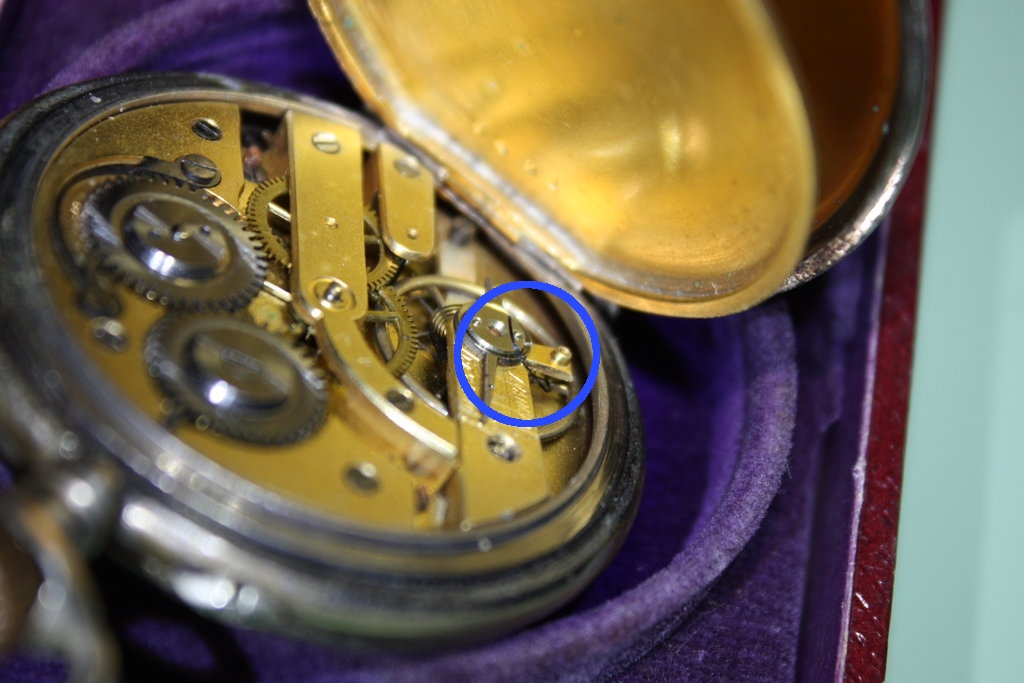 The facts: A standard (nowadays it would be called no-name) movement with a cylinder escapement, wound with a crown and set with the help of a pusher. No shock protection, the balance wheel without regulation screws and mostly non-jewelled bearings. The case seems to be made from brass with a (possibly) silver coating. All in all these findings suggest a design of the late 19th / early 20th century. Back then it was nothing special - just an affordable watch for common people and daily use (probably best compared to a daily wearer from Casio). Regarding its state, it definitely needs some work (see the protruding part of the balance spring in the blue circle?! wua...). The bearings need cleaning, too, and the crystal has been fixed using instant glue. More on this watch in a later post. 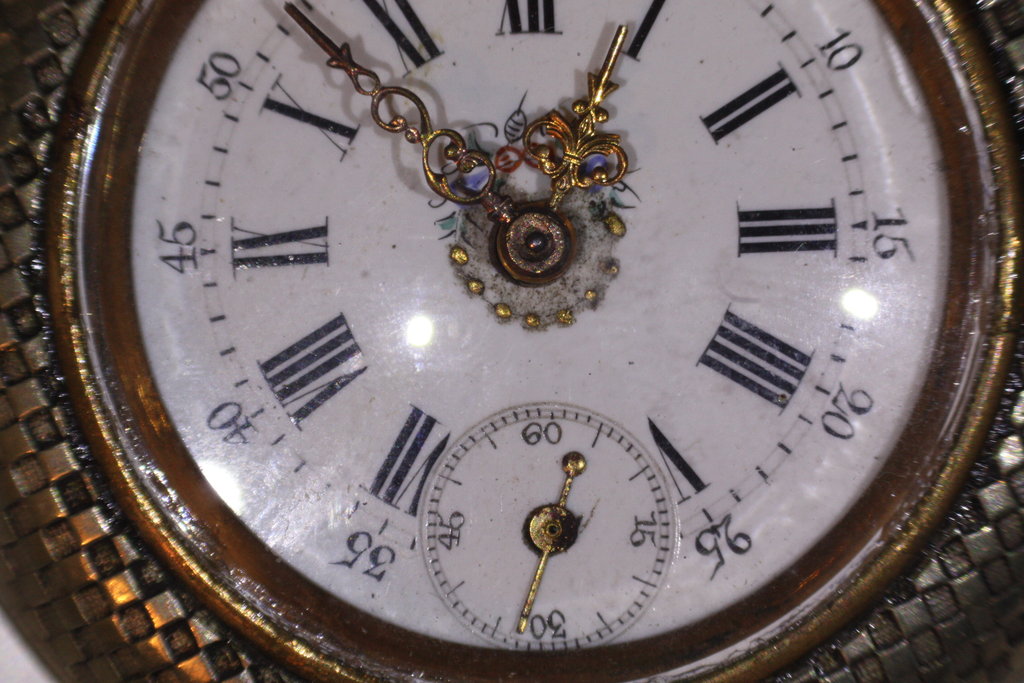 As seen above, the dial seems to have been coloured by hand. 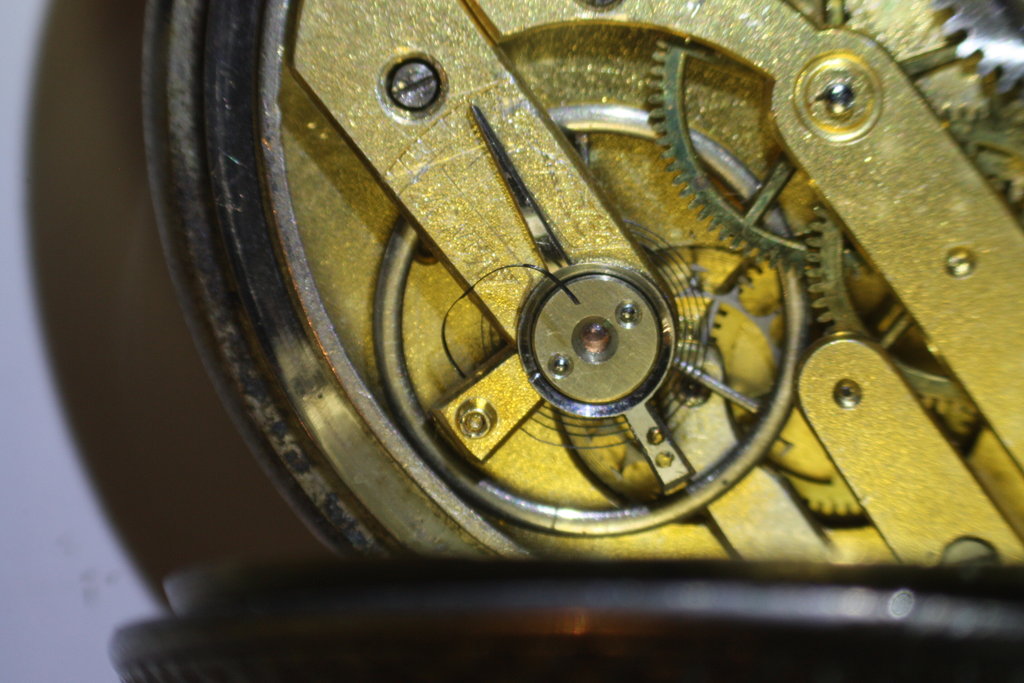 The balance spring is faulty. From the side you can also notice that the blance cock seems to have been elevated a bit by putting a piece of tissue under it (probably to correct for a misalignment of the balance). 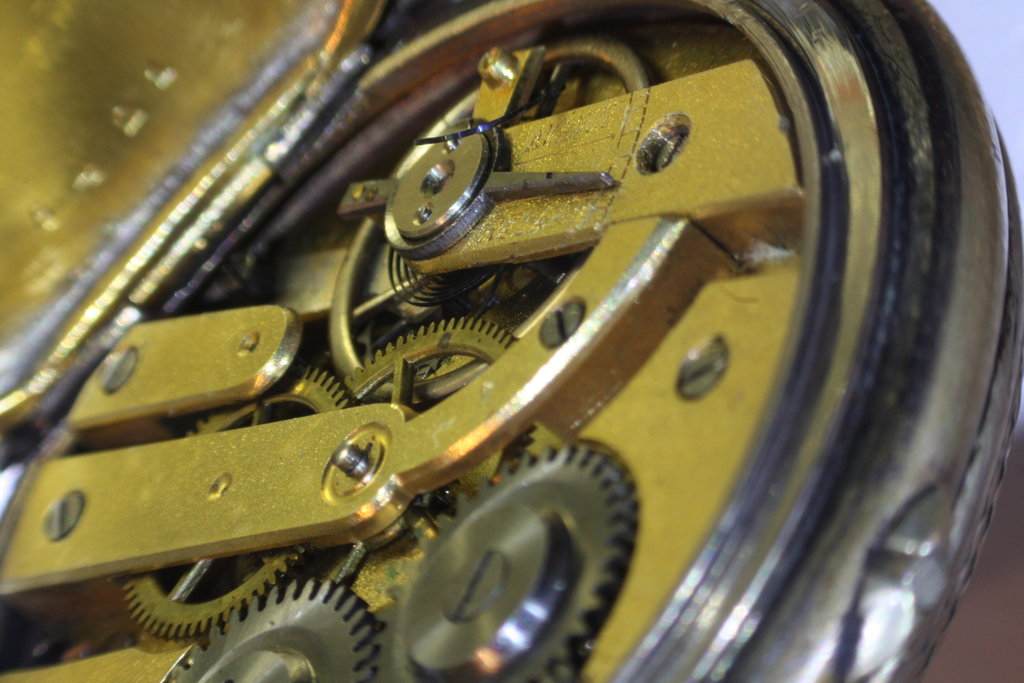