The Nokia Lumia 1020 has a flexibly mounted USB connector (blue circle) which prevents mechanical damages to the logic board inside - not a bad design actually... 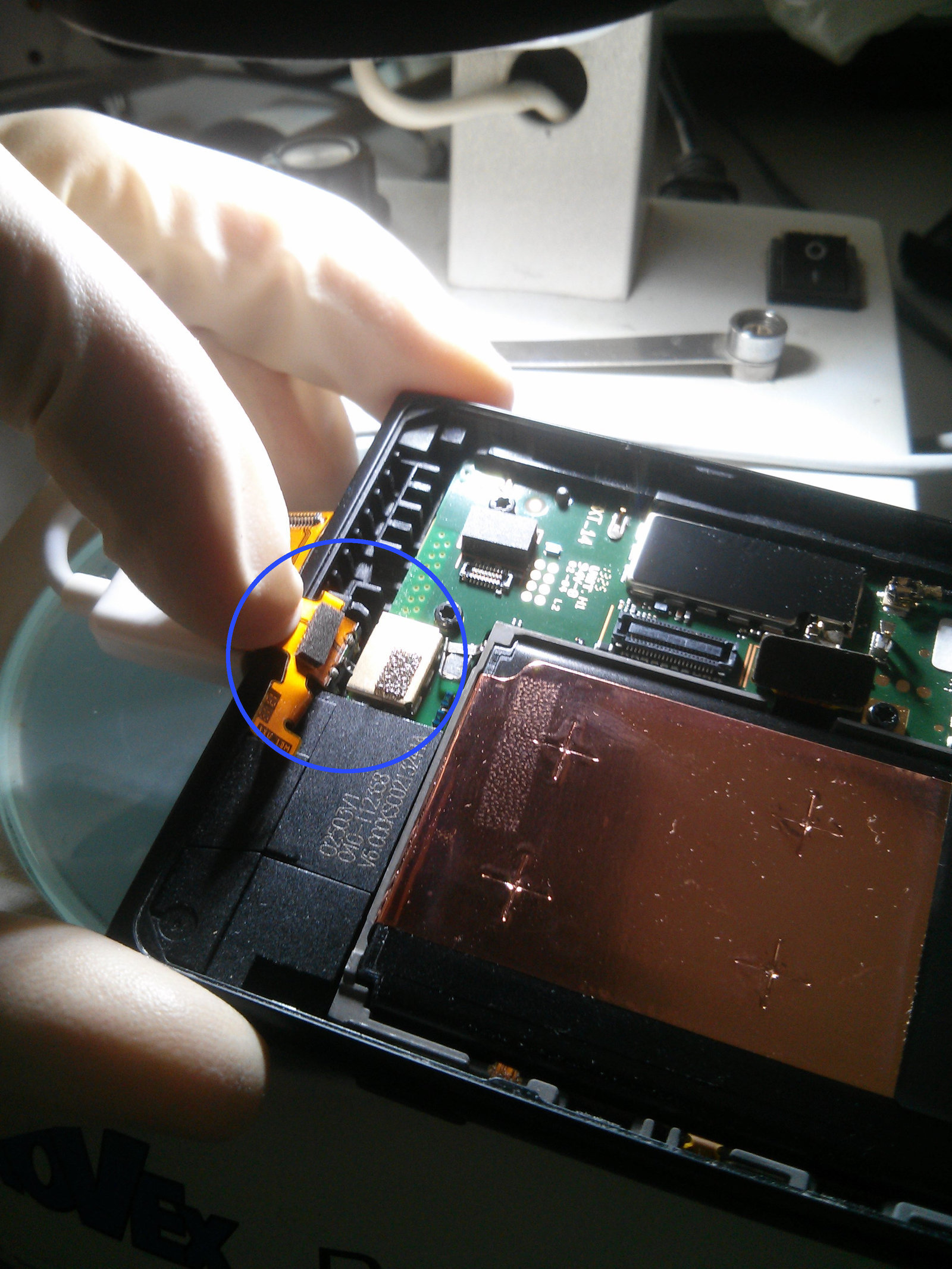 However, plugging in and out the USB cable several thousand times over the years can put some significant stress on the solder joints of the flex-cable-mounted USB jack, causing the joints to break eventually (blue circles below) and thus making it impossible to connect the phone to your PC or to charge it. Especially the latter comes close to bricking it unless you own the meanwhile quite expensive wireless charging case). 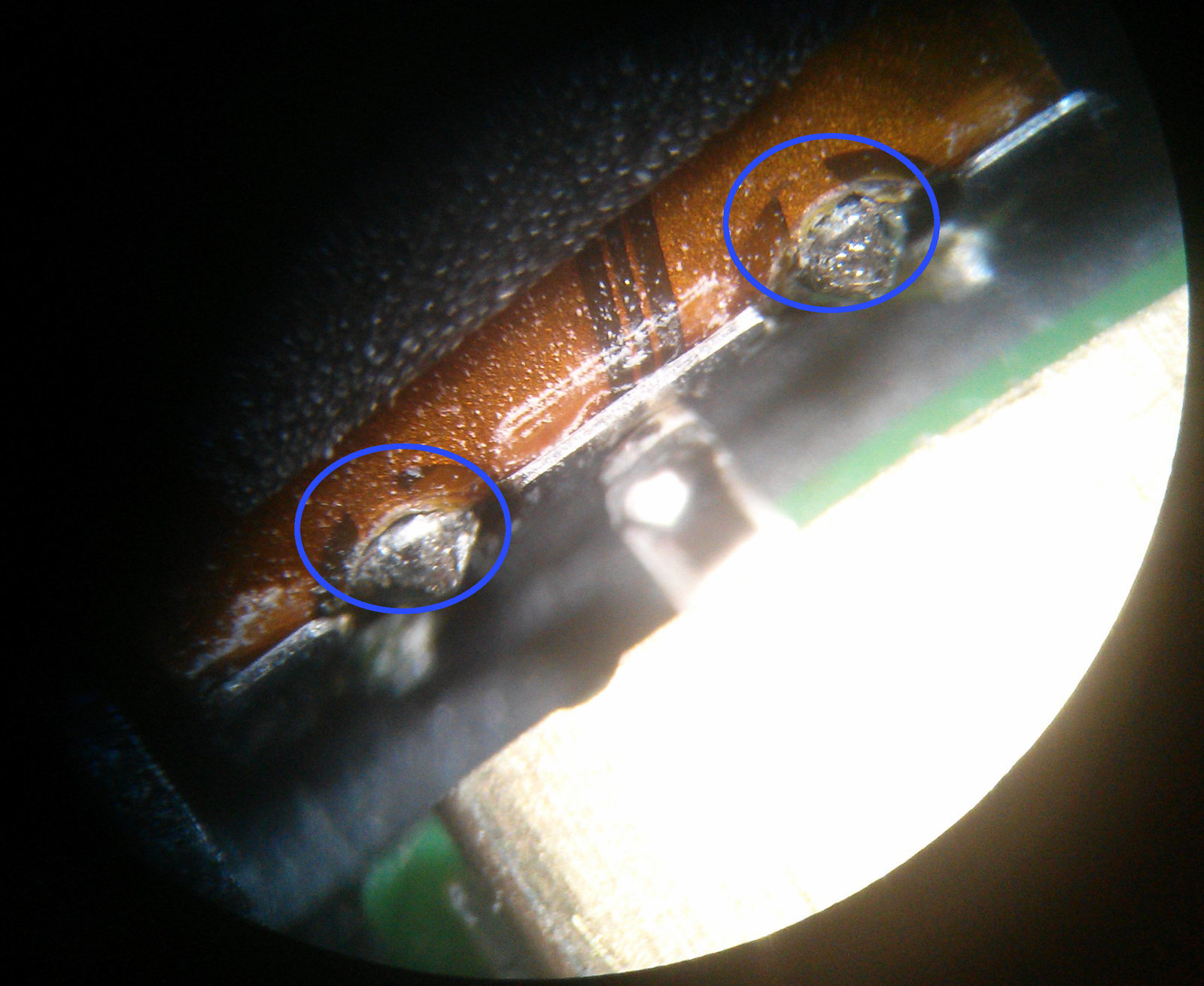 The replacement connector can be purchased online (e.g. on ebay): 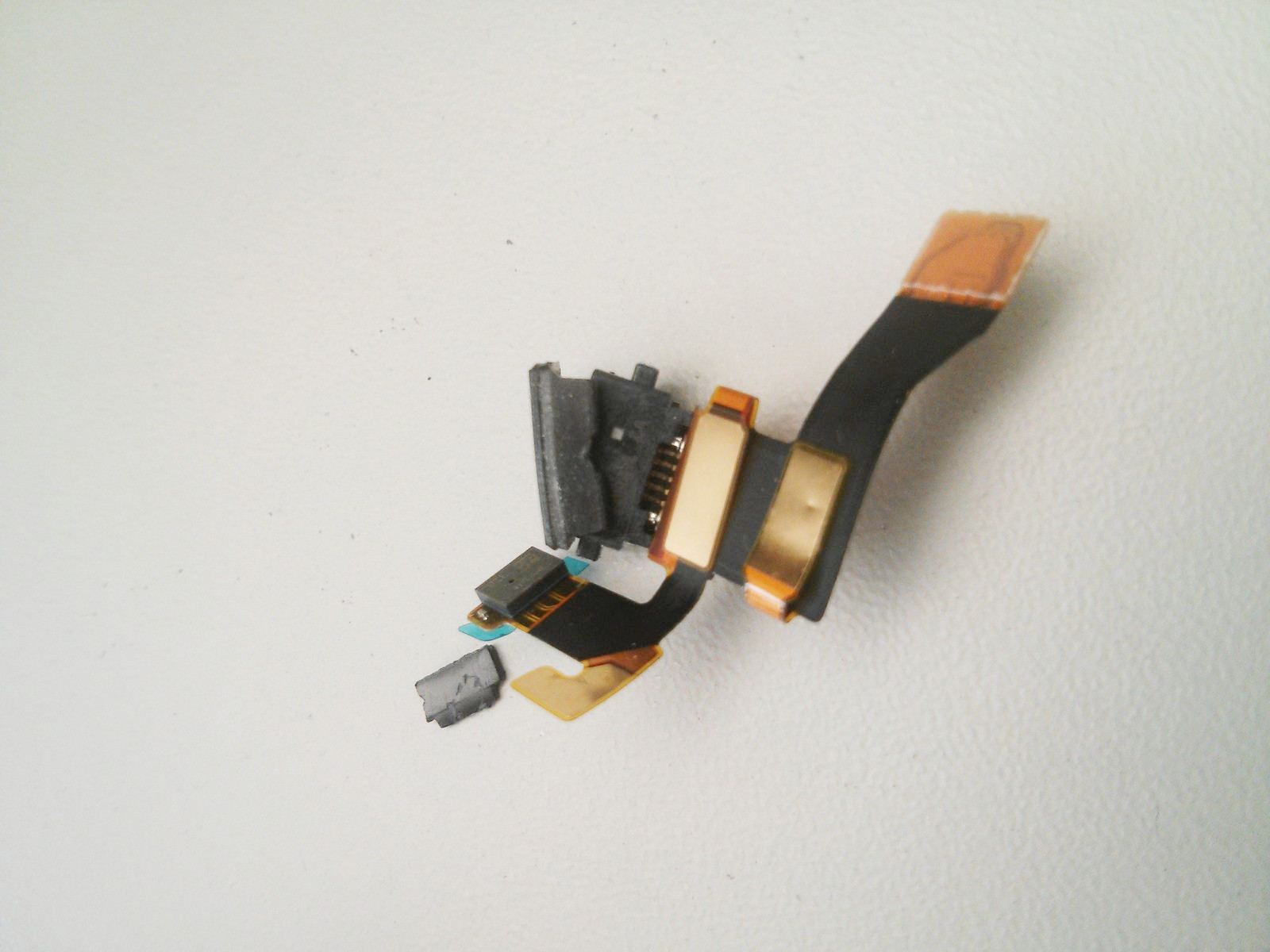 Now, getting the old USB connector out is not quite as easy as it is held in place by the microphone assembly (blue circle below). 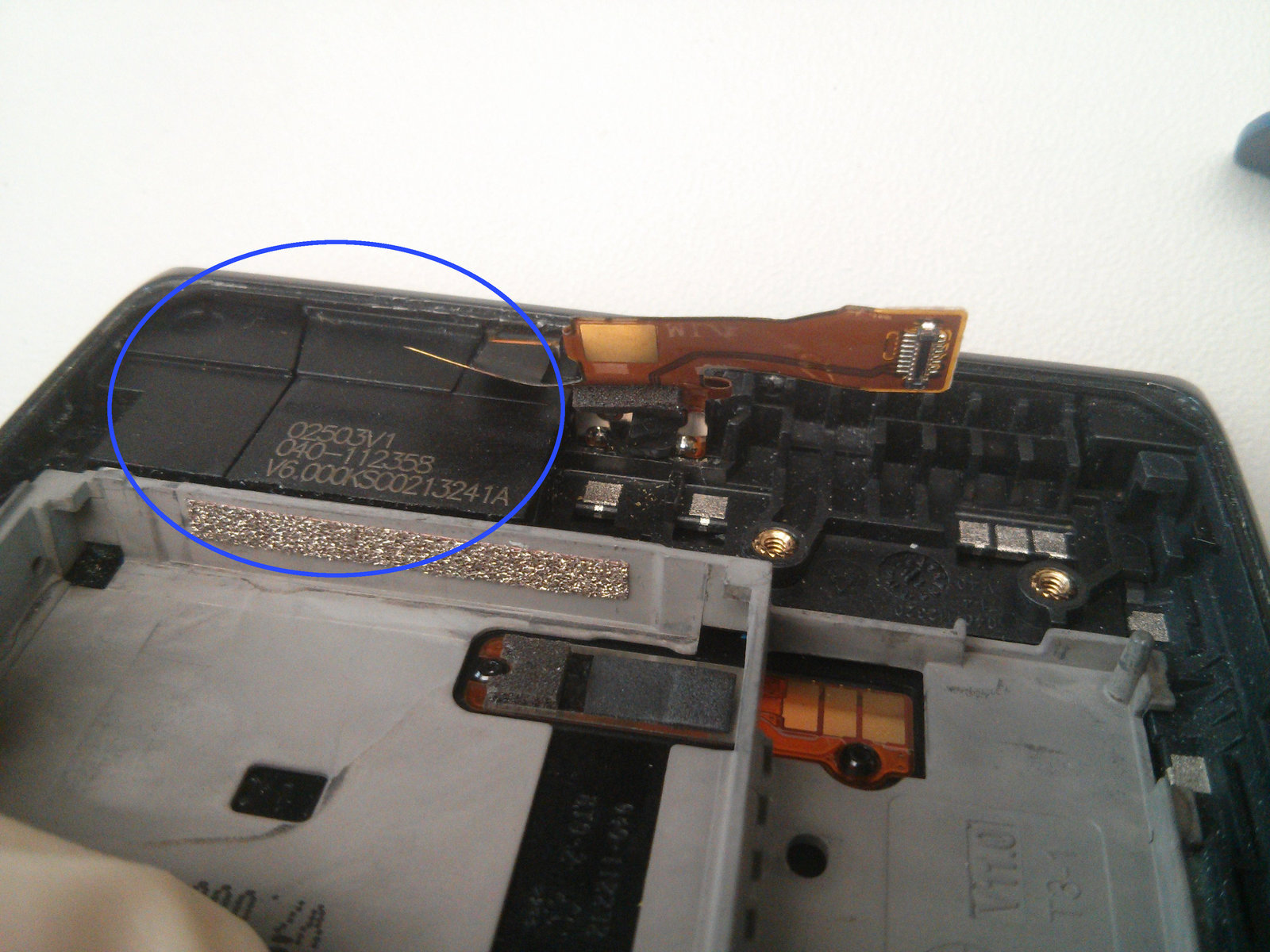 To ease the operation, I removed the flex cable from the connector before I gently lifted the microphone assembly without breaking the plastic case below. I lifted it only so far until there was enough space... 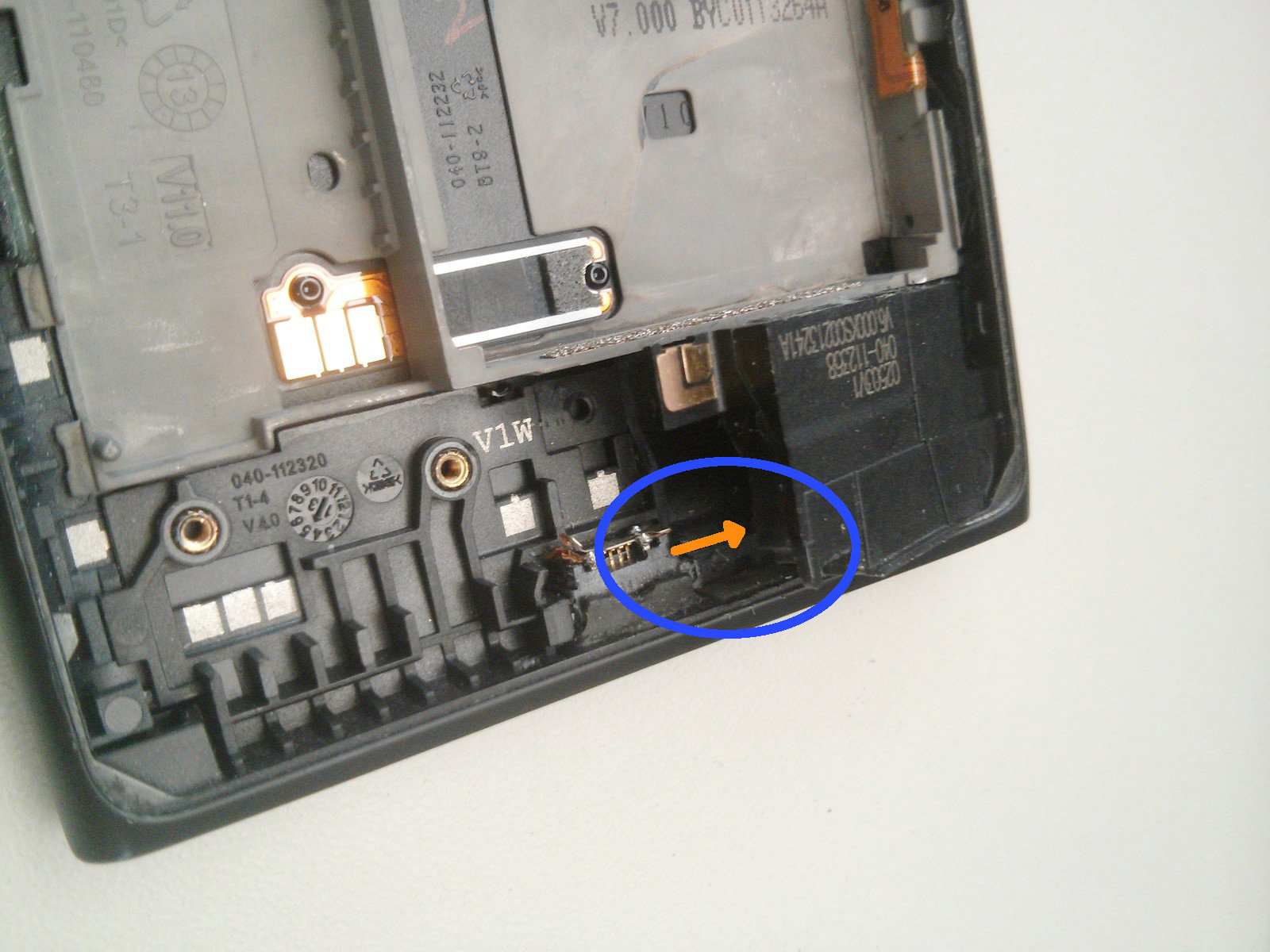 ...to slide the connector out to the right side (see orange direction arrow above...): 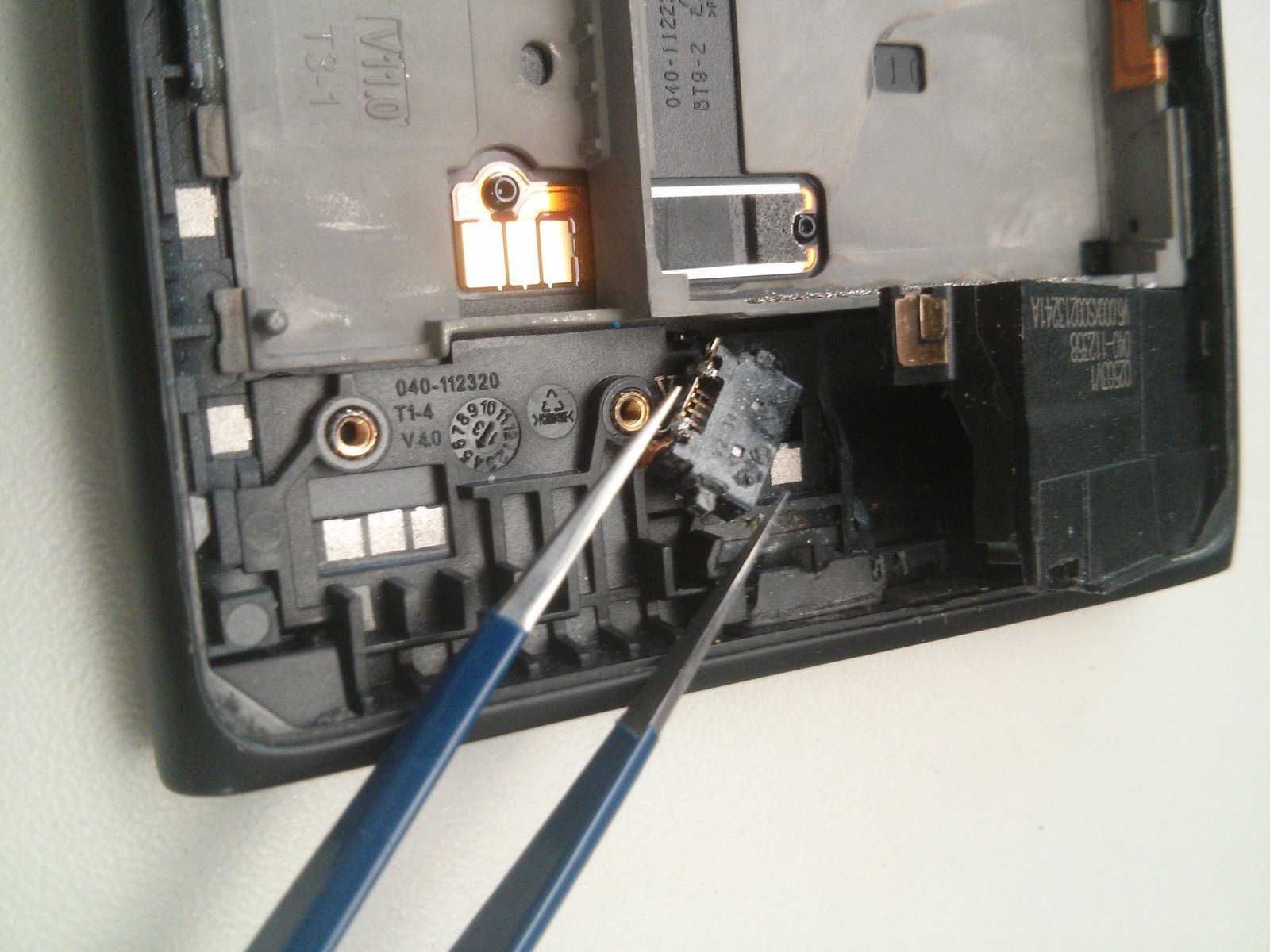 The rest is the same game just vice-versa. Feel free to post a comment, if the info presented here proved helpful =-)