...is a somewhat annoying thing, because you have to remove the whole screen module to get things done. This, of course, is a little bit tricky as you have to work against lots of small screws and some adhesive pads. For getting a clue of what is to do, check the various repair tutorials on youtube (just search for iPhone, your iPhone´s model number and homebutton). Mine was a iPhone 4G (a.k.a. A1332) - getting the screen out required removing most of the innards, including battery and logic board. The screen is held in place by: 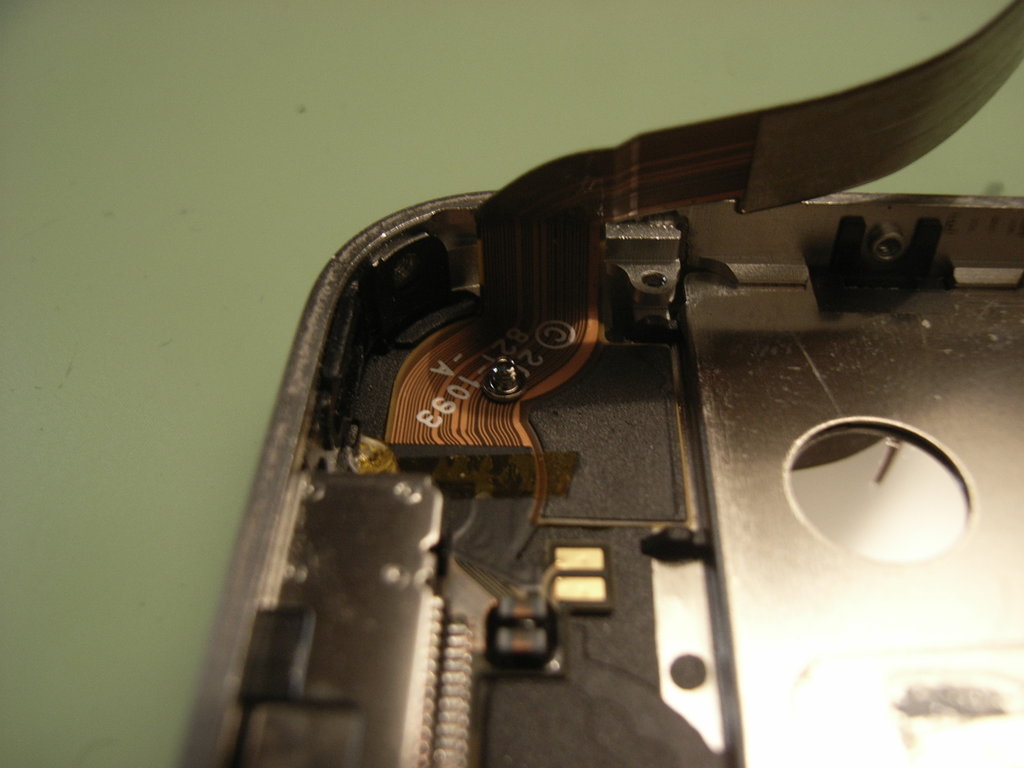 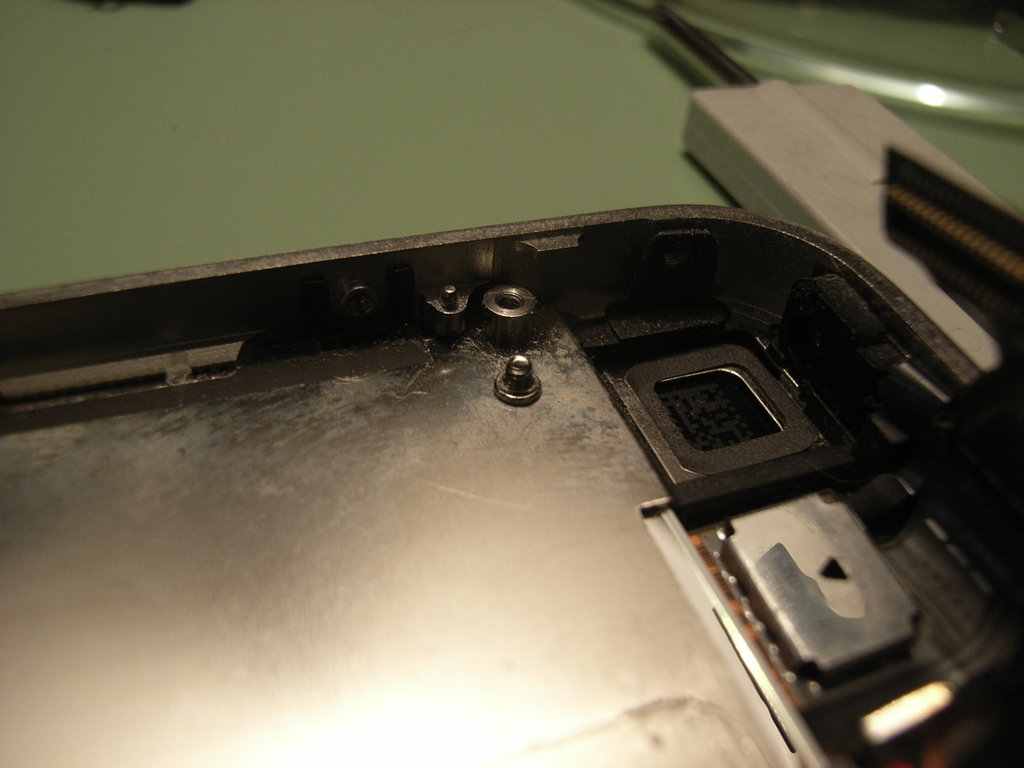 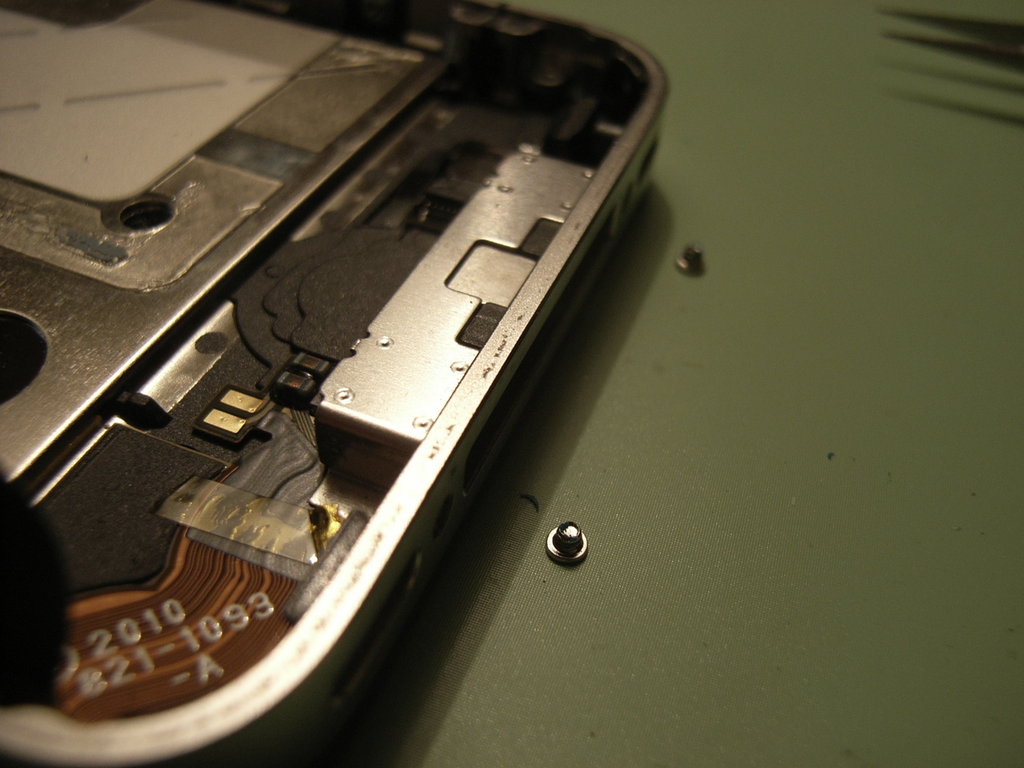 One of them hides behind the vibration alert (i.e. the tiny motor on the cell phone´s upper right corner). 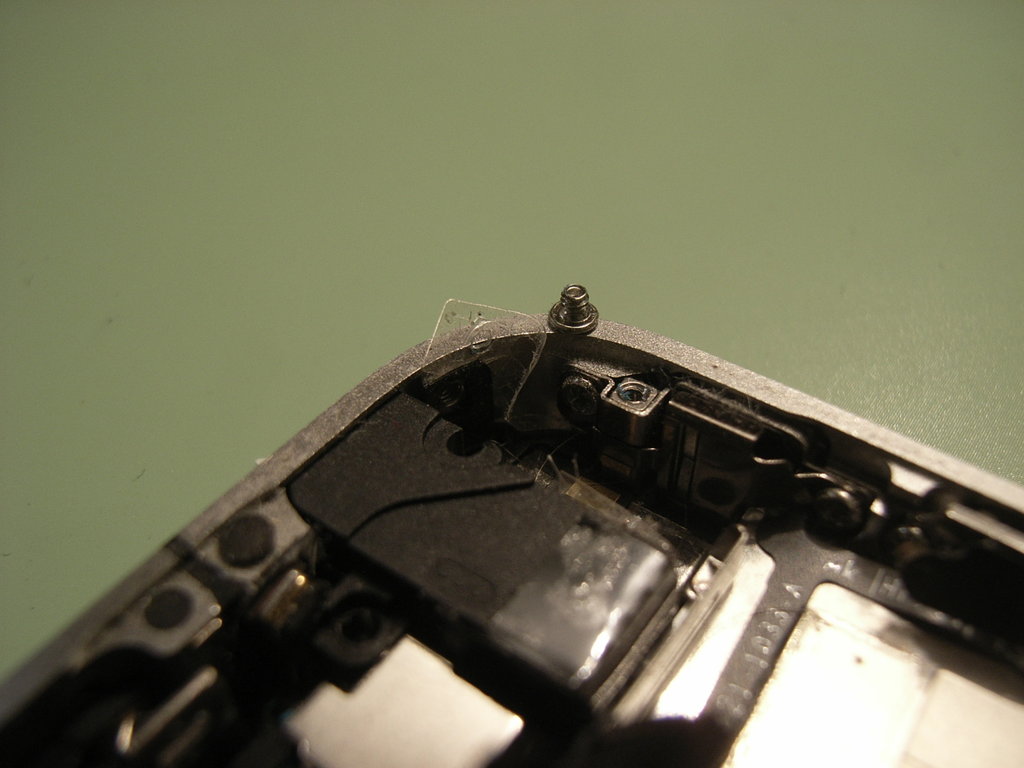 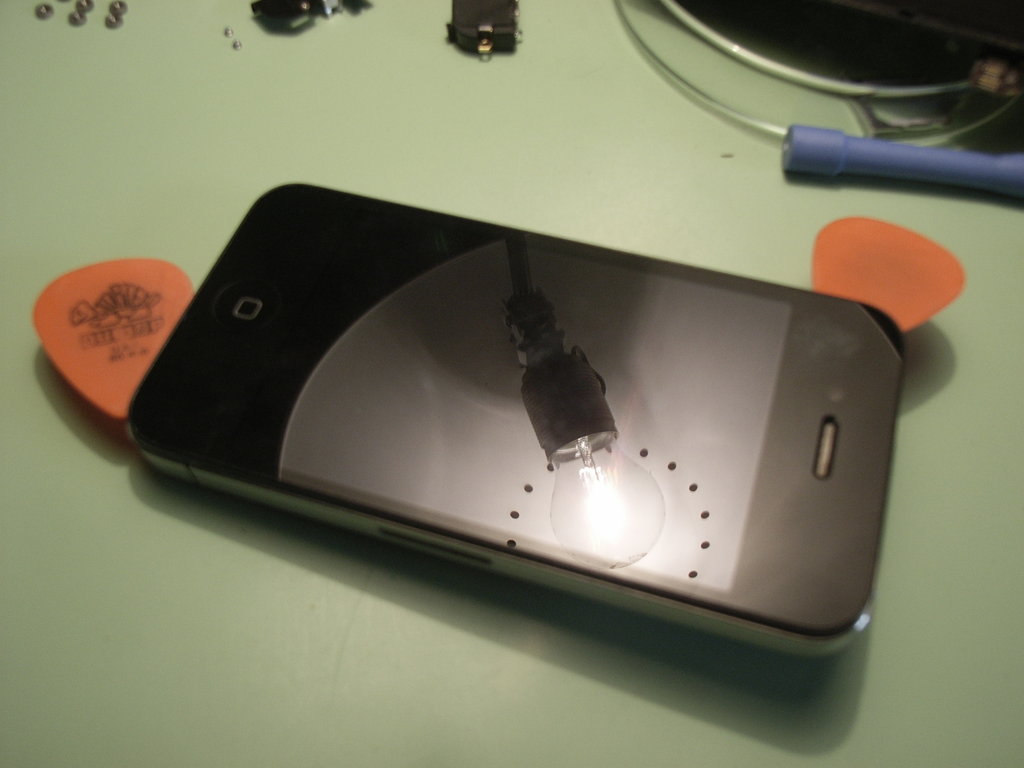 I used two plastic plectrums that I gently slided under the display glass, then I applied some heat (around 80 °C with a heatgun) and the display module came off easily... 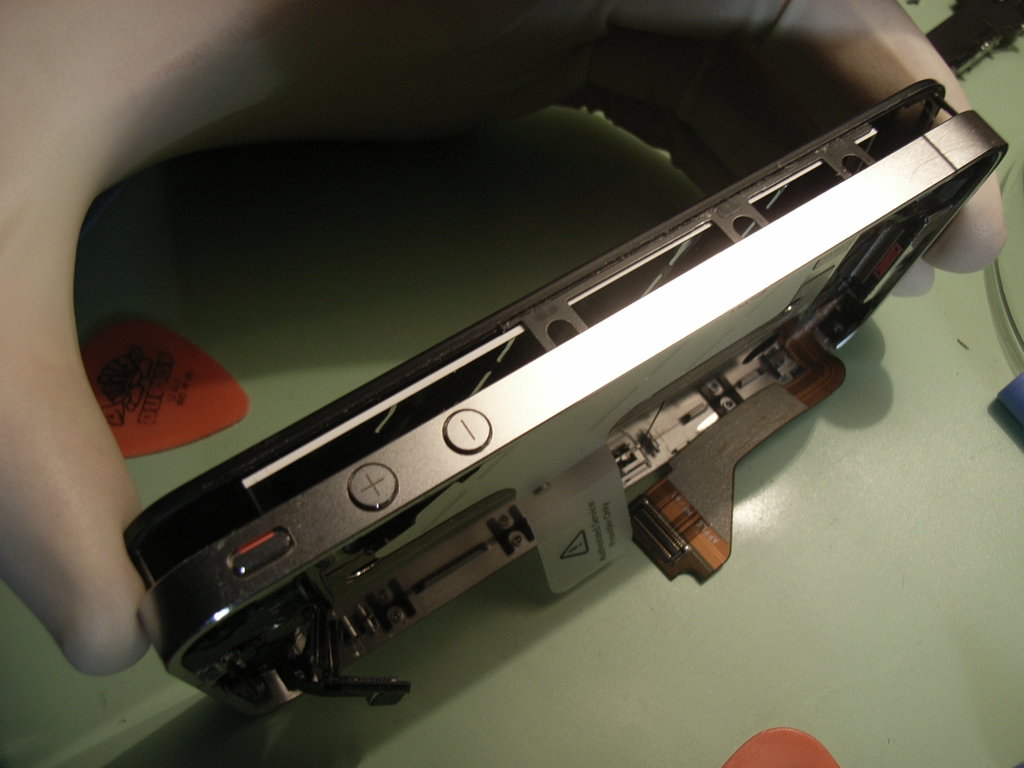 Now I could remove the defective homebutton - here I have already removed it from its compartment. 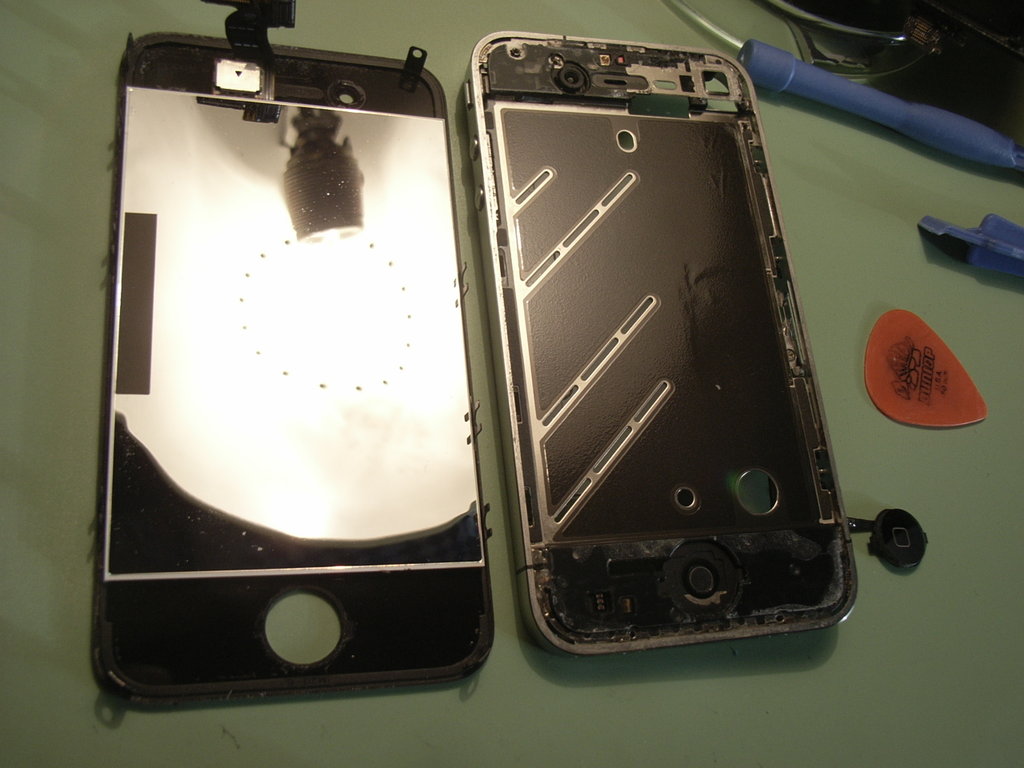 Here the new one - be careful with its flex connector. Re-assembly is pretty straight-forward - just put everything back together. 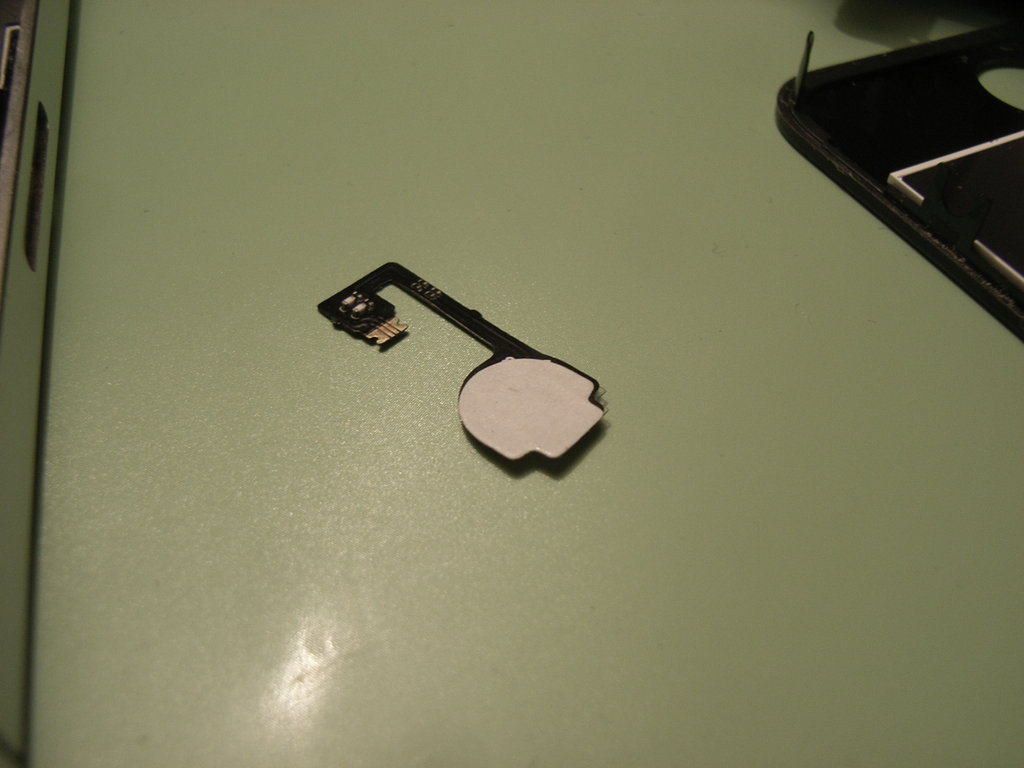