This is a worn Citizen Promaster dive watch with lots of scratches on case and crystal and it does not run continuously. 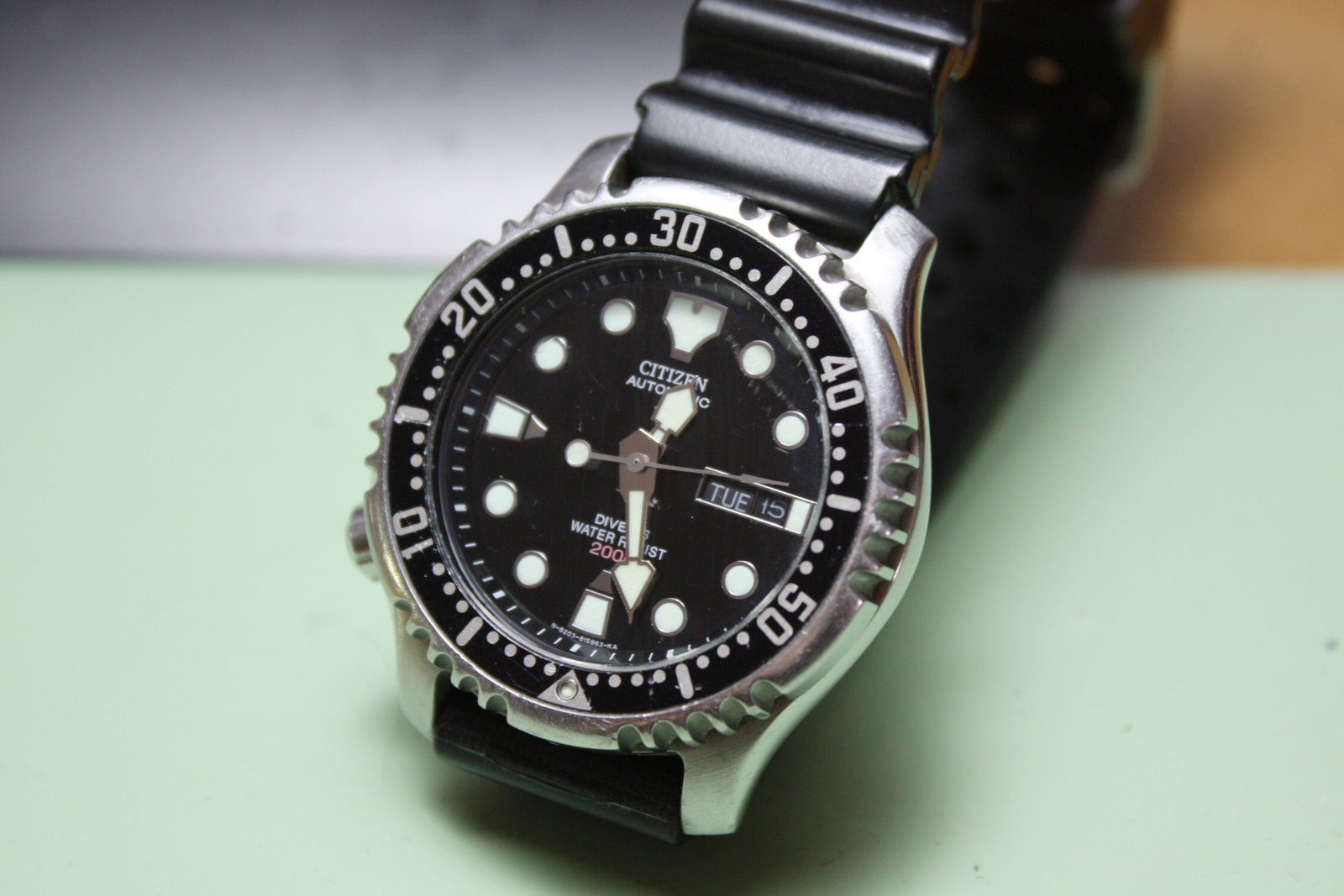 The six digit caseback number starts with "88" -> as it stands for the year in the production decade followed by the production month, this watch should have been produced in August 2008. 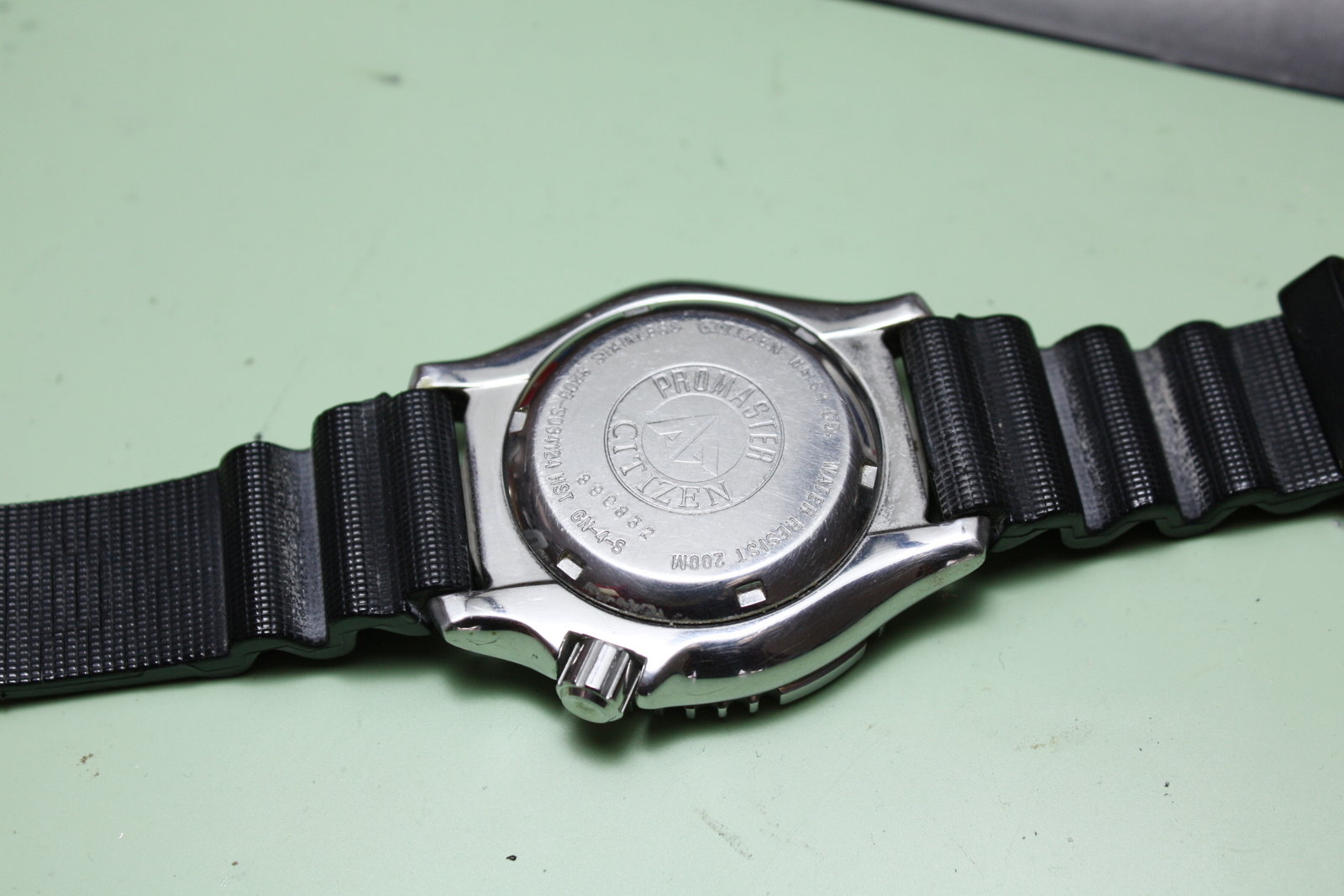 The movement looks good after a first check - no signs of rust, which is often a problem in dive watches that have not been overhauled for a longer periode of time: 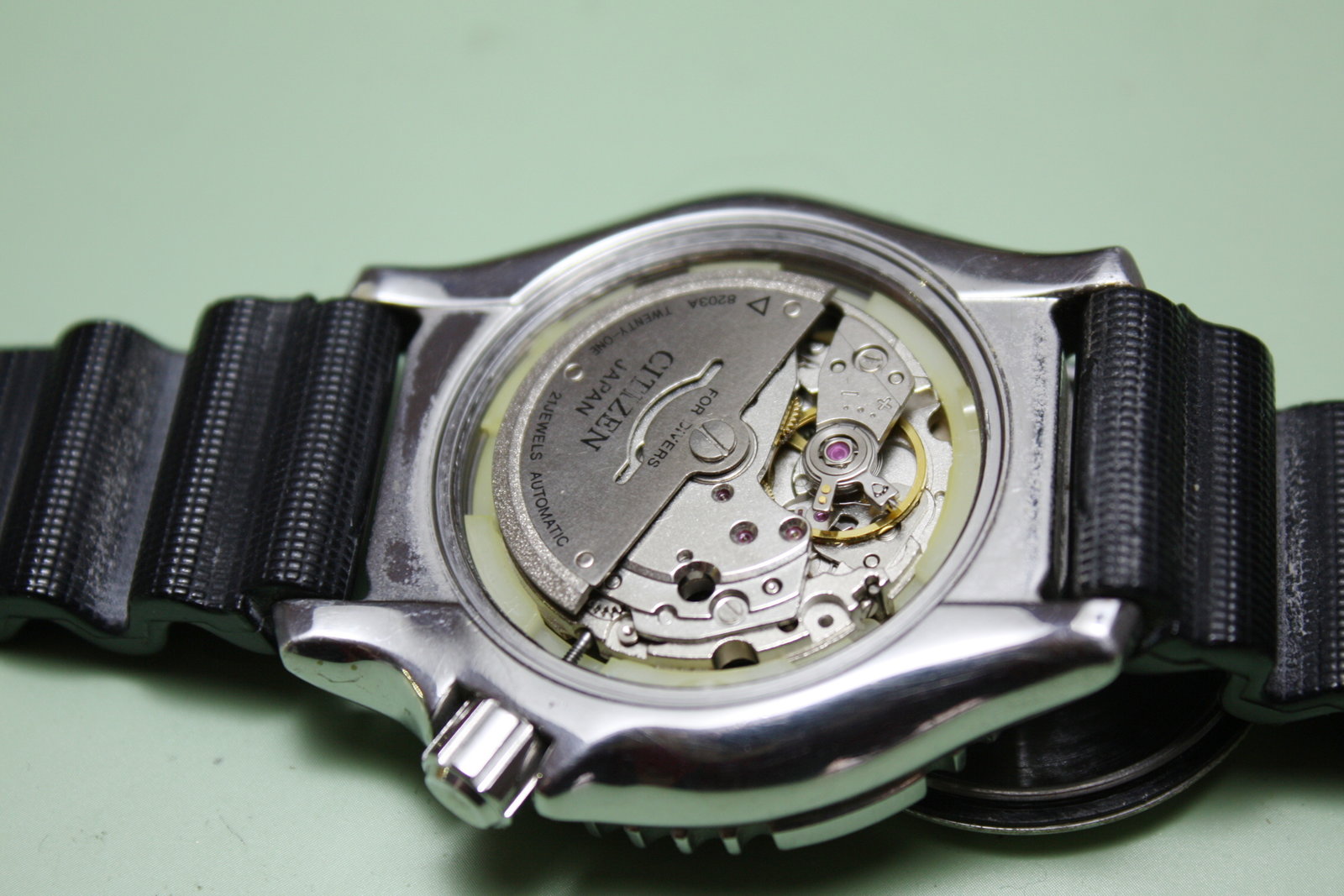 In this detail shot we find a first problem - some of the old oil has denaturated to a slimy substance. 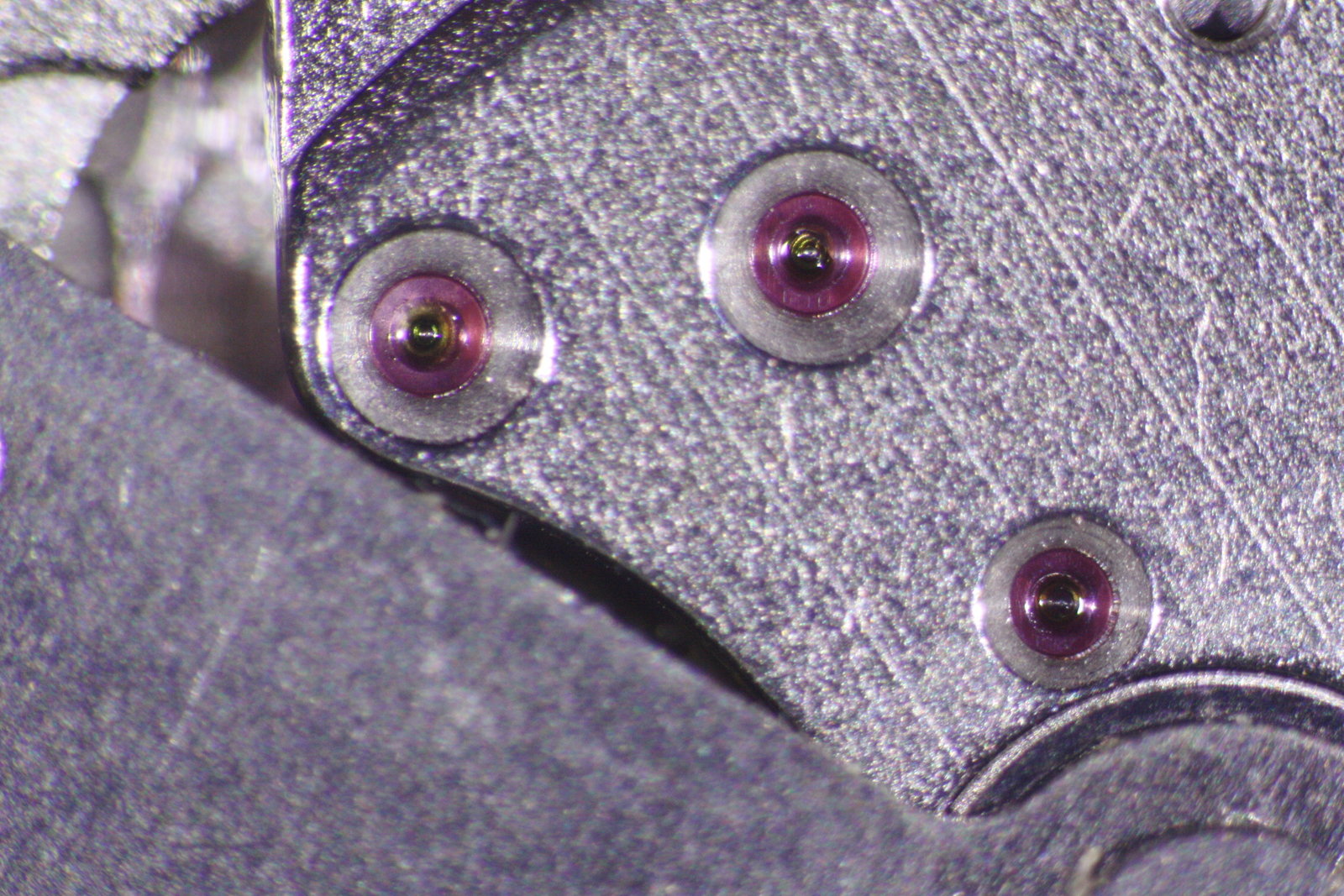 And the balance wheel has been running for some time without any lubrication at all... 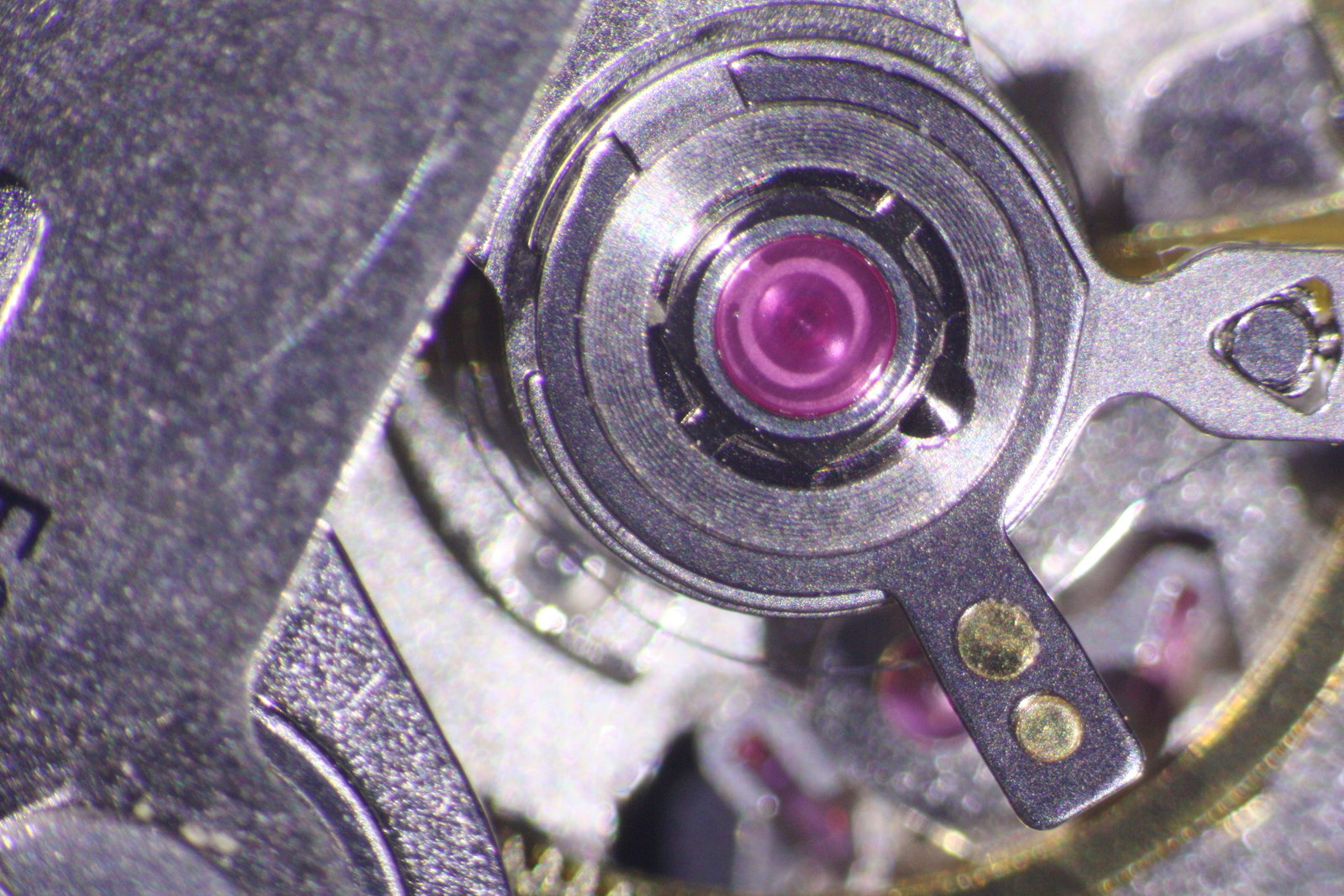 The watch in parts: 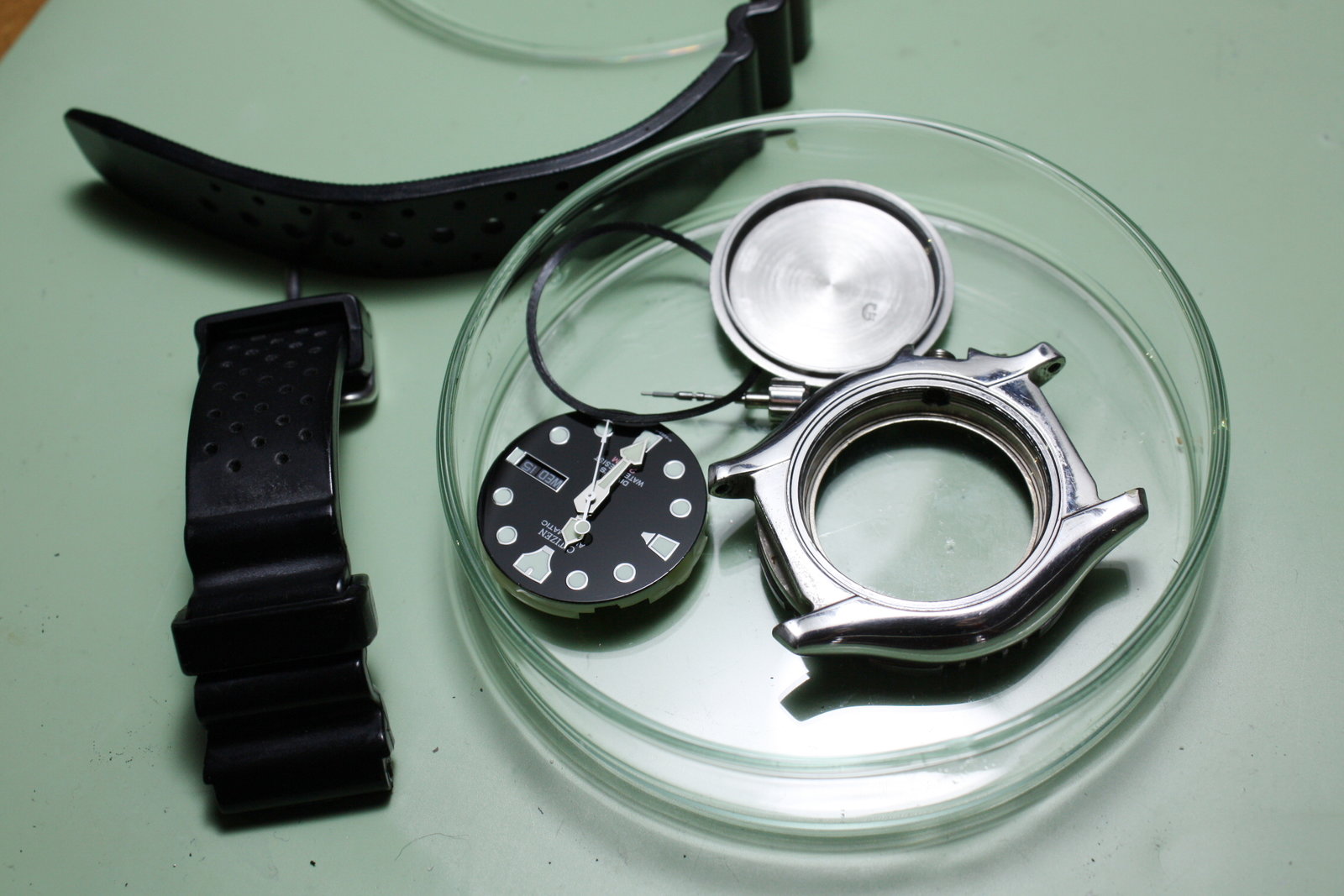 The day indicator is a German-English version. 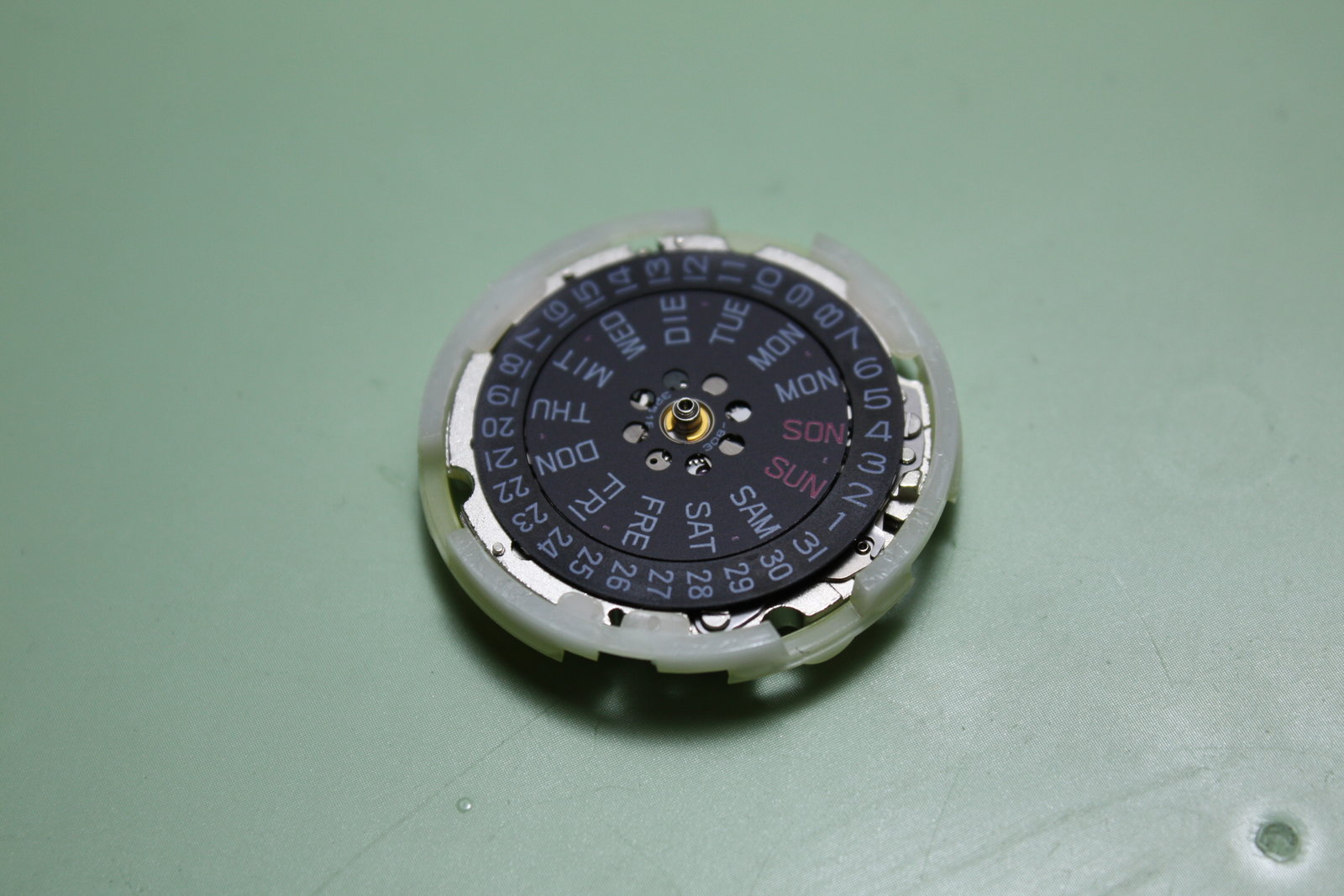 The movement - a Miyota 8203A - is an excellent example of simplicity combined with ruggedness: 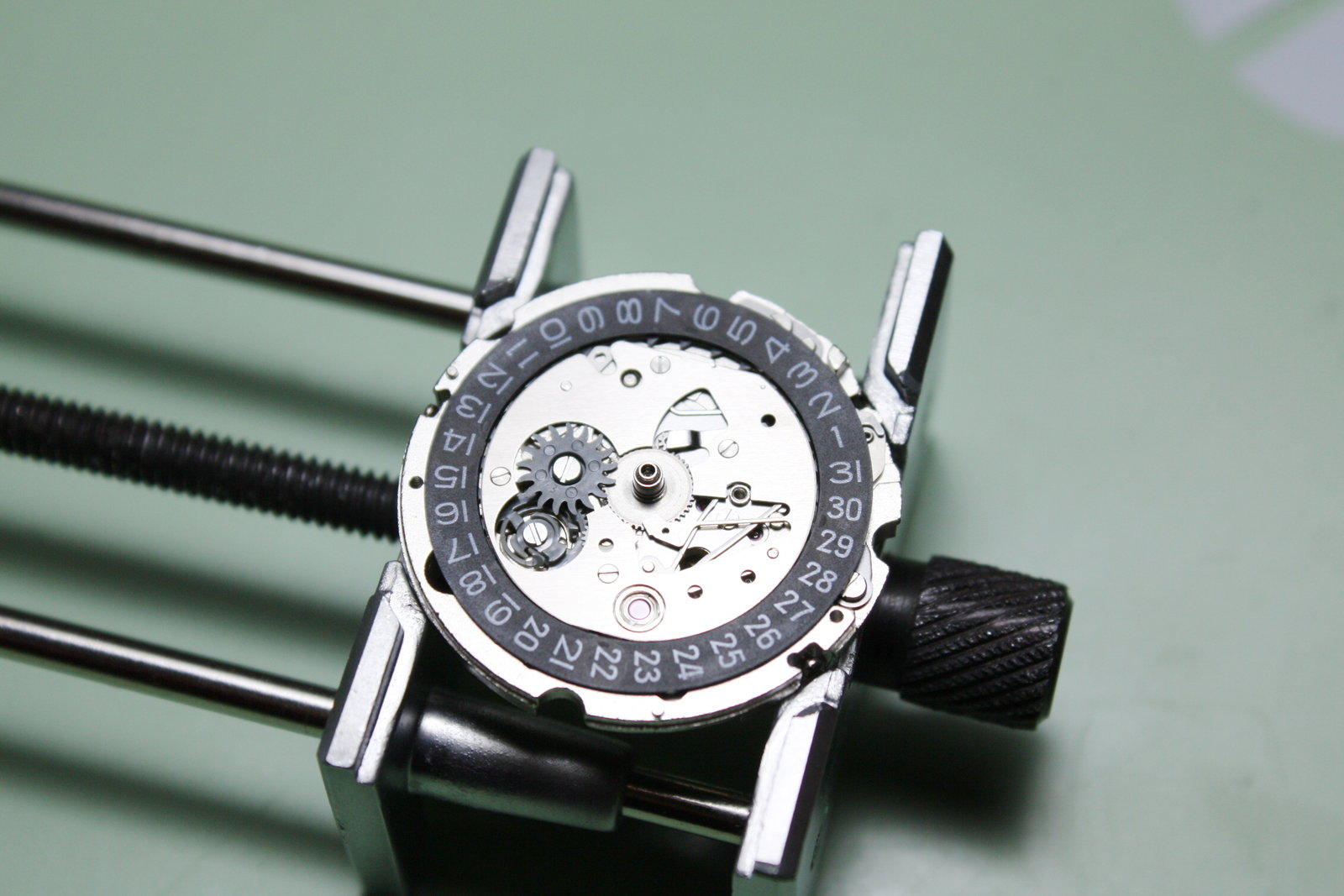 The day-date mechanism (with quicksetting!) e.g. has a small number of parts and does not need an excessive amount of springs and wheels as you can see below... 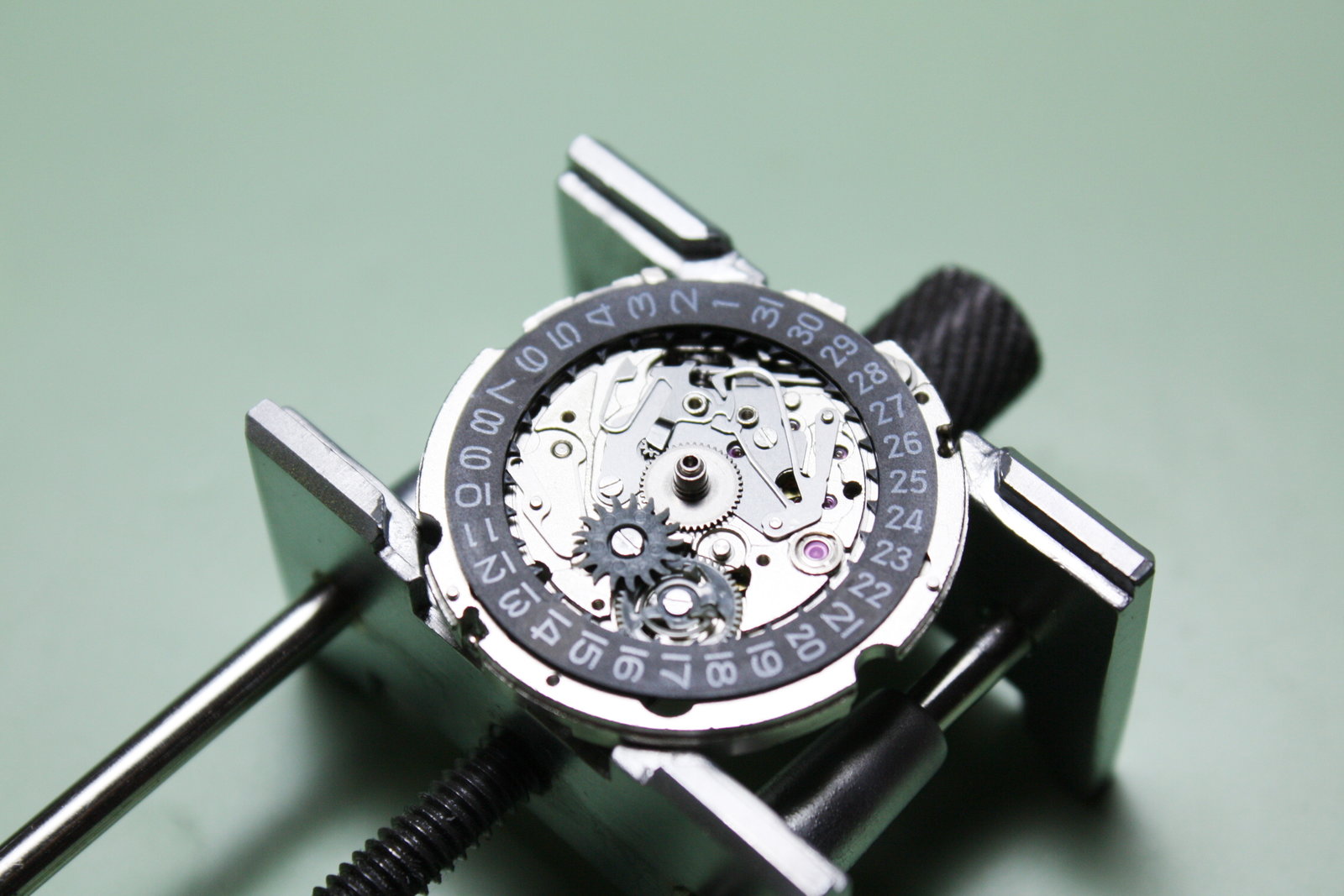 Under the date indicator:

And with most of the parts removed on the dial side. 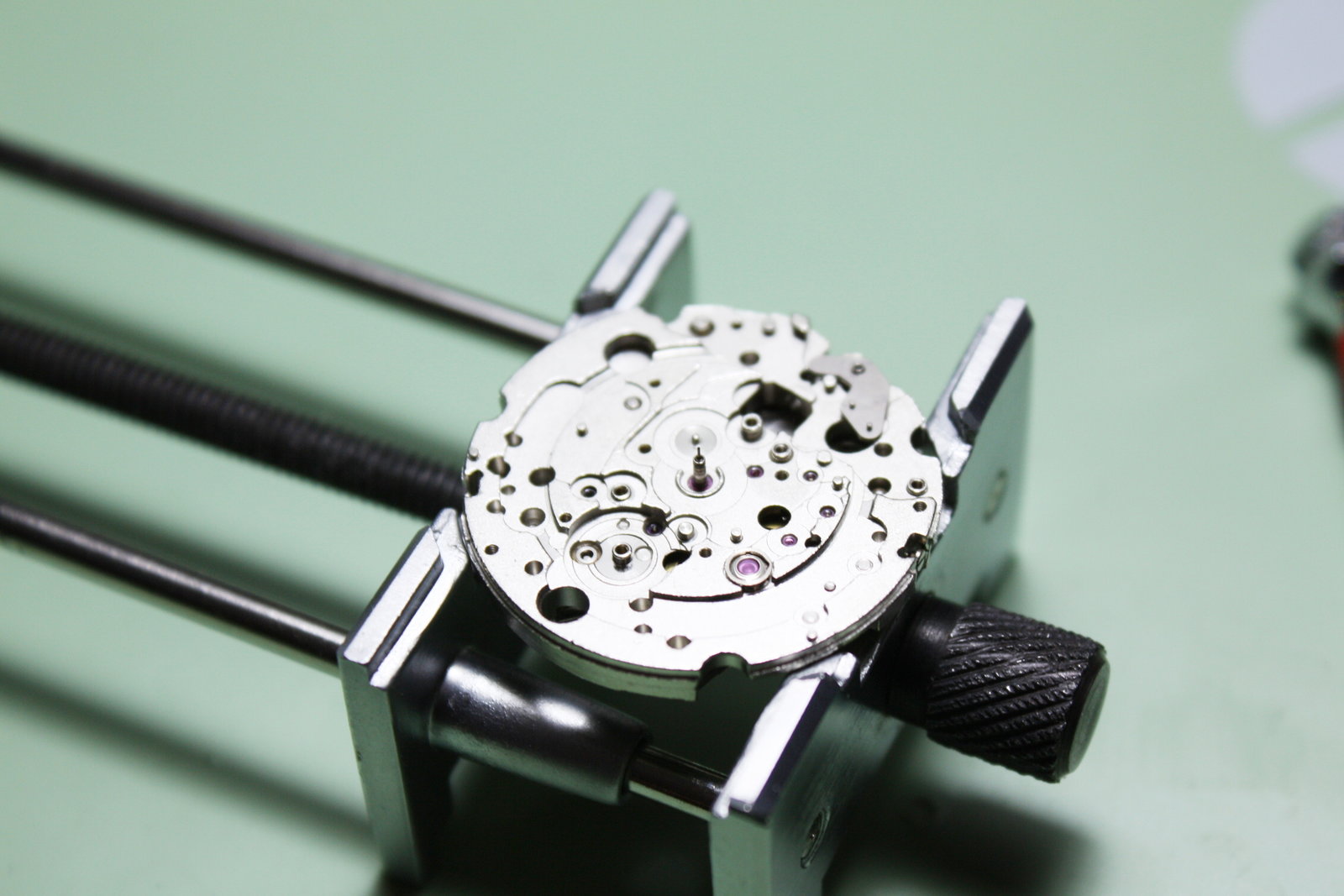 Almost all of the wheels lie under a single bridge - the same that holds the rotor (and no, it is not that hard to put this bridge back in place during reassembly -> the wheels of the wheel train have pointed axes that allow for easier reinsertion into their bearings). 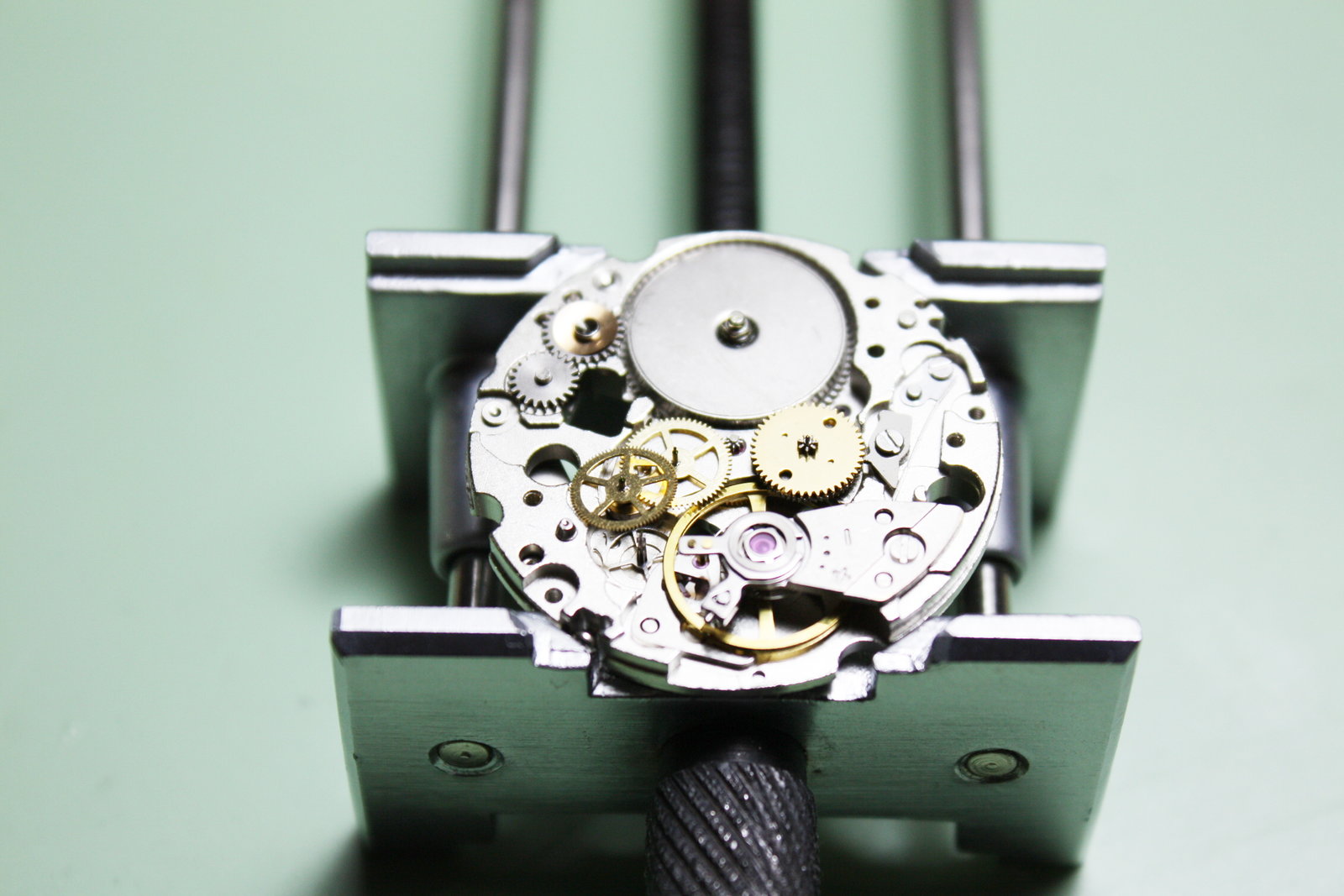 The center wheel has its own jewelled bridge: 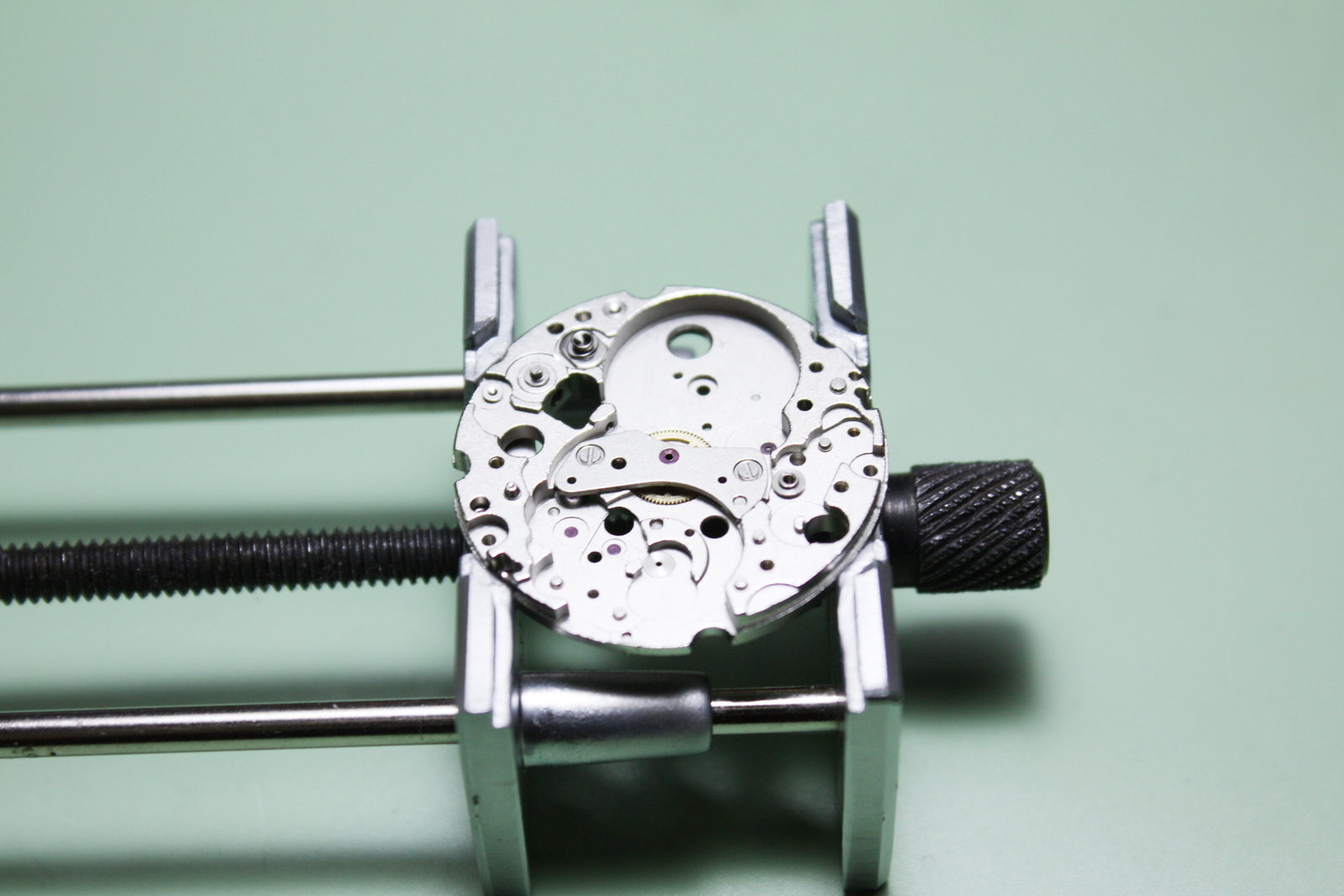 The mainspring barrel is filled with grease - I´m not sure if the greenish colour is normal... 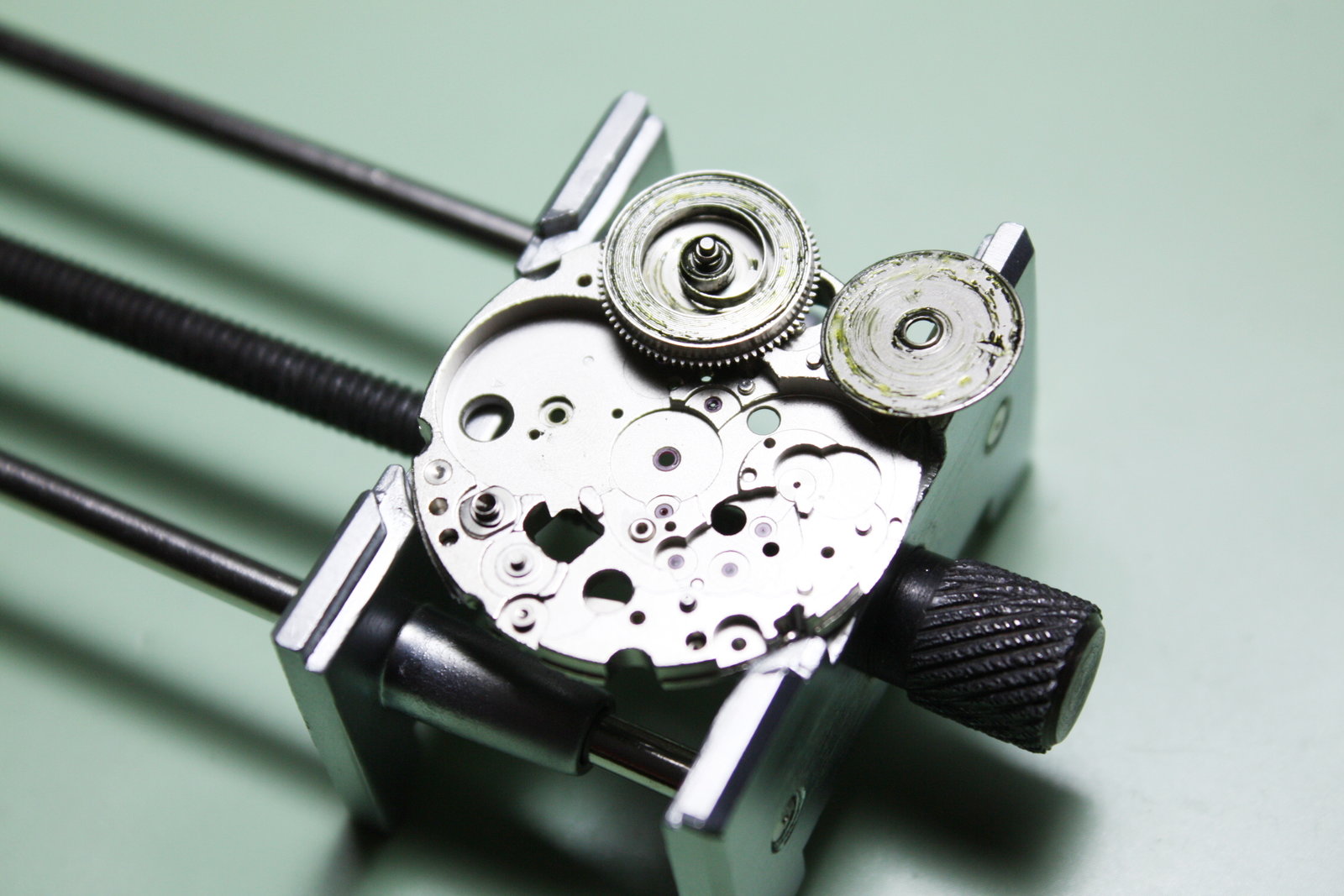 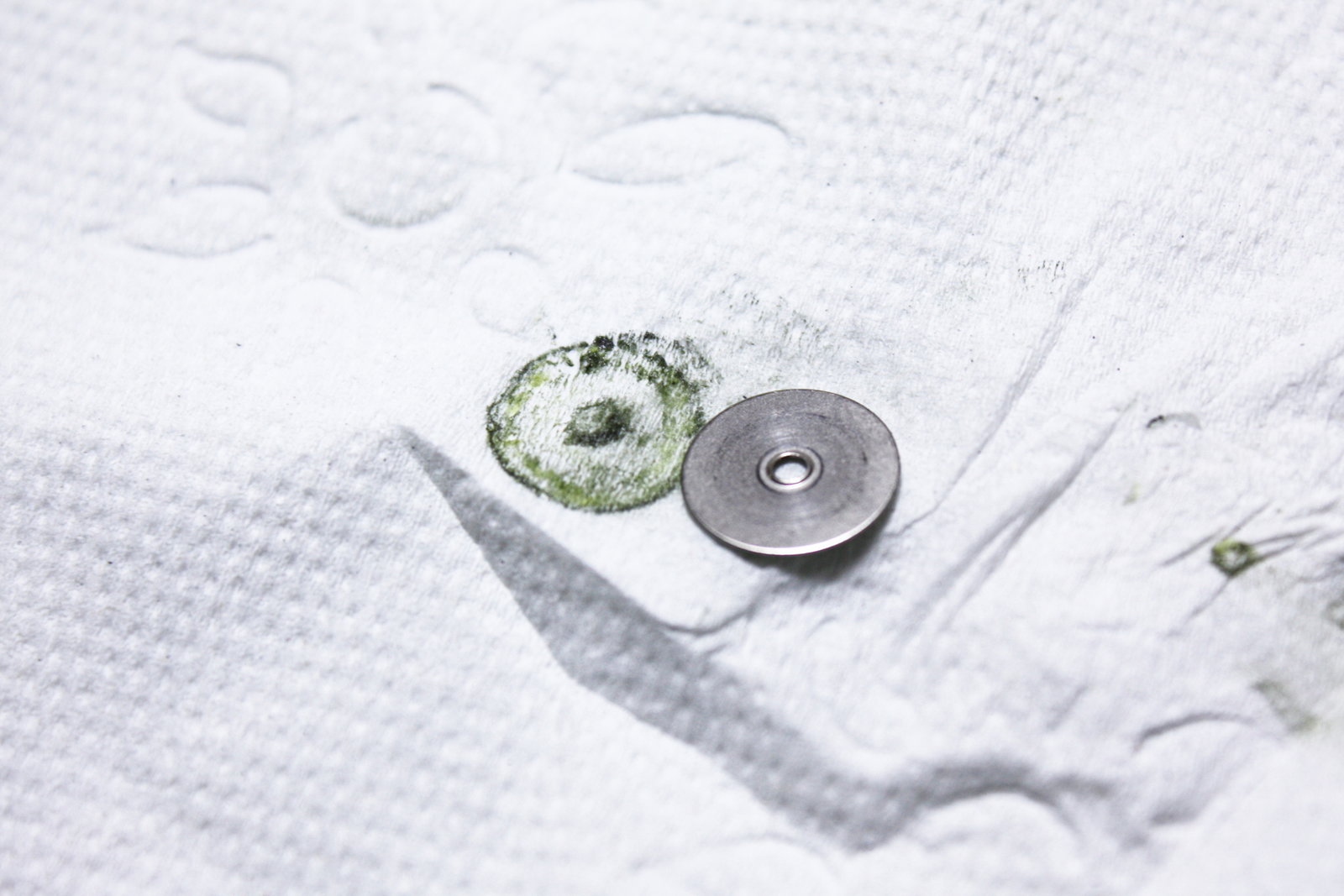 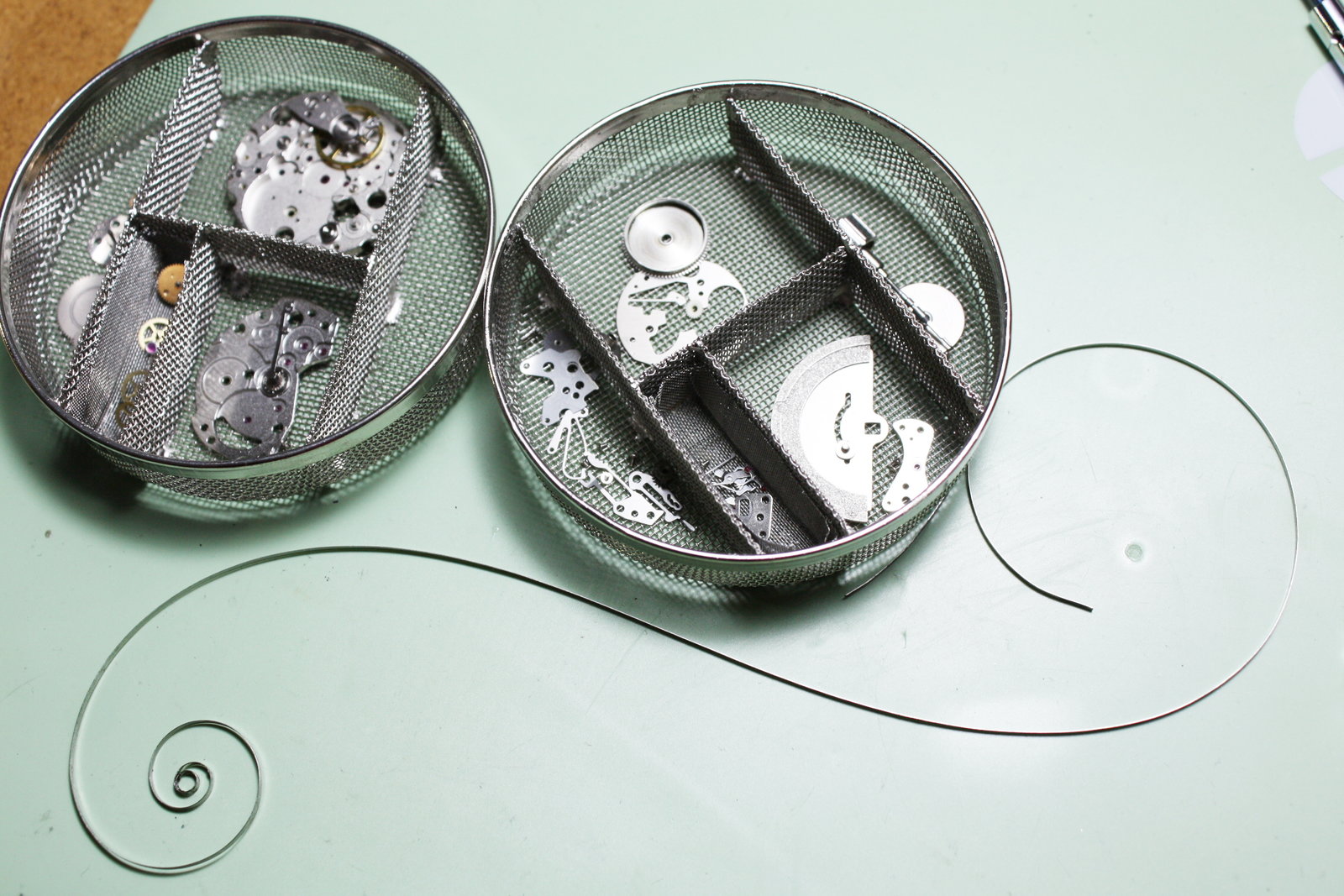 This is the already reassembled and relubricated watch. 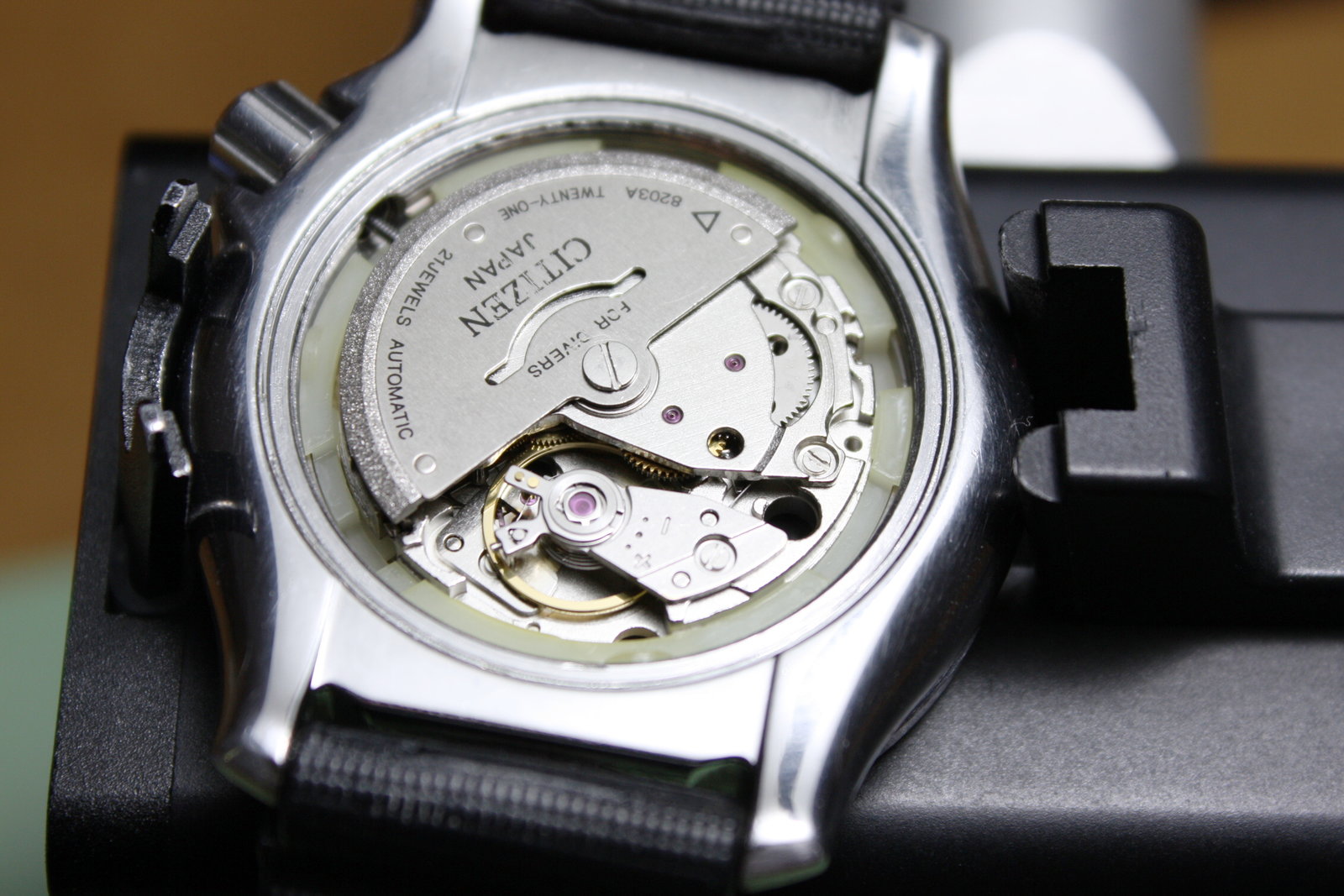 It features a decent beat and amplitude again: 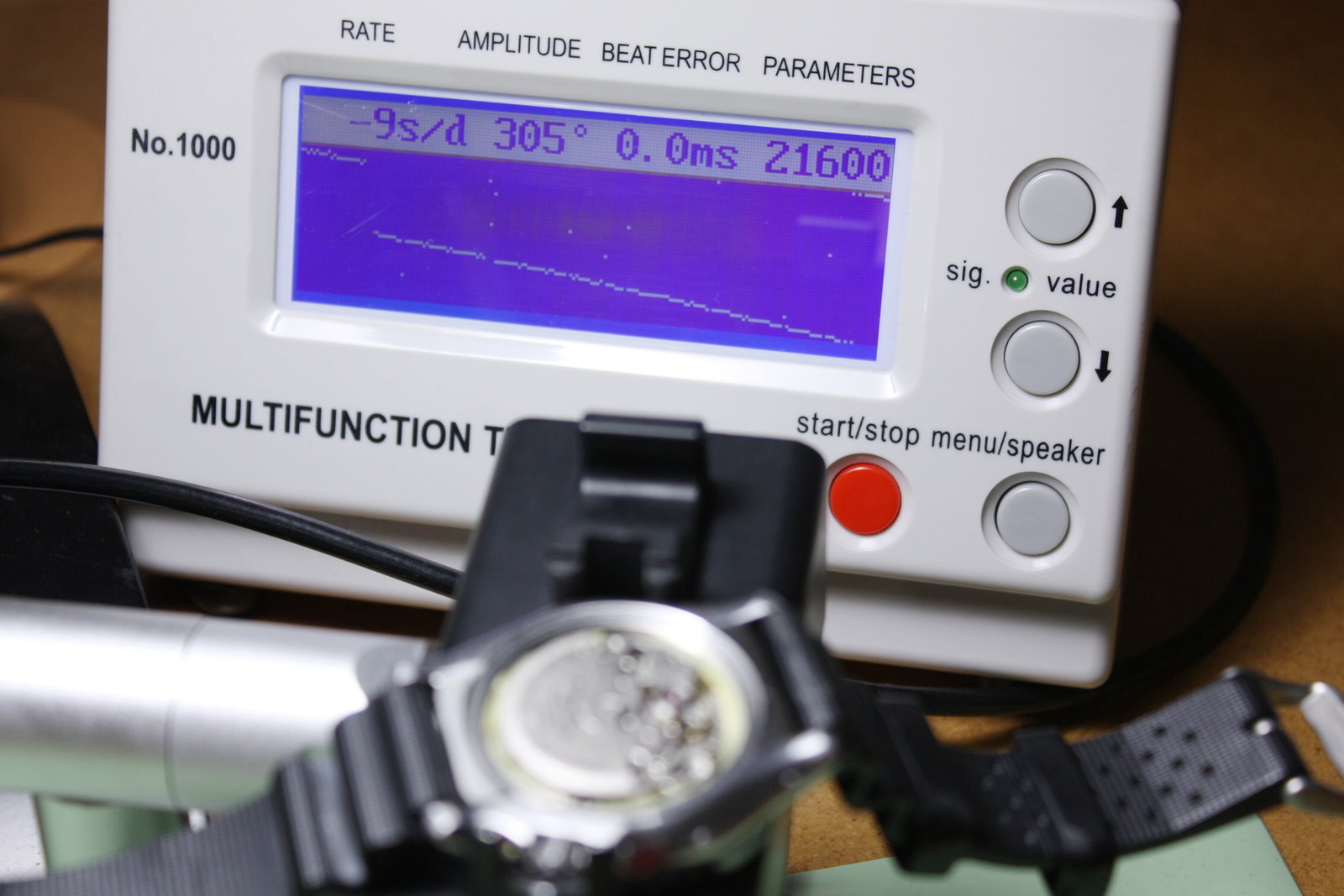 And with a clean case and a new crystal it almost looks like new again: 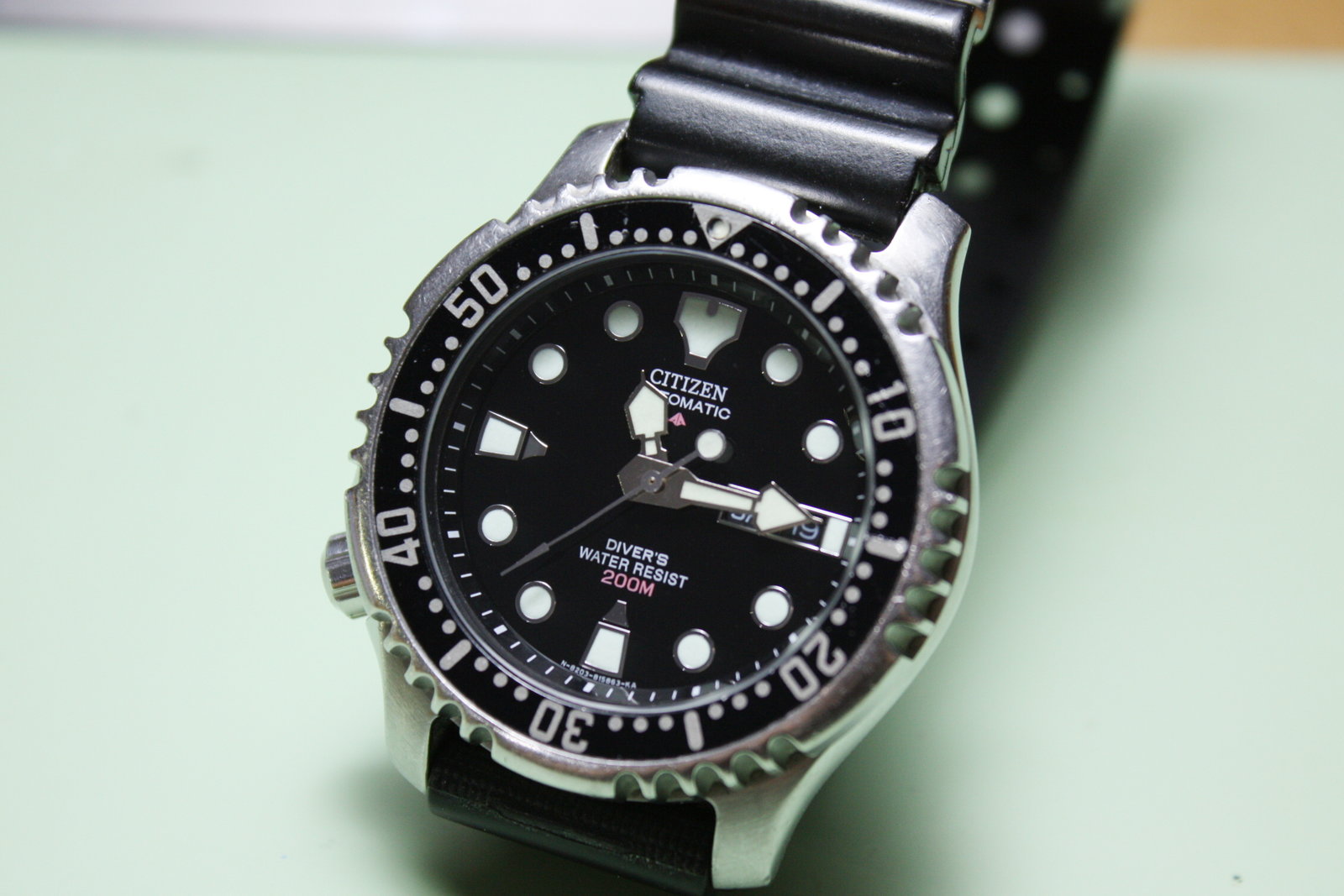