Last year I found this badly worn Casio JP-200W on a bargain table on a fleamarket. I instantly remembered this model when I saw it, because I always wanted it, when I was a child. As it was only 1 € (!), I simply had to take itwith me. 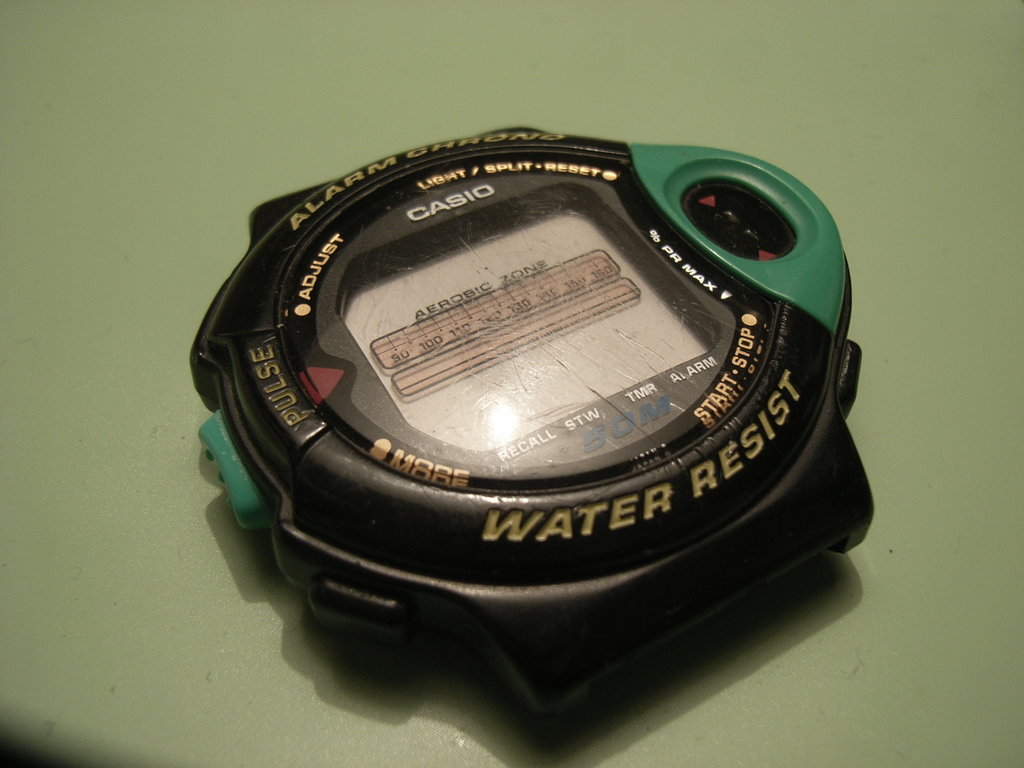 Scratches everywhere...and no function at all. 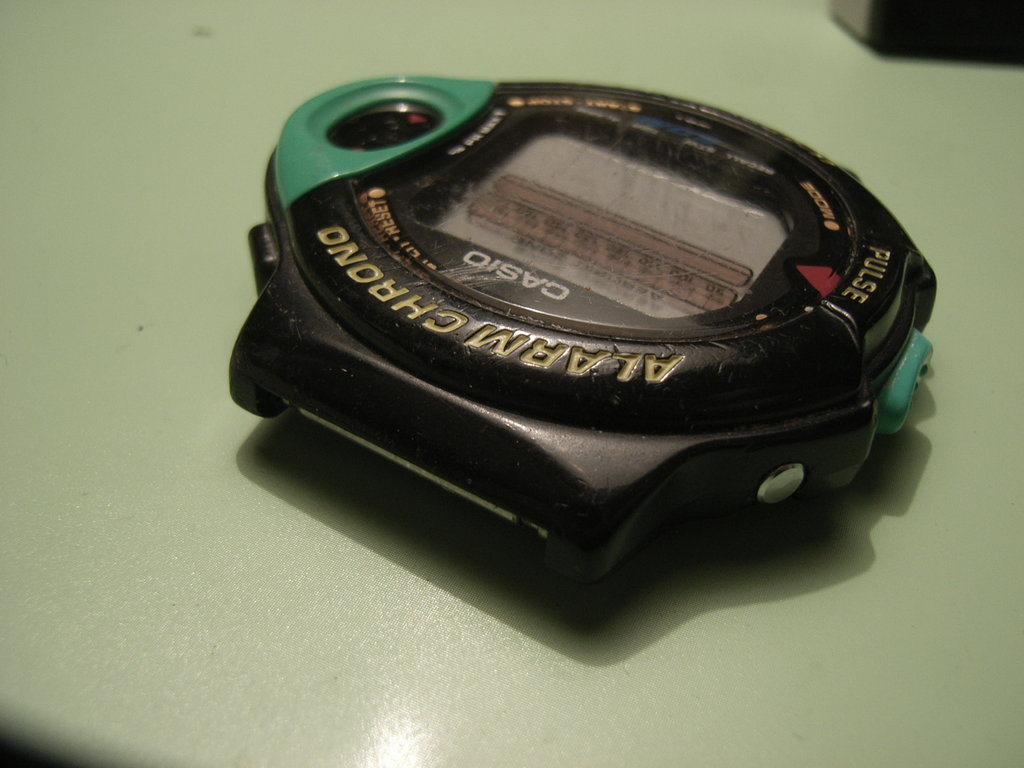 I started tearing it down and found some corrosion from battery acid on the circuit board (the turquoise stains). 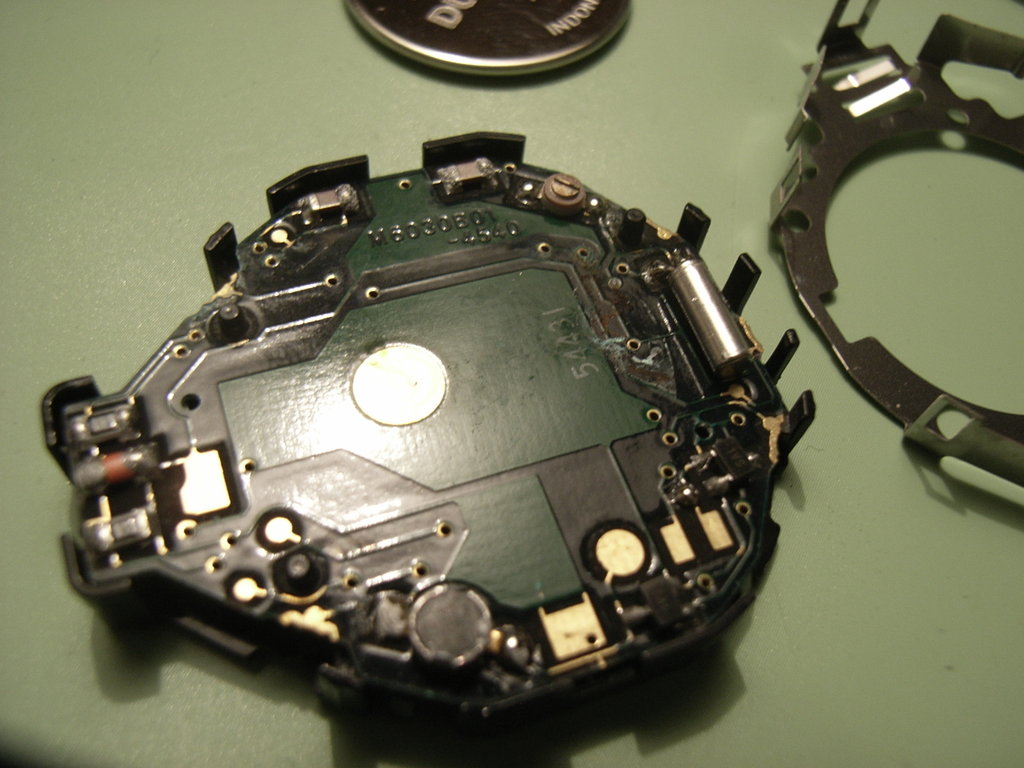 In the front you can see a tiny lightbulb - there was no other night illumination in lcd watches back then (a technology called "Illuminator" - a blueish backlight - was released some years later, though). 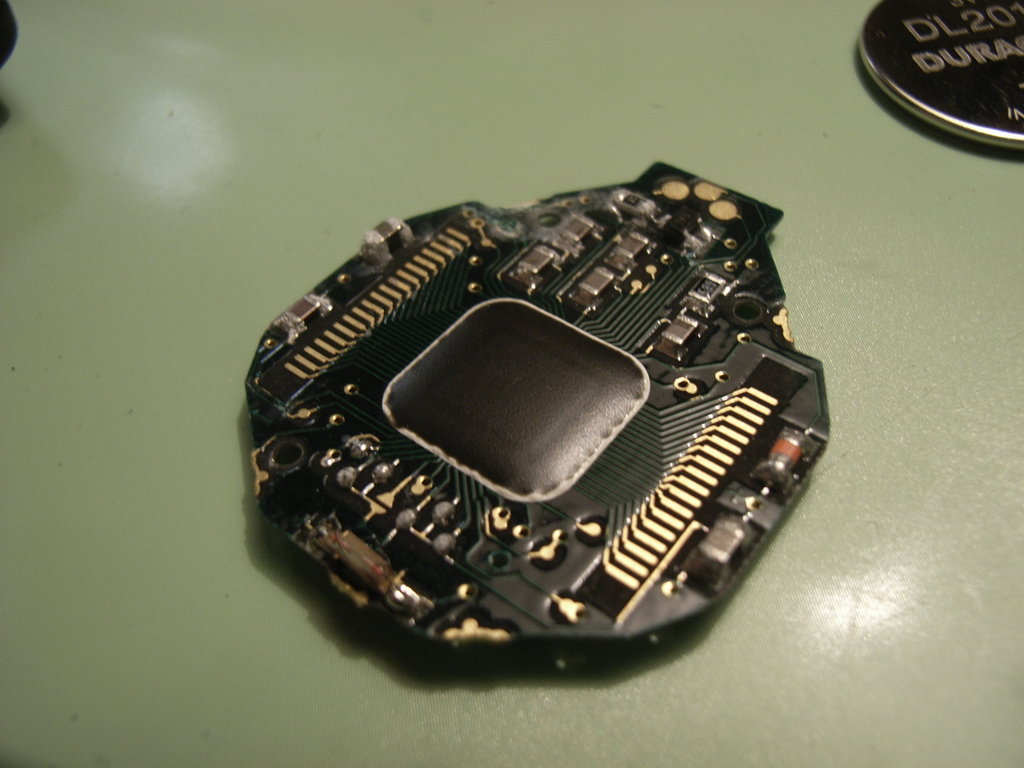 The gold plated contact strips for the LCD module are also good visible - I had to clean them from battery acid, too.

The next pic shows the LCD - some segments are lightly visible and seem faulty. However, it is possible for them to recover after battery power has been re-established for some days. 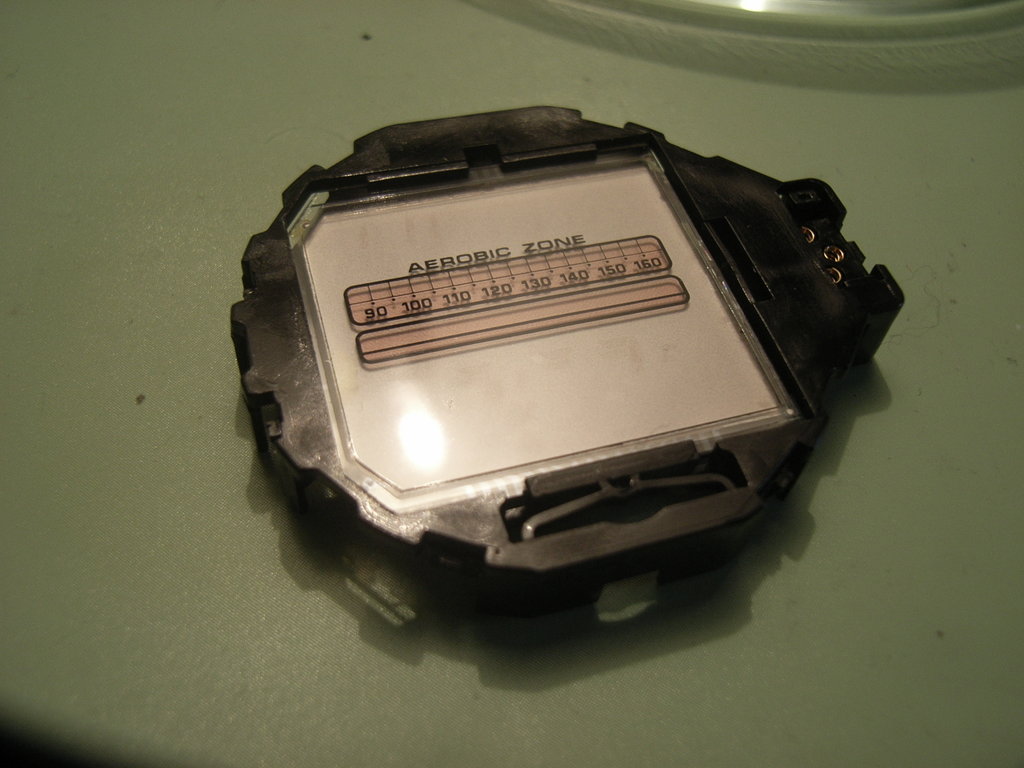 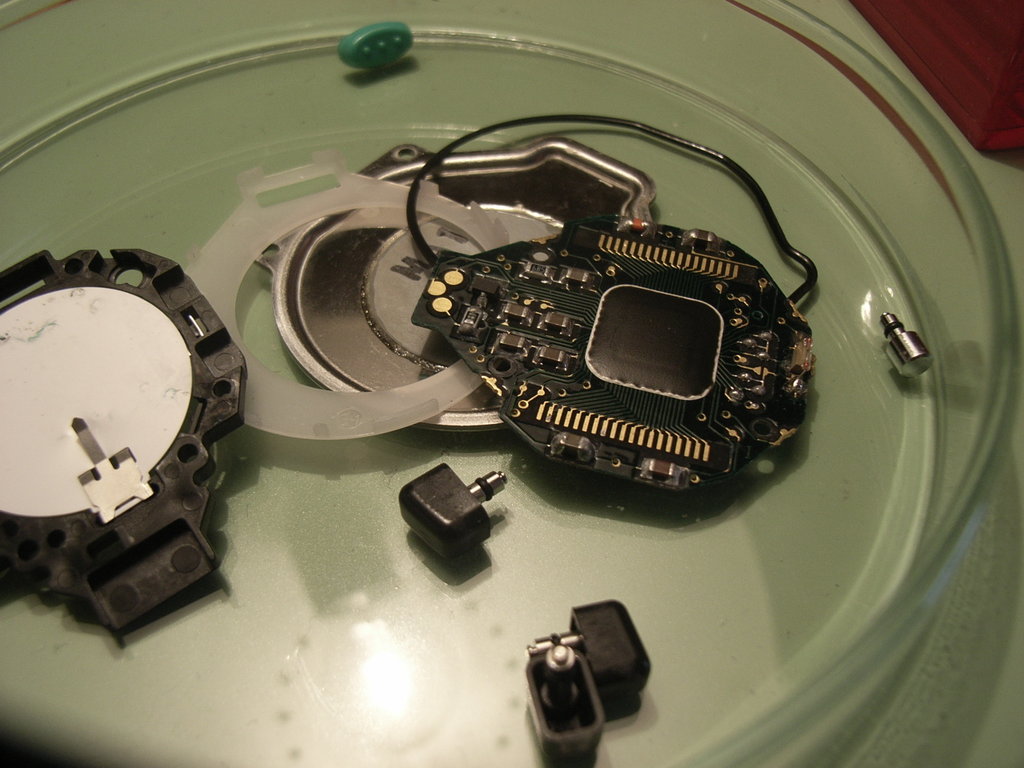 See the three golden contact springs of the optical pulse rate sensor on the left? 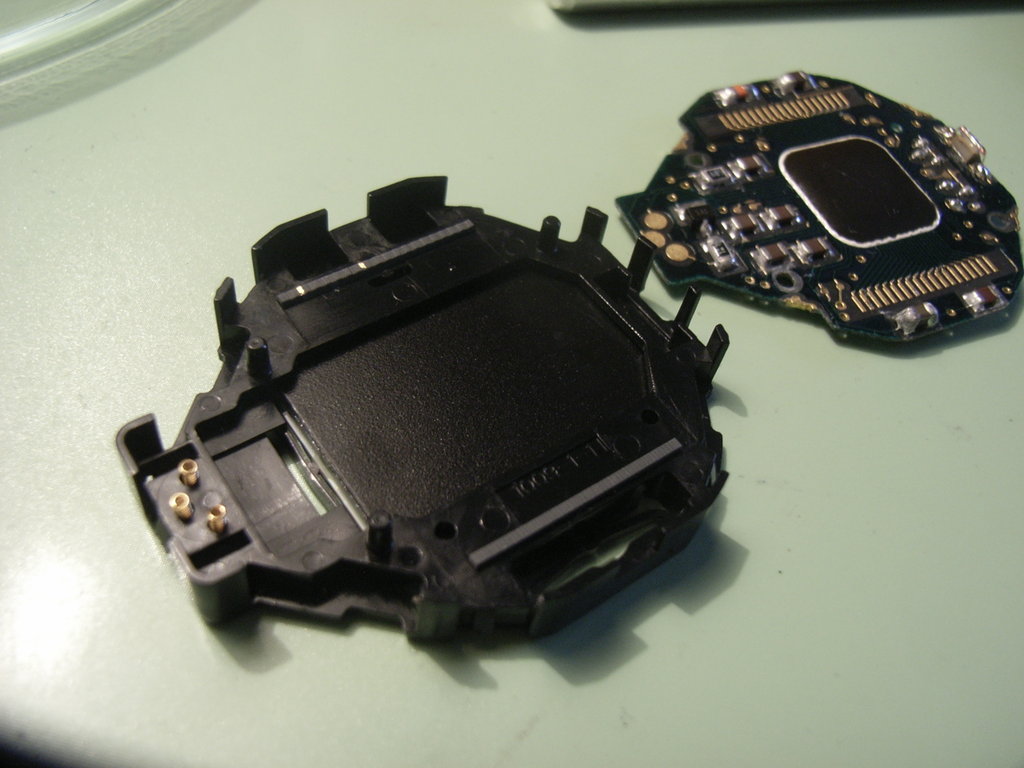 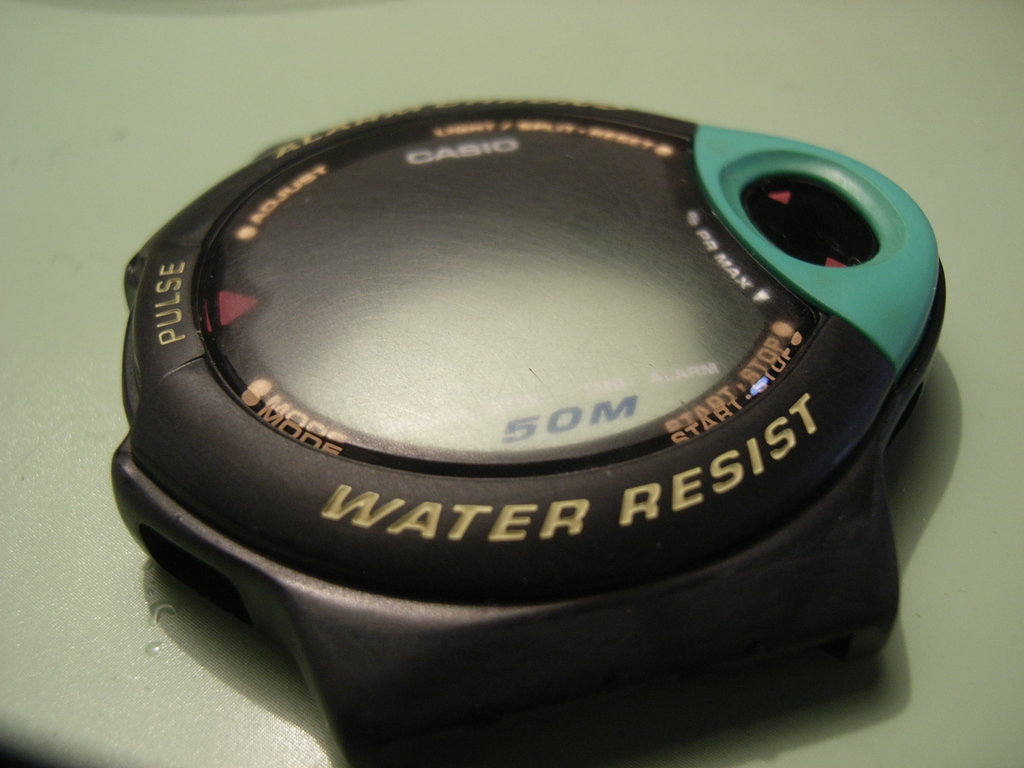 After I had finished the sanding I applied some Polywatch and continued polishing for some time (I recommend googling for it, if you don´t already know this great product)...

Then I put a battery in...two contacts near the battery had to be shorted to power the watch up...

A working pulse check watch (okay to be honest some segments are still dead and to restore their finction, I will have to replace the elastomeric "Zebra" connectors between the LCD and the circuit board on occasion). 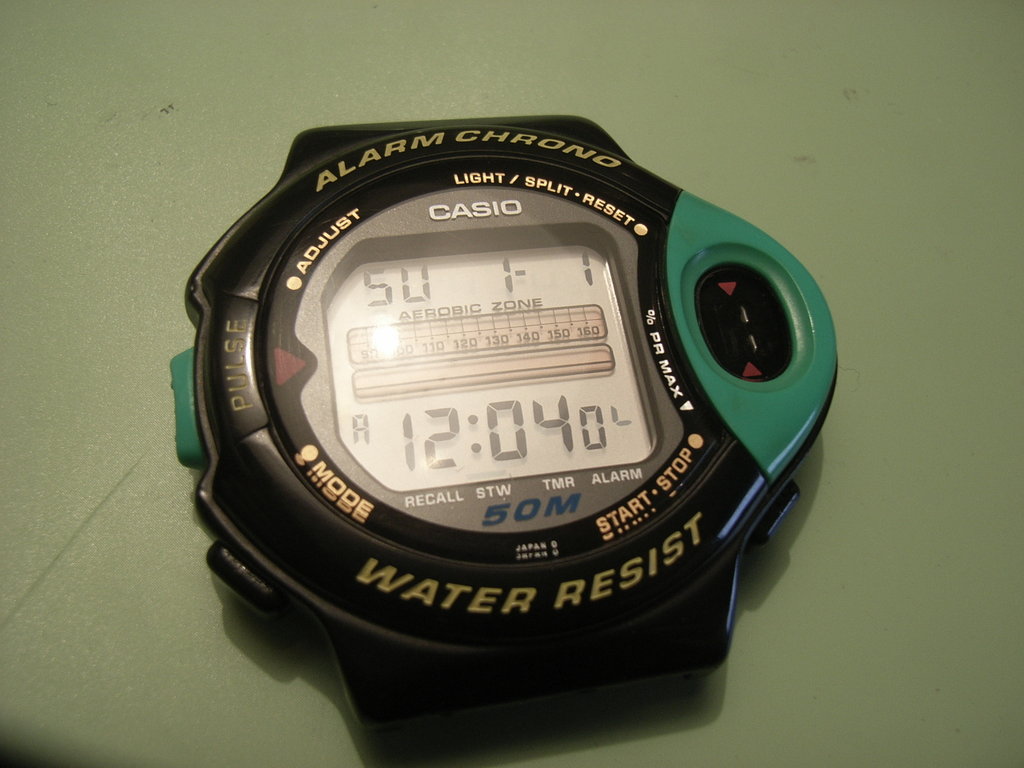