The photograph below shows you the insides of a colleague´s Macbook. He opened the laptop as the fan always went on after just a few minutes of non-intensive use. At first everything looked normal...until we had the idea to get the fan unit out... 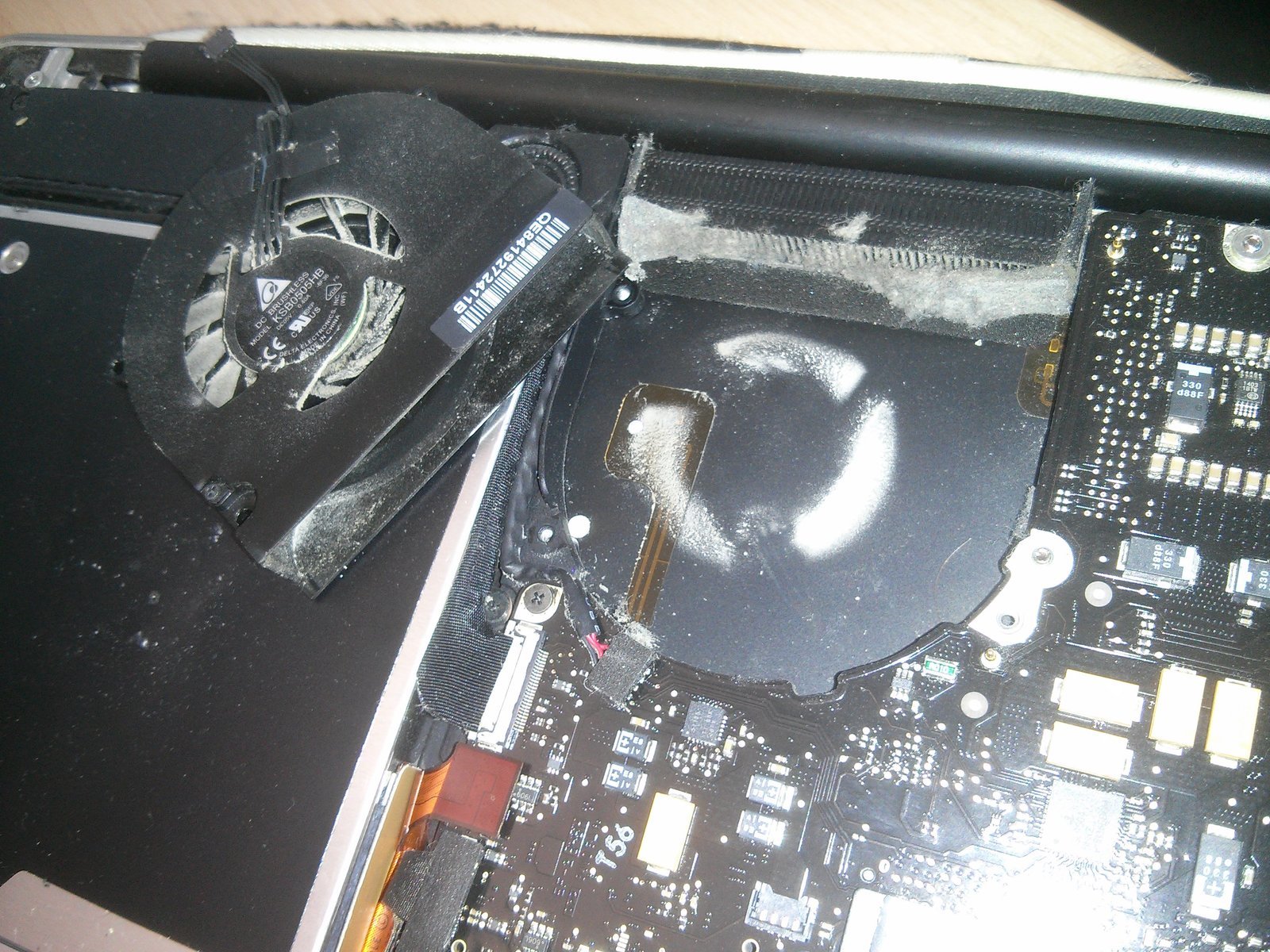 As you can see the fan´s airflow has sucked in dust particles and pressed them into the fine ribs of the heatsink. There is also significant dust deposition on the fan blades and on the underside outlet of it.

Why do I show you how dirty a laptop can get inside?!

Now, the reason for me to show you this picture is that the phenomenon of heatsinks as dust collectors is a very common problem of most of today´s laptops with active cooling. And it is a factor you have to consider because the drastically lowered cooling efficacy has detrimental effects on your hardware over time (comparable to the effects of chronic high blood pressure in humans):

Check your hardware´s integrity from time to time. Keeping an eye - or better ear - on your fan(s) can save your nerves and your money. If your trusty Macbook (or Thinkpad or whatever) has been a roaring moose recently, do not be afraid of opening it. Consult the internet for specific howtos for your device. The whole thing can be educational as well (repair is good, limited resources / limited growth on earth - you already know...hopefully...really). So don´t hesitate to place your kids right next to you when you become a "dust fighter". Finally, always disconnect the fan cables before blowing out dust and hold the fan blades while doing it (you can damage the fan bearing if you give it a "supershot" with your air compressor).