Here a pretty old pocket watch for common people of the late 19th century (most probably...). 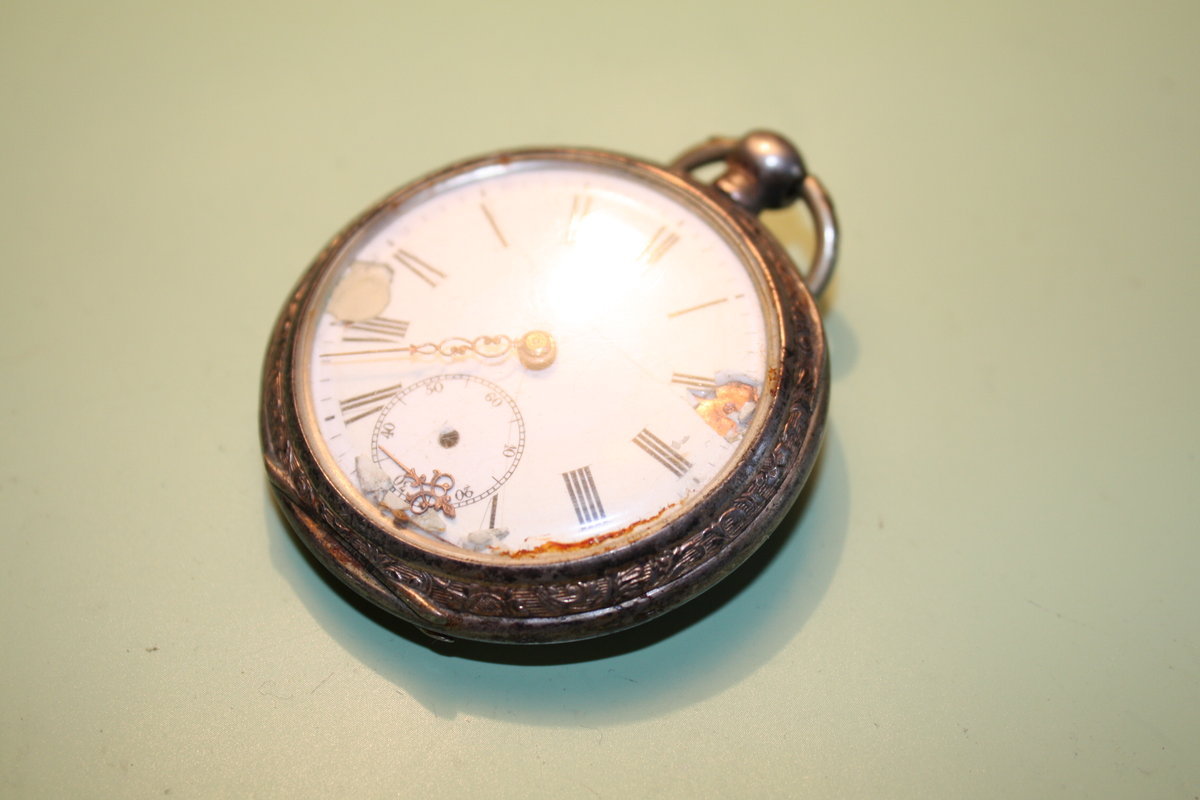 This watch is pretty worn...rust on and under the dial, a broken hour hand, a damaged dial and a lot of dirt on the case. 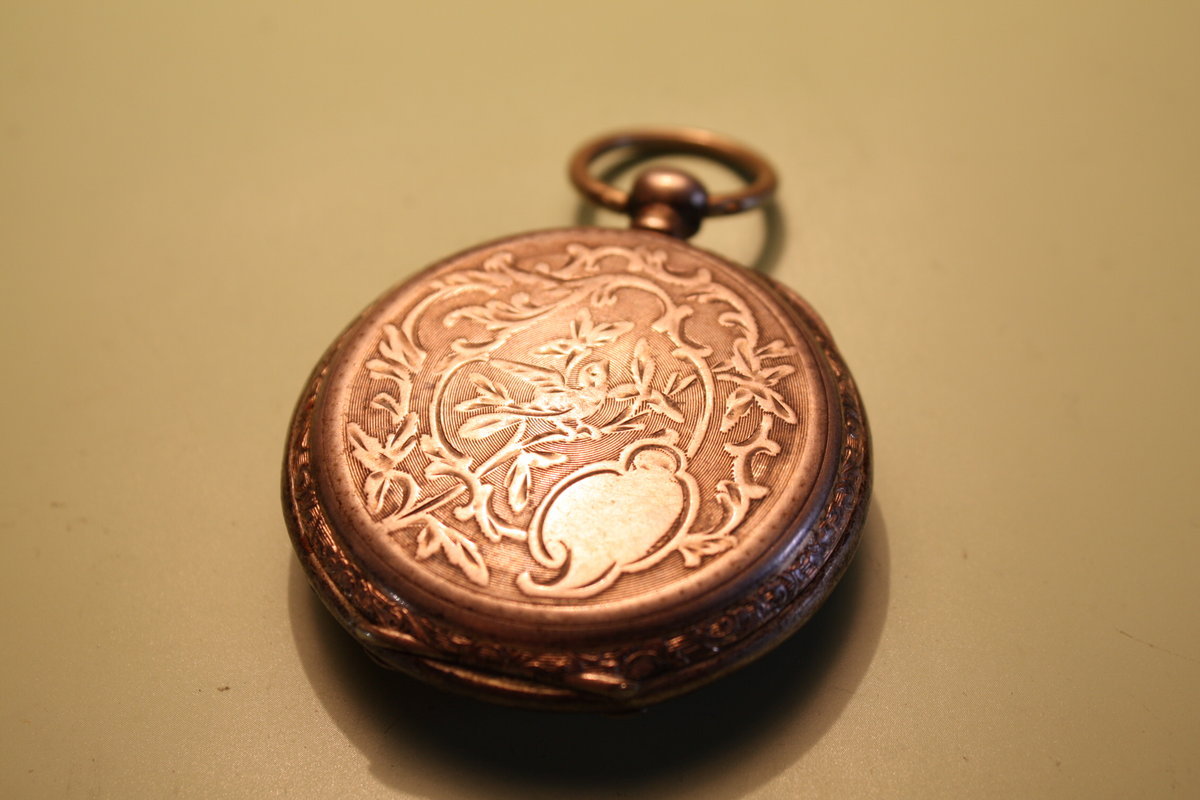 The backcover has a engraved singing bird - nice. 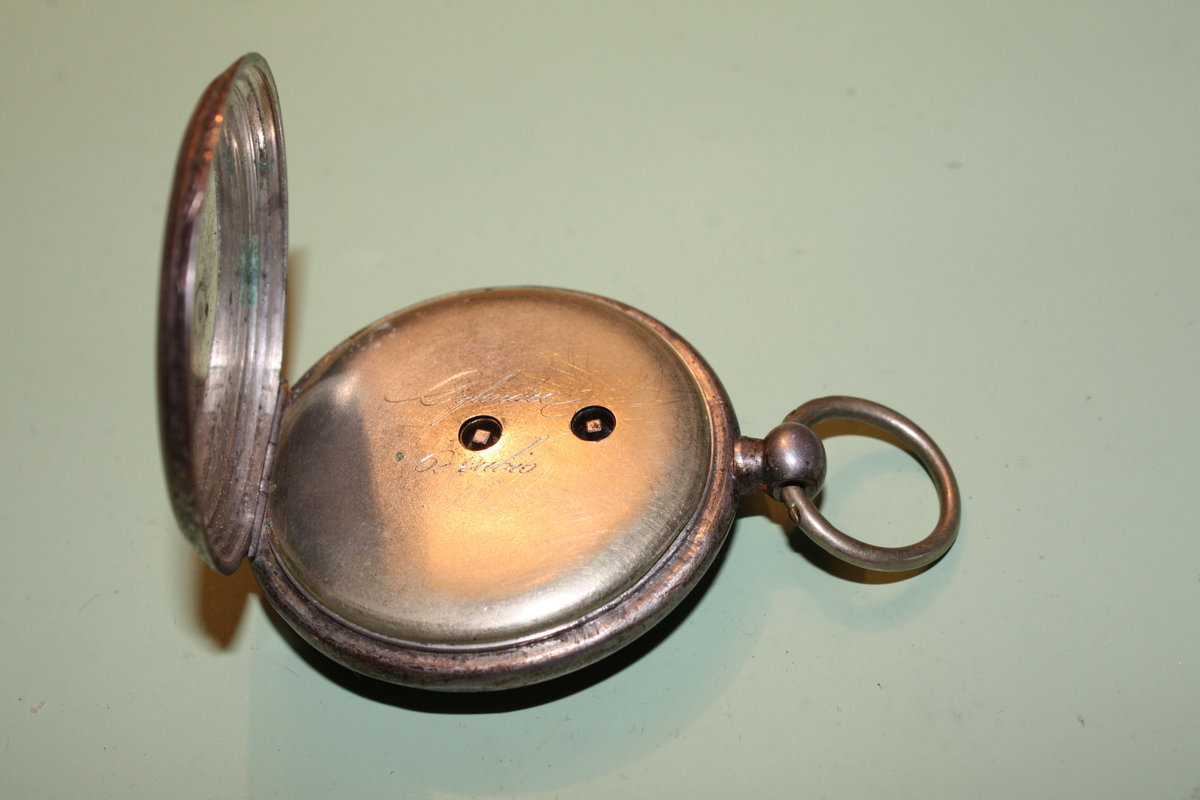 Under the outer caseback lies the inner one which features holes to wind and set the pocketwatch - there is no keyless system here which makes me think it is more late 19th but early 20th century. 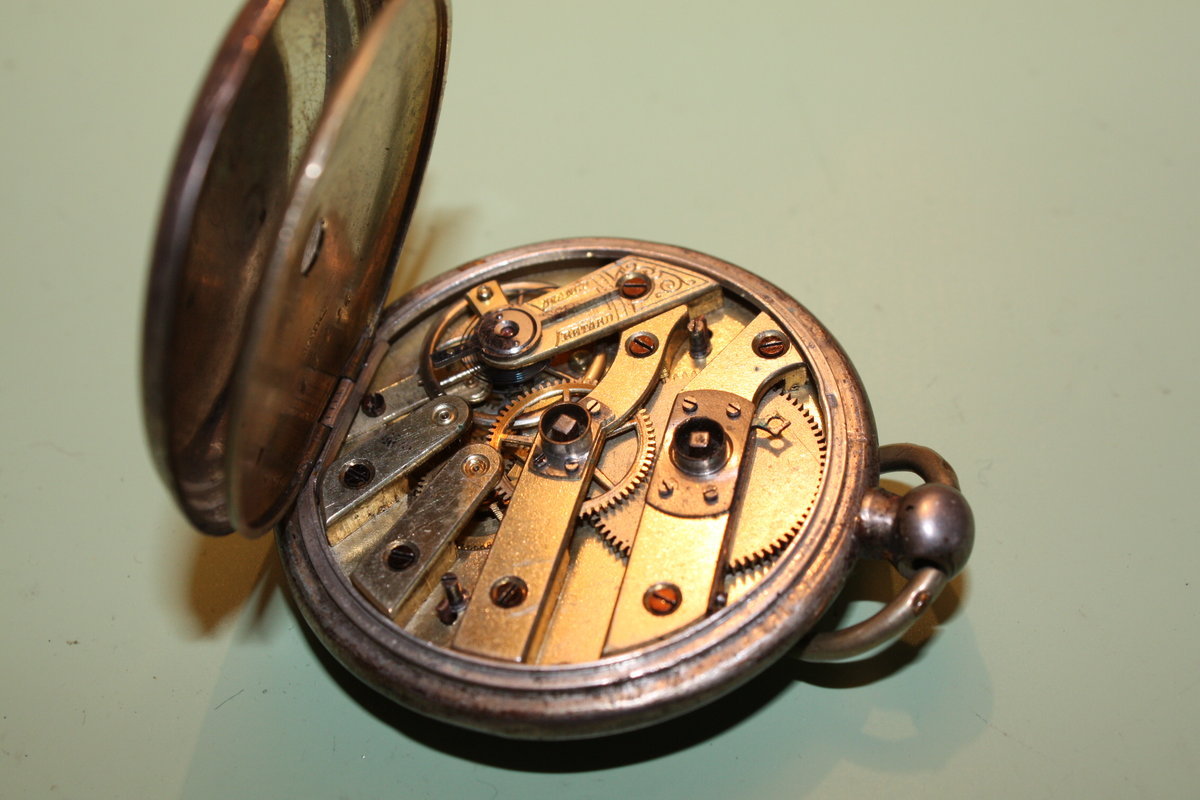 The movement looks okay - some rust here and there as well as hardened grease and oil. 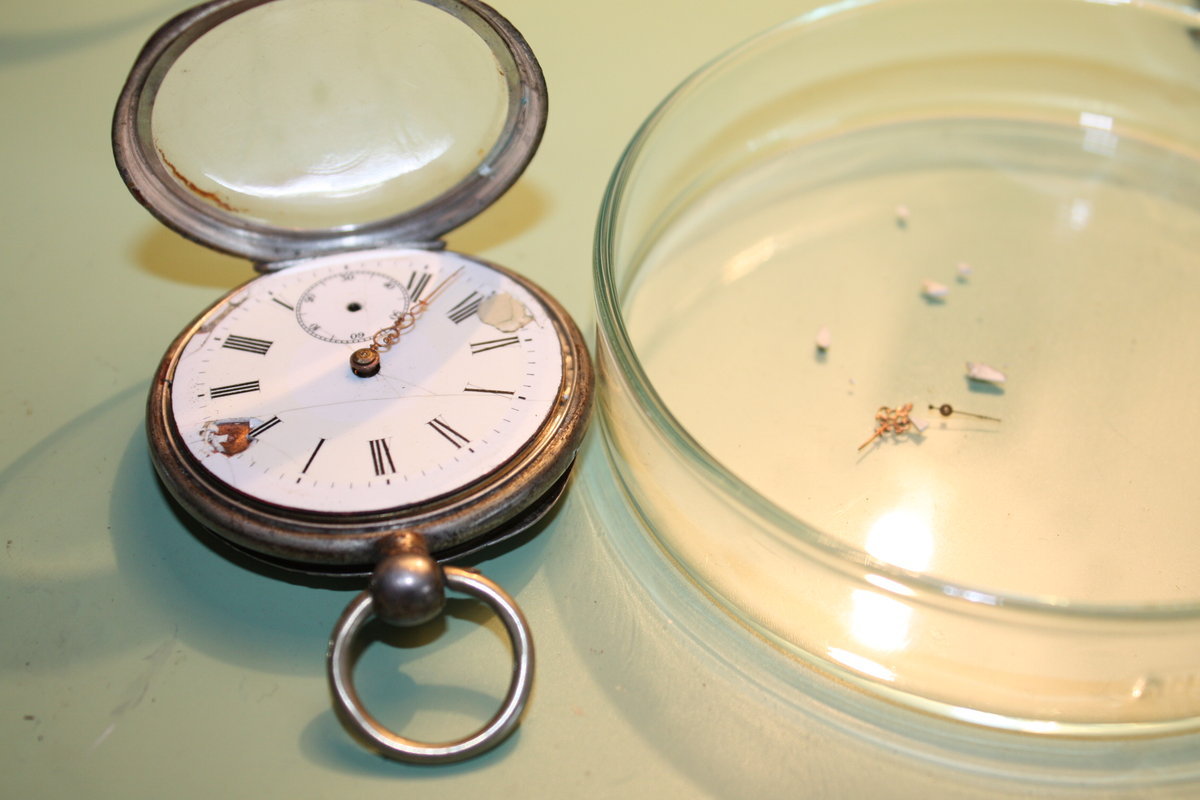 Picking up the pieces... 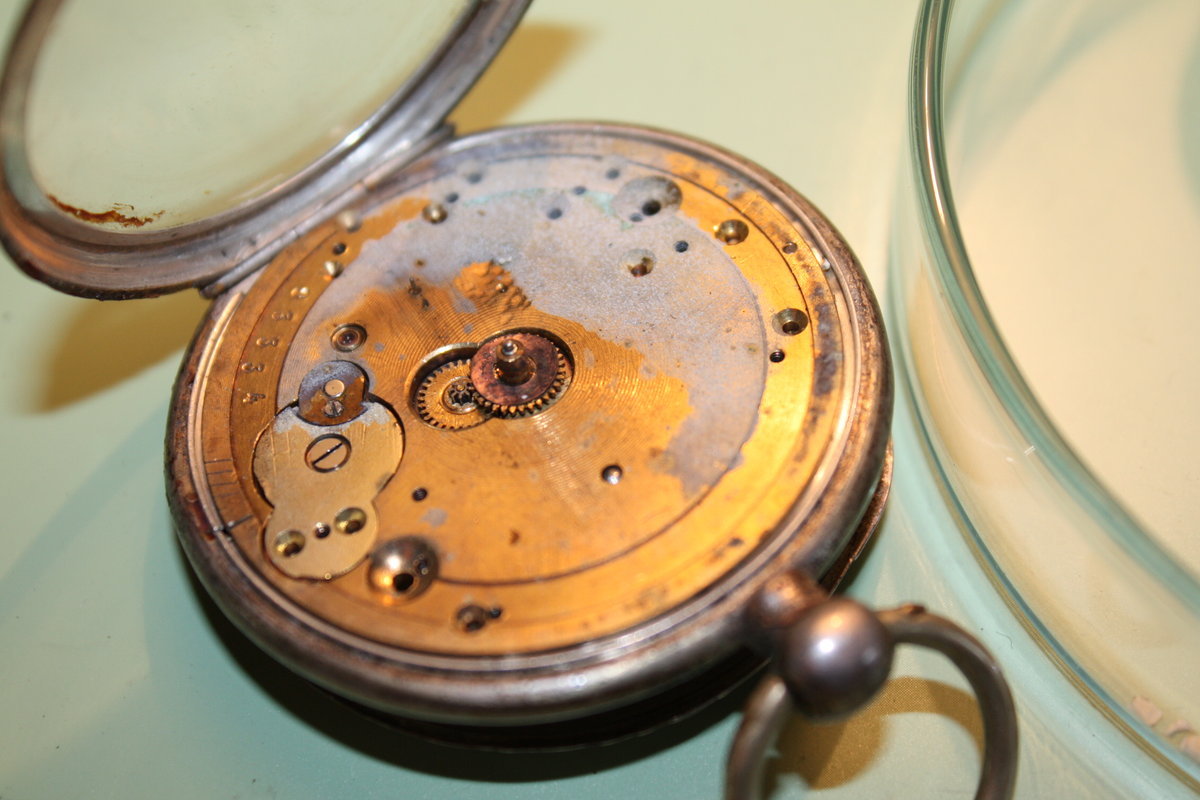 Under the dial a lot of corrosion. 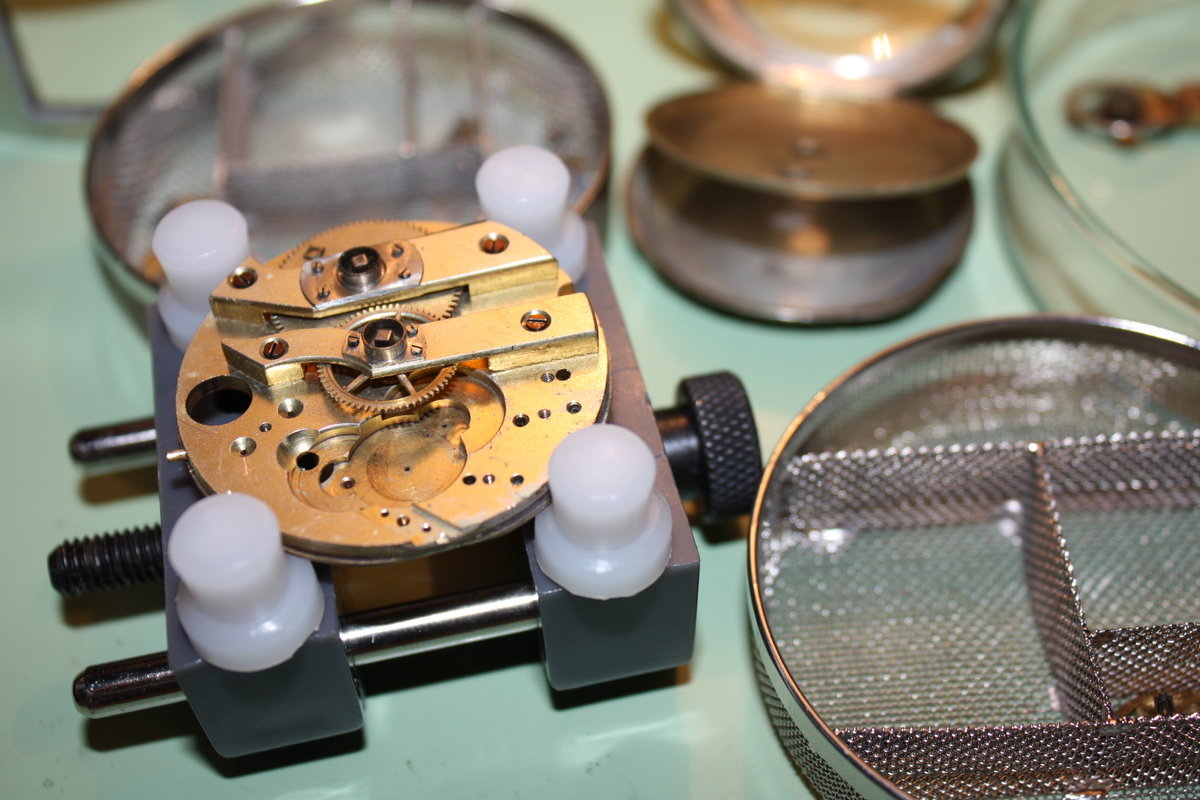 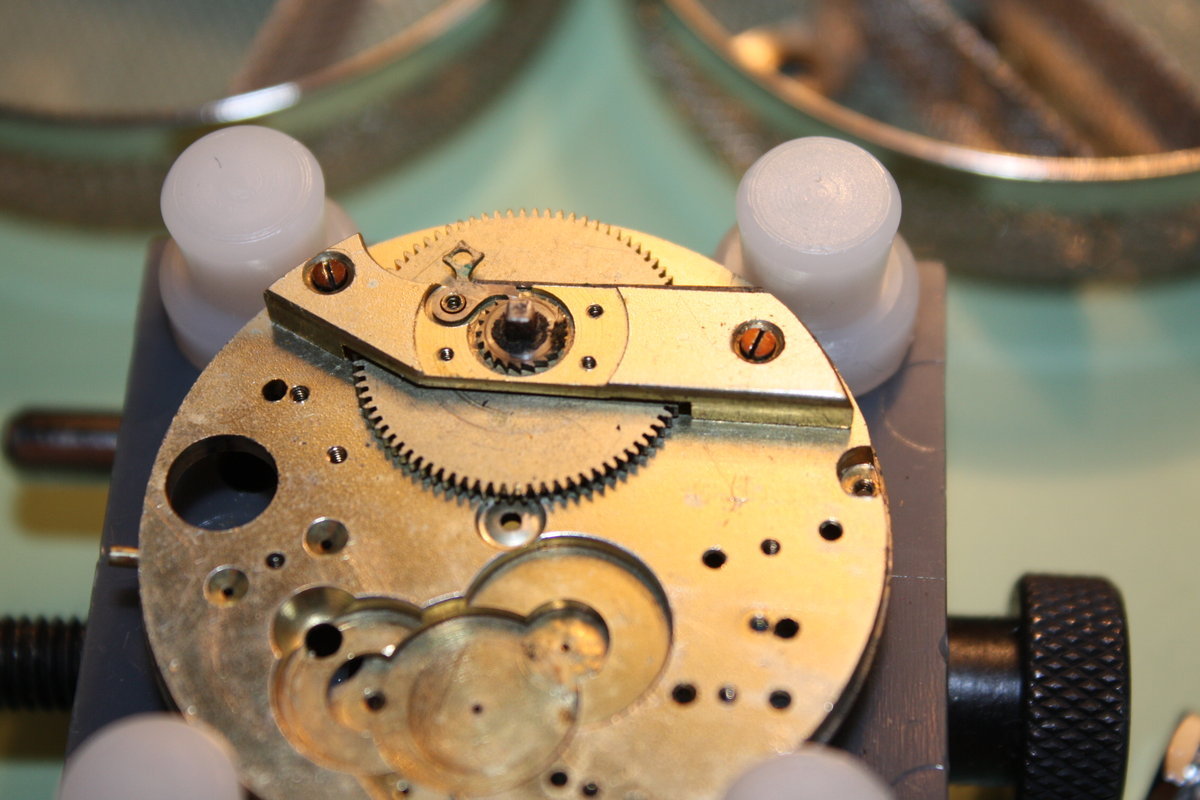 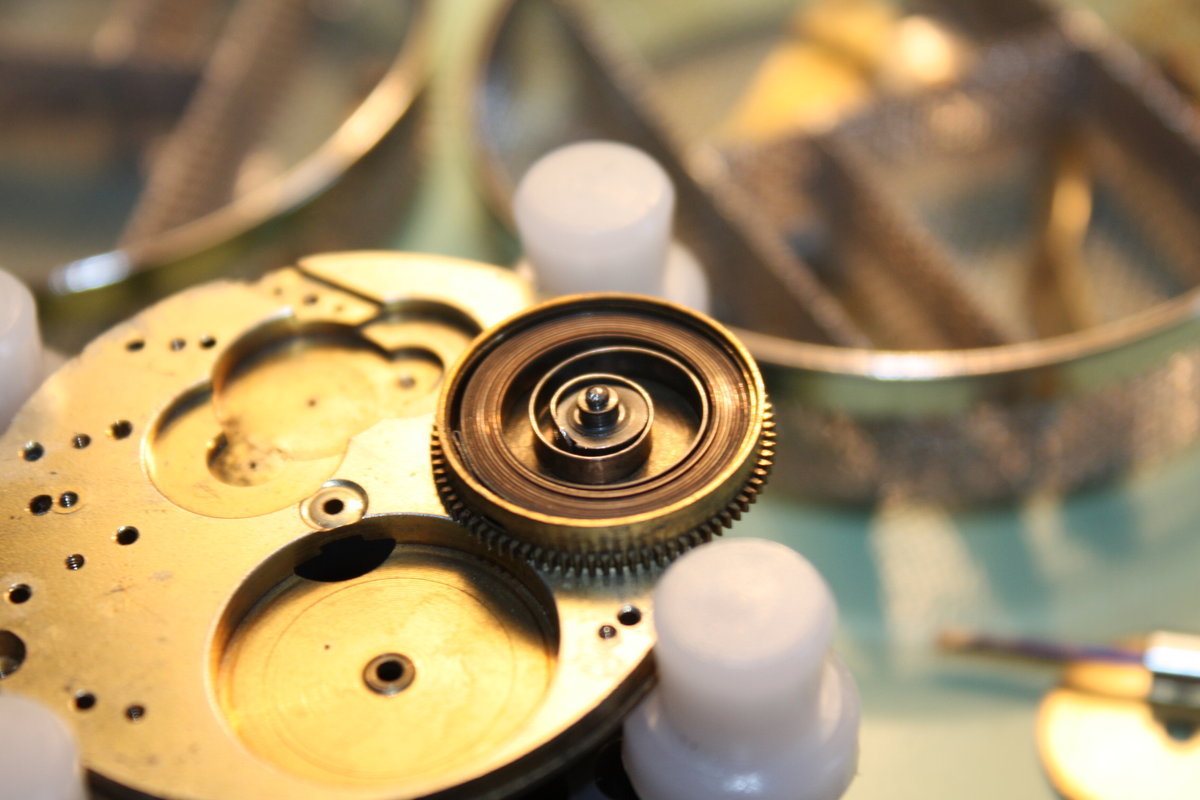 The mainspring inside the opened barrel. 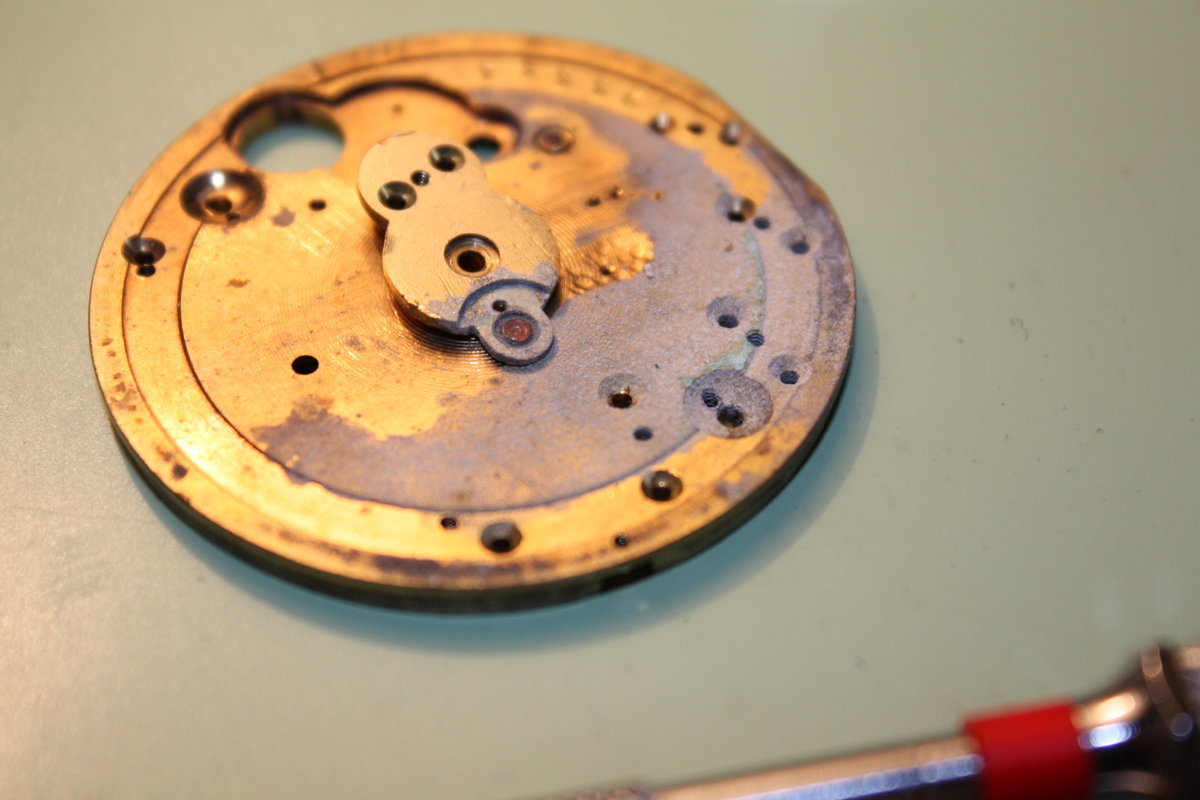 Before removing the corrosion... 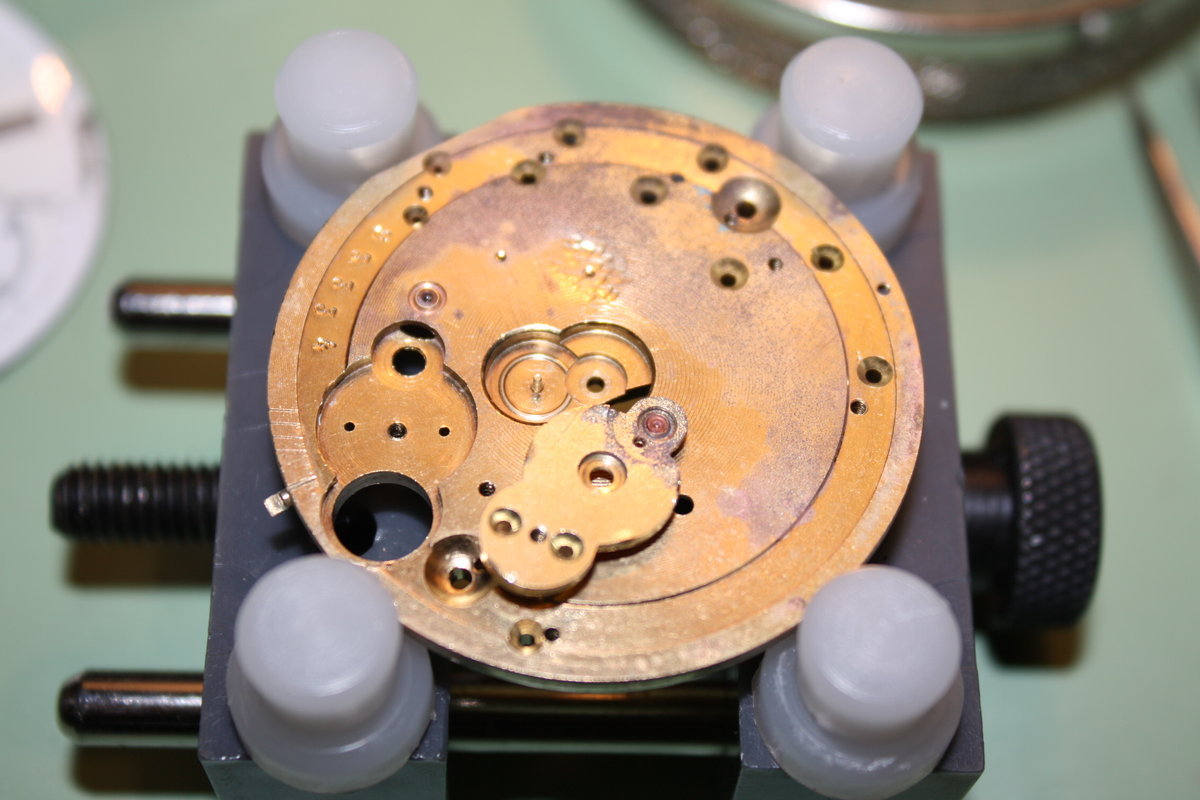 After removing the corrosion. 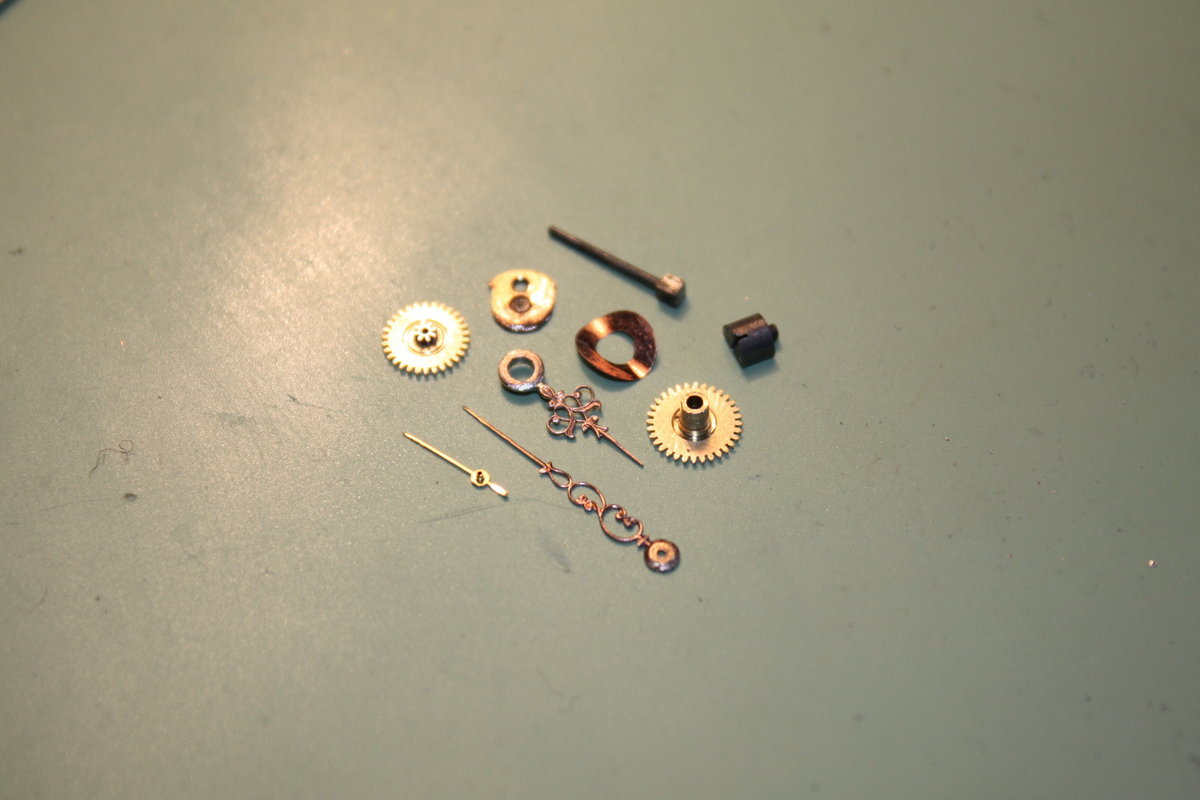 Some small parts - among them the soldered and reshaped hour hand. 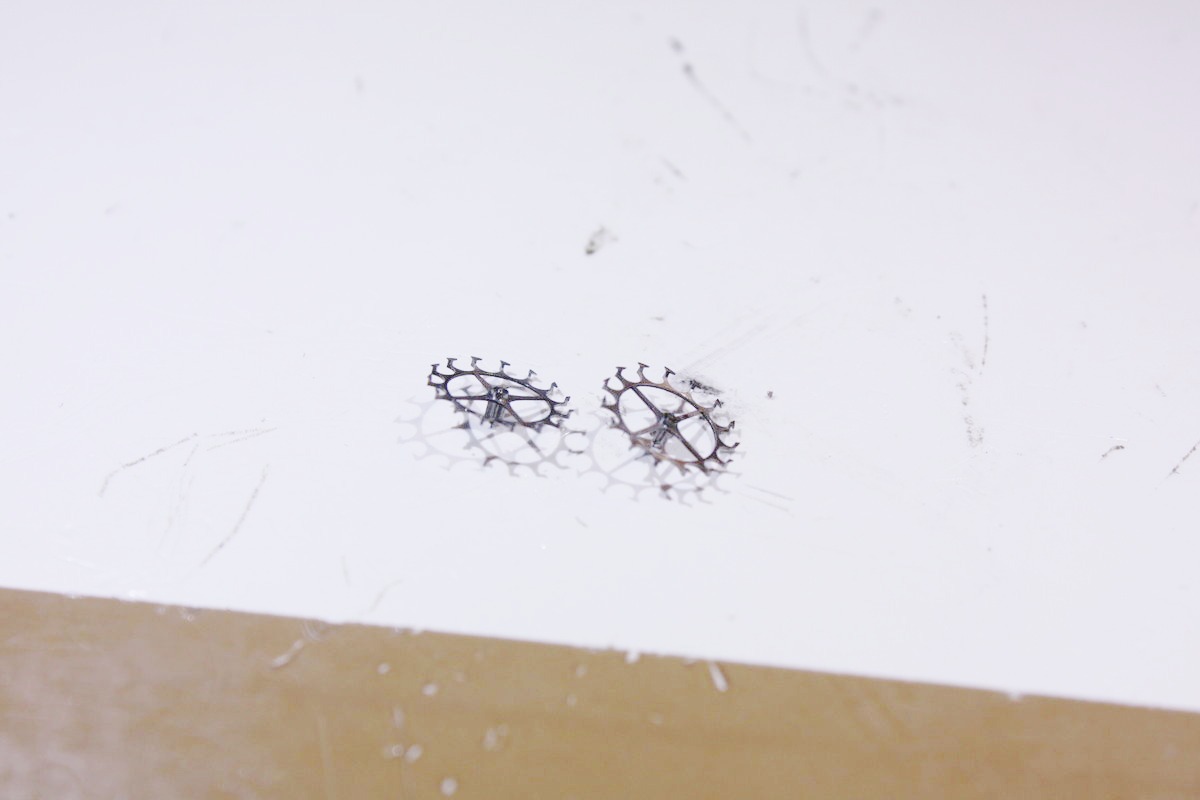 Replacing the escapement wheel - the original left one had a run-down top pivot. 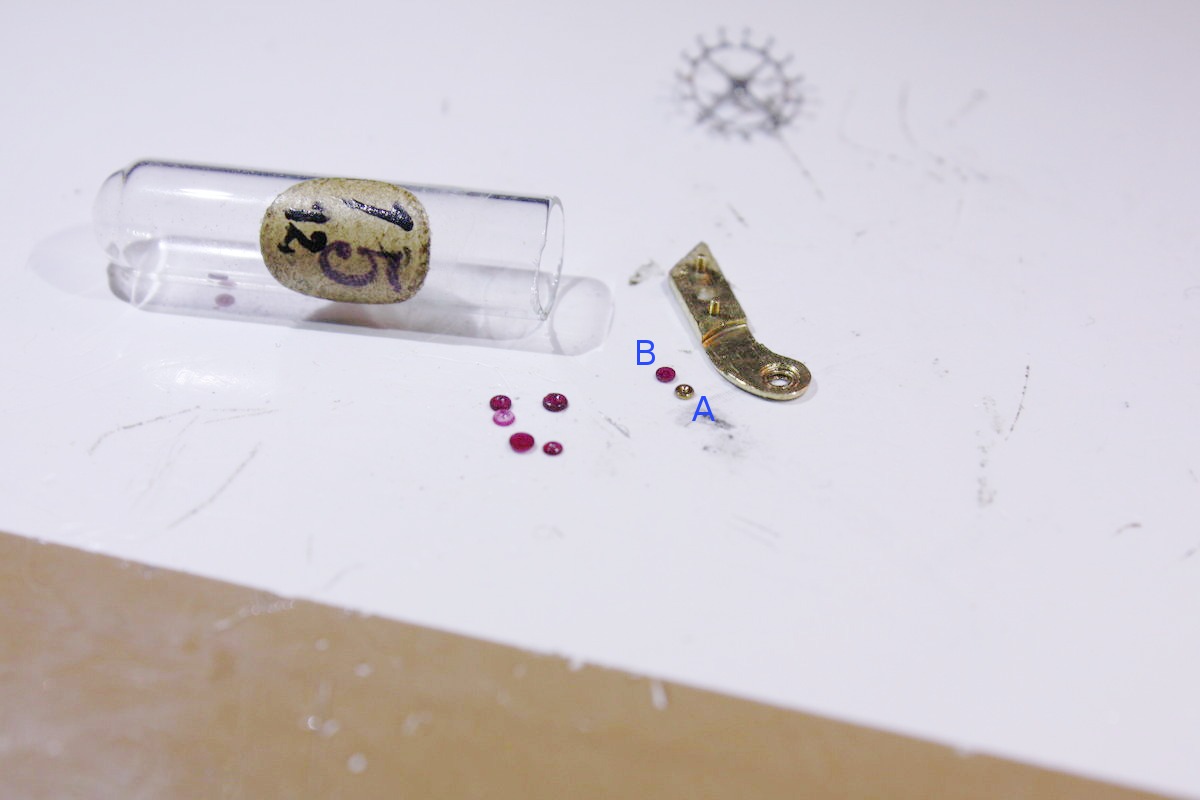 The cause for this damaged pivot was the cheap metal bearing which did not really fit it well (A). I assume it was replaced during a repair in the past as the wheel´s other pivot sat well preserved in a jewel bearing. The picture below also shows the spare jewel which I used to replace it (B). 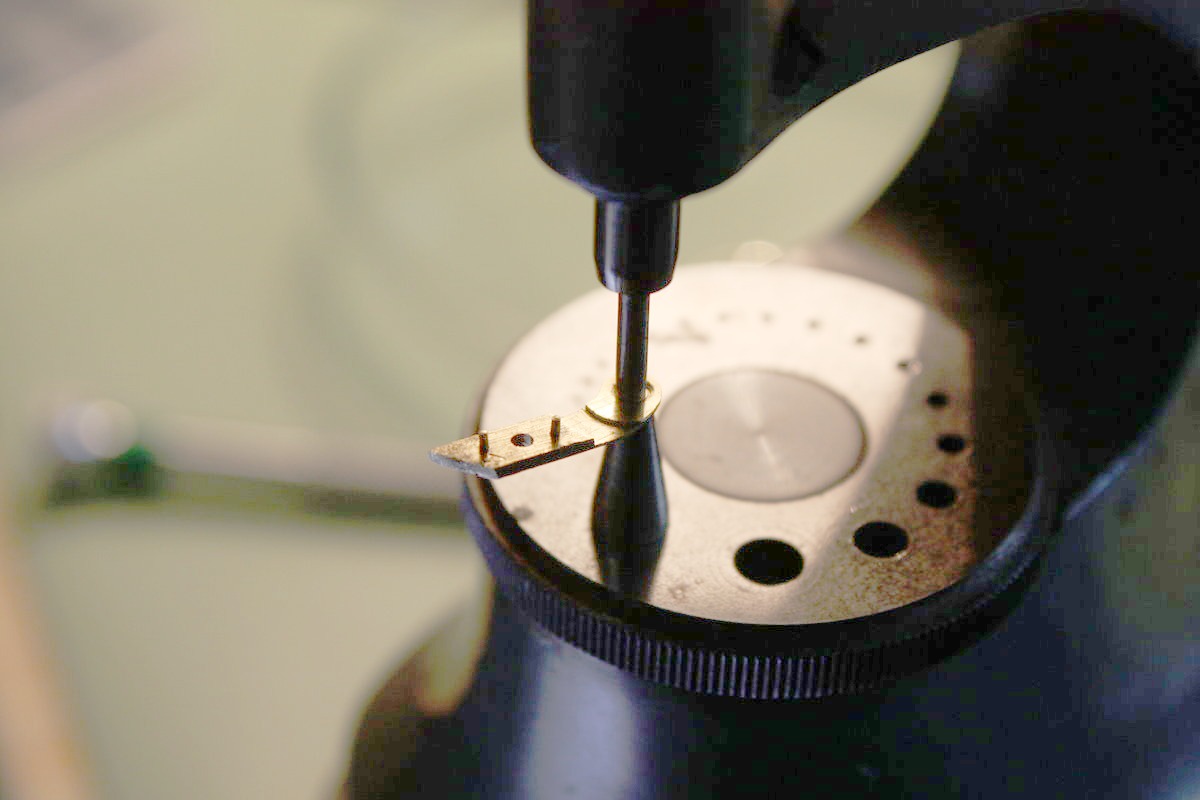 Here the new bearing gets pressed in with the staking tool. 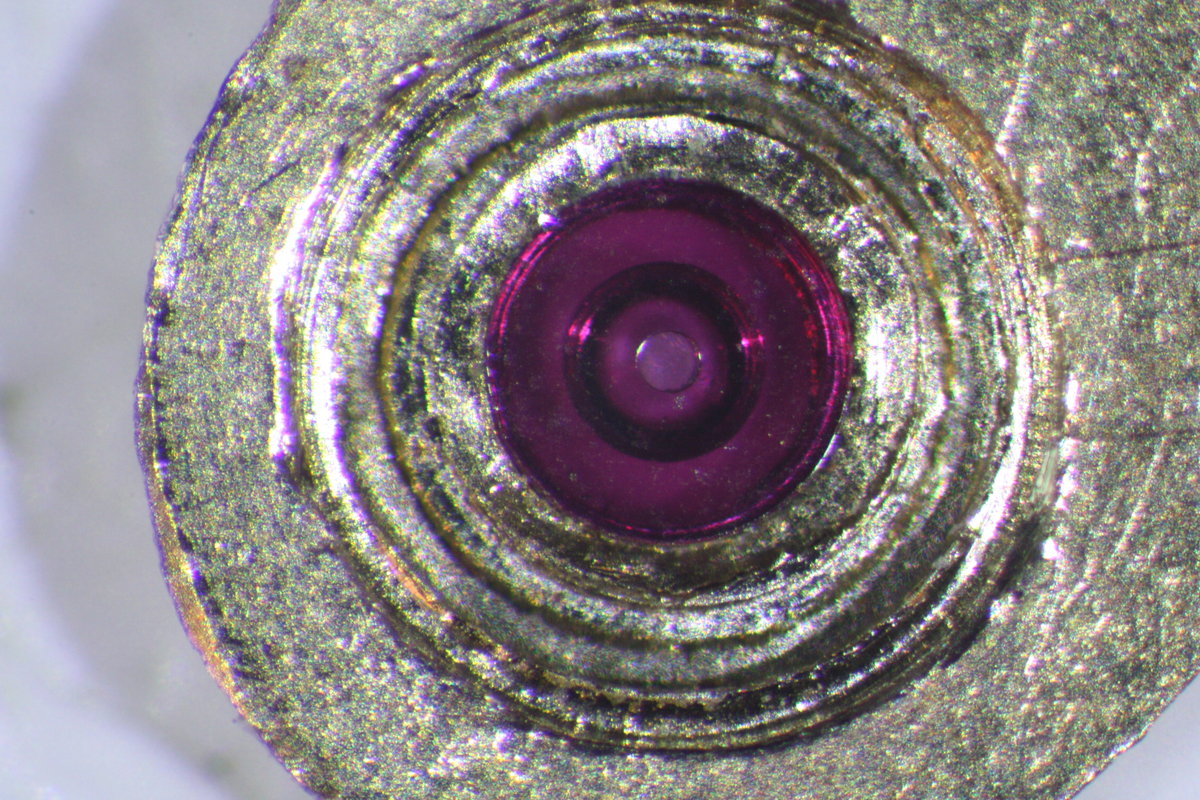 Checking the bearing under the microscope. 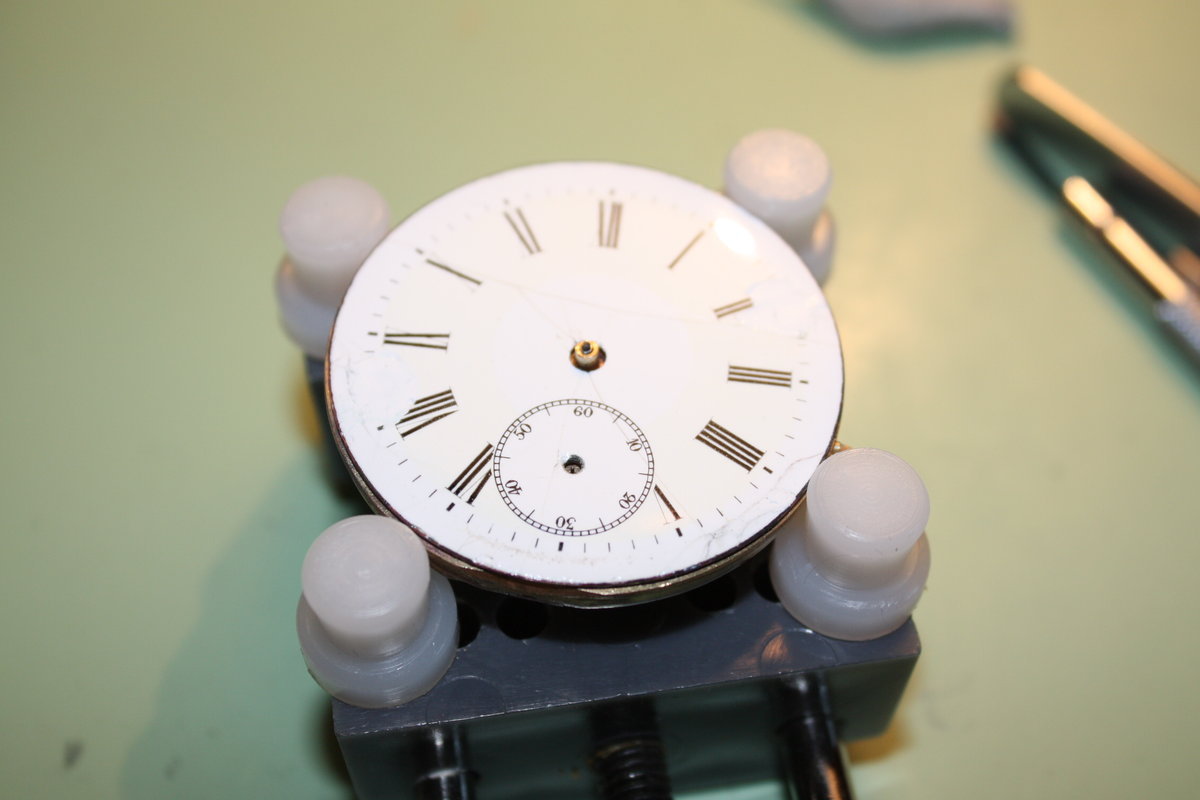 During re-assembly and oiling. On 2 and 8 o´clock positions you can still see where the damages were before I re-enameled the dial.

Finally the finished pocketwatch inside... 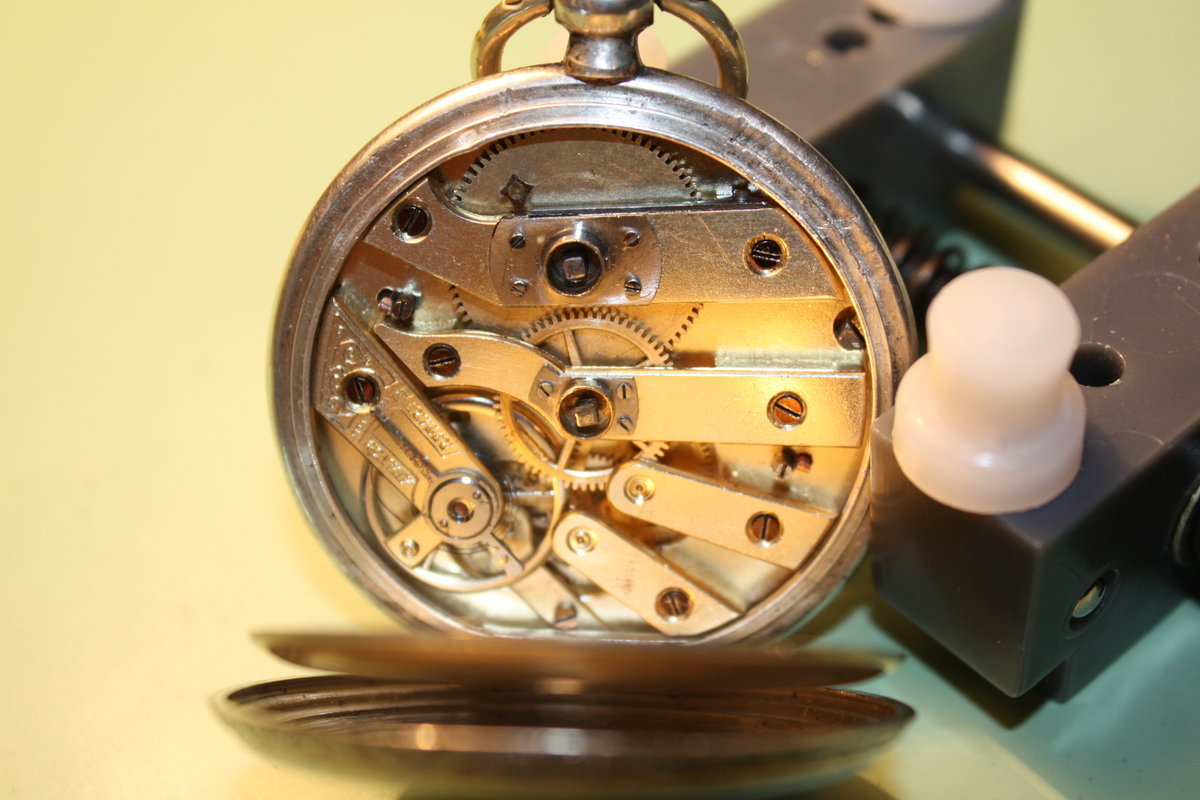 ...and outside...working again. It gains several minutes a day and would actually require some more replacement parts to achieve better results - however considering the low monetary value that is not an option here. 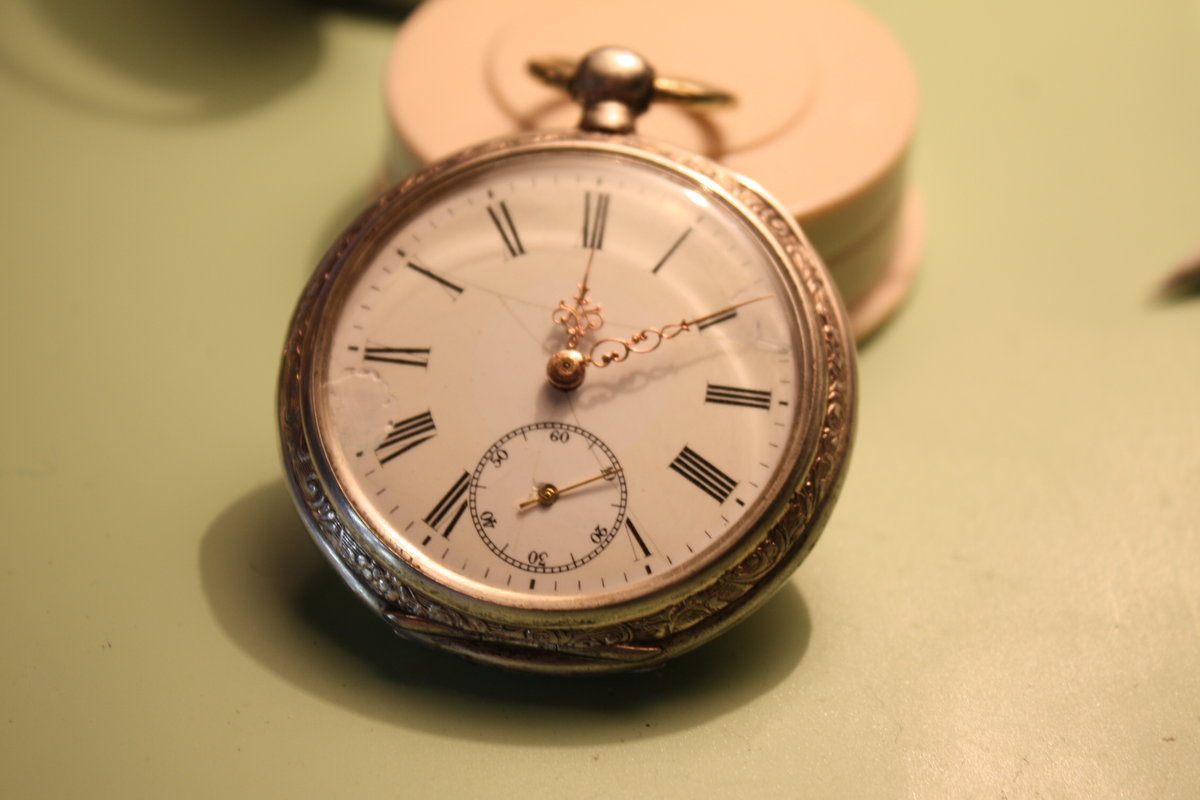